The battle between the Romans and the Parthians- Ephesus 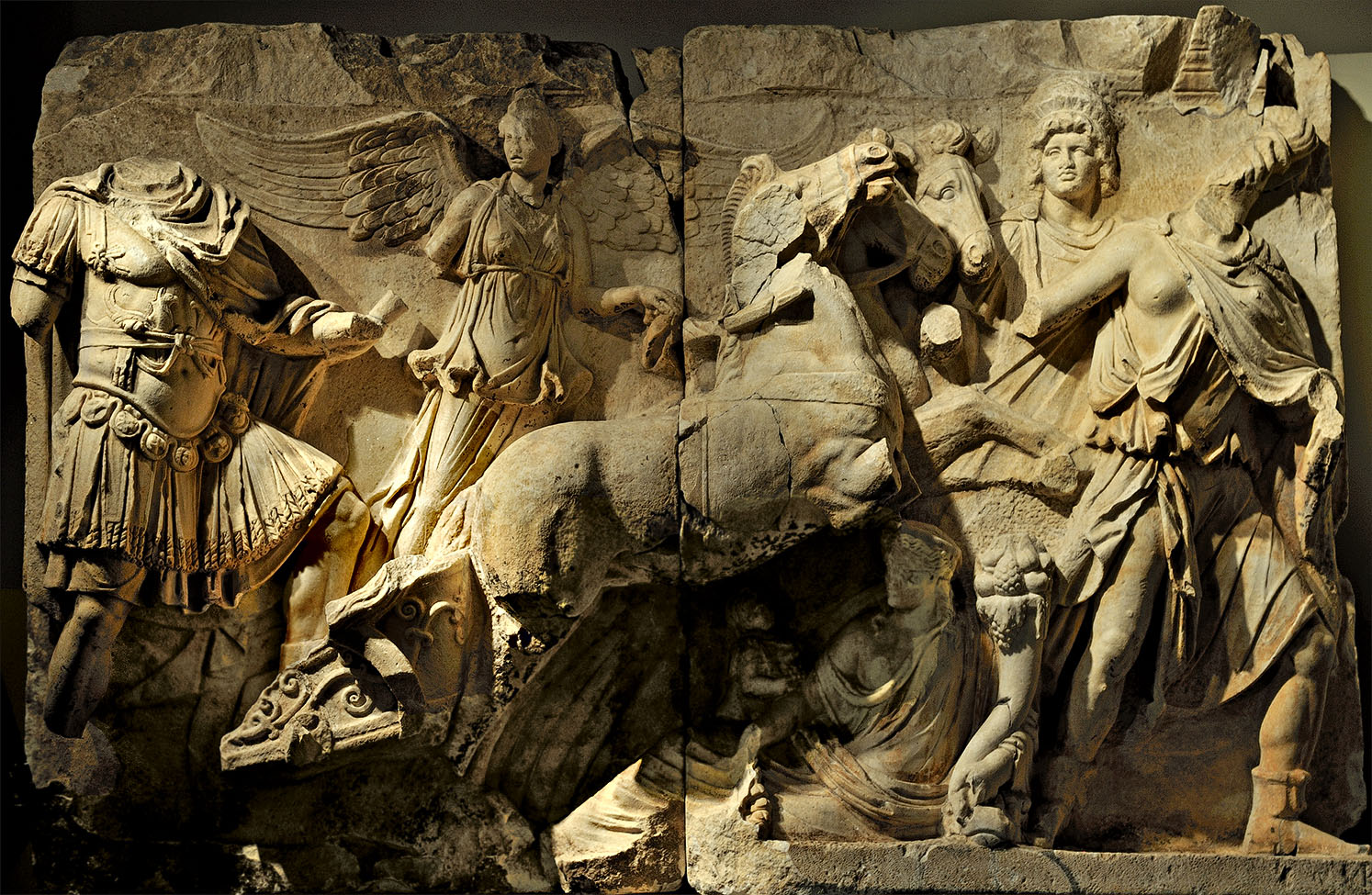 A large part of the reliefs from the Parthian monument was found by Austrian archaeologists in Ephesus from 1897 to 1901. During roughly the same period they were moved, with permission obtained from Sultan Abdul Hammed II to Vienna. Some of these were exhibited for the first time in 1905 in the Vienna History of Art Museum; in 1932 they were moved into Prince Eugene’s old stables. After many adventures during World War II and later, most of the relief plaques with the narrative scenes have today been restored and are exhibited in a separate room in the Ephesos Museum in Vienna. The reliefs which belong to the decorative band are mainly still in Ephesus. 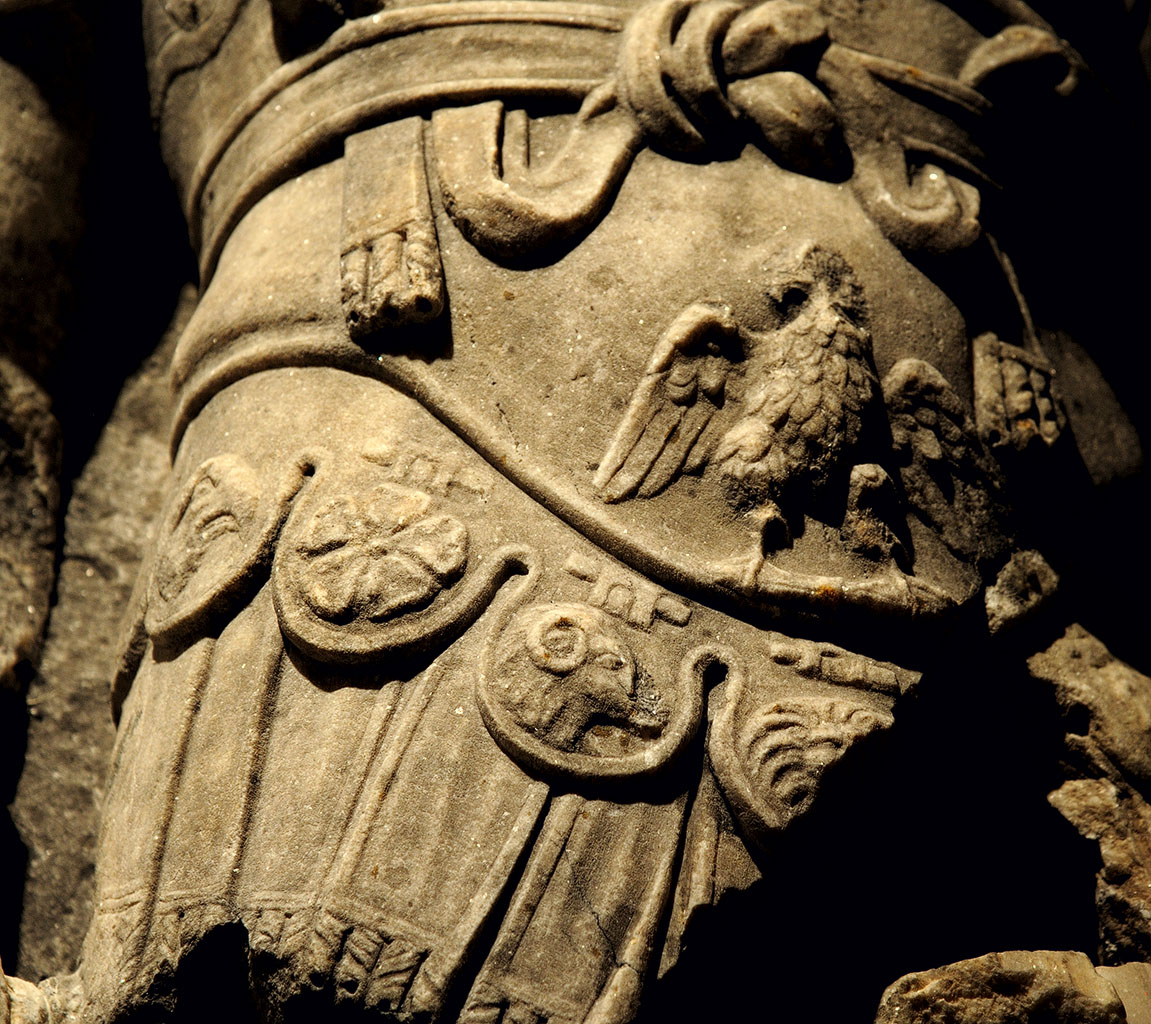 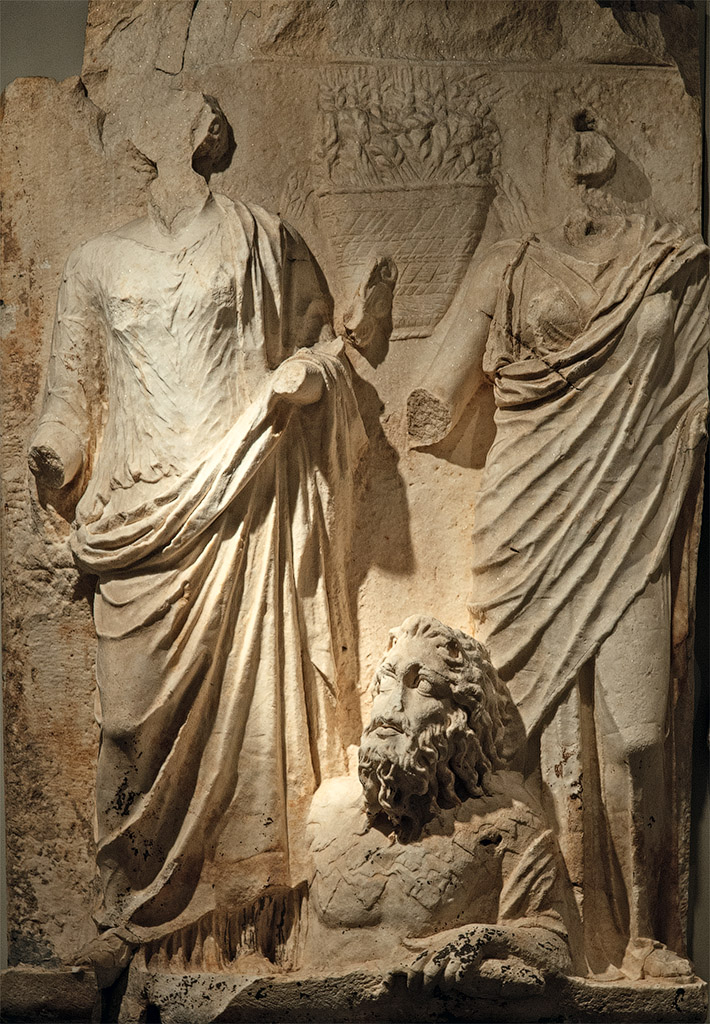 Personifications of Cities: Ktesiphon and Seleukia (?), with a River God. 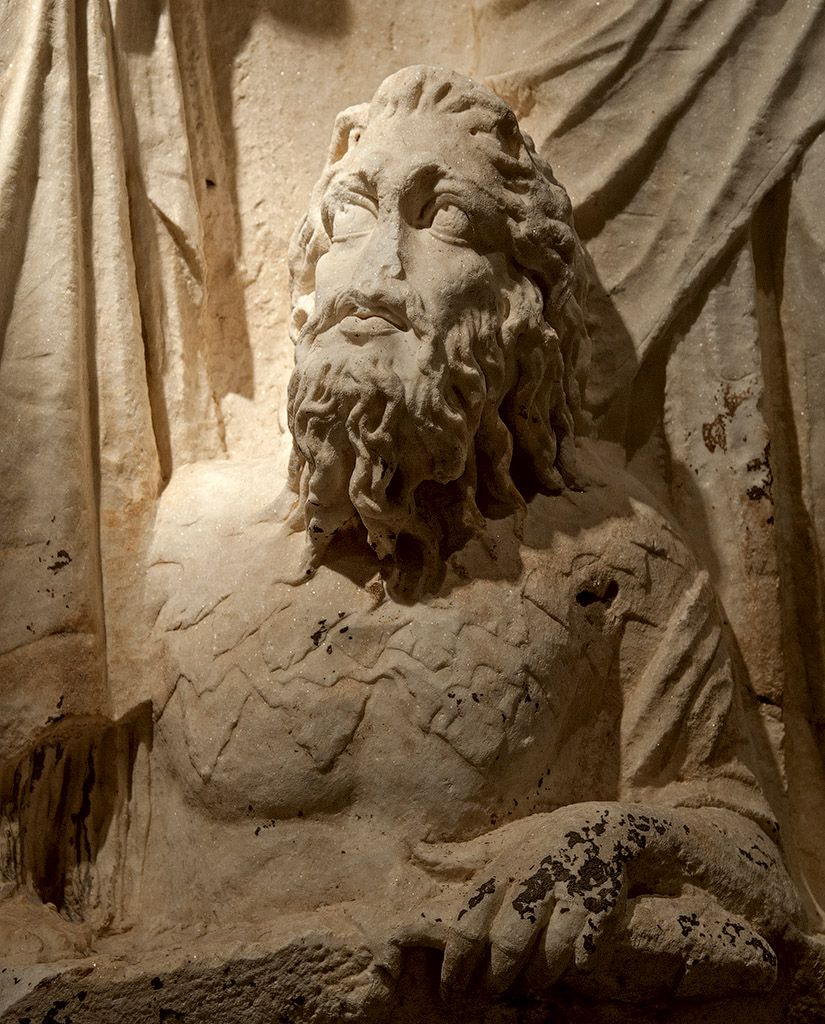 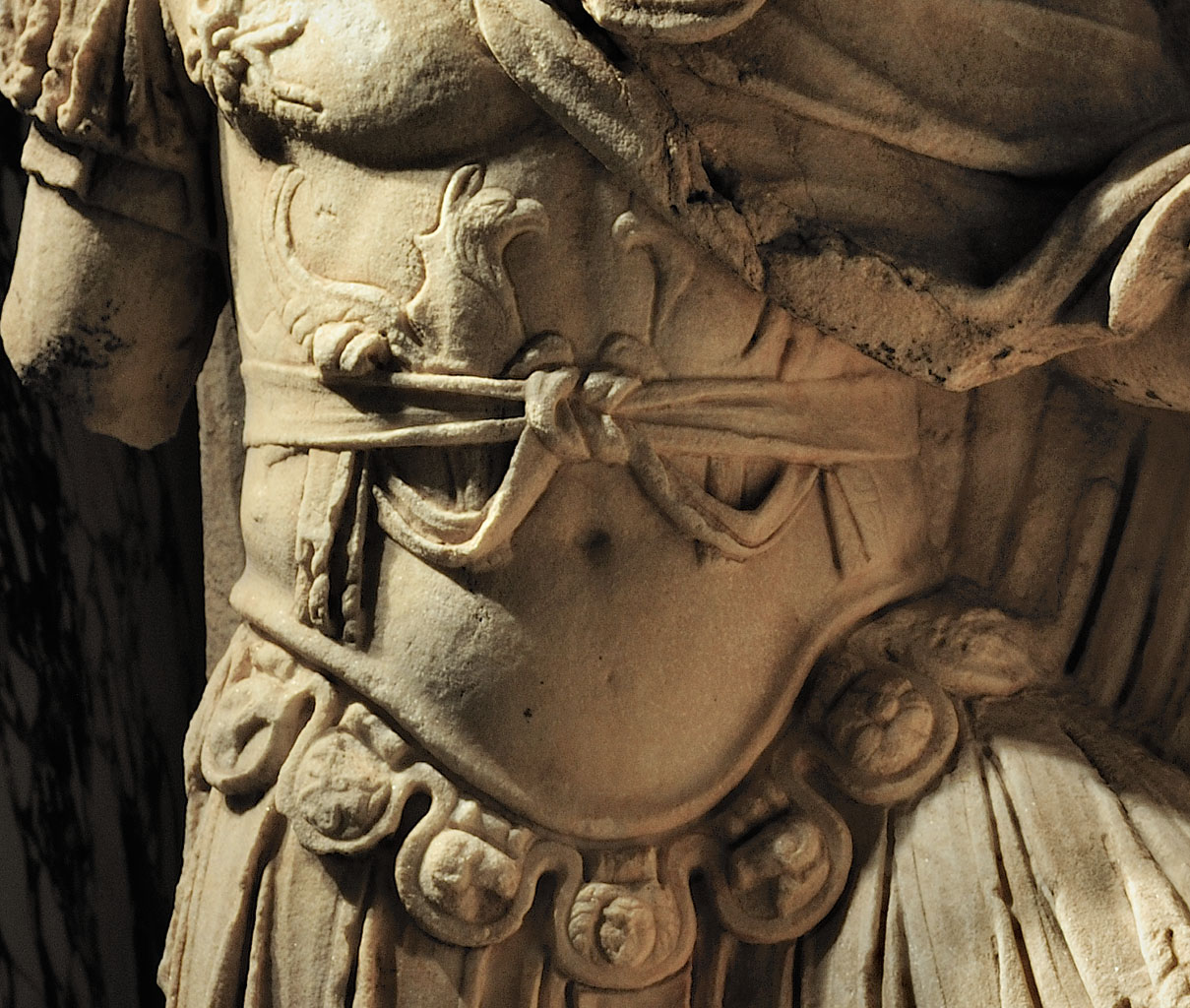 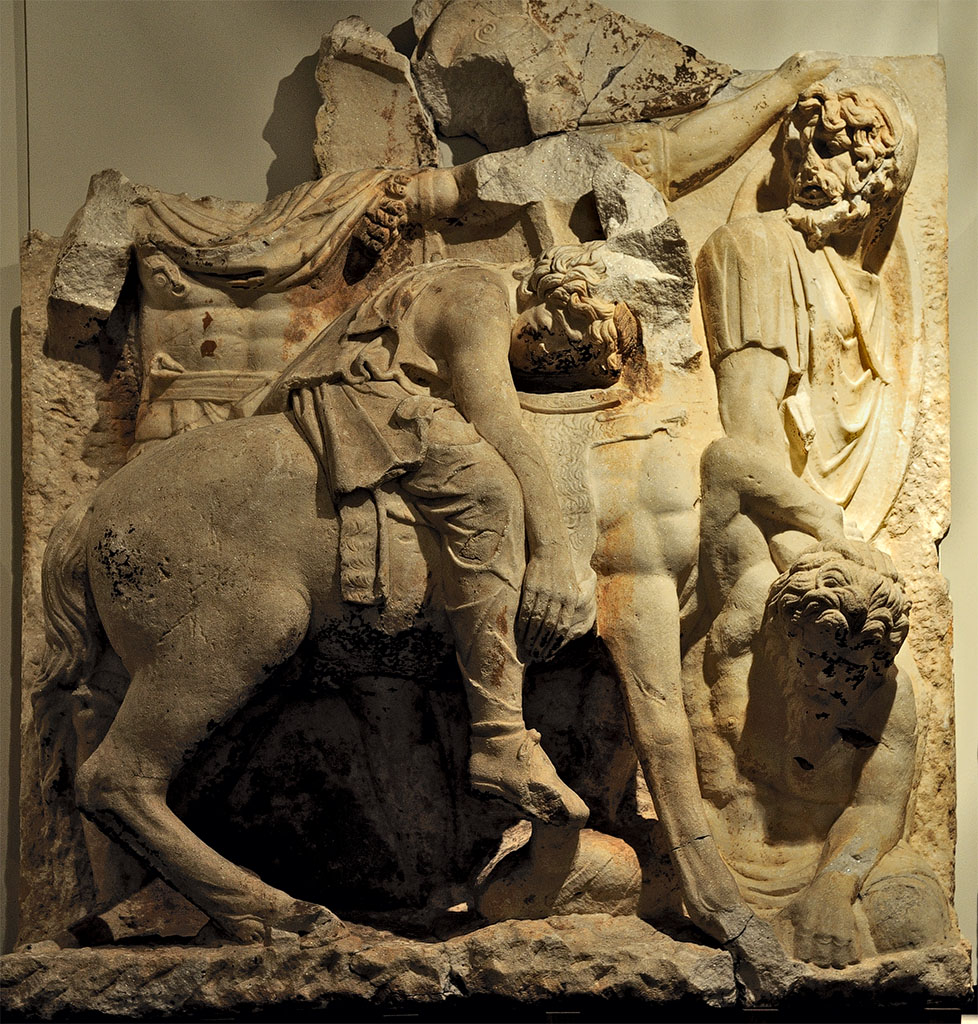 Apotheosis of Lucius Verus
Scene from a cycle “Apotheosis” 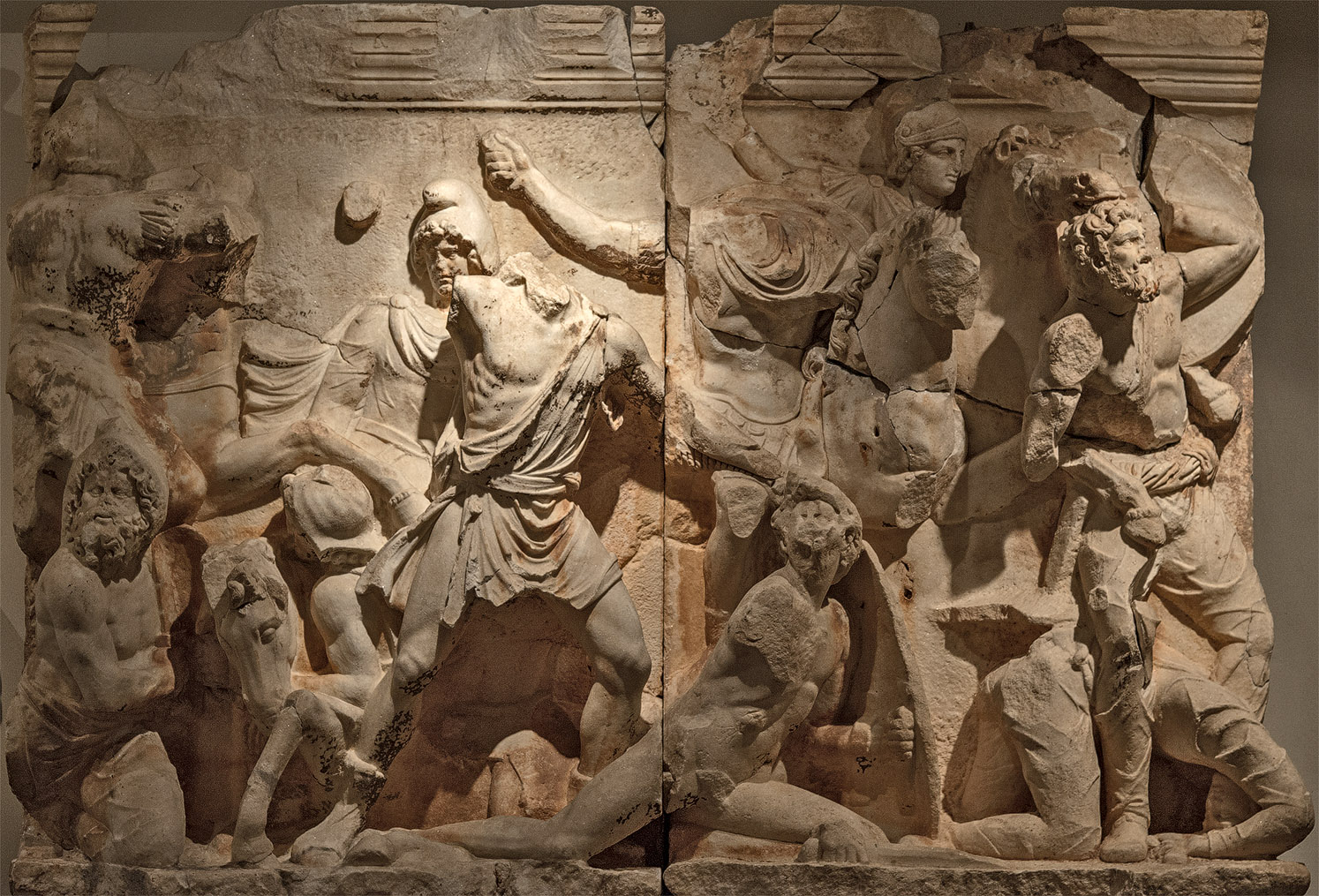 Scene from a cycle “Parthian war” of the Parthian frieze from Ephesos.
Dolomitic marble from Thasos.
After 169 (166?) A.D. 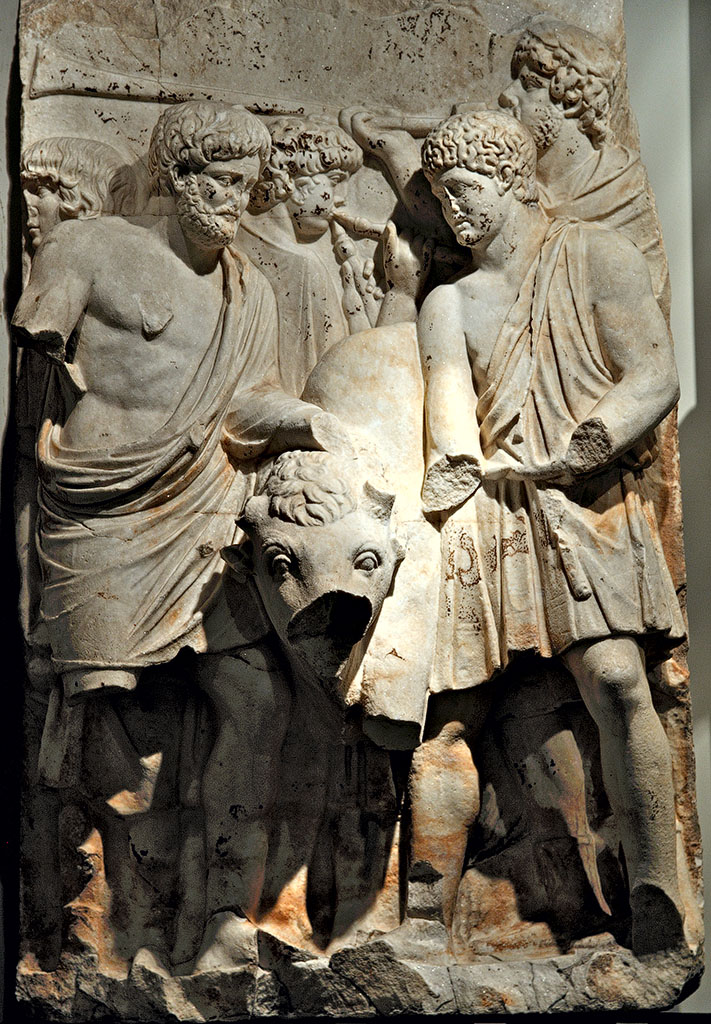 Sacrifice.
A scene of a cycle “Adoption” 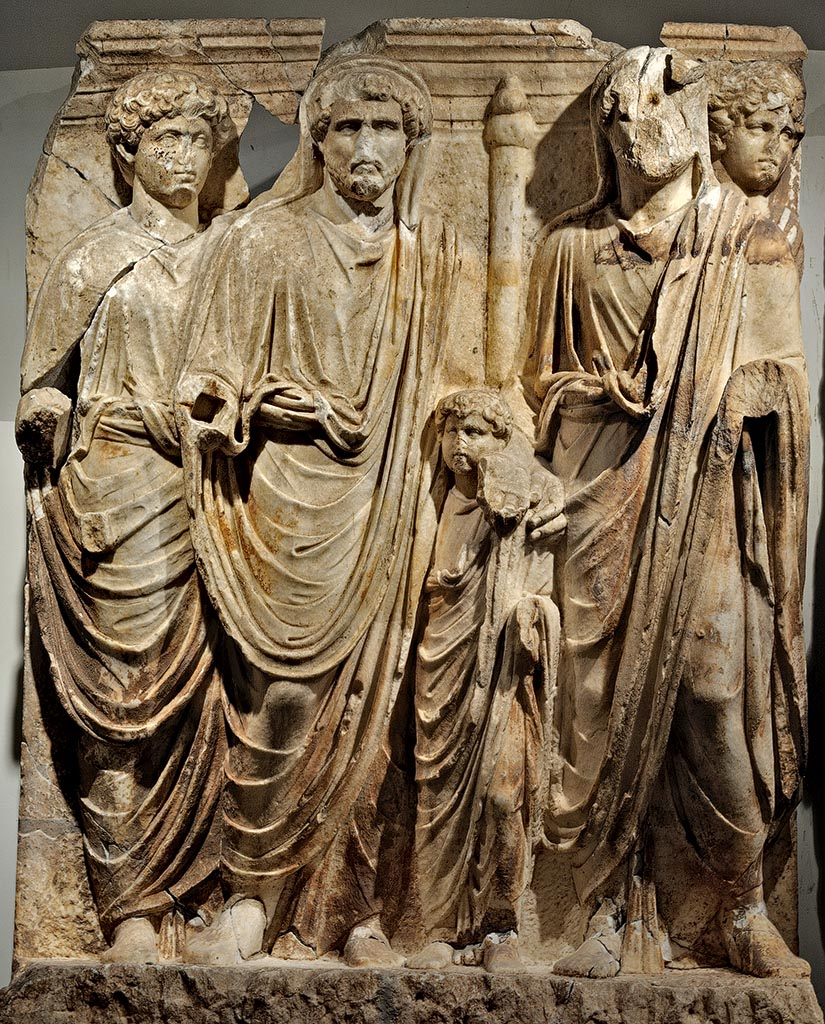 Marcus Aurelius, Antoninus Pius, small Lucius Verus and Hadrian.
A scene of a cycle “Adoption” of the Parthian frieze from Ephesos. 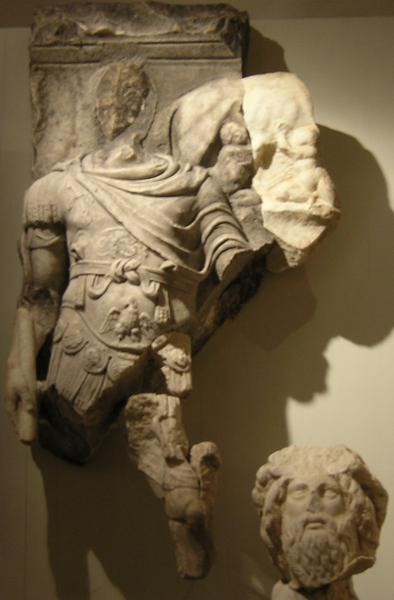 Lucius Verus as Mars(?)
Scene from a cycle “Apotheosis of Lucius Verus” of the Parthian frieze from Ephesos. 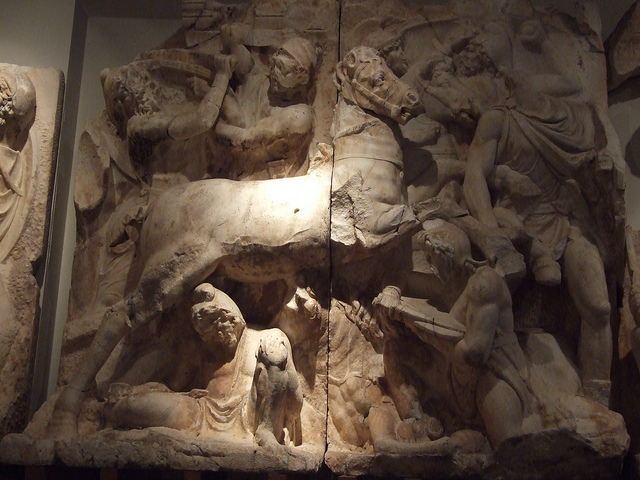 
Parthians, Scythians, Medes, Huns, Avars, Sumerians....
all of them are Turkish People....

If we ask what the ancient writers have left on record with respect to the Parthian nationality, we shall find, in the first place a general consensus that they were Scyths.

"The Parthians" says Justin, in his "Epitome of Trogus Pompeius" "were a race of Scyths, who at a remote date separated themselves from the rest of the nation, and occupied the southern portion of the Chorasmian desert, whence they gradually made themselves masters of the mountain region adjoining it.""

Strabo adds to this that the particular Scyhtic tribe whereot they belonged was that of the Dahae; that their own proper and original name was Parni or Aparni; and that they had migrated at a remote period from the country to the north of the Palus Maeotis (Sea of Azov) , where they left the great mass of their fellowtribesmen.

Some time after this the theory was started that they were Scyths whom Sesostris , on his return from his supposes Scyhtian expedition, brought into asia and settled in the mountain tract sout-east of the Caspian.

We cannot put much faith in the details of any of these various statements, since in the first place, they are contradictory, and in the second they are most of them highly improbable. Sesostris, for instance, if there wver was such a king no more made an expedition into Scythia than into Lapland or Kamskatka. No Egyptian monarch ever penetrated further north than the mountain chains of Taurus and Niphates.

Arrian's story is a mere variant of the tale told to Herodotus and Diodorus, and believed by them of the planting of Scyhtian colonists in Colchis by the hypothetical Sesostris; and it is even more improbable since it makes the returning conqueror depart from his natural course and go a thousand miles out of his way, to plant for no purpose a colony in a region which he was never likely to visit again.

Strabo's migration tale is less incredible, since the tribes to the north of the Euxine and Caspian lived in a constant state of unrest and migratory movements on their part, far exceeding the supposed Parthian movement in the distance traversed, are among the most certain facts of ancient history. But it is diffucult to see what trustworthy authority Strabo could even suppose that he had for his assertions, since the migration of which he speaks must have taken place at least six hundred years before his own time, and migratory races rarely retain any tradition of their origin for so much as a century. Strabo , moreover admits it to be doubtful whether there ever were any Dahae among the Scyths of the Maeotis , and thus seems to cut the ground from under his own feet.

The utmost that can be safely gathered from these numerous and discrepant notices is the conculion that the Parthians were felt by the Greeks and Romans who first came into contact with them to be an alien nation, intruded among the Arian races of these parts, having their congeners in the great steppe country which lay north of the Black Sea, the Caucasus, the Caspian and the Oxus river.

These nations wre nomadic, uncivilises, coarse, not to any brutal, in their habits; of a type very much inferior to that of the races which inhabited the more southern regions, felt by them to be barbarians, and feared as a continual menace to their prosperity and civilisation. There is always an underlying idea of dispraise and disparagement whenever a Greek or a Roman calls any race , or people, or custom "Scythic" - the term connotes rudenss, grossness, absence of culture and refinement - it is not perhaps strictly ethnic, since it designates a life rather than a descent, habits rather than blood - but it points to such a life and such habits as have from the remotest antiquity prevailed, and as still prevail, in the vast plain country which extend from the Caucasus, the Caspian and the mountain chains of the Central Asian regions to the shores of the great Arctic Sea.

It is certain that the inhabitants of this tract have belonged , from a remote antiquity, to the ethnic family generally known as Turanian.

In the south they are of the Tatar or Turkish type; in the north of the Finnish or Samoeidic.

Their language is agglutinate and wanting in inflections; their physique is weak, languid, anaemic, unmuccular ; they have large fleshy bodies, loose joints, soft swollen bellies, and scanthy hair. They live chiefly on horseback or in wagons. Still as enemies, they are far from contemptible. Admirable horseman, often skilled archers, accustomed to a severe climate and to exposure in all weathers; they have proved formidable foes to many warlike nations, and still give serious trouble to their Russian masters.


The Scythian character of the Parthians , vouched for on all hands, and their derivation from Upper Asia, or the regions beyond the Oxus, furnish a strong presumption of their belonging to the Turanian family of nations.

This presumption is strengthened by the little that we know of their language. Their names, when not distinctly Persian, which they would often naturally be from conscious and intentional imitation, are decidedly non-Arian and have certain Turanian characteristics. 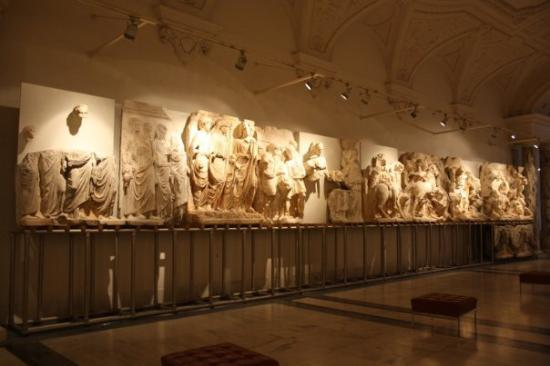 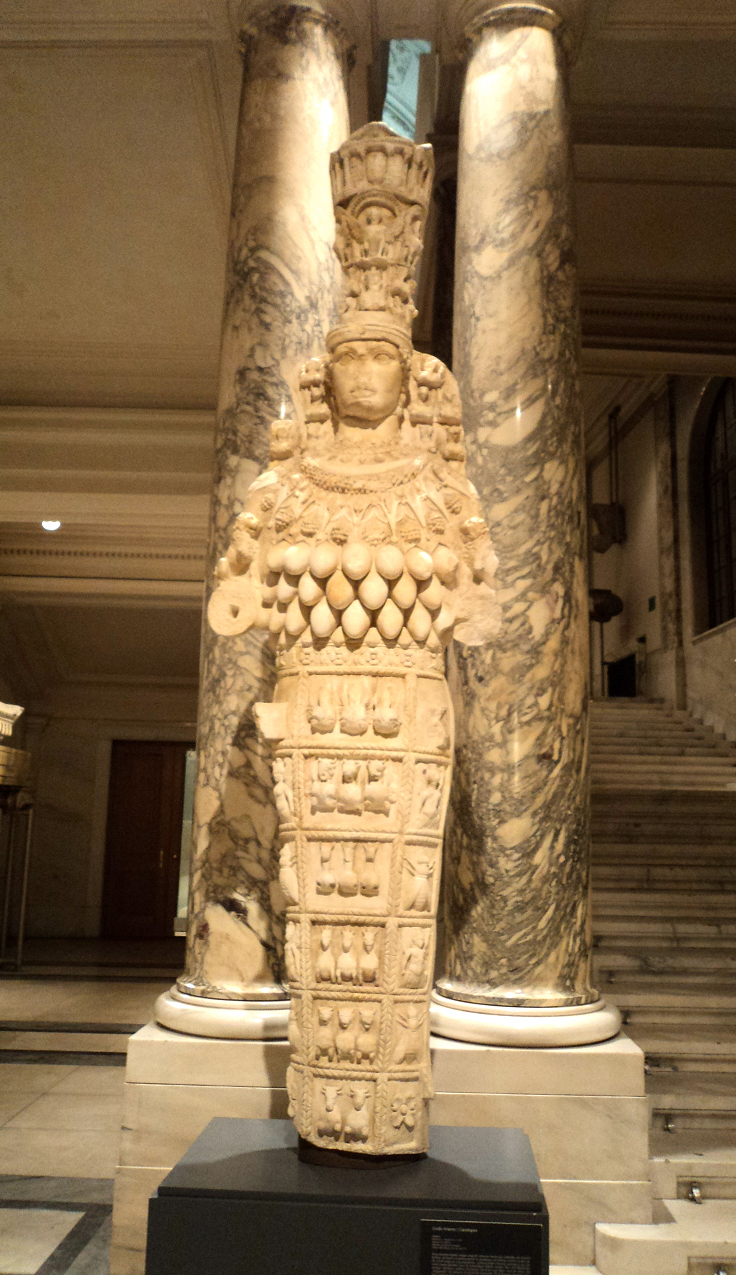