"....the bones, not cremated, were lying in disorder and the body seemed to have been simply shoved
into the hole. With it were....

b. in the entrance of the outer grate-tower was found a small limestone stela, very crudely engraved with
a representation of a seate human figure.

c. above the stone conduit and just in front of the blocking-wall were skull and some other bones of a
HORSE or HORSES, part of a human skull...."

Carchemish : report on the excavations at Djerabis
on behalf of the British museum: BOOK 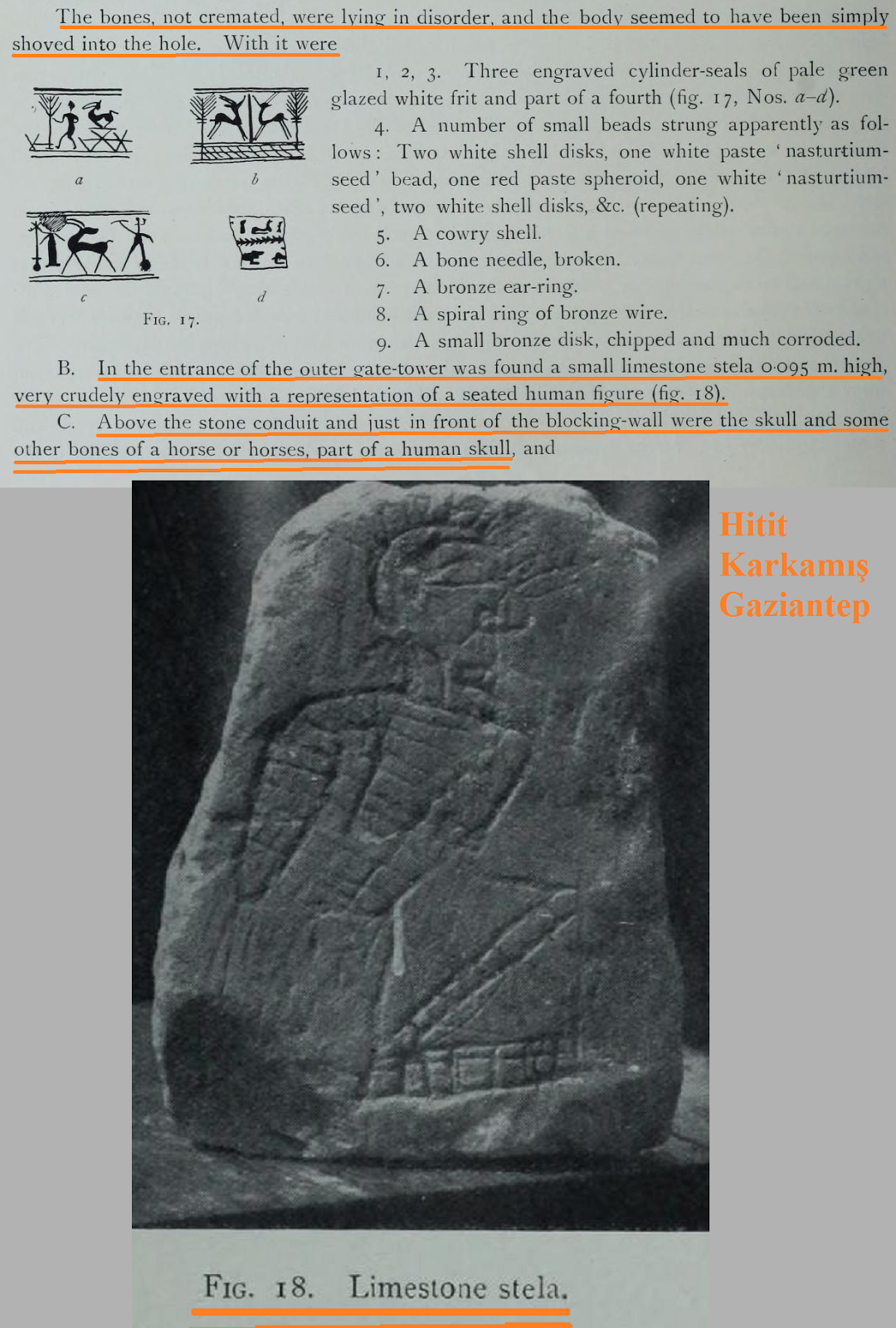 DATA ON HORSE BURIALS ARE MORE SCANTY ,
BECAUSE THEIR REMAINS WERE NOT ALWAYS COLLECTED. AND SOMETIMES WERE NOT EVEN
MENTIONED IN THE RECORD OF EXCAVATIONS....!!!

Skeletal remains from the older Hittite empire were found in two tombs at OSMAN KAYASI near HATTUŞA ;
one tomb may be dated between the 17th and 15th centuries,
the second between the 15th and the 14th.

Each tomb contained an adult animal standing 14 to 14.1 hands high and several horses of smaller size.
The limbs of the larger horses are more slender than
the limbs of European horses of the smae size,
and it is tmepting to see in them representatives
of the fine oriental breeds.

Coming to the Iron Age, late Hittite tombs at NORŞUN TEPE (*) in eastern ANATOLİA, of the 7th century
BC contained two stallions and a mare.
The stallions stood 14 to 14.1 hands high, the mare only 12.2….

From the book:
An Early History of Horsemanship ,1985
By Augusto Azzaroli
link

(*) In the eastern part of Anatolia  lived Scythians and Cimmerians to! 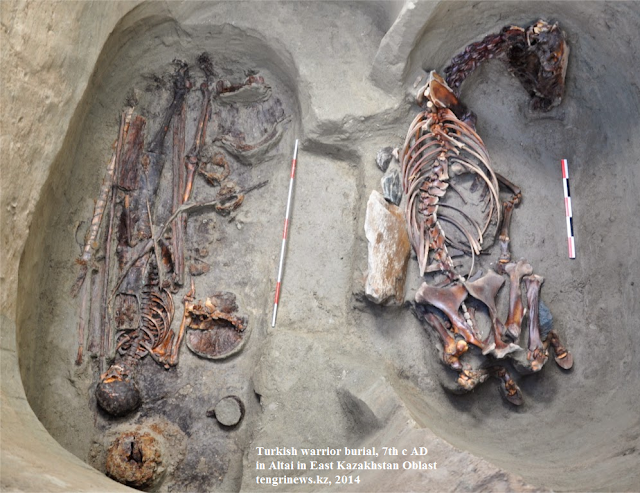 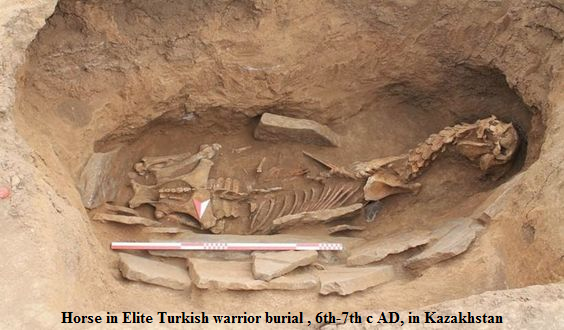