(...) the Etruscans appear to be an original Turanian race which formed the underlying stratum of population over the whole world, and which cropped up, like the Basques in spain, in that part of taly and Etruria."

"Like all Turanians, the Etruscans were a tomb-building race."

"Hence, we meet in America temple-tombs (the pyramids of Mexico were undoubted temple-tombs) an animistic belief, tent life, language in agglutinative phase, etc. Many other features, counterparts of which will be found occuring in the Turanian stage of the eastern world, will be met with in Mexico and Peru, all the necessary growth of that phase of civilisation". 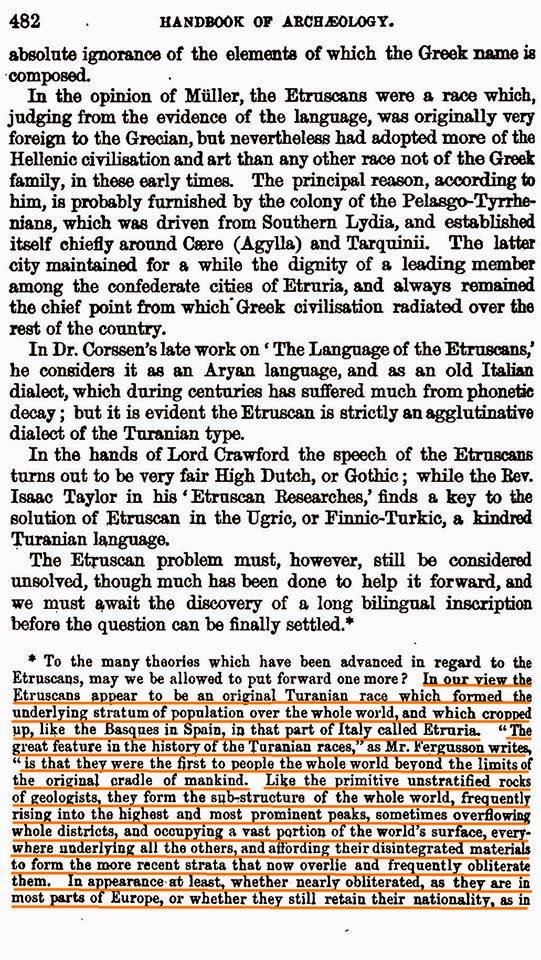 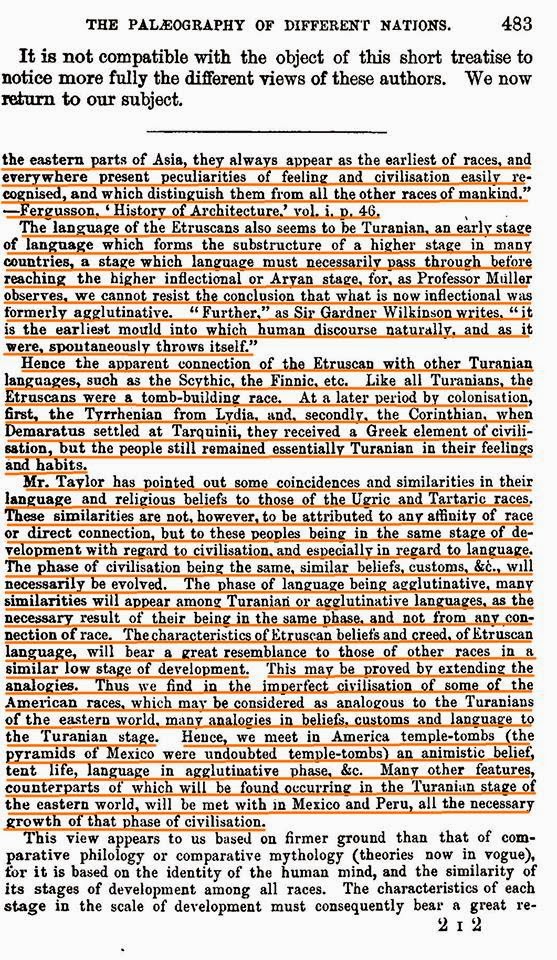 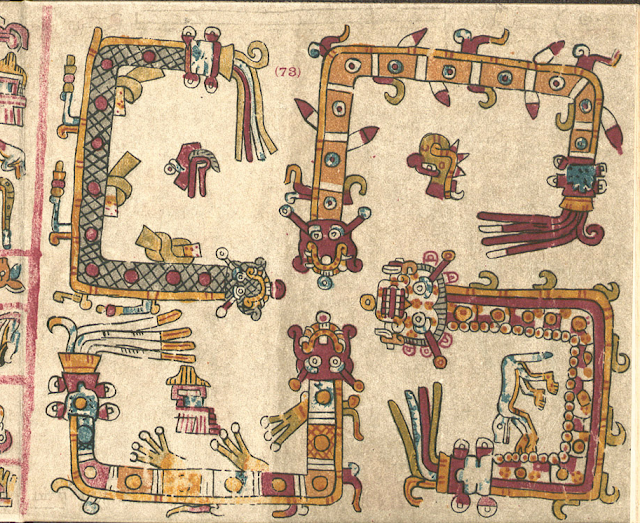 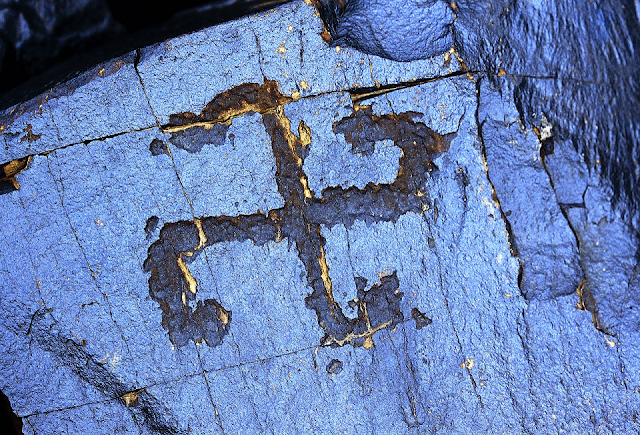