1.6. Trojans in the North: Turkic Kings of Scandinavian Sagas

The existence of the Trojans in the north of Europe is openly  discussed in the old Scandinavian writings of the 13th and 14th centuries, in which «the people of Priam» are said to have settled in the North. Priam is known to have been the last king of Troy Some Germanic sources write about the old kings of Sweden  and Norway as Turkic kings and the royal nobility of Scandinavia  as being of Trojan origin [62, p.73, 182].

The northward migration of the Trojans also found its reflection in the «Saga about Nibelungs» where the Trojans are called albs («heroes») and their king – Alberikh [139, 131-133].

A 13th century Scandinavian author, S.Sturluson, refers to the Trojan migration to the north of Europe as the beginning of a new era. According to V. Sherbakov, the valley of the Alp mountains, in the beginning of the new era, was settled by a people who spoke the Etruscan language [143, 194].

Onomasticon seems to reveal the Etruscans’ presence in the North: Tysk and Tyskland, Swedish and Danish terms to denote «German» and «Germany» [183, p.619, 705], correspond to the word Tusk, denoting «Etruscan», which is still observed on the map of Italy. The province where the Etruscans were settled is nowadays called Tuscany.

The toponym Turya, a Finnish word to denote «Norway» is quite consonant with Troy and Turyana, the land of the Turks in old sources. It should be noted that it is just Sweden and Norway,  whose old kings are presented in old Germanic sources as being  Turkic [62, p.73.180].

Etruscan migration to the North may have been caused by Roman pursuit as long as the beginning of the new era was characterized with the complete collapse of Etruria. However, the Trojans, the ancestors of the Etruscans, seem to have migrated to the North much earlier, i.e. after the collapse of Troy.

The evidence we have for this is from information found in «The history of the kings of Britain» of the 12th century. This history explains that the Trojans had settled in Britain several centuries before the Roman occupation which dated back to the first century A.D.According to this source, Julius Caesar, who tries to conquer Britain, says:

«Those Britons came from the same race as we do, for we Romans too are descended from Trojan stock. After the destruction of Troy, Aeneas was our first ancestor, just as theirs was Brutus, that same Brutus whose father was Silvius, the son of Ascanius, himself the son of Aeneas» [148, 107].

As we can see, the Trojans had settled in Britain before the Romans.

The presence of the Trojans in Britain is also revealed by the onomasticon of that period. Kamber, Brutus’ son, who ruled Kambri (now Wales), bore an obvious Turkic (Trojan) name – Kamber. This Turkic personal name is known to be derived from  Kamböri (kam «shaman» - böri «wolf») [34, 176].

The presence of the Trojans in the North is also revealed in the mapping of the spread of tummuli, characteristic of the Trojans.

The spread of tummuli is analogical with the migration of the Trojans: from the Troad we can follow tummuli to Tuscany, then along the western coast of Europe from the Iberian Peninsula to Brittany and on to Britain, Germany, and the Netherlands… It seems that where the legends speak of Trojan origins, the tummuli are also found. The Trojans left tummuli and urnfields and we can trace the progress of urnfield cultures up the Danube to the Alps [159].

The practice of raising tummuli has its origin above the Black Sea in Crimea, among the Scythians and Cimmerians, who were referred to as the Turks by numerous authors of antiquity.

Tummuli known as kurgan has also been discovered in other areas where the old Turks settled. 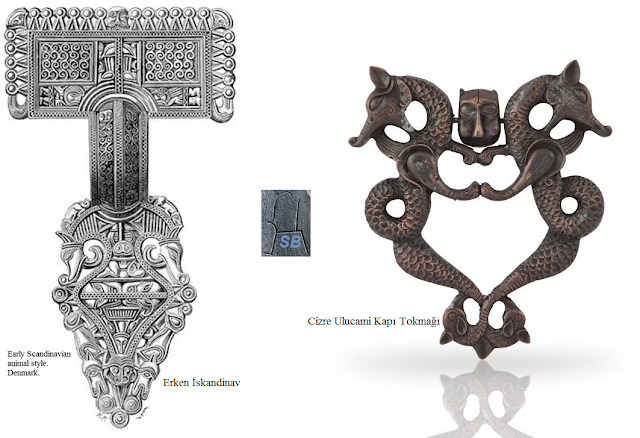 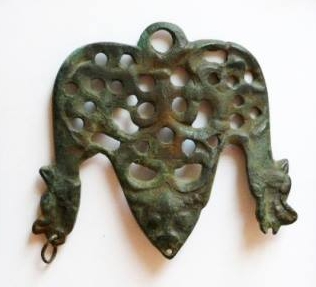 Evident Turkic elements in old Celtic languages are directly associated with the northward migration of the Trojans. Turkic elements might have been borrowed partially in the continental part of Northern Europe until the Celtic settlement in Britain and partially after they were settled:

The Celtic oglach is interpreted as the combination of og («young») and the suffix lach, forming abstract nouns [205, 387].

The Turkic oghlak is known to be a derivative of the same ogho, ogh («young») and the noun forming suffix –lak in Turkic  languages [192, 412].

The element ogho, as an independent noun, has survived in the Yakut language in the words «young», «child». That language is known to be one of the old Turkic languages keeping old elements. Oghlak is a cognate of modern Turkic oghlan («boy»). Its phonetical variants uhlan, ulan («warrior», «cavalier») are used in modern European languages [205, 954].

The Chuvash variant of the verb thithen («shining», «beaming») with its initial interdental consonant is closer to the Etruscan thesan («radiance», «the goddess of daybreak») which will be detailed below.

Some old Turkic words were borrowed from the Celtic into the old English language:

Curd. This word presented in an etymological dictionary expresses a coagulated substance formed from dried milk and having the form crod, crud in old English. References to the word are present in the Irish and Gaelic word gruth. However, this information is not enough to clarify the origin of the word and thus it is considered to be of unknown origin [205, 236].

Its origin becomes completely clear when compared to the Turkic words kurut, korot, kurt, gurt, gurut («curd», «cottage cheese»). This is a well-known Turkic food made from milk.

The appearance of this old Turkic word in Celtic and old Germanic languages excludes the possibility of its reference to later Turkic borrowings connected with the Germanic – Hun and later contacts. Instead crod/crud/gruth can be referred to the Trojan – Celtic contacts.


Belt. Trojan – Etruscan migration to the north of Europe is reflected in the word belt (old Germanic belt, belti) considered by Varro, a Roman author, as an Etruscan borrowing [205, 88].

Belt is derived from the old Turkic bel («belt») or more precisely, its variant from beldik (bel + a noun forming suffix –dik) in the Kirghizian language [190, 1616].

Tin. Old Germanic tin (old English tin, old High Germanic zin, Gothic tinam) is referred to the pre-Indo-European settlers of Europe [205, 925]. Some of them are accepted by researchers as being of Trojan or Etruscan origin [205, 8-9]. These words appear to be cognates of the Turkic teneke/tinike («white, highly malleable metal»), tinnik, tienlek, tenke («penny», «silver money»), having an identical semantic meaning as the English tin («white metal», «money»).

Non – Indo-European morphological elements have been discovered in the old Ligurian language spoken in Switzerland. The suffixes -aska, -oska, observed in many place names [110, 13] are analogical to the old Bulgarian aske, aska and preserved in the onomasticon of the Caucasus: Aginaske, Geliske, Dalkenaska, Turuske, etc. [44, 280-281].

Ligurians, considered by linguists to be among the non-Indo-European peoples of Western Europe, seem to be related to the Cimmerians (the legendary ancestors of the Bulgarians) of which the above mentioned suffixes can reveal.

A significant source to prove the Turkic origins of the Pelasgo-Thracian and Trojan languages is the old Italian onomasticon left by the people who had laid the foundation of the Etruscan  civilization.

I. Who were the pre – Indo – Europeans of the Mediterranean basin?
1.1. The origin of the early Mediterraneans in the Light of Legends
1.2. Turkic Names of Pelasgians
1.3. Tiras, Thracians and Turks
1.4. Turkic Substratum in Old Greek
1.5. Troy – the Mediterranean Turan
1.6. Trojans in the North: Turkic Kings of Scandinavian Sagas 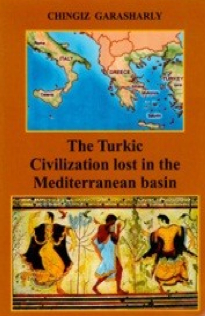