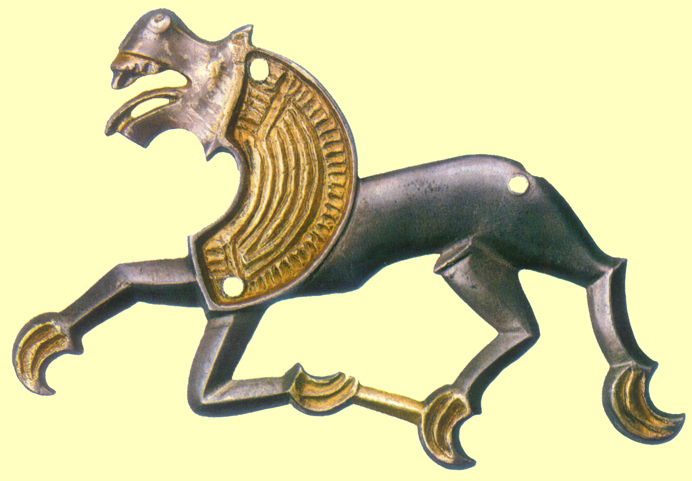 Favorite symbol Griffin.
This creature, as you know, is protector of the Scythian tribe gold.
Avar Burial 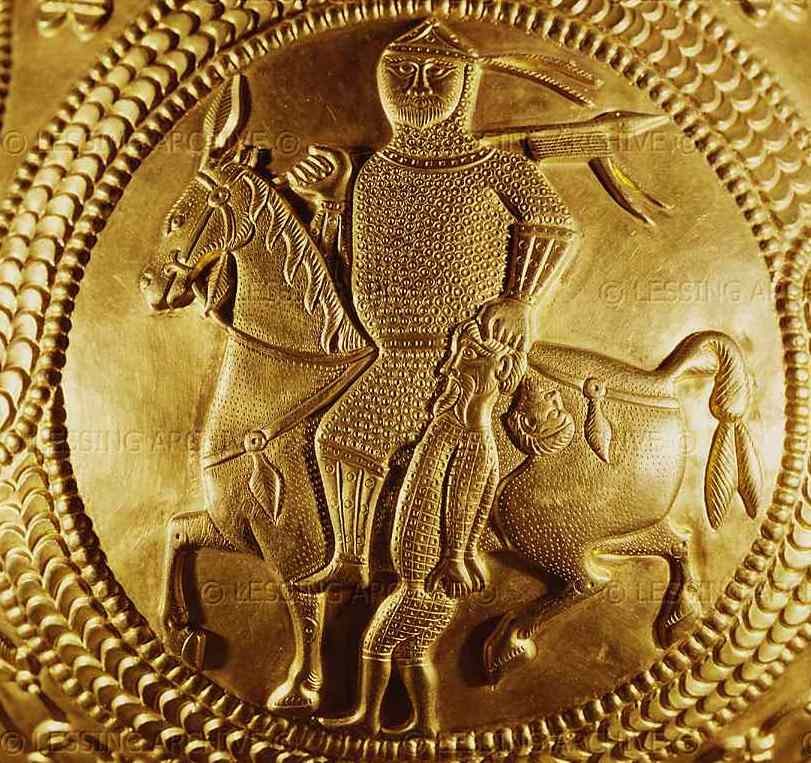 Avar warriors were buried with his horse, the same funeral as Scythians, Huns and Gokturks.
AVAR-SCYTHIAN-HUNS = THE TURKS 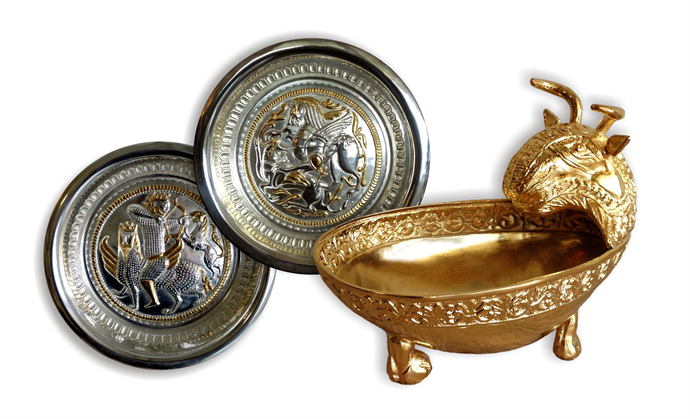 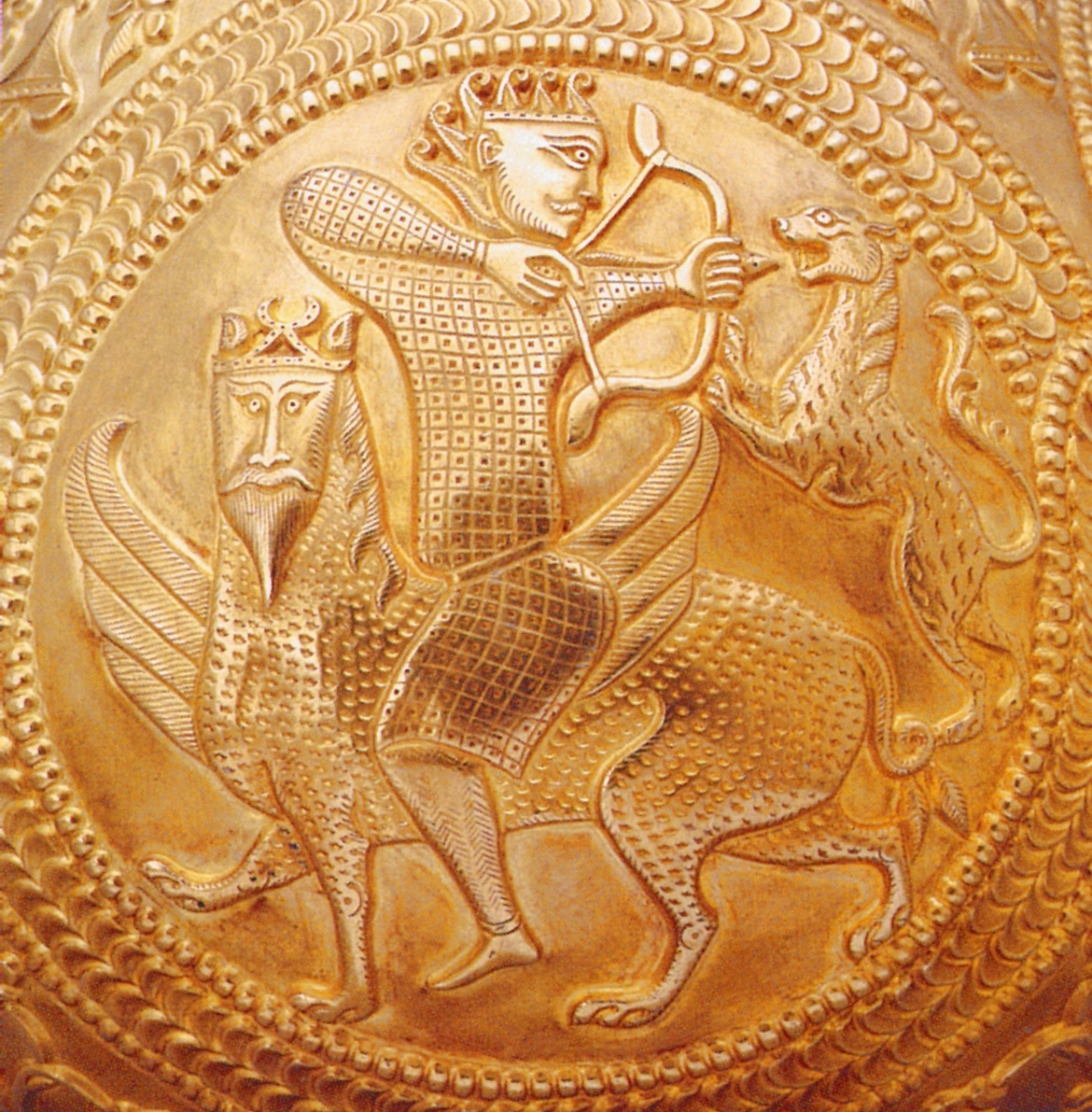 Avars, the second Turkish tribe, shocked Europe after Huns. For many years was a discussions over the origin, but thanks to the archaeoligical excavations and research turns out to be of Turkish origin. To understand the essence of the matter, the following points should be well known;

Historian Priscus (5th c) wrote about Avar people in West Siberia, 100 years before the crash of Juan-Juan in Central Asia.

Another source is Zakharios Rheta (in c.550) wrote about Abar community in west, before incidents in Mongolia.

Geographer Strabo in his work (1st c AD) mentioned about Abar-Noi, and in old Greek myths the name Abaris is to be known.

It is to be understood after these explanations, about the Turkish- Avar (Abar) State which was build in Europe, has nothing to do with Juan-Juan which was entirely collapsed in Mongolia.

Also, before the time of Juan-Juan, tribe name Apar was on Orkhon monuments/inscriptions, like tribes names Sabar and Khazar, which shows west Avars. After 562, Slavs and Ants came under Avar-Turks domination. The great role, for this success belongs to Bayan Hakan.

The word BAYAN is not Mongolian, but Turkish, comes from BAY (rich) root word, and it was not only used by Mongolians, but also by Bulgarian Turks.

Avar-Turks moved Gepids from east Hungary. Lombards (or Longobards) didn't like Avars and moved to in 568 to Pannonia, and when Hungarian lands became empty, Avar-Turks settled there. They defeaded Frank king Siegebert, take Belgrad (Signidiunum) and Oszek (Sirmium), and marced to İstanbul. The boundaries of Avar country stretched from Don river to Galia. Avar-Turkish Khaganate became most powerful state in Europe. The reason of this situation was undoubtedly the army of Avars. The main core in his army was Turkish soldiers, with Slavic and Germanic masses as well.

After the ending of the East-Roman-Sasanian war, East-Roman army went to Tracia. Under the command of Priskos in 601 they came to Tuna and Tissa river, and defeaded Avar-Turks.

After the dead of Bayan Hakan, the new Hakan took the city Friul over. In 613 East Roman Emperor Heraklius escaped the trap. Avar agreement with Sassanids in 626. Heraklius asks for help from Caucasus Khazar Turks. Avars siege was not successful and they forced to retreat. With this fails Avar Khaganate lost his reputation. After the death of Avar Hakan in 630, Bulgarian Turks arguing about revolving with their leader Kubrat (Kourt-Kurt). Avars put down this rebellion in the Balkans, but north was taken by Bulgar-Turks. After the fall of Avars, foreign tribes abandonment some locations, and Avar-Turks jammed into the circle of competitors in the Hungarian plains. They survived through the 7th and 8th century.

In 791 Frank emperor Charlemagne elaborated Avars. His son Pepin in 796 took capital city of Avars in Hungary. Avars started rapidly erased from history. In 805 they became Christians, and has been ruled by Theodor.

In 795 chieftain titled Tudun of Avar-Turks, was baptized in Aix-la Chapelle,rebelled against Frank domination, but they could not be successful. After him chieftain (başbuğ) Zodan rebelled to, but he surrendered in 803.

Avar-Turks place in East European History Avars dominated the Balkans and Central Europe for 250 years. Of course was a big impact in this area an event of Avar-Turks. With Avars changed the ethnic structure of Eastern Europe. Longobards moved to İtaly, Slavs were brought to Danube, Vistula and Bohemia. Syrian Bishop Johannes says: "formerly they could not get out of the woods, with Avars the Slavs were used to disciplined war horse herds, owner of silver and gold."

Shortly, the result of a systematic displacing of these peoples by Avar-Turks, laid the foundation of Yugoslavia, Czechoslovakia and Poland in ethnic.

In all Slavic language Obor was used for Avars, meaning Giant. Some Turkish political organization words (like Boyar, Ban) is been used by Slavs. Even former religion influences of Avar-Turks, between de Slavic people is to be seen. Even city names; "Navorino" in Greece, "Antivari" in Albania, comes from Avar-Turks.

Avars were also rich in gold, when Franks captured the capital city, they took many gold treasure. Gold treasure of Prostovats belongs to Avars. Nagy Szert Miklos treasure was suggested, that it belongs to Avars, but by Nemeth Gy. work it is been proved that the inscriptions belongs to Pecheneg-Turks. Technical work of this treasure is Avar-Turks style, Symbols (Stamps, Tr;Tamga-damga) belongs to Bulgarian-Turks. (In short; Turks ;) -SB)

Avars maintained their quiver on the right side of the waist belt, they hang the bow on the left side in another housing. The bow consisted several parts, inner side was from bone, also found in Hun-Turks tombs. Avar sword was flat or curved. Stirrup were also brought by Avar-Turks to Europe, and was circular.

Avar-Turks art of war has effected East-Romans. When East-Roman emperor Herakios re-organized the army as Avar army, he prevailed against the Sassanids. In this period East-Roman army was completely similar of clothing and weapons as Avars. In Tactica, emperor mention the formation of the army and clothing.

Avar-Turks bury their deads facing east, and the burial ground from head to feet direction in east towards. Influential persons body were first wrapped in leather, then in sarcophage and buried. For their afterlife journey they put also food in burials. A cavalry were buried with his horse.

HUN, AVAR, PECHENEG, CUMAN AND BULGAR (before becoming Slavs)
all these tribes are Turkish tribes, and not another ethnic!
They are the Turks in Europe, before the Seljuk and Ottoman Turks.
Just like the geographic names: BALKANS and ALPS 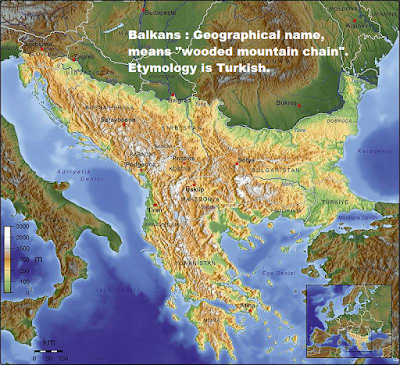 Even the priest of Apollo "Abaris" in the myths, is an AVAR Turk.