There were many Buddas , but the name specially recalls the greatest of philosophic and pious teachers, Gotama the Tathagata or "saint" the Sakya-muni or monk of the Sakya clan, Siddartha, who when he quitted the sacred grove of Buddha-gaya received the name of Buddha - "the wise teacher".


Buddihst sculpture then represented angels and gods, demons, paradises, and hells ; though Gotama Buddha had confessed that he knew nothing as to any spirit, god or soul.

The Sakya-muni is represented as a Kol or Dravid rather than an Aryan, and with the curling hair of the aborginal Negrito. He is pictured with the long ear-lobes said to denote goodness, but which belong to non-Aryans.

Mr.R.Carnac speaks of a Manipuri whose ear-lobes extended two inches beyond his cheeks. Prof.Beal speaks of the Sakyas as Scythian Aryans (! Scythians are non Aryans, but Turanian-SB); but the top-knot of Buddha's coiled locks - said to reach to heaven - recalls the conical head-dresses of Turanians from Central Asia : it becomes a pillar of glory in the Amravati sculptures, but proceeds from the throne of the Hindu Bhagavat, thus belonging to lingam worship, not to Buddha. the deified Buddha is in fact Turanian, not aryan at all.

Gotama the Buddha, Siddartha, the Sakya-muni, the "lion (Simha) of the Sakya tribe" was borne to King suddho-dana, "Lord of the Sakyas" , by Maya his queen, at his capital of Kapila-vastu in Oudh in the year 623 BC. according to the historians of Ceylon and Kashmir, and he died in 543 BC at age of eighty.

Faiths of Man I
Forlong - book 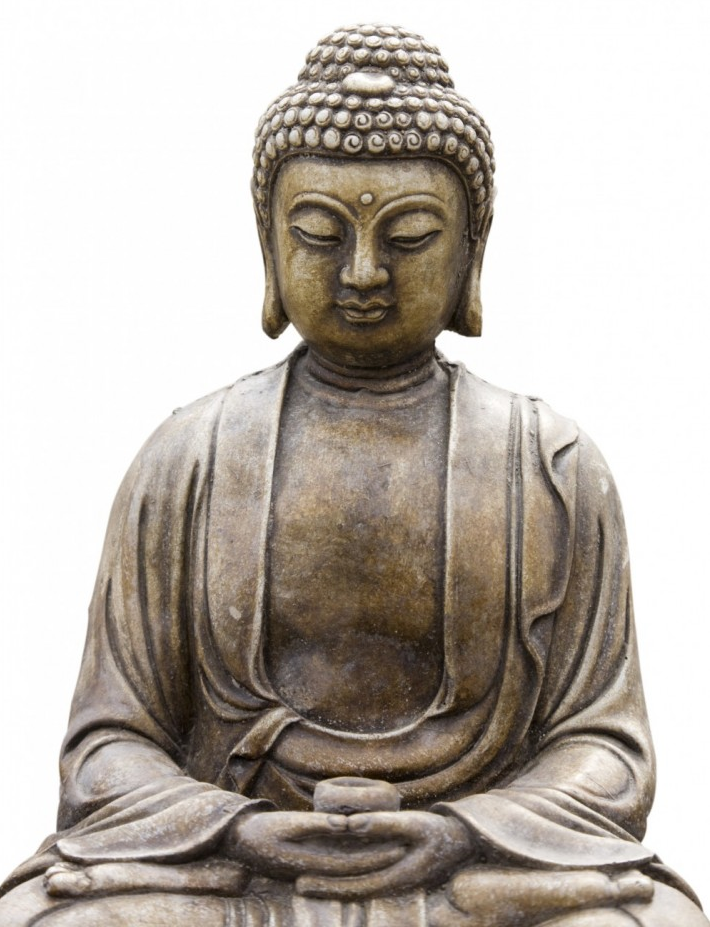 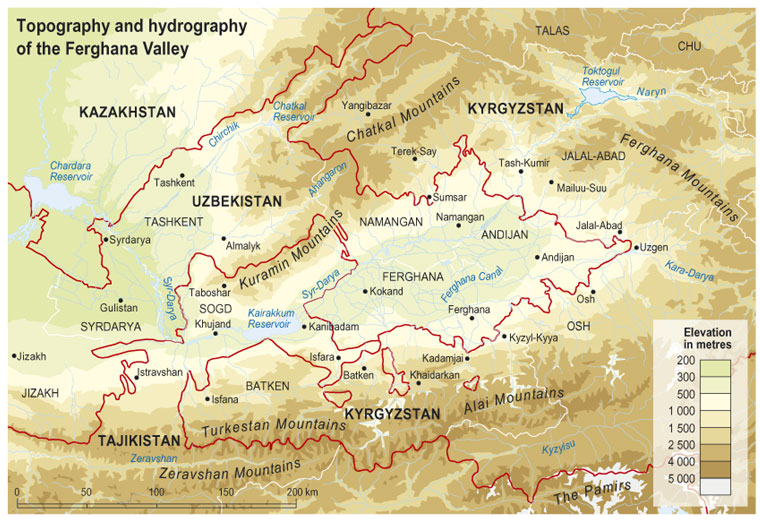 Kuva is a small town located in the north-east of Fergana region, 20 km from the regional center of Fergana city.

The town name originated from Turk tribal name “kuva” known among the Kyrgyz and Uzbek peoples (which also Turkish people are)  The exact data when the town was founded is unknown but scients-archeologists conducting the study of the ancient city refer the data to the III century BC. 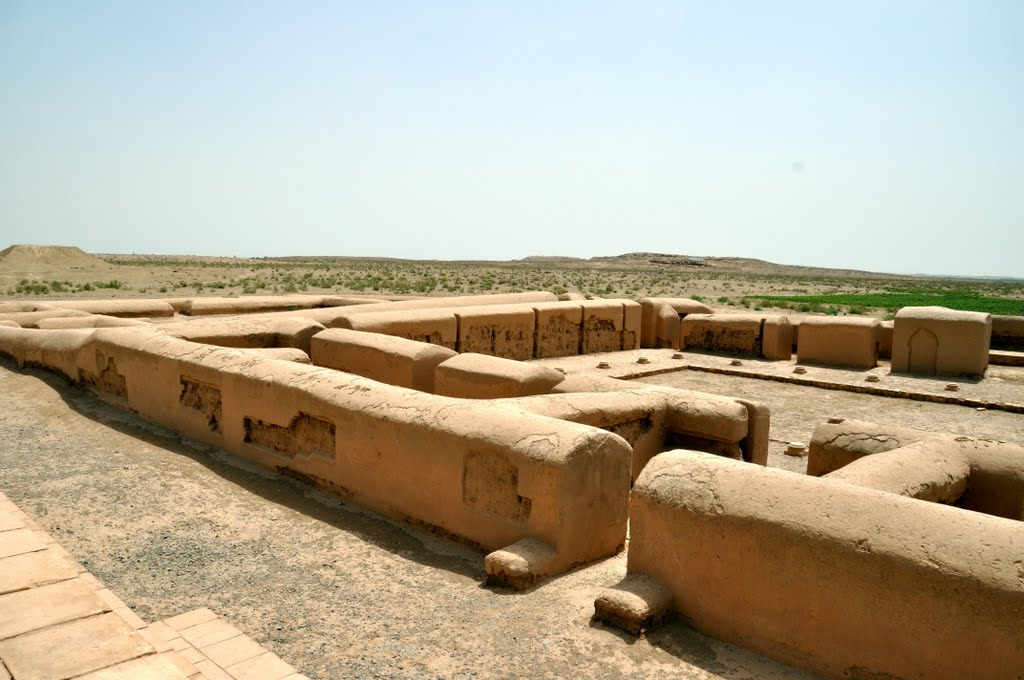 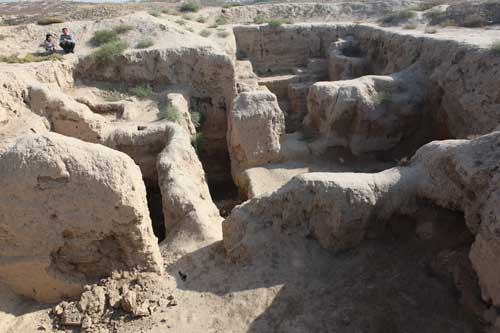 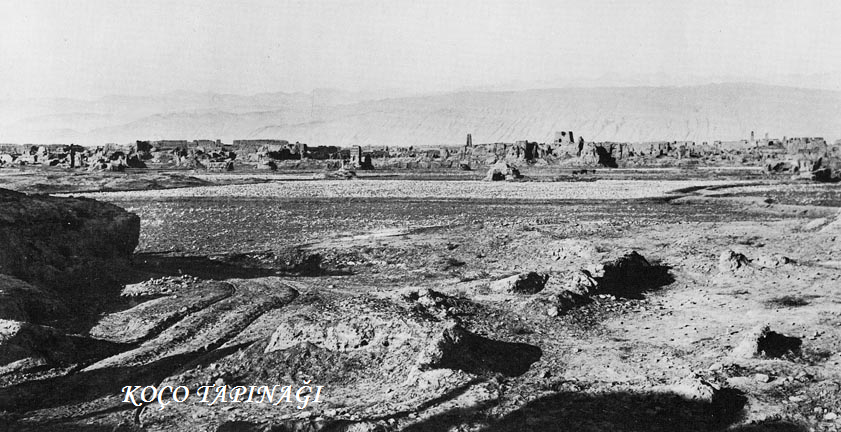 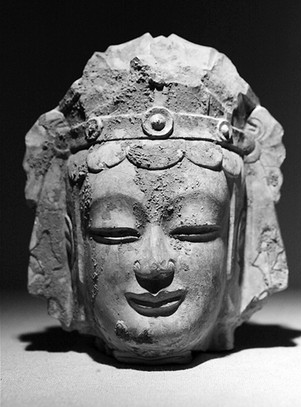 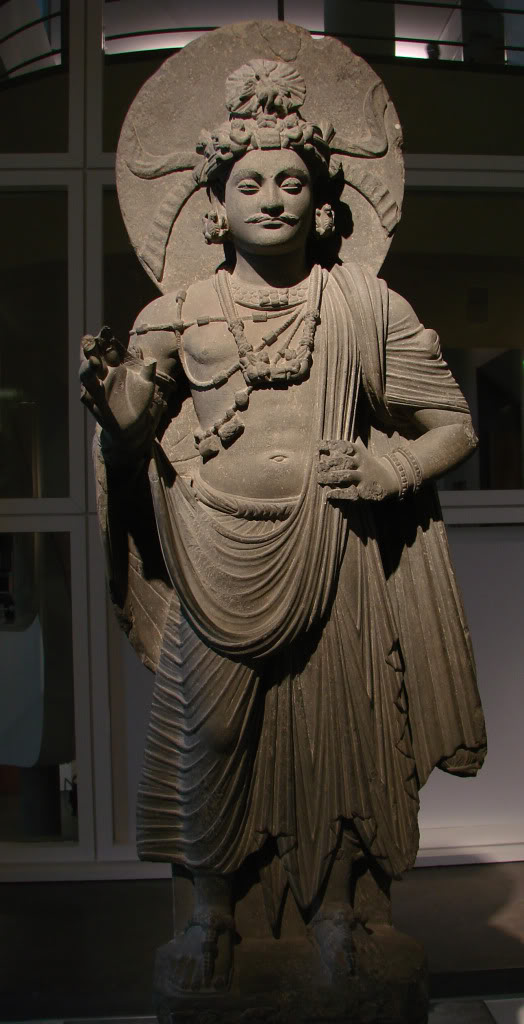 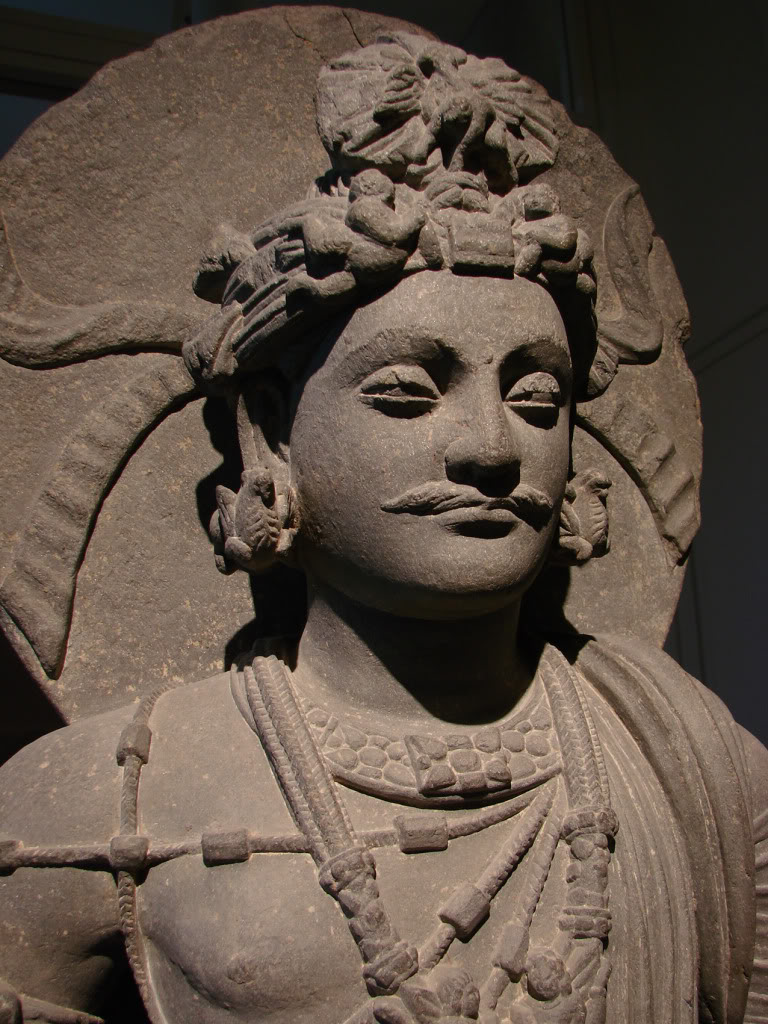 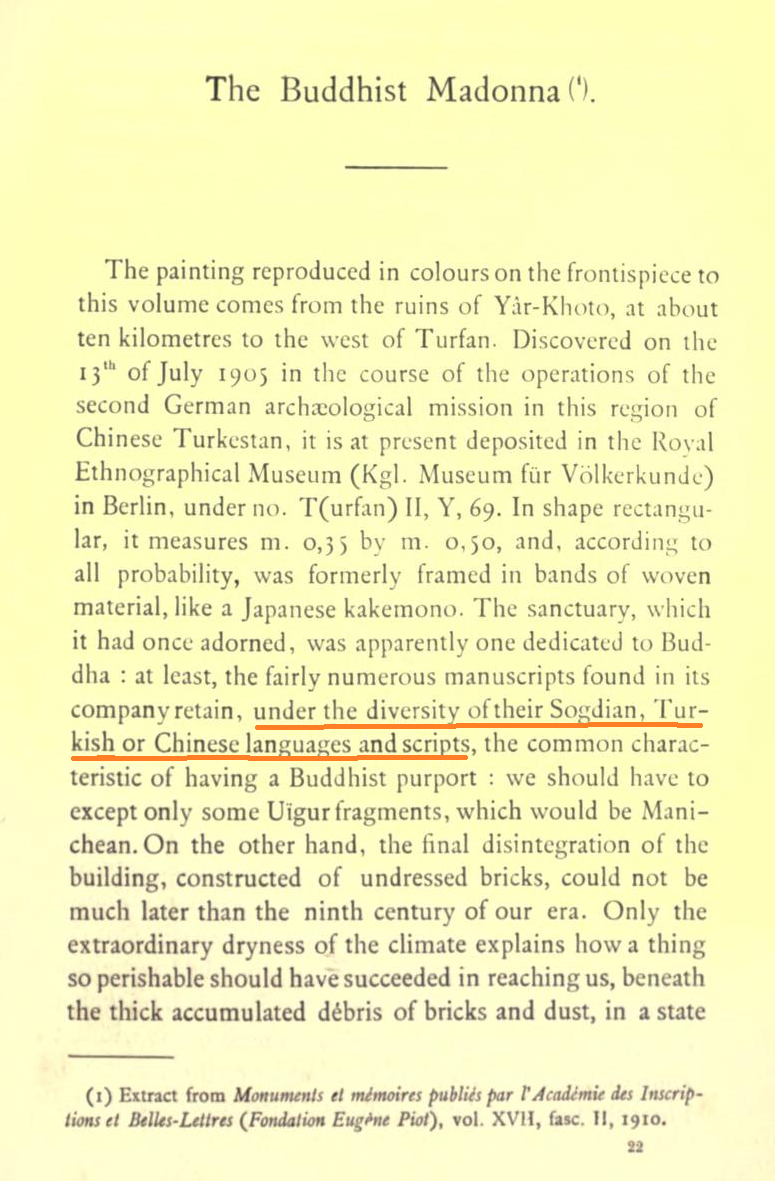 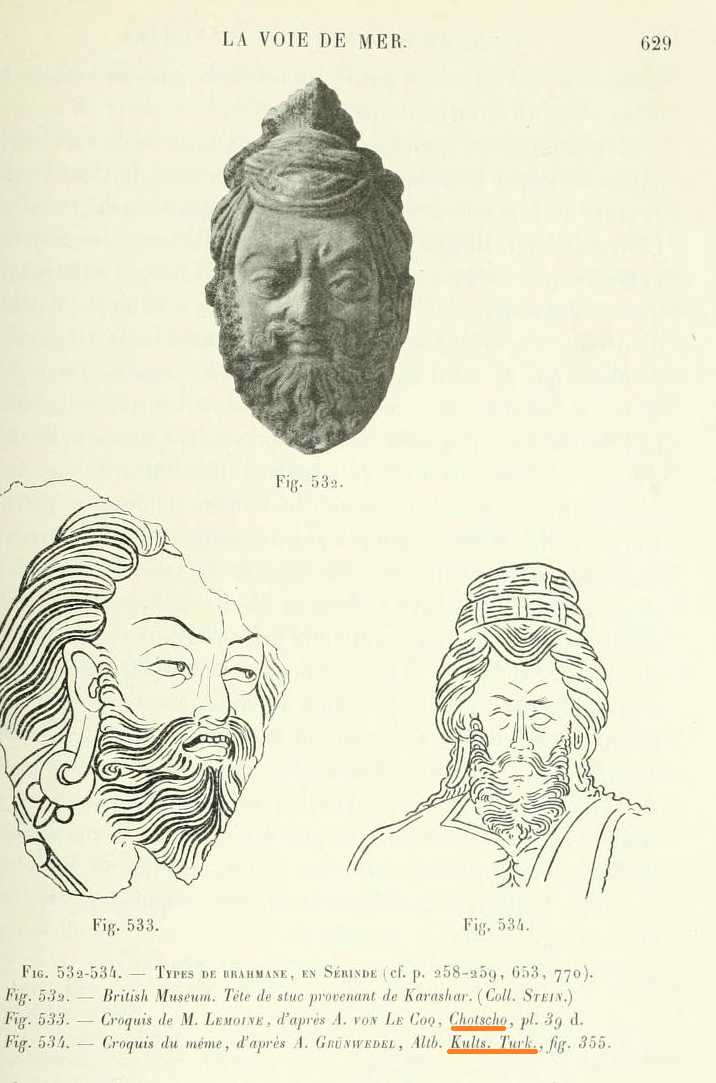 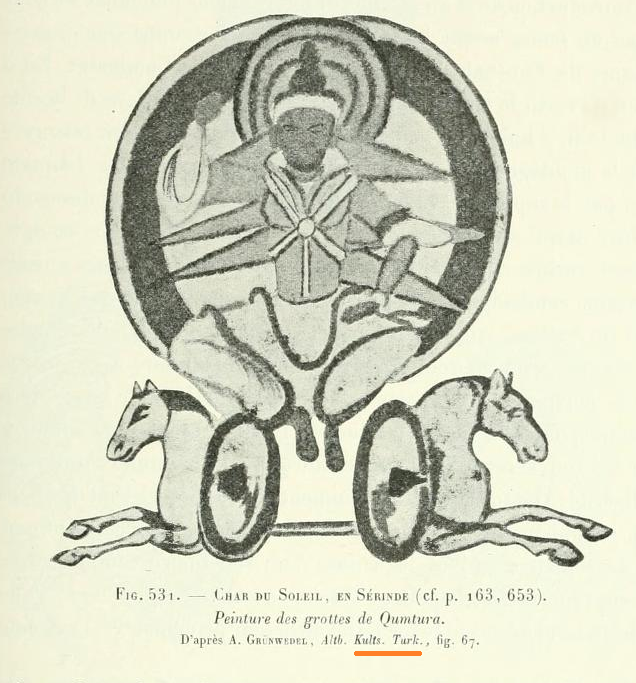 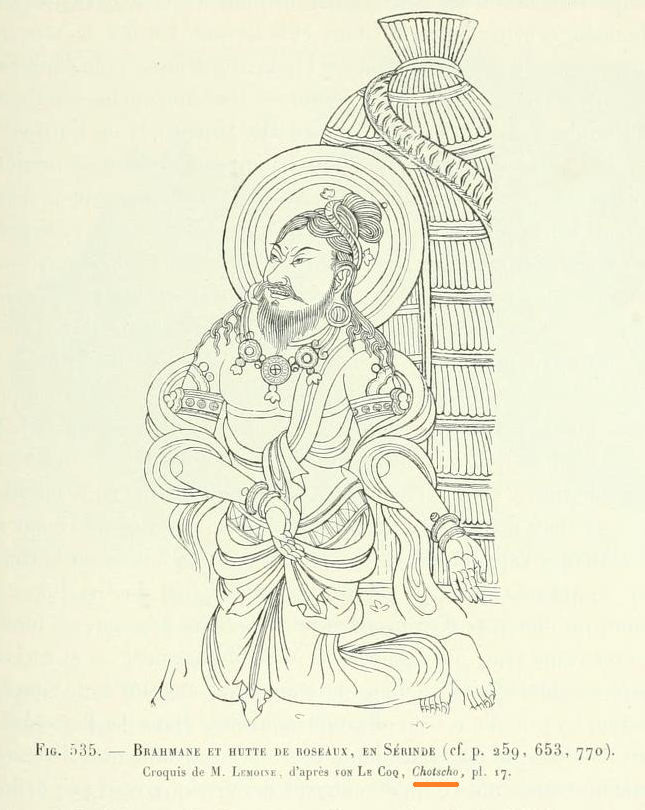 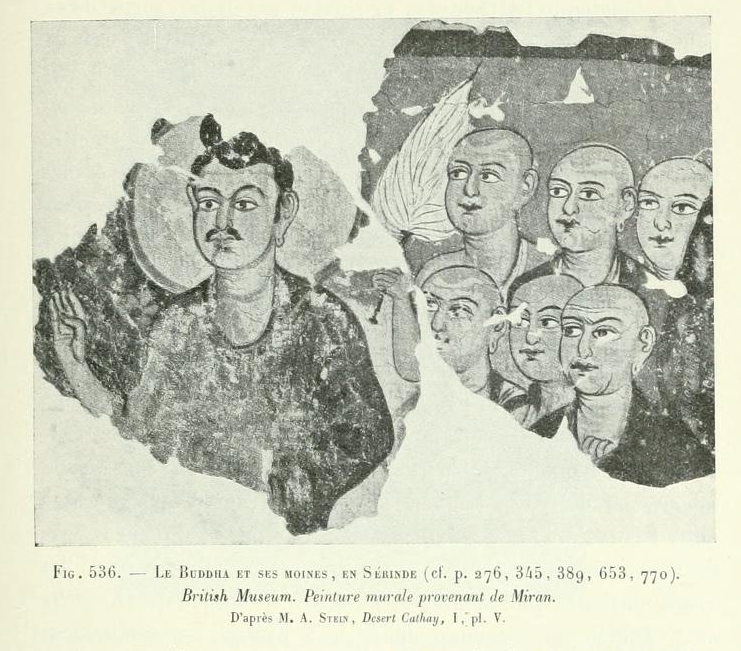 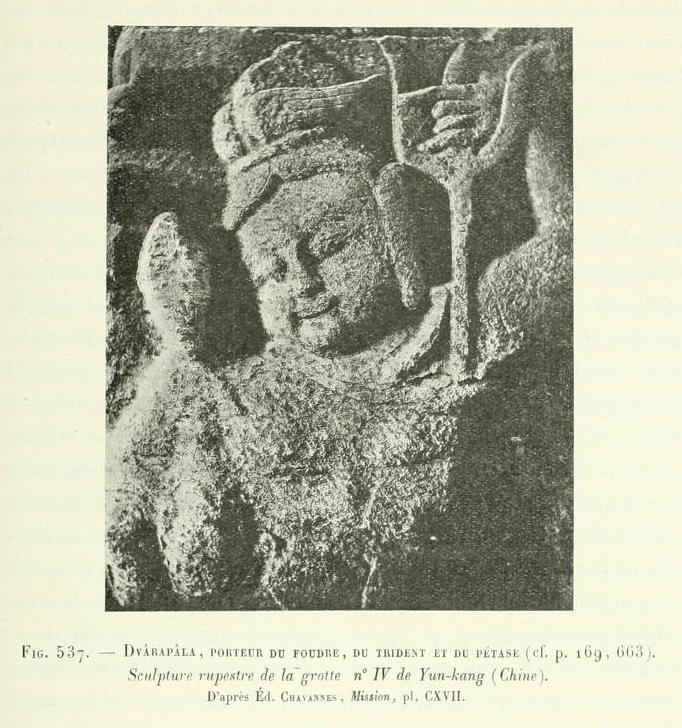 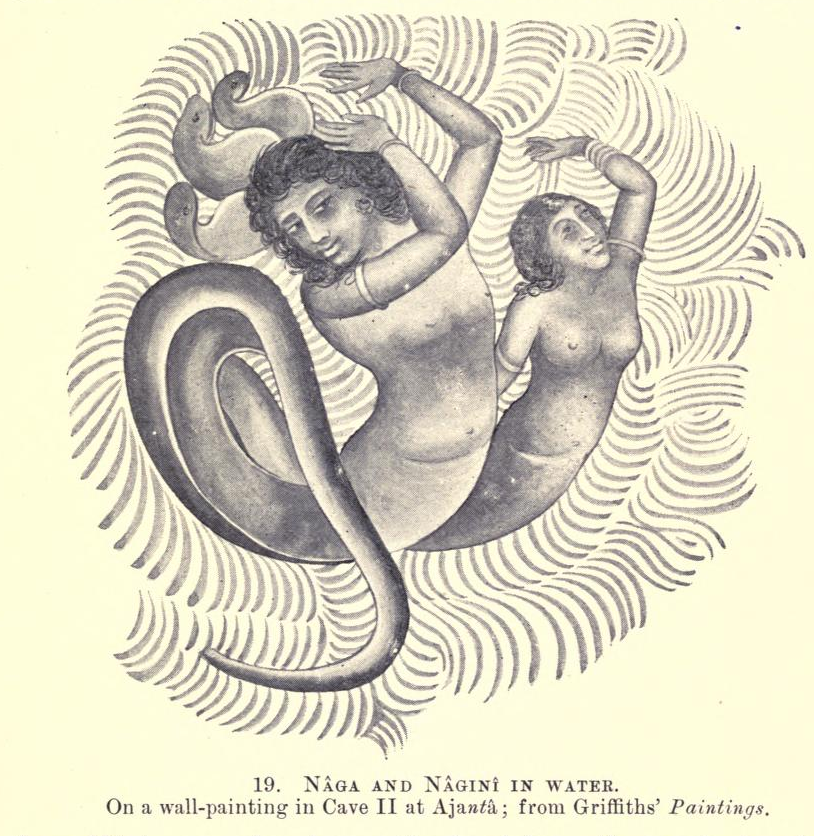 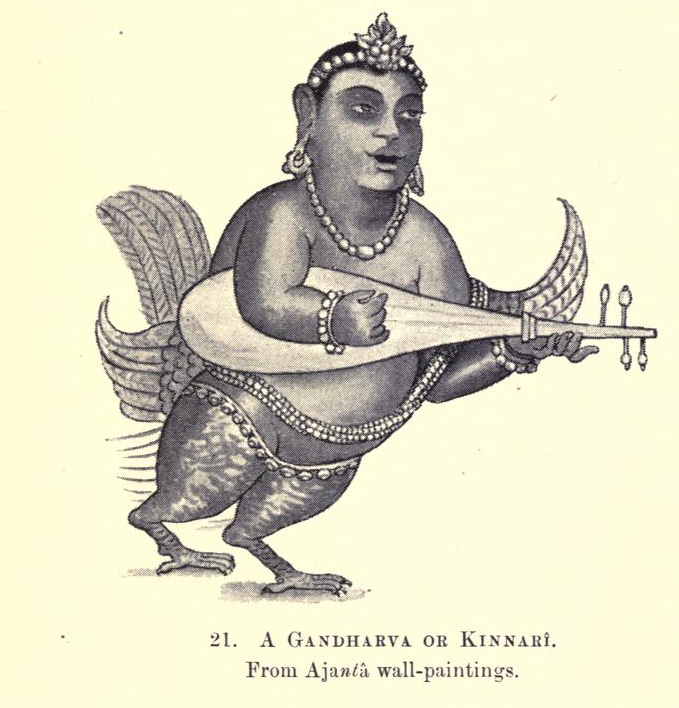 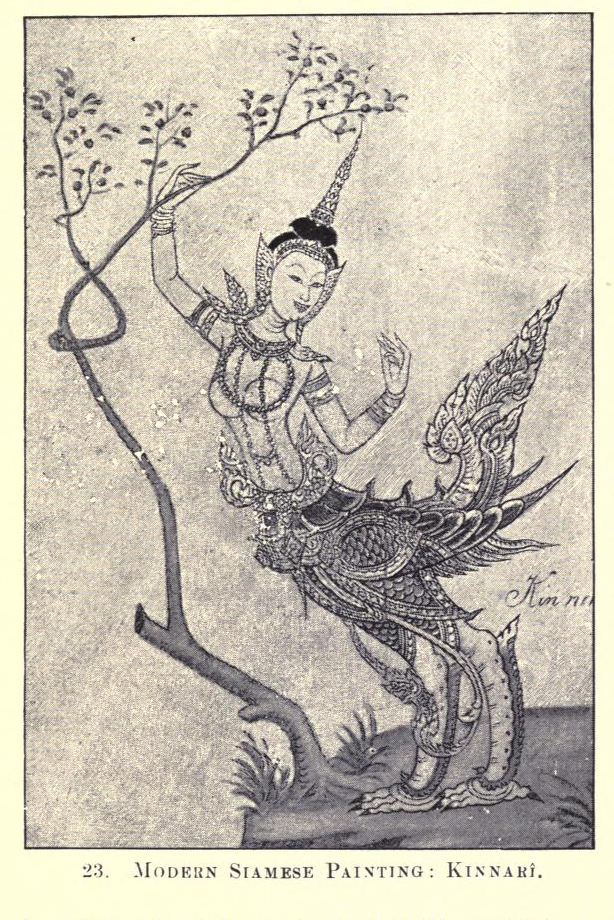 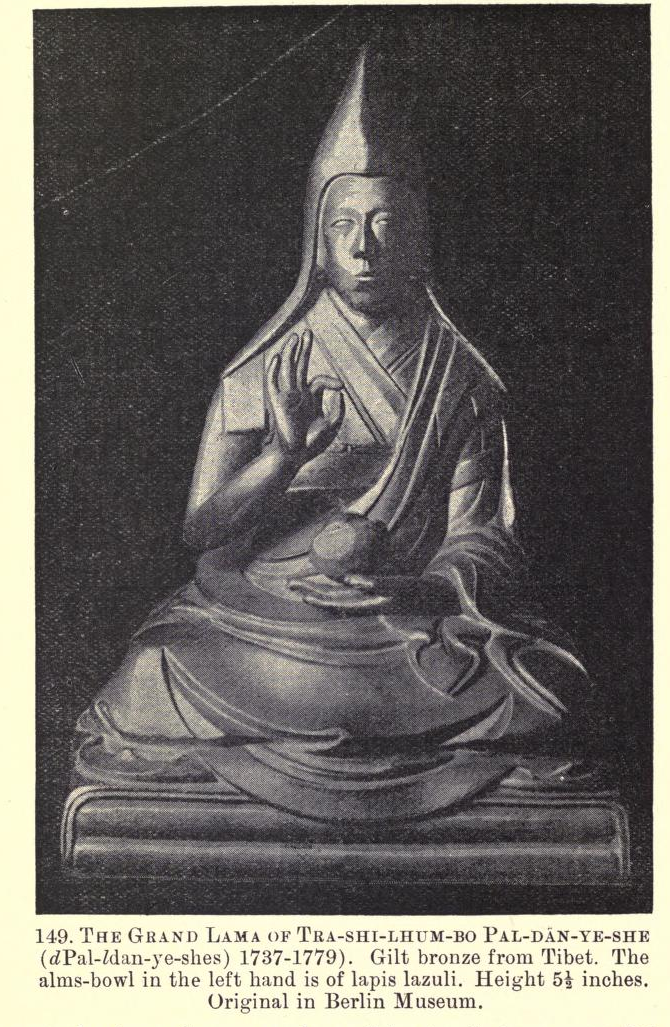 Dome-slab carved in limestone ('Palnad marble')
with the Great Departure,
Prince Siddhartha's horse Kanthaka with empty saddle leaving the palace via an elaborate torana (gate).
The Bodhisattva is represented by an umbrella held over
the horse by a servant. Inscribed. (2nd c) 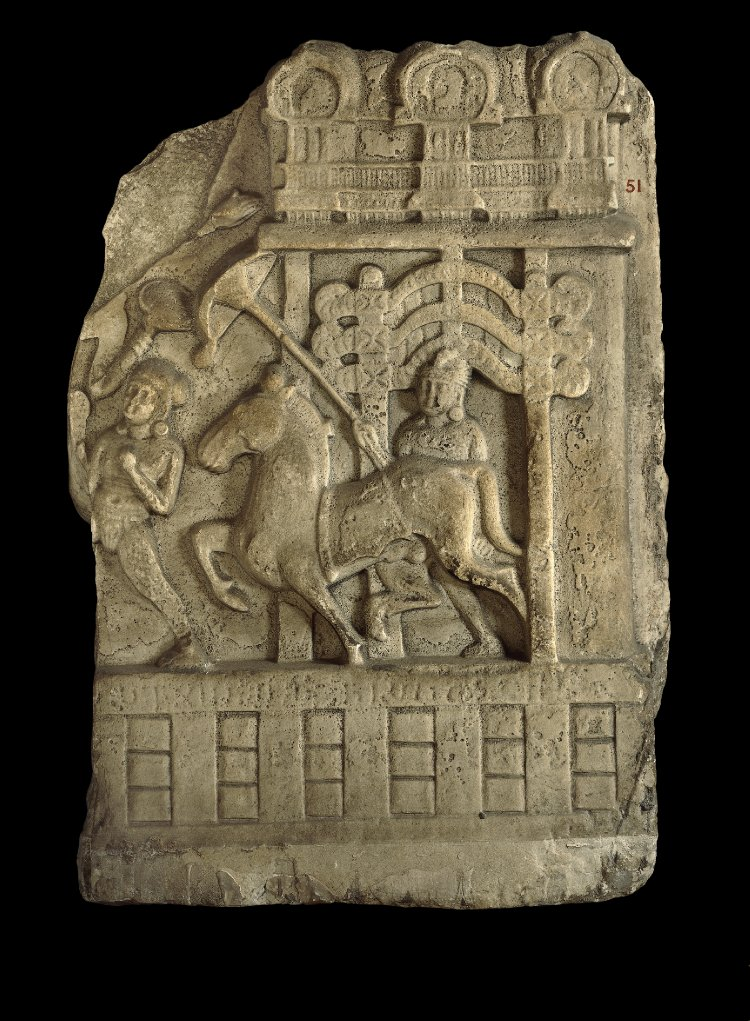 Reading the History from Gravestones and Stone Statues