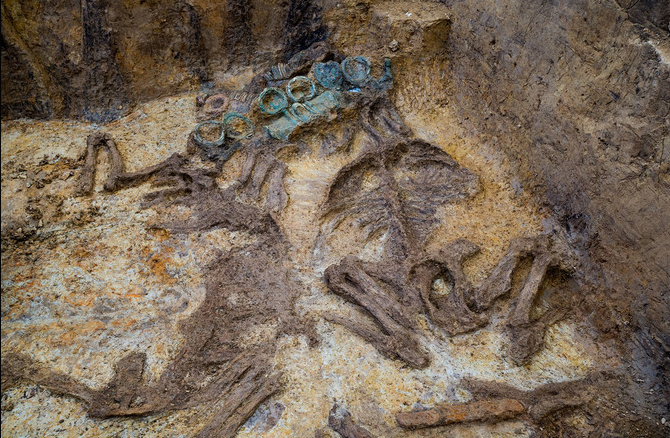 A team of French archaeologists at Warcq, Ardennes (northern France), recently completed the excavation of a remarkably preserved high status Gallic tomb complete with chariot. Chariot burials commence around the 7th century BCE, however they are more commonly found in the Ardennes region from the beginning of the second Iron Age (5th-4th centuries BCE).

The large tomb (5.50 x 2.80 m) was intact to a depth of over a metre. The timber ceiling collapsed directly onto the floor of the burial chamber in antiquity, preserving the remains of the deceased as well as the grave goods.

Finely decorated chariotThis individual was buried with a two-wheeled chariot, finely decorated with inset bronze coins, and inlays of dark yellow and blue glass on the body and hubs. Several sections of the chariot still retain the gold leaf detailing including the interior of the iron wheel bands.

One of the most spectacular elements of the burial is its four horses. One is in the southwest and another in the norwthwest corner, while the other two are placed at the front of the chariot, under the yoke. A whole pig is laid out as a food offering.

The deceased, who had a bent sword scabbard, is laid on the chariot framework and wears an exceptional gold necklace, and a fibula which would have held his cloak in place. He was also buried with a pair of tweezers and an iron razor at his side. Three complete ceramic vessels were crushed in the collapse of the ceiling.

The presence of four chariot horses and the sword scabbard, folded in half, is a practice more common in Celtic Northern Italy and is little recorded within Gaul.

Even before a more precise chronology is prepared from scientific analysis, many indicators allow the archaeologists to assign the tomb to the late 2nd or early 1st century BCE

This type of aristocratic tomb emerges in the 7th century B.C

The excavation has currently revealed only the upper levels of this 15 m² funerary chamber. The chamber was covered with wood in the form of planks supported by a central span and with supports on the pit walls. Several elements of the chariot have already been revealed: the iron wheel bands, whose interiors are covered with gold leaf, probable hub decorations in bronze set with glass paste, and some planks.

Finally, in the south east angle, decorative elements in bronze still connected to the wood of the shaft have been discovered. These atypical objects do not as yet enable an accurate determination of the chronology of the chariot tomb. Another rare feature is the discovery along the western wall of two small horses whose bones are still articulated. All of these elements appear to offer very few parallels with previously excavated chariot graves, emphasising still further the exceptional nature of this discovery. 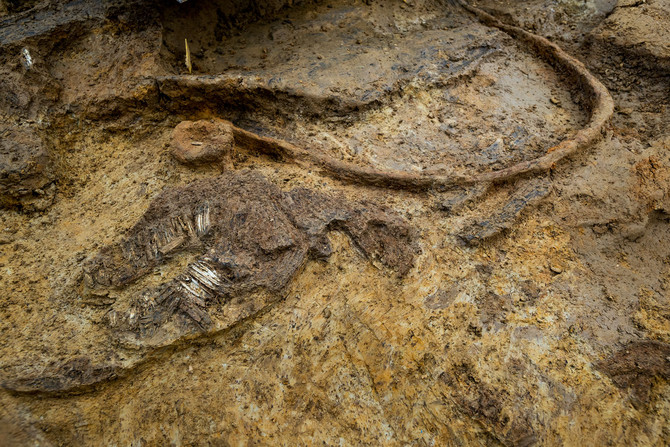 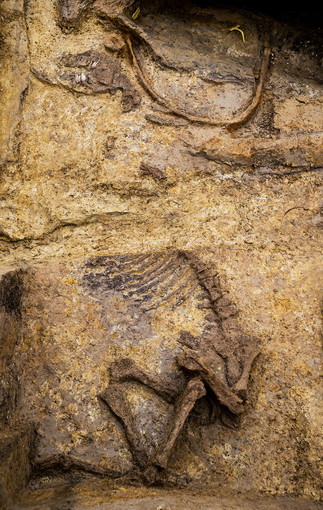 There is absolutely definite archaeological complex of the steppe peoples, first of all kurgan burials in timber graves, burials with horse, etc., which in the archaeological materials of the Eurasian steppe zone clearly continue their descent in the culture of the undeniably Türkic peoples....

the findings on the increase in the share of the animal husbandry relative to the agriculture in the region of the ancient Pit Grave culture, and the further movement of the “Kurganians”, and the facts and conclusions about the type of the housing and settlements, about the physical type of the population, and the terminology related to the horse, but all that belongs to the Türkic-lingual R1b, and not to the “Pra-Indo-Europeans”...

The same applies to the physical type of the population, because both the R1a “Proto-Indo-Europeans”, and the R1b “Pra-Türks” not only both are Caucasoids, but altogether belong both to the same upstream haplogroup R1. ...

The first “wave of the Kurgan Culture carriers” M. Gimbutas attributed to the beginning of the 4th millennium BC, approximately 6,000 years ago, in the territory between the Volga and Dnieper. It is certainly the Türkic-lingual R1b1, since the carriers of the haplogroup R1a1 did not exist there at that time, they appeared there more than a thousand years later, and yet it took them several hundred more years to reach the Volga river. Besides, as M. Gimbutas pointed out, the “carriers of the first wave of the Kurgan Culture” developed from the Samara and Seroglazov cultures of the Volga Basin. These were definitely the Türkic-lingual R1b1. To the “Proto-Indo-Europeans” they have no relation neither in time, nor place, nor origin. ...

the “Kurgan Culture” had no relation to the “Indo-Europeans”....

a brief pause on the Scythian issue. From the above, it is clear that the Scythian people - in fact, a collective term, were both Türkic-lingual, and “Iranian-lingual”, or more accurately, Aryan-lingual. They were both nomadic pastoralists (which is typical for the Türkic tribes), and farmers (which is often typical for the Aryans). They had both haplogroups R1a1, and R1b1. They lived in felt yurts (many of those who lived in them, were carriers of R1b1), and also in stationary buildings (many of those were farmers, R1a1). Unfortunately, neither the specialists in the Indo-European languages, nor the Turkists are willing to recognize the duality (at least) of the Scythians, Sarmatians, and many other steppe (and not only steppe) tribes of the 1st millennium BC and the beginning of our era. Moreover, these tribes definitely had other haplogroups, in the first place G, Q, N, C. The carriers of the haplogroup G in the Scythian and Sarmatian times likely were “Iranian-speaking”, and lived in the Iranian Plateau much earlier then the Aryan times. Then, of course, they were not “Indo-Europeans”. The carriers of the Q, N, and C were most likely Türkic-lingual....

Anatolia cannot be considered to be a “homeland” of the Proto-IE languages...: 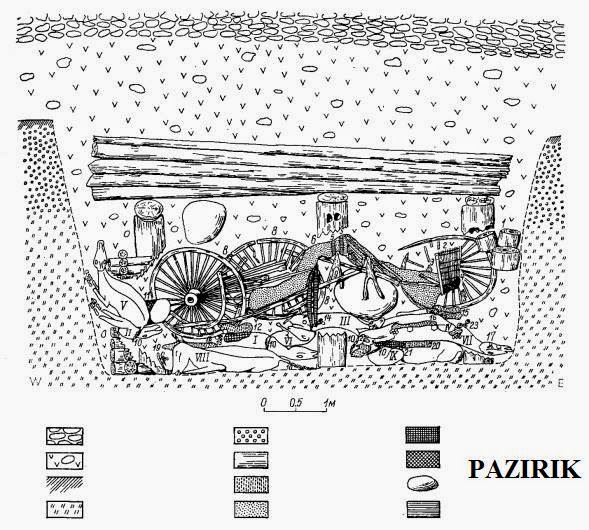 also unearthed well-preserved wooden and leather objects, some of which may have been horse harnesses.