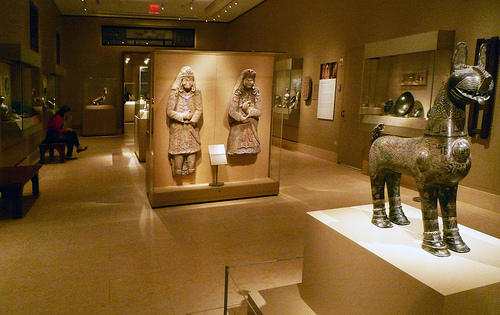 These large polychrome stucco sculptures of princely figures probably once served as a centerpiece of a more extensive composition of stucco revetments in an Iranian palace complex. Audience halls decorated with painted murals of similar figures were found in Lashkari Bazar (Afghanistan) and Merv (Turkmenistan). The figures have round Turkic "moon faces," fashionable in eastern and western Iran. They each wear a robe under an embroidered and highly embellished coat, or kaftan, with a tiraz inscription band on the upper arm. The elaborate and partly gilded diadems and magnificent large sabres point to royal imagery. 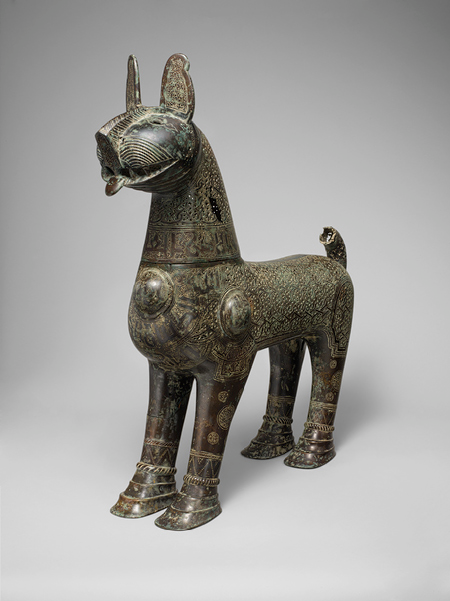 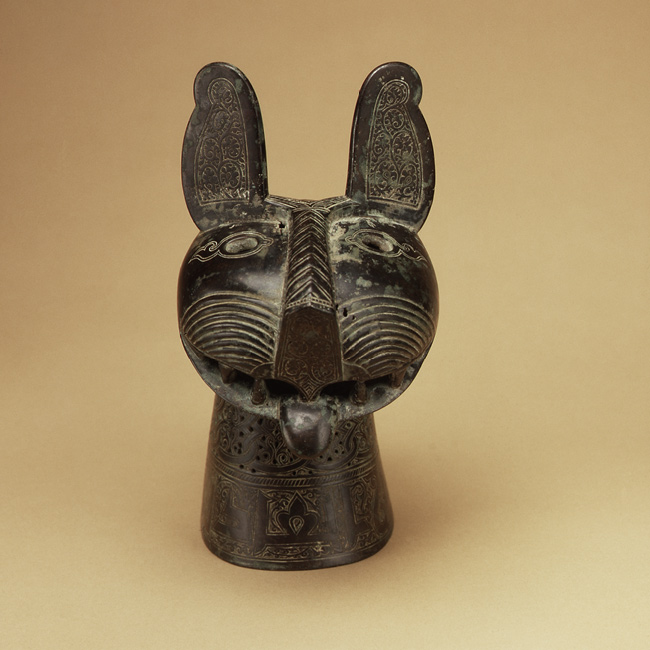 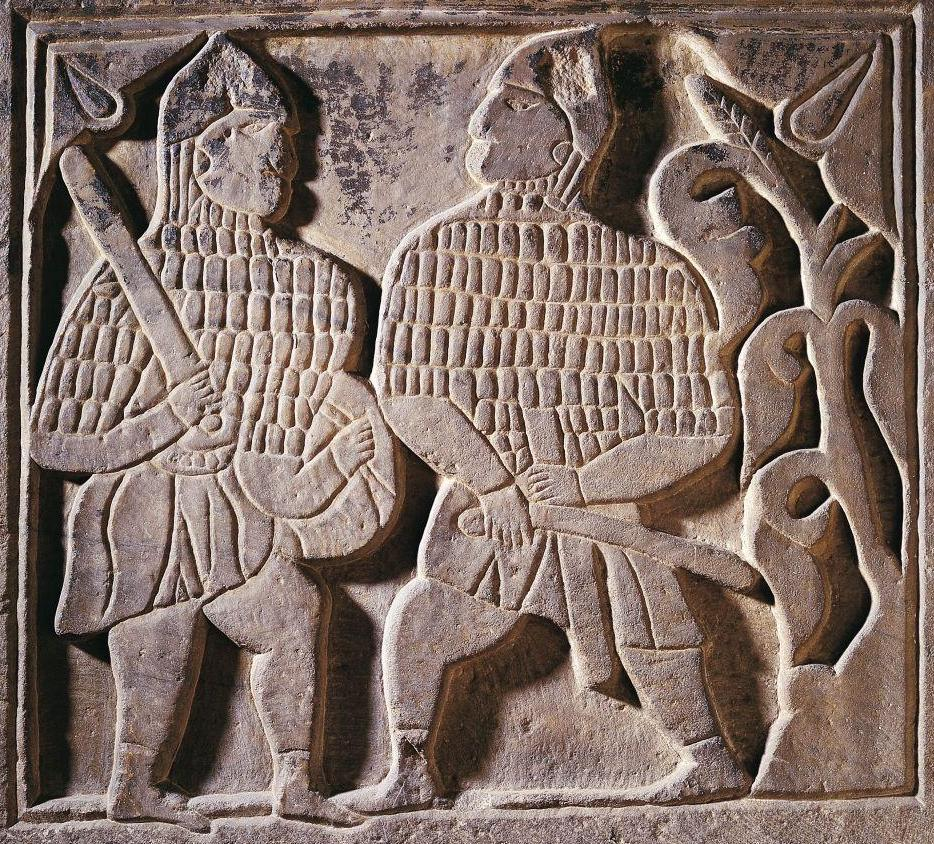 Warrior relief
6th century / AD 12th century, Anatolian Seljuk
Konya was the capital of the Anatolian Seljuq Sultanate
during the AH 6th–7th / AD 12th–13th centuries and
its citadel was decorated with rich figurative reliefs.
This warrior relief not only
depicts the military costume and arms of the period but
also is an important document for the period.
Museum of Turkish and Islamic Arts
Sultanahmet, Turkey 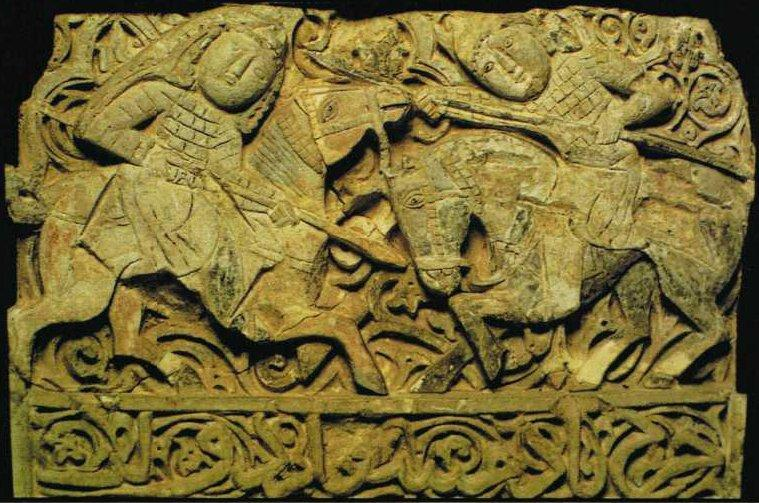 Stucco plaque showing armoured cavalrymen jousting or in combat, Iran 12th-13th centuries, Seljuk Turks. The two men are very similarly equipped, both having a small form of jawshan lamellar cuirass over their chests. However the horseman on the left also has a long cloth over his pointed hat or more probably helmet. This is given to elite guard figures or courtiers in other sources, and perhaps serves the same function here.
Art Museum, Seattle, USA 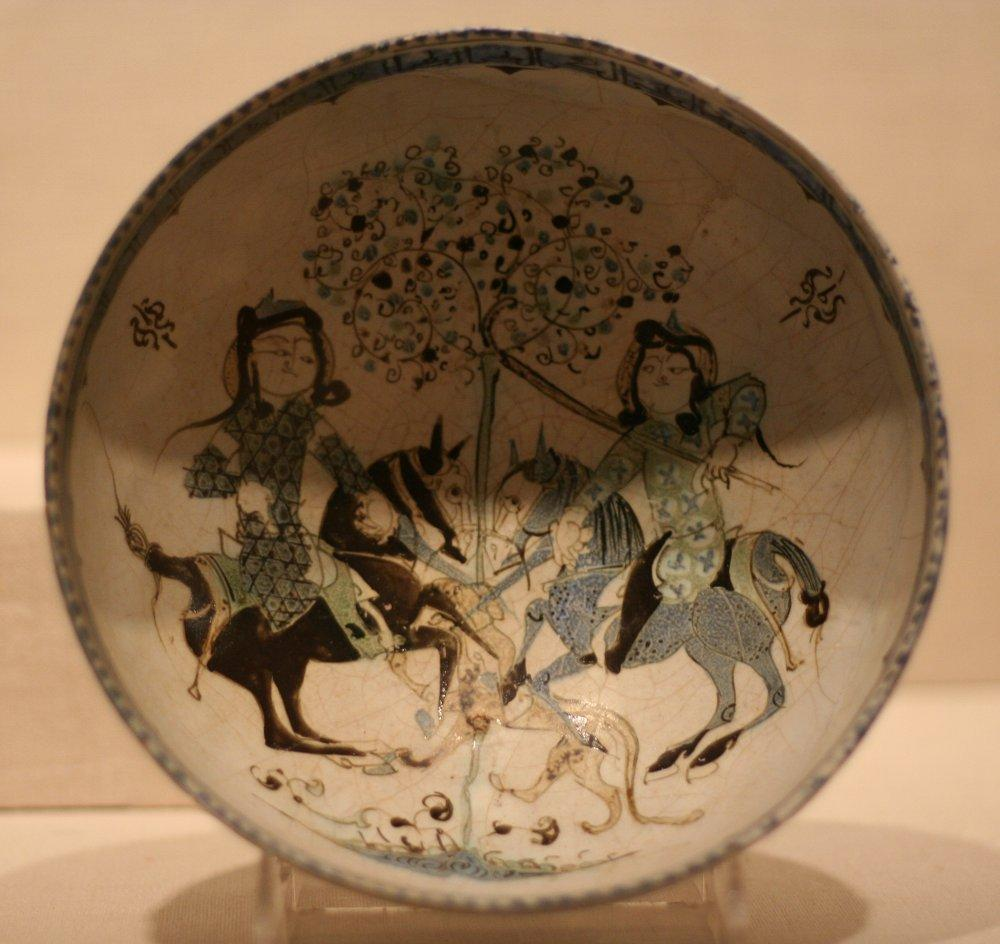 Plaster Relief of Seljuq Cavalry Fighting a Dragon
Hegira 7th-8th centuries / AD 13th-14th centuries, Anatolian Seljuq
This plaster fragment from Konya Palace depicts a horseman accompanied by other horsemen fighting a dragon. Costumes and accessories and the way the figures are rendered all reflect the features observed in depictions of horsemen and hunting scenes very common in Anatolian Seljuq-period art.
Museum of Turkish and Islamic Arts, Sultanahmet, Turkey 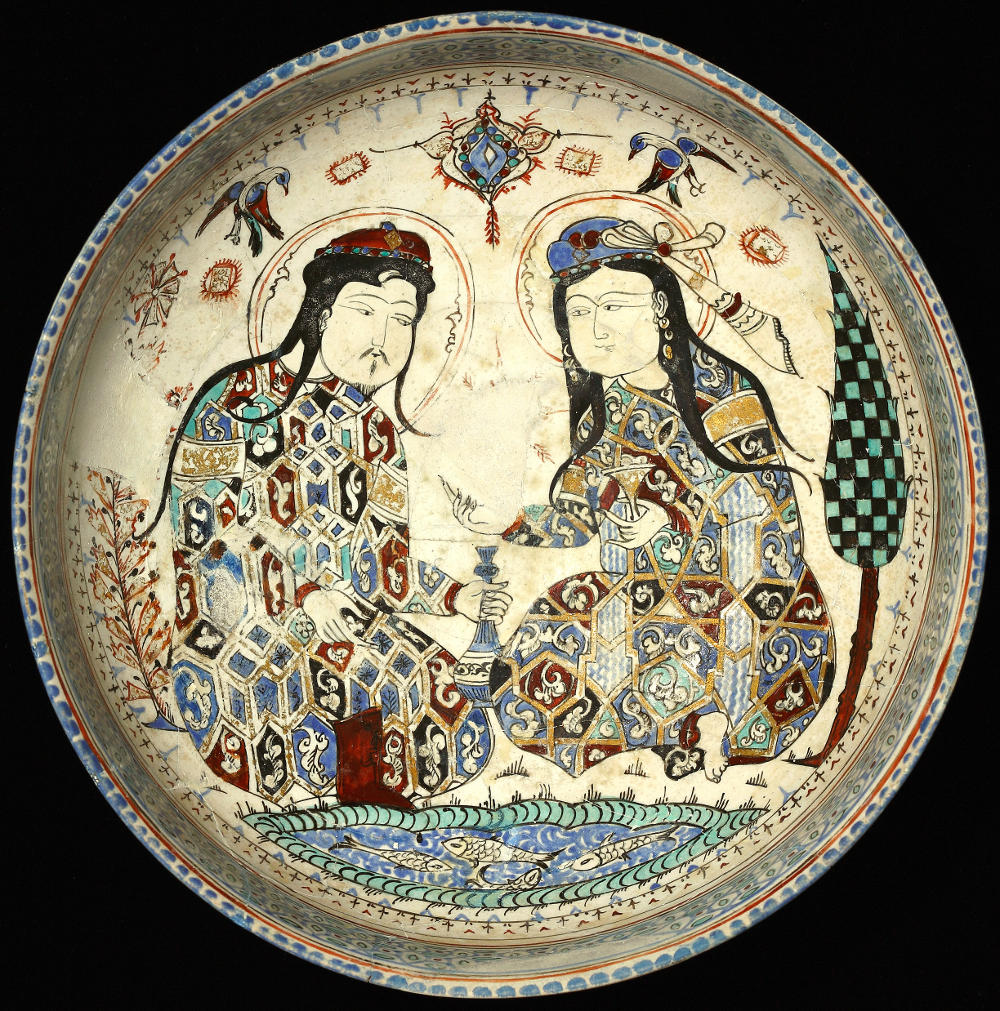 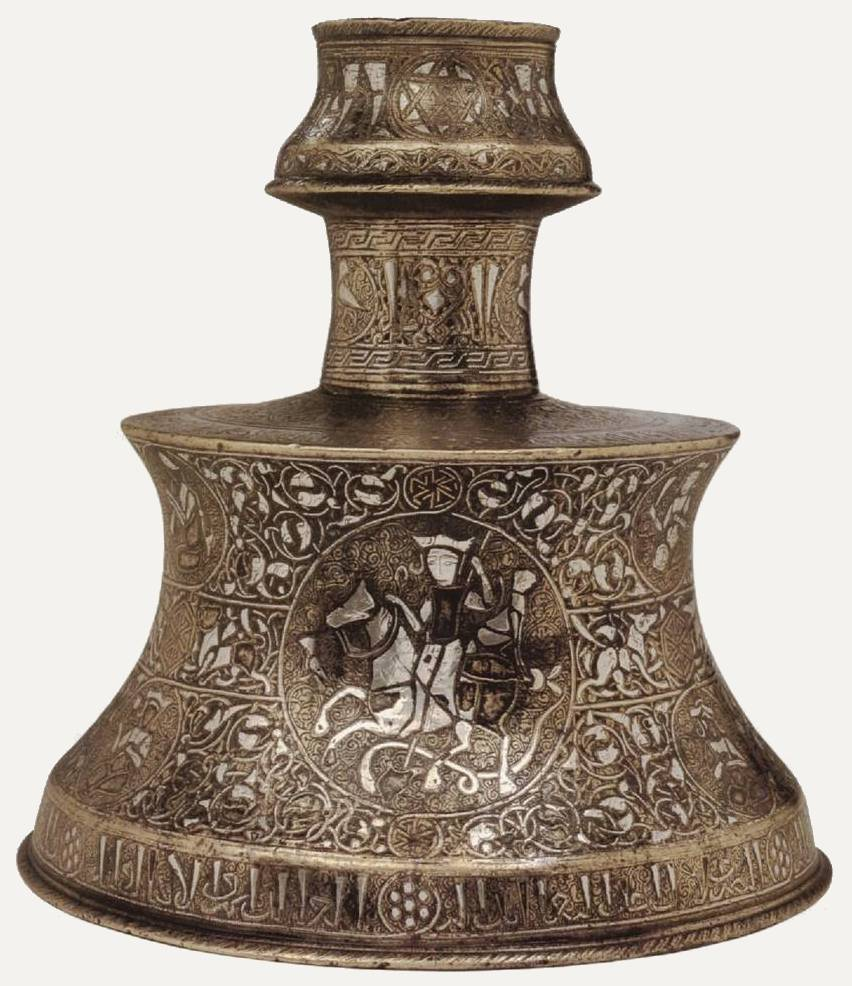 A Cavalryman on a Seljuk Candlestick
Anatolia, mid 13th century.
and 6 pointed star 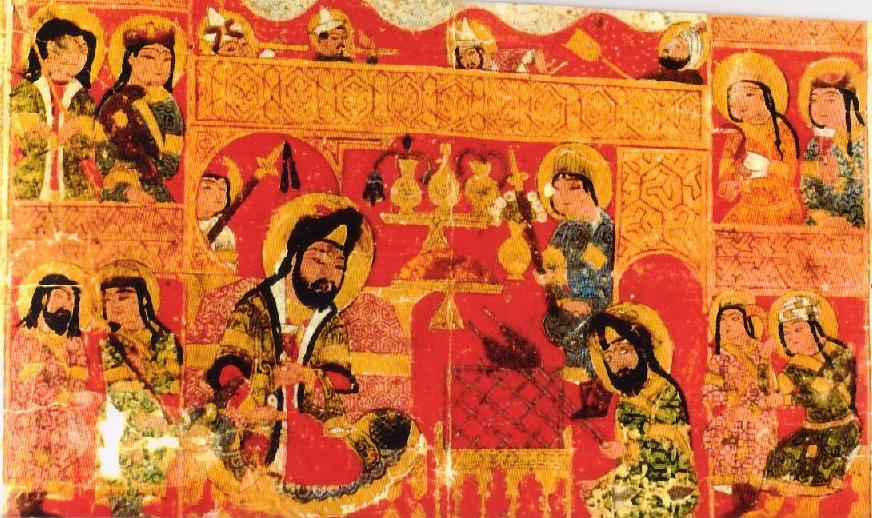 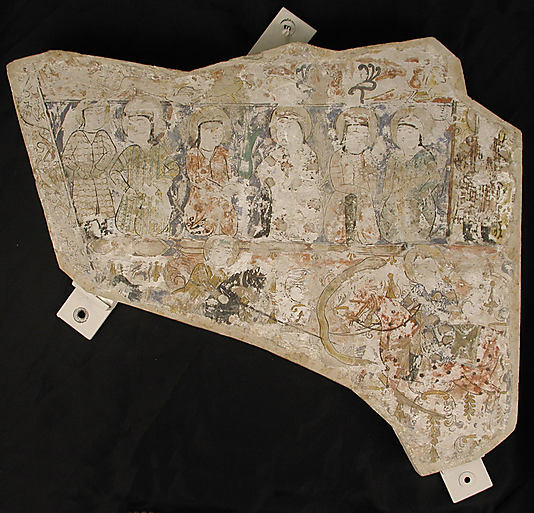 A Seljuq Wall Painting, 13th century
This fragment, probably from the spandrel of an arch, contains a row of standing and kneeling figures in the upper register and a scene of two horsemen slaying a serpent in the lower register. 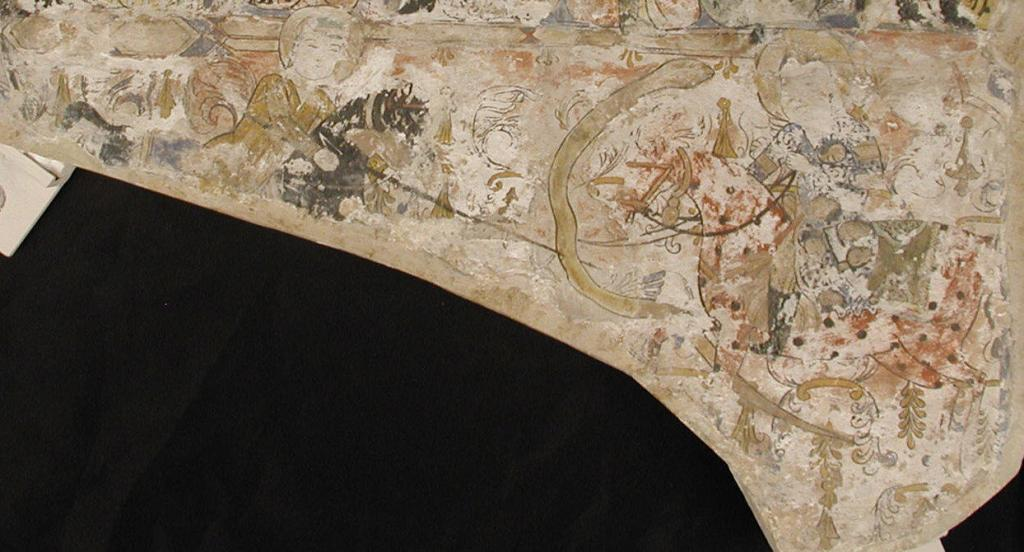 BUT WAY ON EARTH
ARE YOU CALLING "ISLAMIC CULTURE"
WHEN IT IS A "TURKISH CULTURE" ? 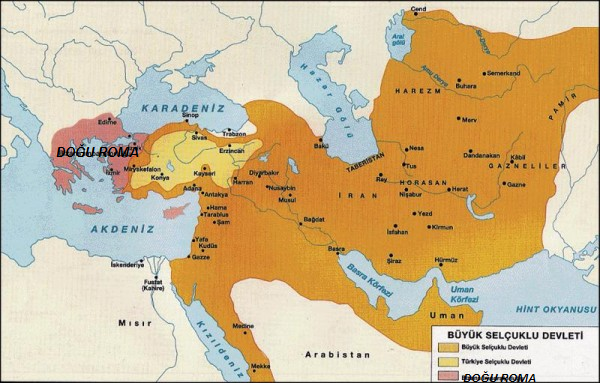