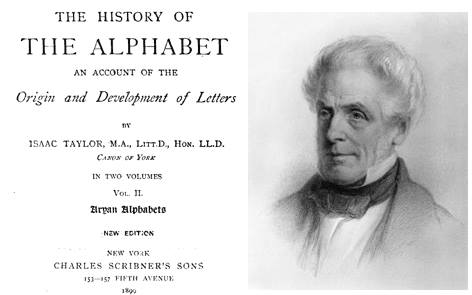 Each of these transmissions was accompanied by important developments in the art of writing. But the action of this general law is perhaps best exhibited in the case of the repeated transmissions of the cuneiform writing.

It was invented by the Accadians, a Turanian people ; from them it was transmitted to the Semitic Assyrians and Babylonians;

and old print to read:

...Now it is utterly out o the question that the Etruscans can have been a colony of Negroes, or Hottentots or Sourth Sea Islanders or Mexicans or Peruvians or Red Indians. The portraits in their tombs to say nothing of geographical considerations are enough to dispose of any such hypothesis.

I - The Aryan or Indo-Europeen languages, such as Sanskrit,Persian,Greek,Latin,German,Russian or Welsh.

II - The Semitic languages, such as Poenician, Hebrew, Arabic and Assyrian.

Thus the problem reduces itself to this simple question, In which of the three great families of speech - Aryan,Semitic or Turanian, are there any decades resembling this Etruscan decade ?
Are there any languages in which l-ch-l- or any equivalent root is used as a decadel suffix?

The Aryan and teh Semitic languages are at once put out of court. The claims of Hebrew, Arabic, Poenician, Coptic, Celtic, OScan, Umbrian, Latin, Greek, Gothic and Sclavonic all of which have been urge bu learned men in learned books, disappear before this simple test. In none of them do the decades end in l-k-l.

The Turanian languages are left. If they do not satisfy our test , The Etruscan language must as some have thought, stand apart, solitary and kinless among all the known languages of the earth ; a single shattered peak as it were, emerging out of the deluge which has overhelmed the linguistic world to which it formerly belonged.

Fortunately however our test is satisfied by the North Turanian, Altaic or Finno-Turkic family of speech , a class which includes the languages of the Lapps, Fİnns, Magyars, Turks, Tatars, mongols and Samoyedes.

...It may therefore be asserted not only that the Etruscan decades can be explained by the Altaic languages, but that every Altaic language from the Baltic to the Amoor, possesses either one or bot of the two Etruscan decadel suffixes which we find in such records of age as machs me a-lchl-sc or machs za-thrum-s.

So much for the Etruscan decades. They have given us what seems to be a key to the lost of the Etruscans. We have now to see if our key is THE KEY. Will it give consistent and probable interpretations of the six digits on the dice shich have so long baffled the efforts of philologers ?

The great difficulty in interpreting the words pn the dice is to obrain a starting point. This, fortunately, is supplied by the decades. We have seen that the Etruscan decade ZA-THRUM meant for-ty hence we gather that the first syllable ZA was equivalent to "four" in Etruscan. You are aware that the Accaidian, one of the cuneiform languages of Babylonia, presents us with the most ancient form of TURANİAN speech. Therefore, in endeavouring to interpret the nuemrals on the dice, we may begin by assuming that the word Sa means "four". 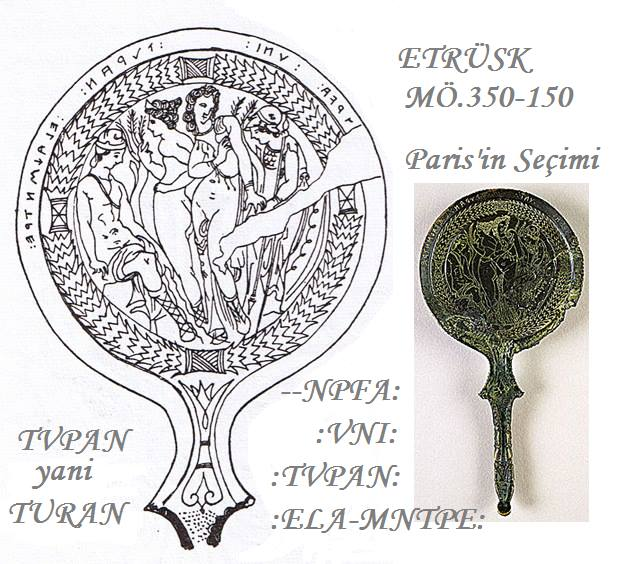 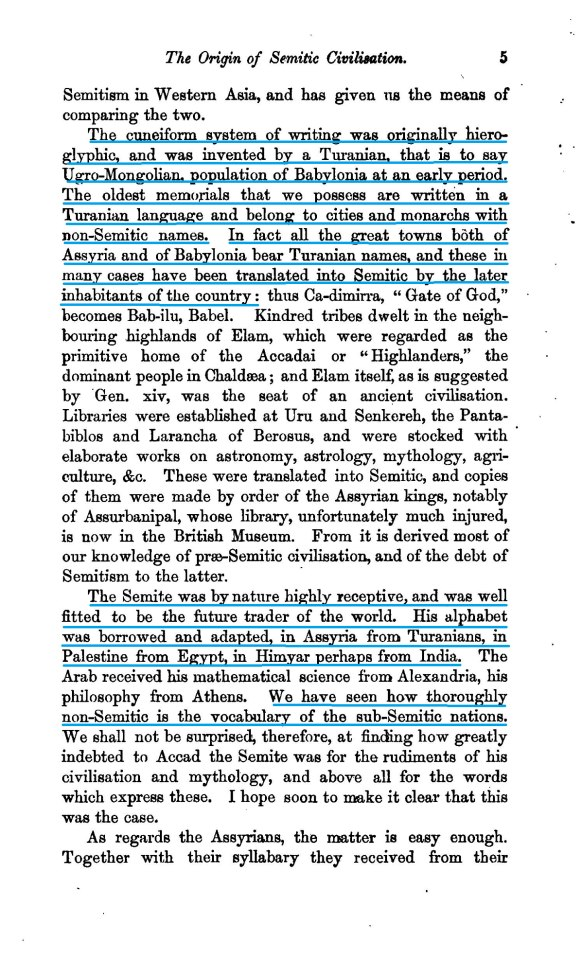 The origin of Semitic civilisation, chiefly upon philological evidence (1872)