THE TURKS ; WHO ARE THEY?

ALL TURKISH PEOPLES,
UIGHURS, KÖK-TURKS,OTTOMAN TURKS,
BELONG TO THAT CENTRAL GROUP OF EURASIAN HUMANITY WHICH WE ARE CALLING
SCYHTIAN.

Not a single Greek, Latin (Roman), Byzantine, Arab, or Persian author ever claimed that the Scythians spoke Persian (Iranian) language, although many of these writers have stressed the finest details of their everyday life, culture, beliefs, customs, and habits.
Especially important is the fact that Herodotus, whose information is routinely used by the Scythologists, was a native of the Asia Minor city of Halicarnassus, in one of the ancient Persian satrapies, he could not fail to distinguish the Persian (Iranian) vernaculars from the others, especially since he visited Persia and not once met Iranians outside of Persia.


THE EARLIEST SCYTHIAN AND THE EARLIEST INDO-EUROPEAN WERE MUTUALLY INTELLIGIBLE SISTER LANGUAGES.

THE AR AZ AS SA OR SU PEOPLES.... AZ WERE IN SOME WAY ANCESTRAL TO KASSITES AND KHAZARS.
WE MAY SUPPOSE THAT THIS SA POPULATION WAS THE LONG SOUGHT PRE-SUMERIAN. AFTER THE ARRIVAL OF THE SUMERIANS PROPER, THE SA PEOPLE SEEM TO HAVE BEEN PUSHED TO THE NORTH, TO THE NORTHERN MOUNTAINS, THE PART OF THE SUMERIAN WORLD DESIGNATED IN CUNEIFORM DOCUMENTS AS SABARTU. IN RECENT LITERATURE THESE PEOPLE ARE OFTEN CALLED SUBARAEANS.

SUMERIANS WERE THE CREATORS OF THE FIRST HIGH CIVILAZATION IN MESOPOTAMIA.

THE SUMERIANS WERE- THIS TRUTH EMERGES SLOWLY FROM THE RECENT PROGRESS OF ARCHEAOLOGY- THE PROBABLE BIOLOGICAL , AND CERTAINLY THE CULTURAL ANCESTORS OF ALL THE LATER PEOPLES CALLED SCYTHIAN.

* THE MEDES, ONE OF THE GREAT PEOPLES OF ANTIQUITY, WHO APPEAR AFTER THE ASSYRIANS AND BEFORE THE PERSIANS. THE ORIENTALIST JULES OPPERT ASSERTED (IN 1879) THAT THEY WERE A TURANIAN PEOPLE. THEY WERE PRESENT NOT ONLY IN CLASSIC MEDIA ; HERODOTOS WRITES ABOUT MEDES NORTH OF THE DANUBE.

THE DAHA PEOPLE (DACIANS) RULE IN CENTRAL EUROPE WAS DEFEATED BY THE ROMANS, BUT DACIANS SEEM TO HAVE SURVIVED IN RUMANIA AND IN SOUTHERN HUNGARY TOO, WHERE THEY ARE CALLED TAHO. EARLY GROUPS OF THE DAHAE MAY HAVE INFLUENCED MANY PEOPLES OF ASIA. IT IS POSSIBLE THAT THEY WERE THE ANCESTORS OF THE THRACIANS AND THE TURKS.

THE HUNS IN THE WEST THEY WERE CALLED SCYTHIANS. SOVIET EXCAVATIONS HAVE SHED LIGHT ON THE SURPRISINGLY HIGH CULTURE OF THOSE HUNS (SCYHTIANS) WHO LIVED AND BURIED THEIR DEAD IN THE SIXTH AND FIFTH CENTURIES B.C. IN THE ALTAI MOUNTAINS.

THE AVARS MANY DIFFERENT NAMES LIKE OBORS, VARS, PARS, IN ROMAN TIMES AS PARTIANS. THEIR ETHNIC GROUP UNITED WITH SIMILAR SCYTHIAN ELEMENTS.

ALEXANDER THE GREAT CONQUERED THE AVAR LAND, BUT SOON AFTER HIS DEATH ARSACUS LIBERATED THE AVAR, WHO UNDER THE ARSACID DYNASTY FOUGHT THE ROMANS UNTIL 250 AD. , WHEN ROME PUSHED THEM BACK TO THE ARAL SEA. FROM THERE MENACED BY THE KÖK-TURKS PART OF THE AVARS MOVED WEST AND IN 568 SETTLED IN THE CARPATHIAN BASIN.

THE TURKS; ALL TURKISH PEOPLES, UIGHURS, KÖK-TURKS, OTTOMAN TURKS, BELONG TO THAT CENTRAL GROUP OF EUROSIAN HUMANITY WHICH WE ARE CALLING SCYTHIAN.


Ida Bobula was born in Budapest on February 27th, 1900. Her first work, Versek, [Poems] was published in 1920. She earned her Doctorate of History, her fist, at Pázmány Péter Tudományegyetemen, Budapest, in 1923. From 1929(?) to 1933, she was a Ministerial Advisor of Religion and Education; 1933-1944, Director of Sarolta Kollégium [Boarding-School]; from 1939 also a private tutor at Debreceni Egyetem [University of Debrecen].

Dr. Bobula continued her studies in the United States until 1929, after which she returned to Budapest to teach. In 1947, political pressures forced her to permanently emigrate to the U. S. where she worked at the library of the New Jersey Women's College and the Library of Congress, and taught history and sociology at Limestone College in Gaffney, S.C. She was a member of the American Orientalist Society; and, from 1960, headed the information department of the World Confederation of Organizations of the Teaching Profession (WCOTP). In 1956-1957, she was the director of the Hungarian Refugee program in Philadelphia.
Dr. Bobula spoke seven languages, and was an alumna of Bryn Mawr College, Pennsylvania. She was a scholar of exceptional talent but of modest (material) means. She passed away in Gaffney, S.C., on October 24th, 1980.

Ida Bobula wrote dozens of books and papers, her most popular works are: [The square-bracketted title translations to English are unofficial] 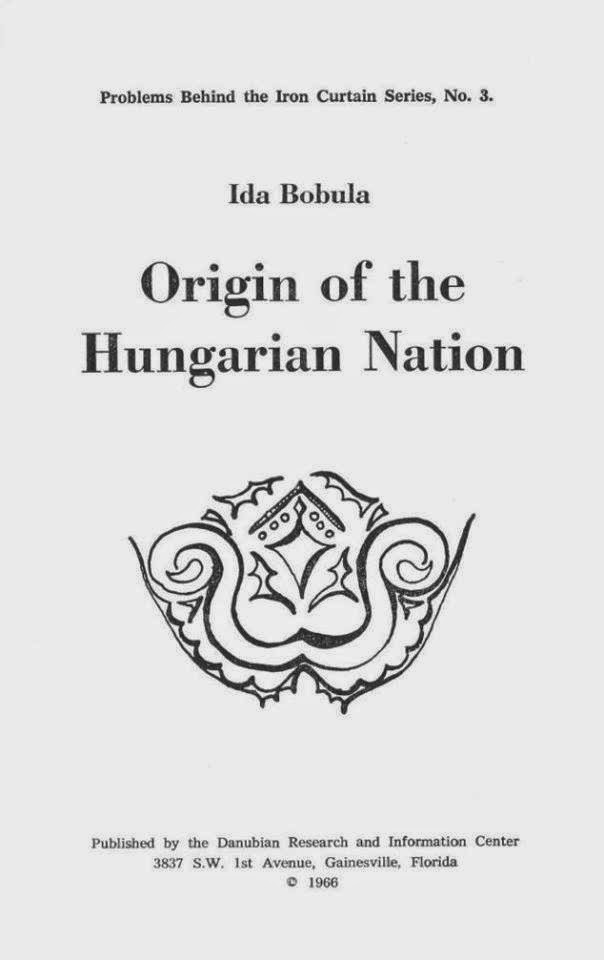 Nők útja a matriarchatustól a mai társadalomig, Budapest, 1938 [The Course of Women from Matriarchy to Today's Society]
Sumerian Affiliations. A Plea for Reconsideration, Washington, 1951
The origin of the Hungarian Nation, Gainesville, 1966
A sumér–magyar rokonság kérdése, Buenos Aires, 1961, [The Question of the Sumerian-Hungarian Kinship]
Kétezer magyar név szumír eredete, Montreal, 1970 [The Sumerian Origin of 2000 Hungarian names]

Ida Bobula's works have been translated to other languages and are recommended in the curricula of several colleges and universities worldwide. She has been regularly quoted by several researchers and scholars. Professor Alfréd Tóth, author of the Etymological Dictionary of Hungarian (EDH), 9, Etruscan and Hungarian, also quotes Dr. Bobula:
"Spread the word and be not surprised if you are assailed, perhaps even by people who call themselves Hungarians." 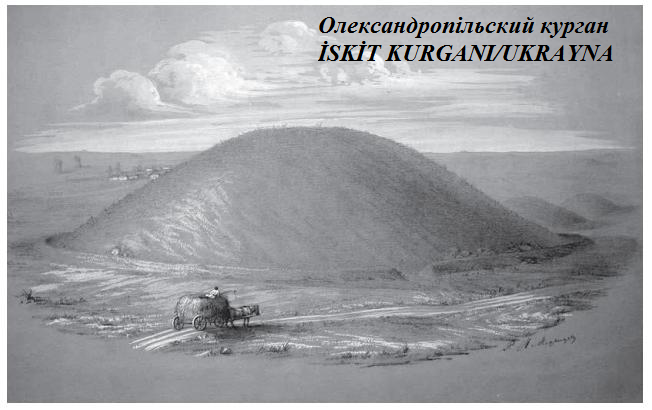