But the descendants of Shem were not the first civilizers of Babylonia. Those far-spreading tribes called by ethnologists Turanian had been beforehand.

"All appearances" says M.F.Lenormant, "would lead us to regard the Turanian race as the first branch of the familiy of Japhet which went forth into the world, and by that premature sepatation, by an isolated and antagonistic existence took, or rather preserved, a completely distinct physiognomy". " A thick stratum of Turanian civilization underlay Semitism in western Asia.

In fact all the great towns both of Assyria and Babylonia bear Turanian names".

So writes the Rev.A.Henry Sayce in a most interesting essay on the origin of Semitic Civilization...... (page 6)


"The Turanian people" says Mr.G.Smith ," who appear to have been the original inhabitans of the country, invented the cuneiform mode of writing. all the earliest inscriptions are in that language, but the proper names of most of the kings and principal persons are written in Semitic in direct contrast to the body of the inscriptions. The Semites appear to have conquered the Turanians, although they had not yet imposed their language on the country"....(page 7)


We will now turn to the polity, and laws, and transaction of business. "It is the opinion of the majority of Assyrian scholars" says Mr.G.Smith in his important work, Assyrian Discoveries, that the civilization, literature, mythology and science of Babylonia and assyria were NOT the work of a Semitic race, but of a totally different people, speaking a language quite distinct from that of all the Semitic tribes.

There is , however, a more remarkable point than this : it is supposed that at a very early period the Akkad of Turanian population, with its high cultivation and remarkable civilization, was conquered by the Semitic race, and that the conquerors imposed only their language on the conquered adopting from the subjugated people its mythology, laws, literature and almost every art of civilization".... (page: 30)


In this case the record is "in Semitic Babylonian, but most of the other tablets in the collection" (in British Museum) as Mr.Smith tells us " are written in Turanian ,although occasionally one copy will give a Semitic equivalent for the corresponding Turanian word in the other." ... (page 36)


Mr.George Smith, in his work on "Assyrian Discoveries" gives a translation from a tablet belonging to the temple of Bel, written in the Turanian and Semitic Babylonian languages : -
"In the month Nisan (the first month, mostly in March) on the second day, one kaspu (2 hours) in the night: .....(page 41)


This acoors with the westward drift of races in the earliest times and historic race of the Egyptians to the Lower Nile, for from its origin Egypt was rather Asiatic than African....(page 94)


We have seen indications that the mixture and even fusion of races, so characteristic of the Chaldaean country had extended itself in the tideway of migration through Mesopotamia, Syria, Canaan and even into the Delta. We shall not be surprised to find if so be, even a Turanian element in Egypt when we treat of the "shepherd-kings"....(page 104)


This is a most important contrast and would lead to the conclusion that the pristine Turanian religion of Chaldaea, in respect at least of the worship of elemental spirits ,had not formed any portion of the complicated system which grew up in Egypt....(page 118)


The best picture we can produce must be tessellated with fragments from the most various sources. We have already brought many together and arranged them in a rough outline. We have seen the western migration of different races, Turanian, Hamitci, Semitic ; have traced the line of their smouldering camp-fires from the Persian Gulf to the eastern branches of the Nile, the names of their stations, the titles of their gods, the records of their conquests and, last of all, their very presence with living tradition on their lips from point, along their old time-honoured highway....(page 131)


The name Hyksos, by which they were known to the Egyptian priestly historian Manetho is generally believed to be compounded of Shasu, the usual word for the Arab hordes, and hyk king ; and may have been a mere nickname used after their expulsion. But the Egyptians call them in their records Menti (Syrians), Sati ,the roving Asiatics armed with bows, or by a word of hatred or contempt. Manetho, says they wre of ignoble race, "some say Arabians ;" and also uses the term Phoenicians for the earlier monarchs. Africanus calls them Phoenicians.

It is clear enough from what quarter they came. As we have seen, the few sculptures yet discovered show a type, most strongly-marked common to all the royal heads. Mr.Lenormant has suggested more than once that this may display a Turanian element ; "a race which is not even purely Semitic, and must be pretty strongly mixed with those Truanian elements which science reveals to-day as having borne so large a part in the population of Chaldaea and Babylonia".... (page 143)


The subject of marriage in Egypt has been treated by Prof.Ebers. The wife held a very honourable place in the oldest times, as the monuments clearly show. This agrees well with the Pharaoh's view of the matter, which indeed was quite as characteristic of the old Turanian people of Chaldaea and also guided the conduct of Abimelech king of Gerar....(page 154)


The word used in Genesis xii, for the officers of Pharaoh2s court, is the correct Egyptian title (Sar), which is in fact common to the Turanian and Semitic Babylonia, Egyptian and Hebrew languages...(page 155)


Now they are furnishing one of the most striking confirmations of our faith in the historical record which the wit of man could possibly imagine. for this pristine Elam is "rising up" with its kindered nation the old Turanian Chaldaea, as if to show that in god's providence there is nothing hidden that shall not be revealed when the set day is come....(page 167)


The explorations of Mr.Loftus in the huge mounds laid open the remains of magnificent building of the Persian period, including the stately palace decribed in the book of Esther. But we are only entitled in this place to notice the more ancient objects dicovered in the citadel. "There is every probability" he says "that some of the brick inscriptions extend as far back as the period of the patriarch Abraham. "

M.Lenormant mentions a still more primitive relic : "The Anarian cuneiform writing, as science ha, now proved, was originally hieroglyphic, that is , composed of pictures of material objects ; and these forms can in some cases be reconstructed. An inscription entirely written in these hieraoglyphics wxixts at Susa, as is positively known ; but it has not yet been copied, and is therefore unfortunately not available for study."

In truth this region was the seat of a civilization of the most ancient date, while in the back-ground rose the old Turanian Media, stretching away towards the Caspian where a kindered ,but not identical language was spoken...(page 171)


It is worth notice that Atilla the Hun, in the fifth century, designated himself "Descendant of the great Nimrod"...king of the Huns, the Goths ,the Danes and the Medes. Herbert (author of 'Attilla' a poem) states that Attila is represnted on an old medallion with a Teraphim, or a head, on this breast and the same writer adds: "we know from the Hamartigenea of Prudentius, that nimrod with a snaky-haired head was the object of adoration to the heretical followers of Marcion ; and the same head was the palladium set up by Antiochus Epiphanes over the gates of Antioch though it has been called the visage of Charon. The memory of Nimrod was certainly regarded with mystic veneration by many ; and by asserting himself to be the heir of that mighty hunter before the Lord, he vindicated to himself at least the whole Babylonian kingdom."

It is interesting to trace this appaling head through its Gorgonian development, so far down the ages, from the most ancient Babylonian gems.

The early kings whose names are recorded in the fragmentary inscription of Agu-kak-rimi, brought home by Mr.G.Smith, were rulers of Babylonia but of Cassite race, that is of the Cushite race of Elam, and form in that author's History of Babylonia the first Cassite dynasty....(page 175)


During the time of Sargina the Semitic language began to supersede the old Turanian Akkadian ,and the custom grew up of recording the contracts of sale and loan in Semitic, whenever one of the contracting parties was of that race. "The decline continues rapid" (says M.Lenormant) under the Kissian kings , of whom the first is Khammuragas , when the capital is definitely fixed at Babylon. It is under these kings, who occupied the throne during many centuries, that the Akkadian became extinct as a living and spoken language."...(page 201)


Studies on the times of Abraham - Henry George Tomkins,
Member of the Society of Biblical Archaeology.
e-book link 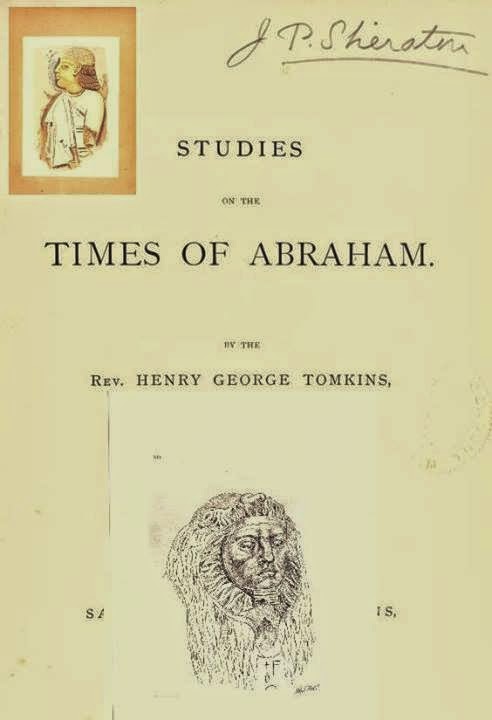