BABURNAMAH AND THE TURKS IN INDIA

One of the world's great autobiographical memoirs, the Baburnamah is the story of Zahir al-Din Muhammad Babur
(866 AH/AD 1483-937 AH/AD 1530),
who conquered northern India and established the Mughal Empire (or Timurid-Mughal empire).

Born in Fergana (Central Asia), Babur was a patrilineal Timurid and matrilineal Chingizid. Babur wrote his memoir in
Chaghatay Turkish, which he referred to as Turkic,
and it was later translated into Persian
and repeatedly copied and illustrated
under his Mughal successors.

The present copy in Persian, written in Nasta'liq script, is a fragment of a dispersed manuscript that was executed in the late 10th century AH/AD 16th. The ordering of the folios as found here does not follow the narrative of the text.

The Walters' fragment contains 30 mostly full-page paintings that are representative of the Mughal court style under the Mughal Emperor Akbar (reigned 963 AH/AD 1556-1014 AH/AD 1605).

Another major fragment of this work containing 57 folios is in the State Museum of Eastern Cultures, Moscow. The dark green leather binding, which is not original to the manuscript, dates to the late 13th century AH/AD 19th or early 14th century AH/AD 20th. 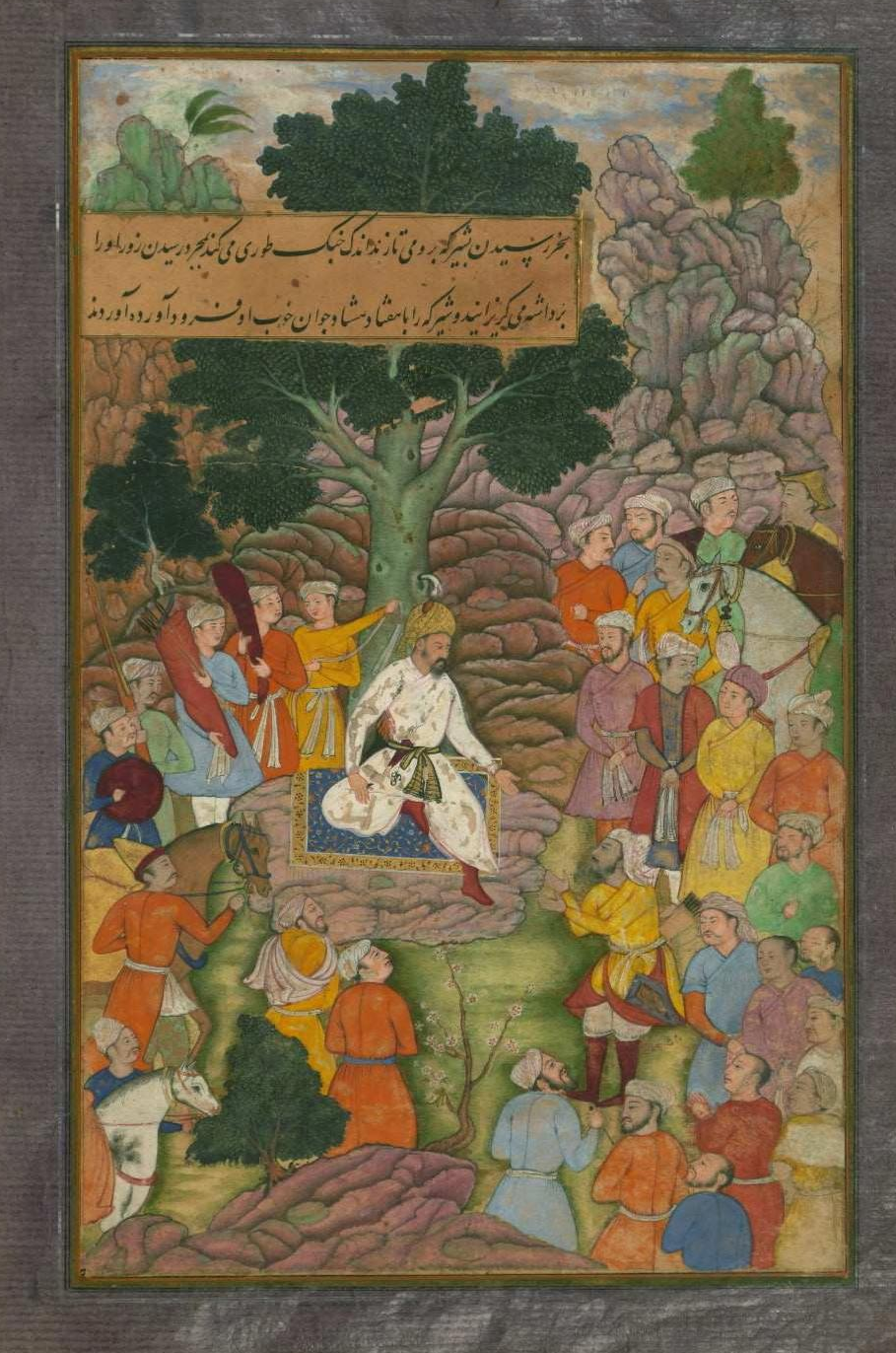 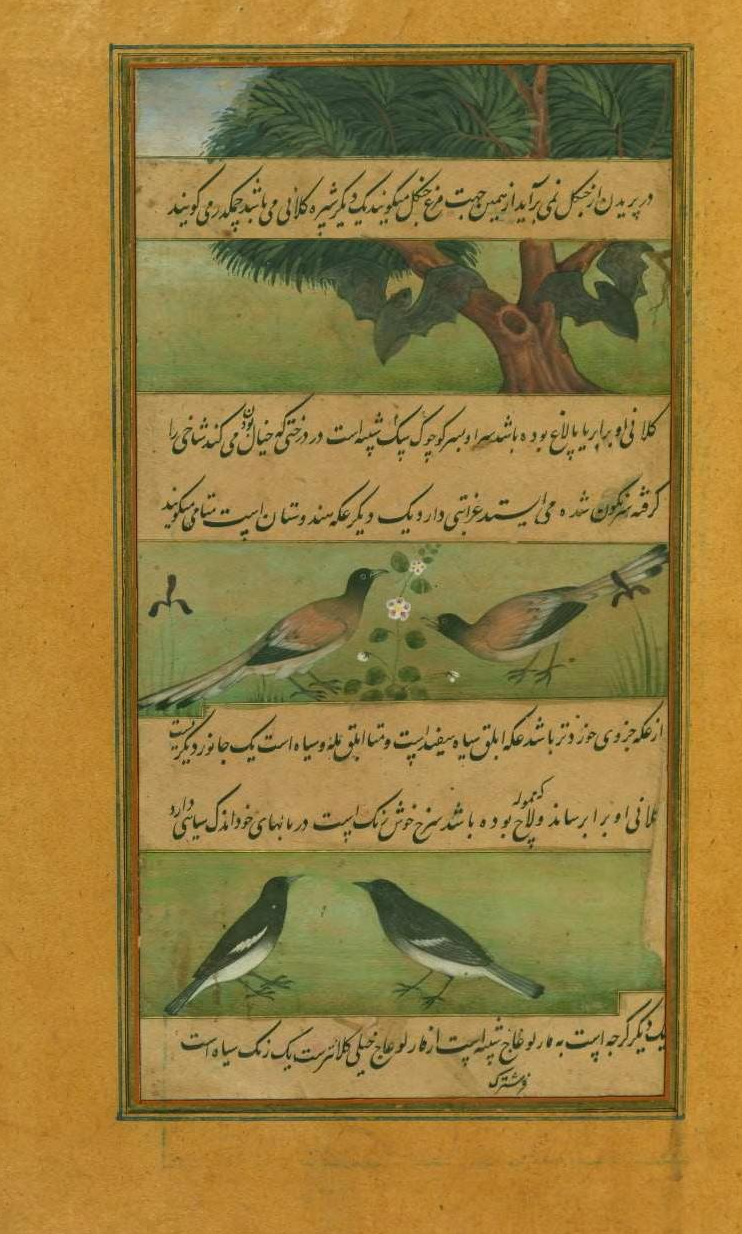 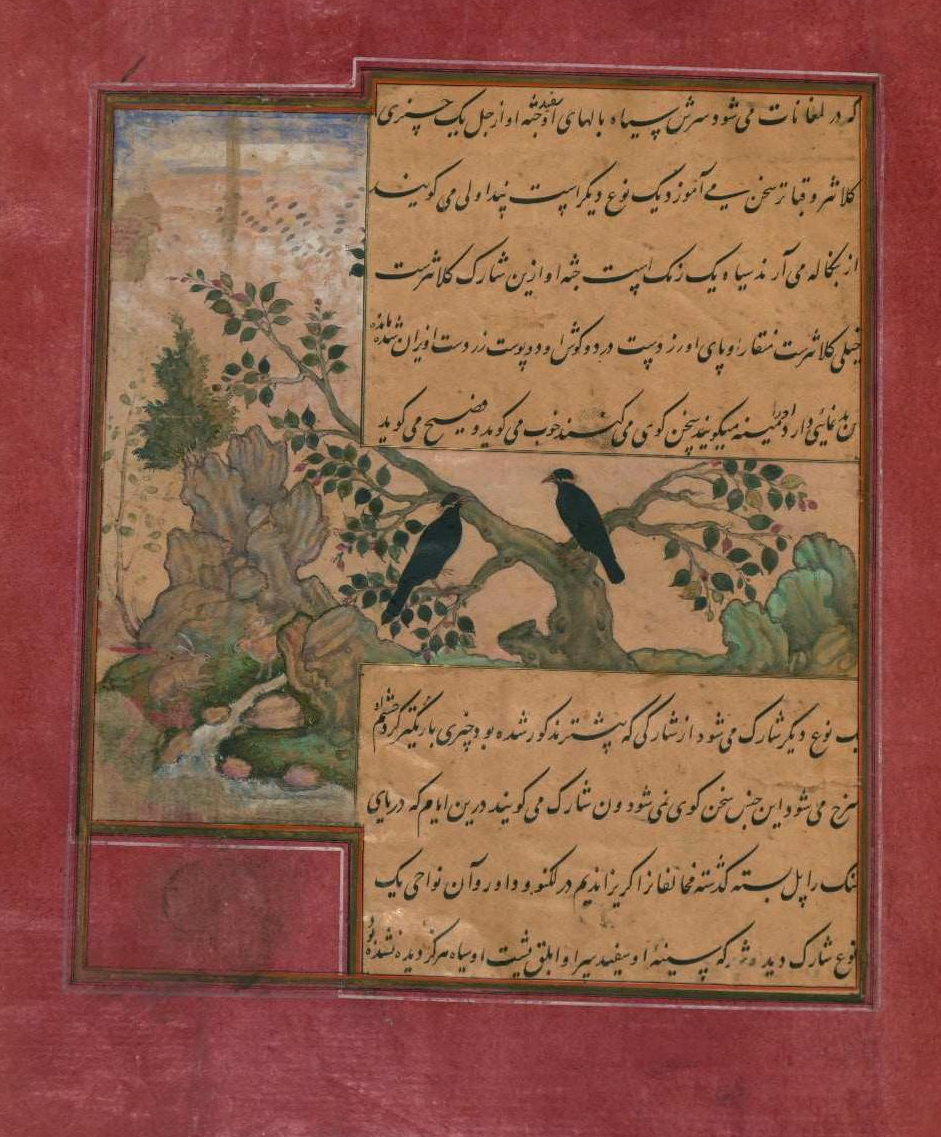 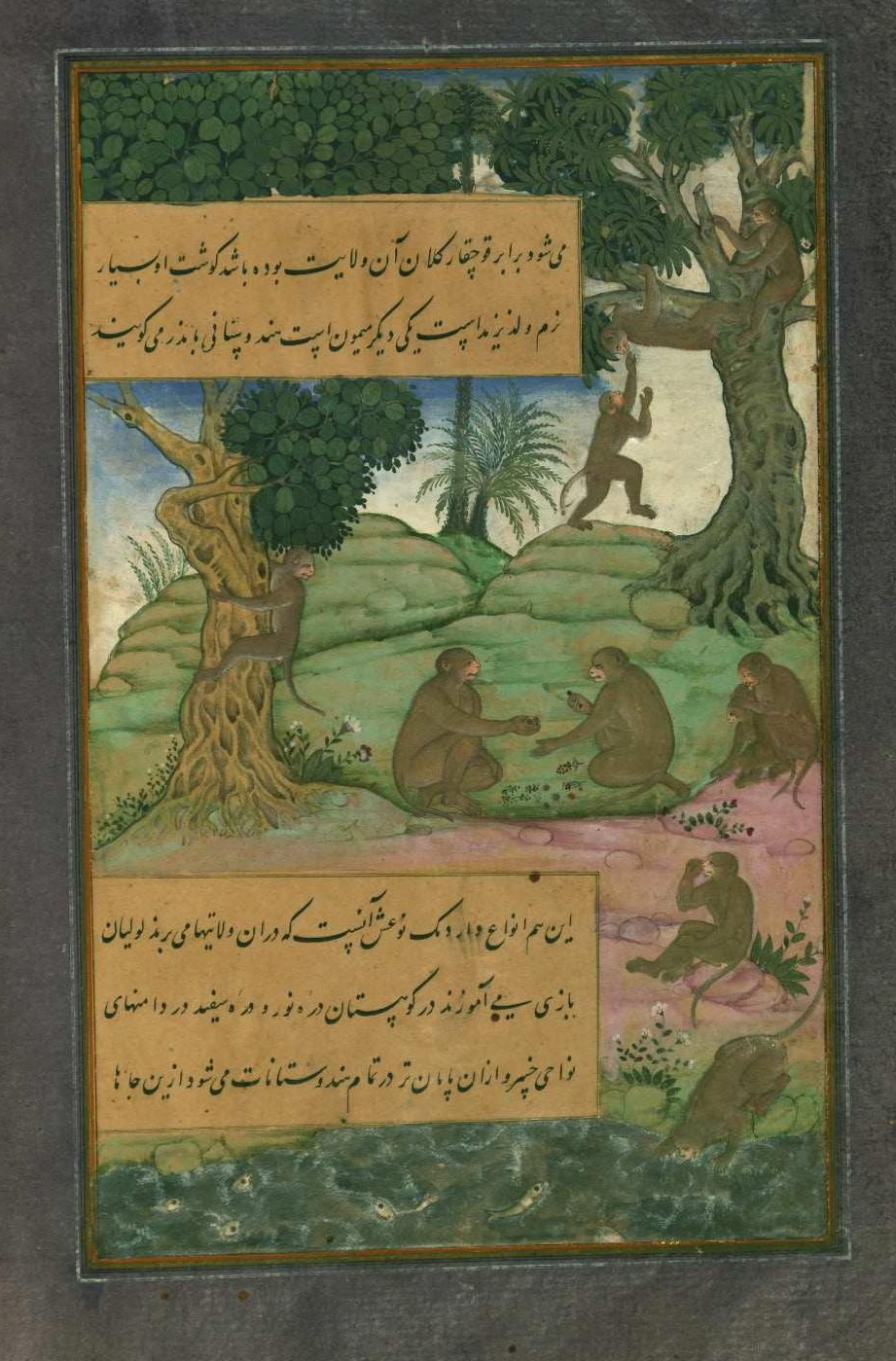 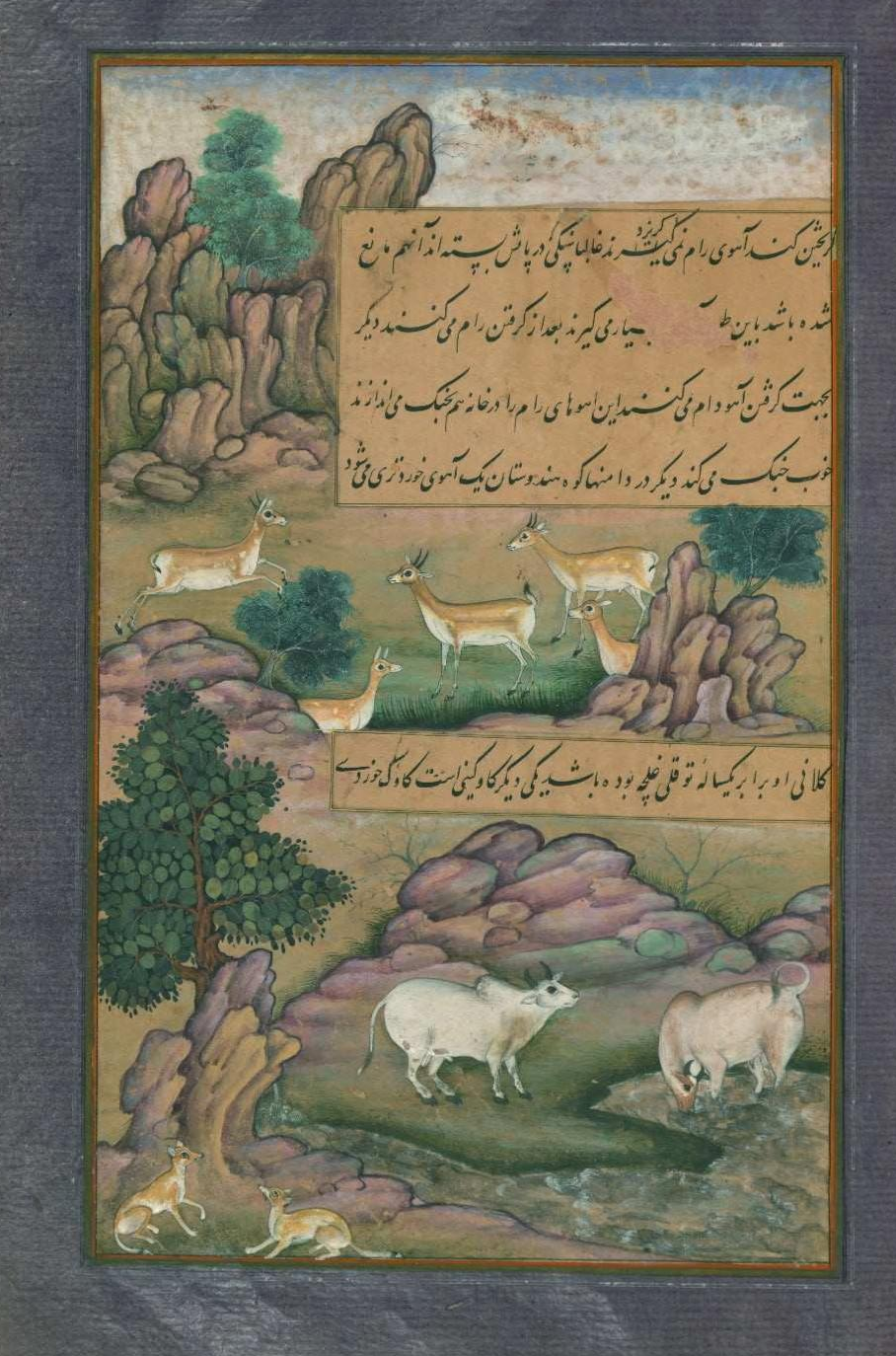 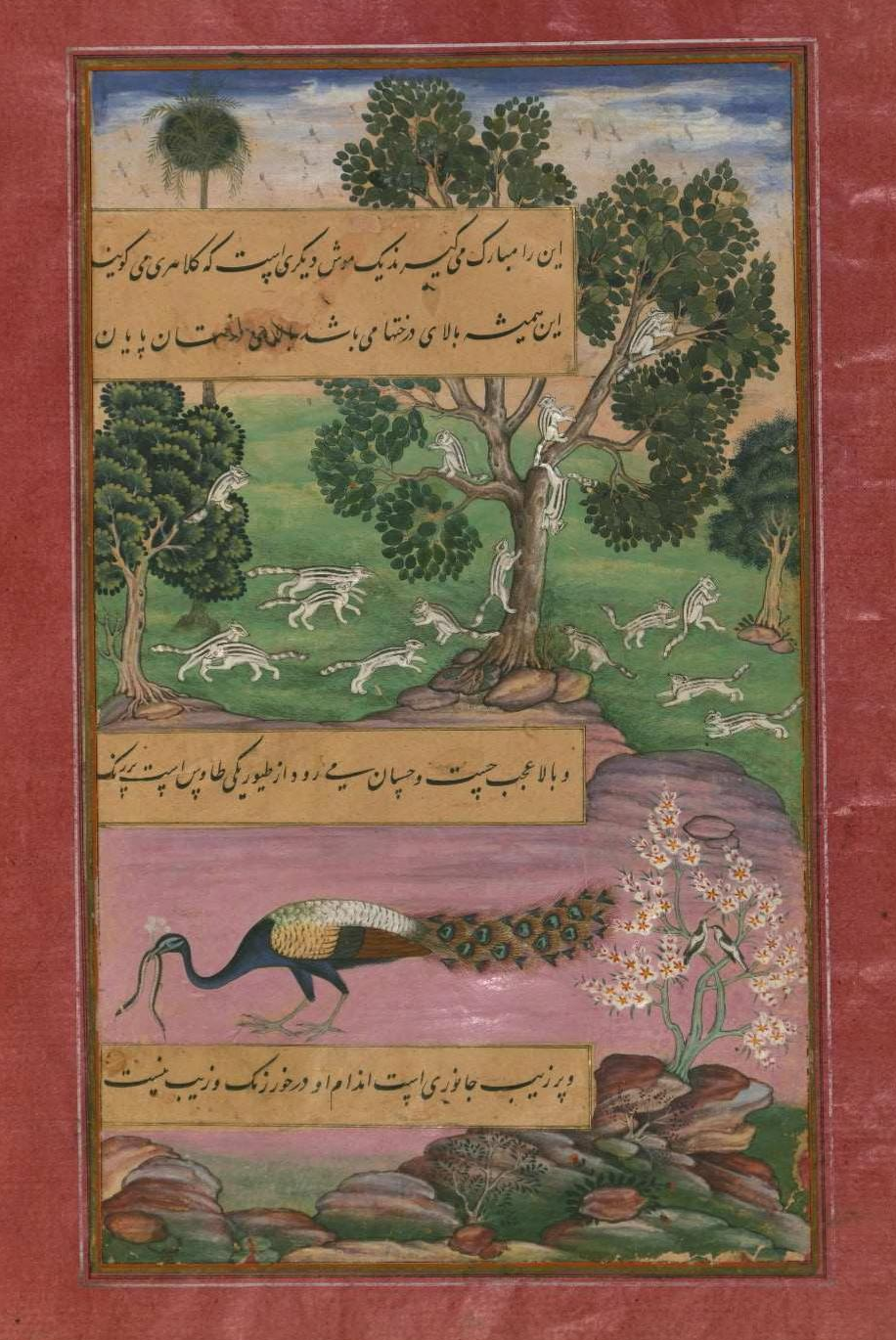 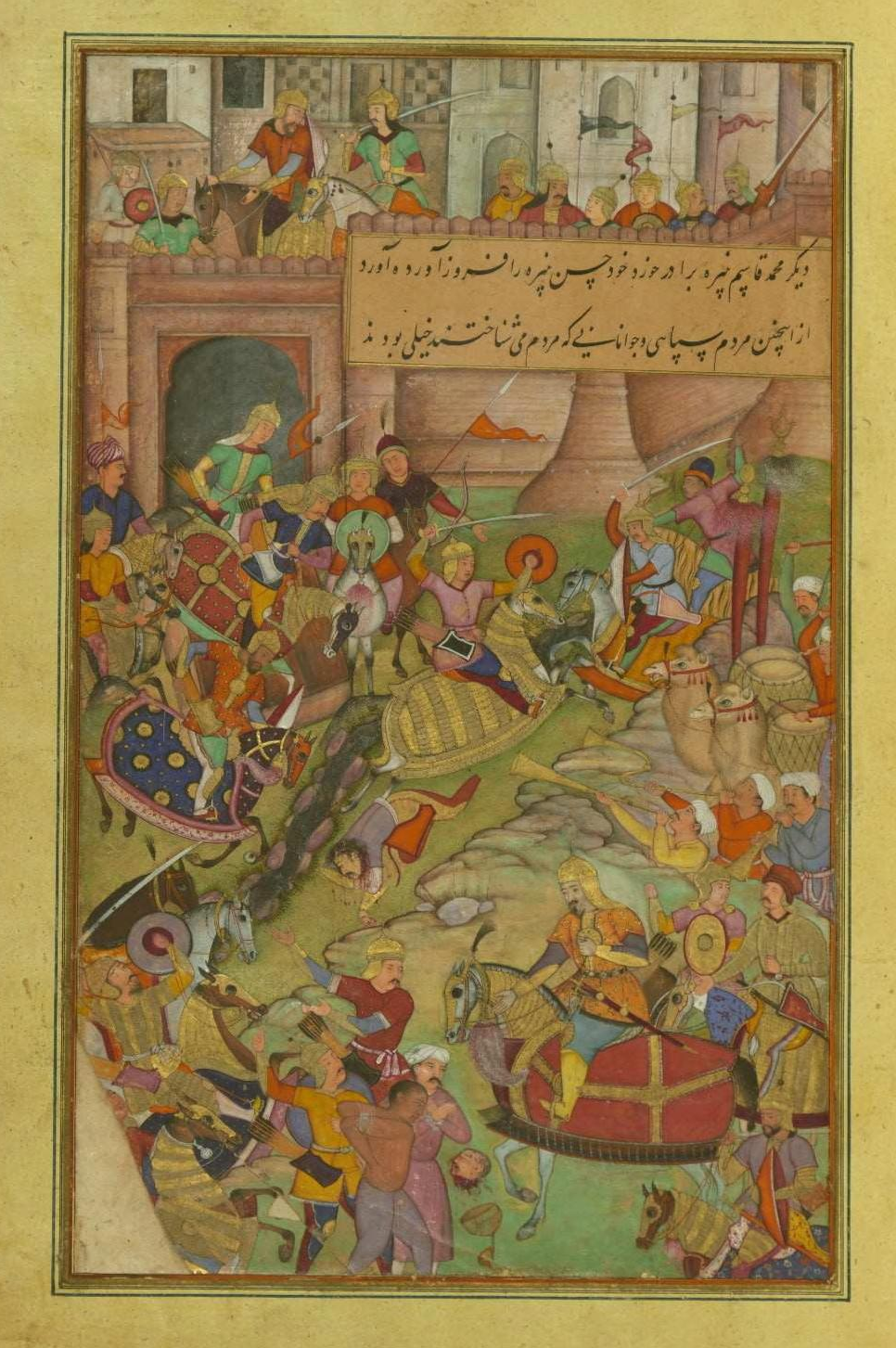 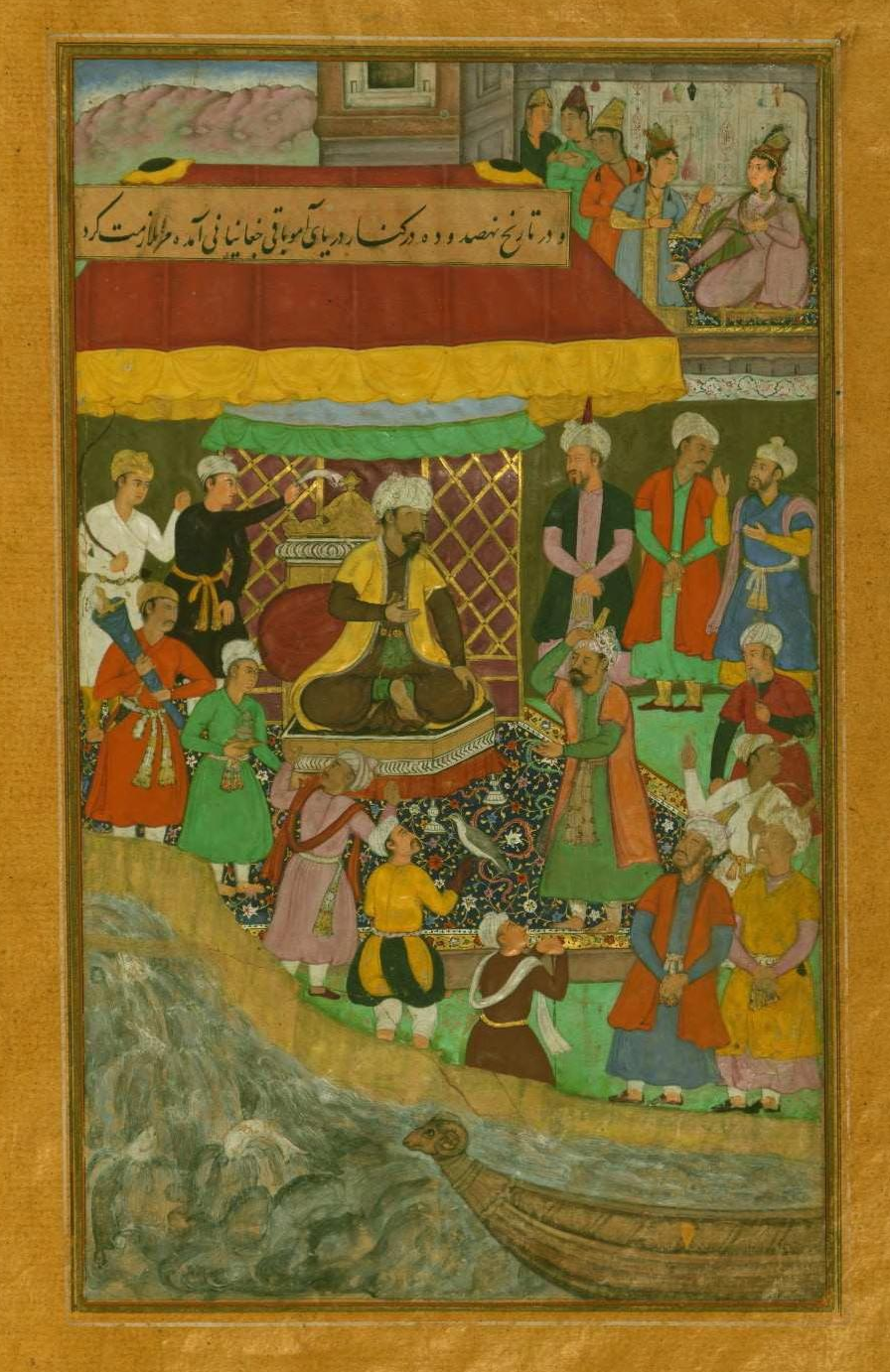 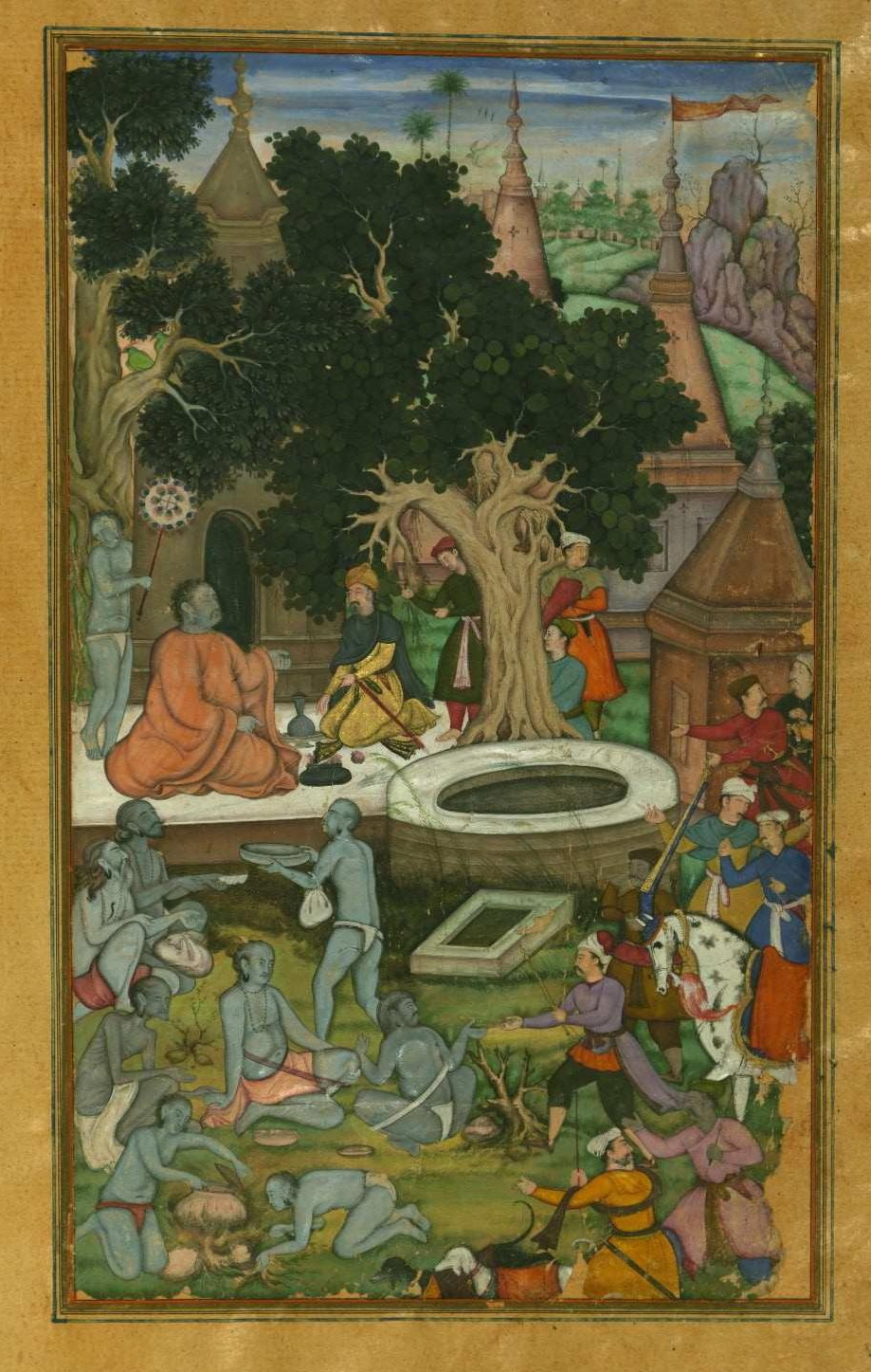 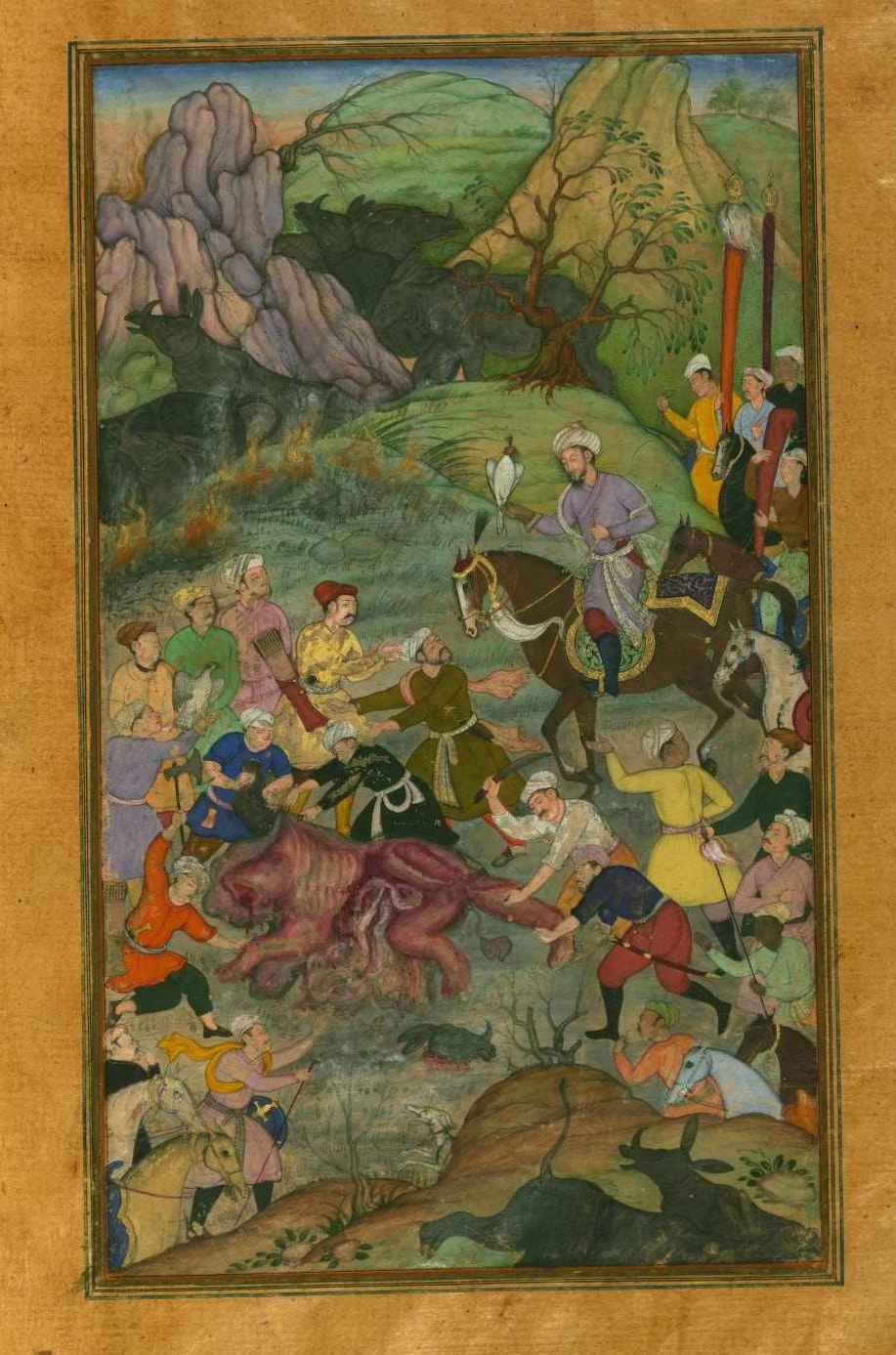 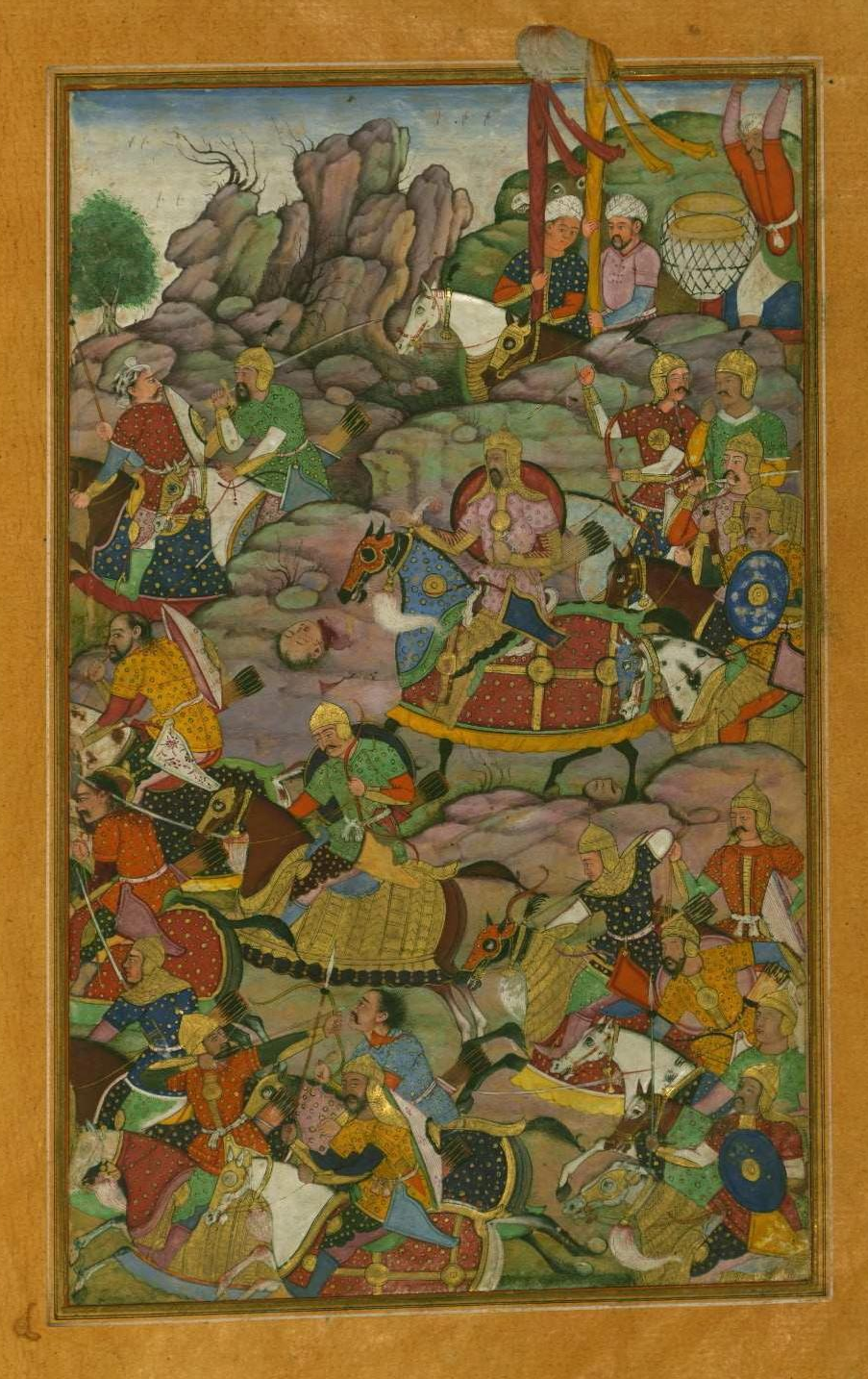 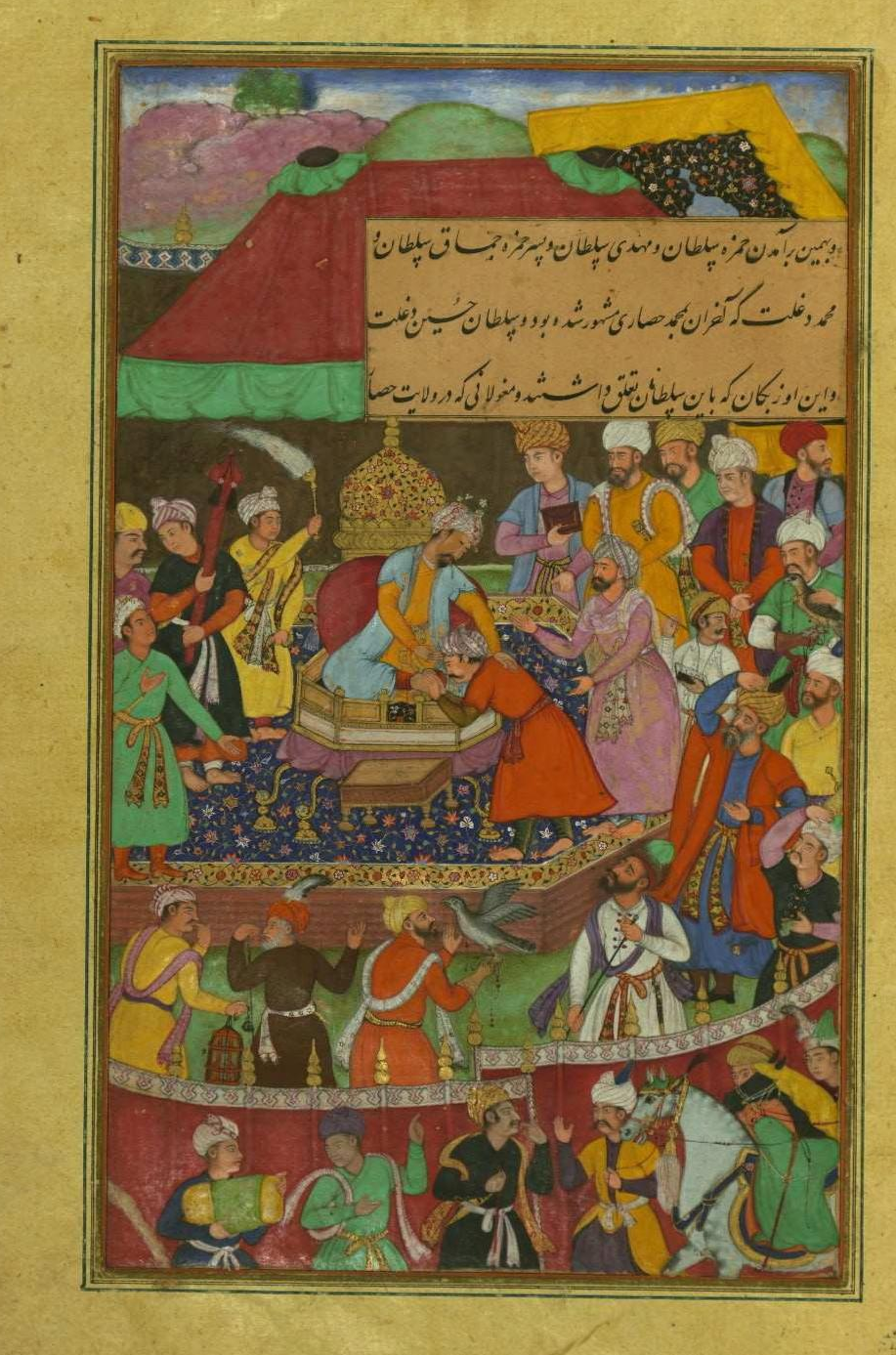 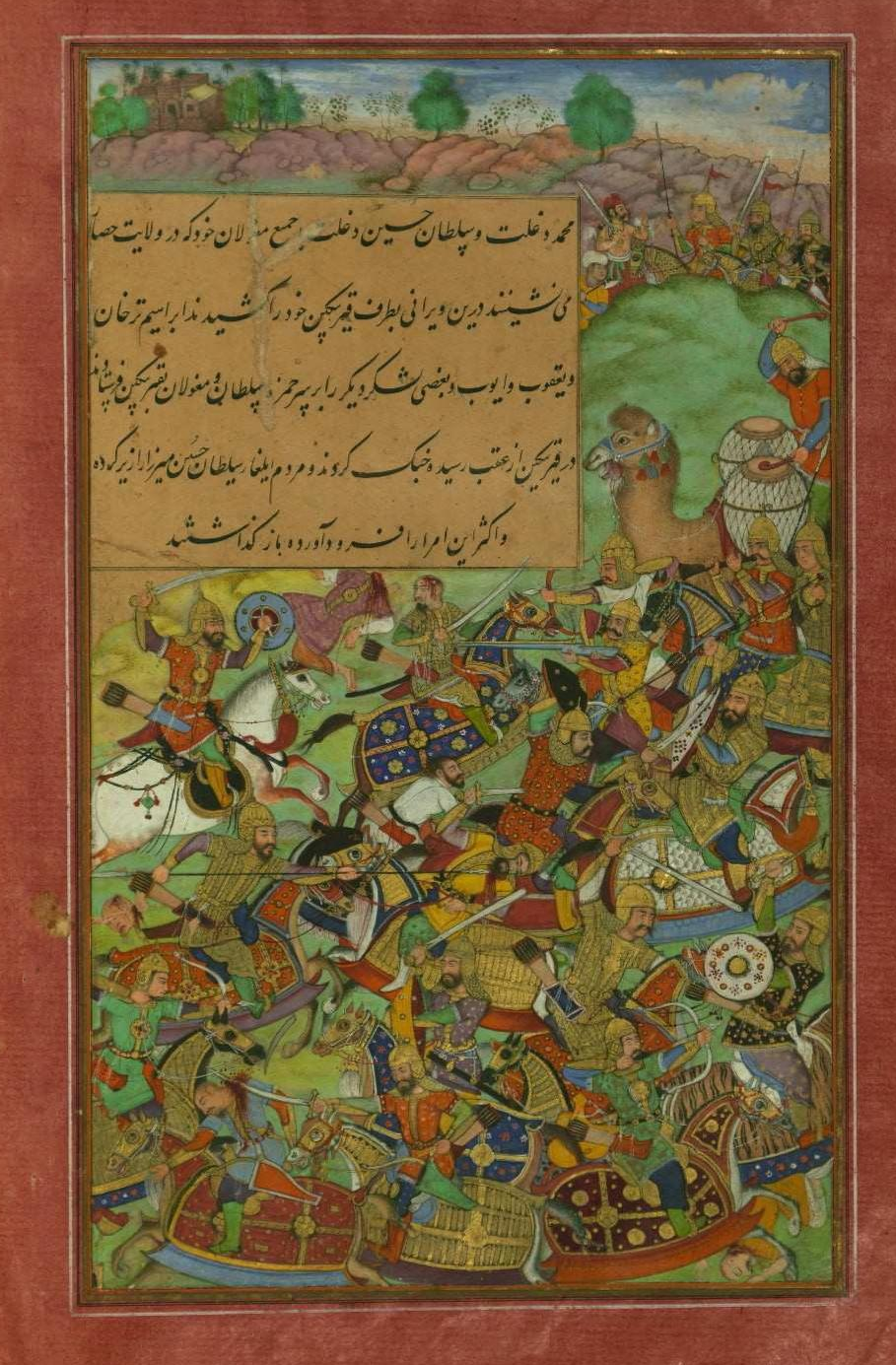 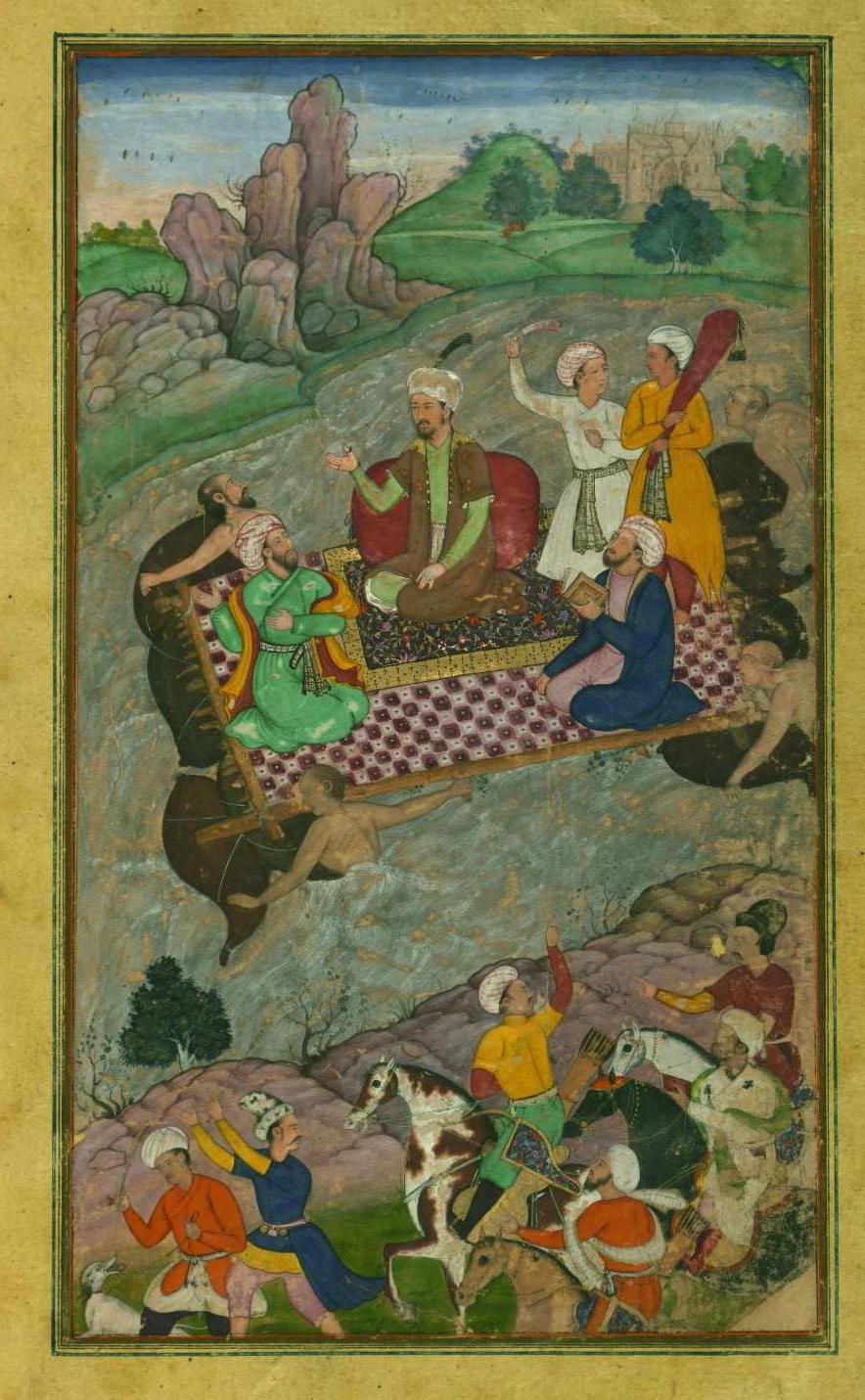 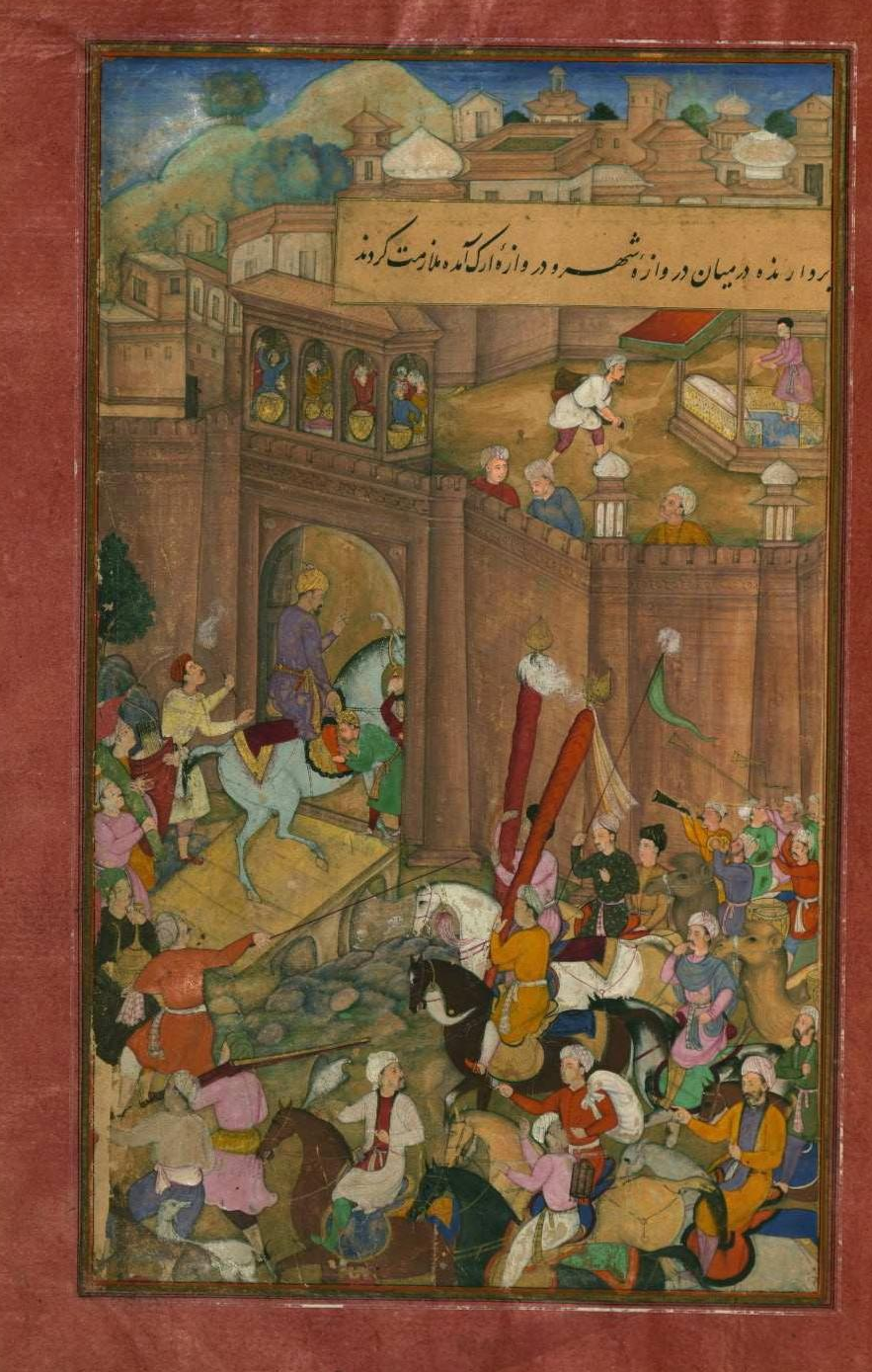 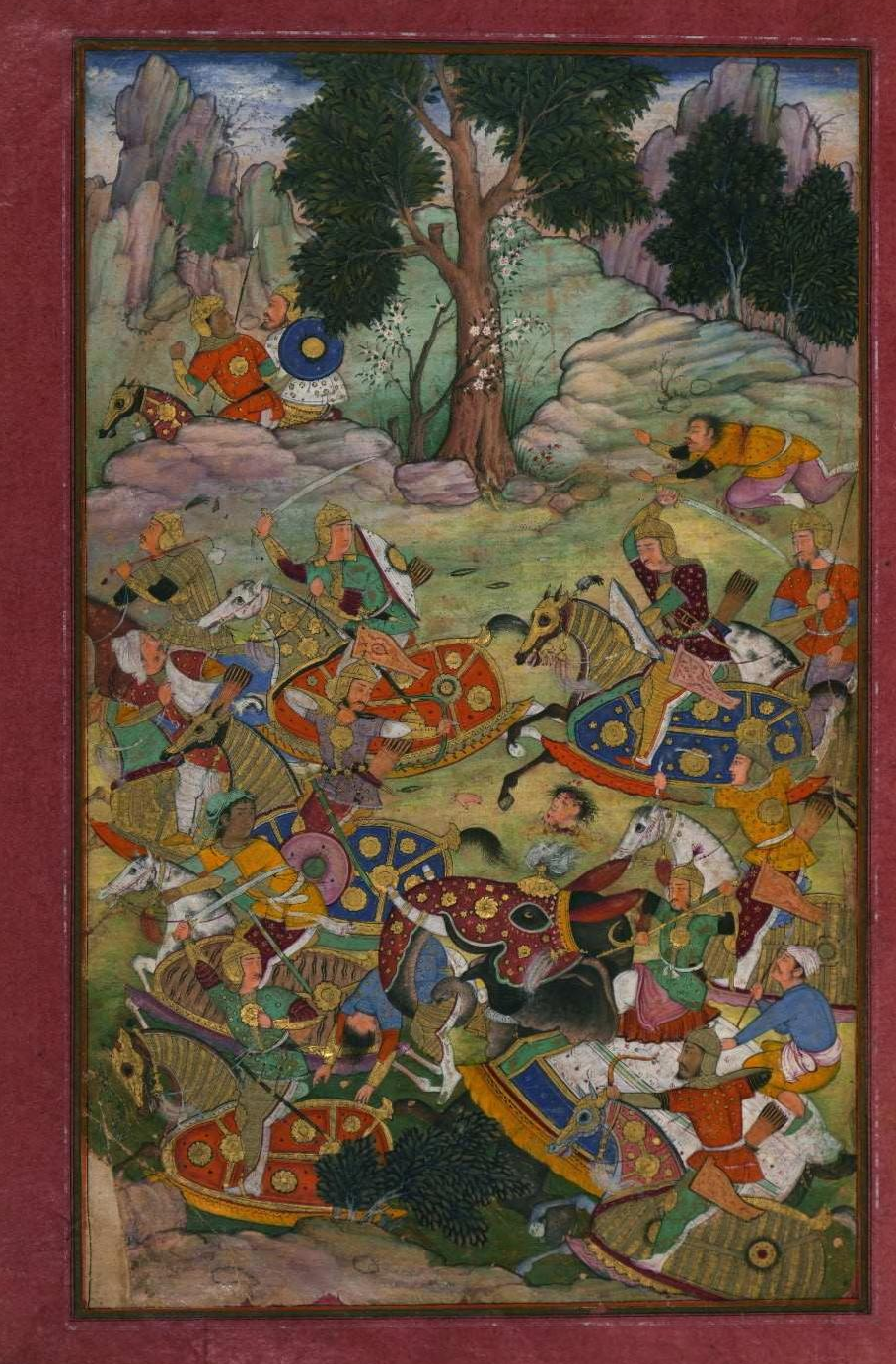 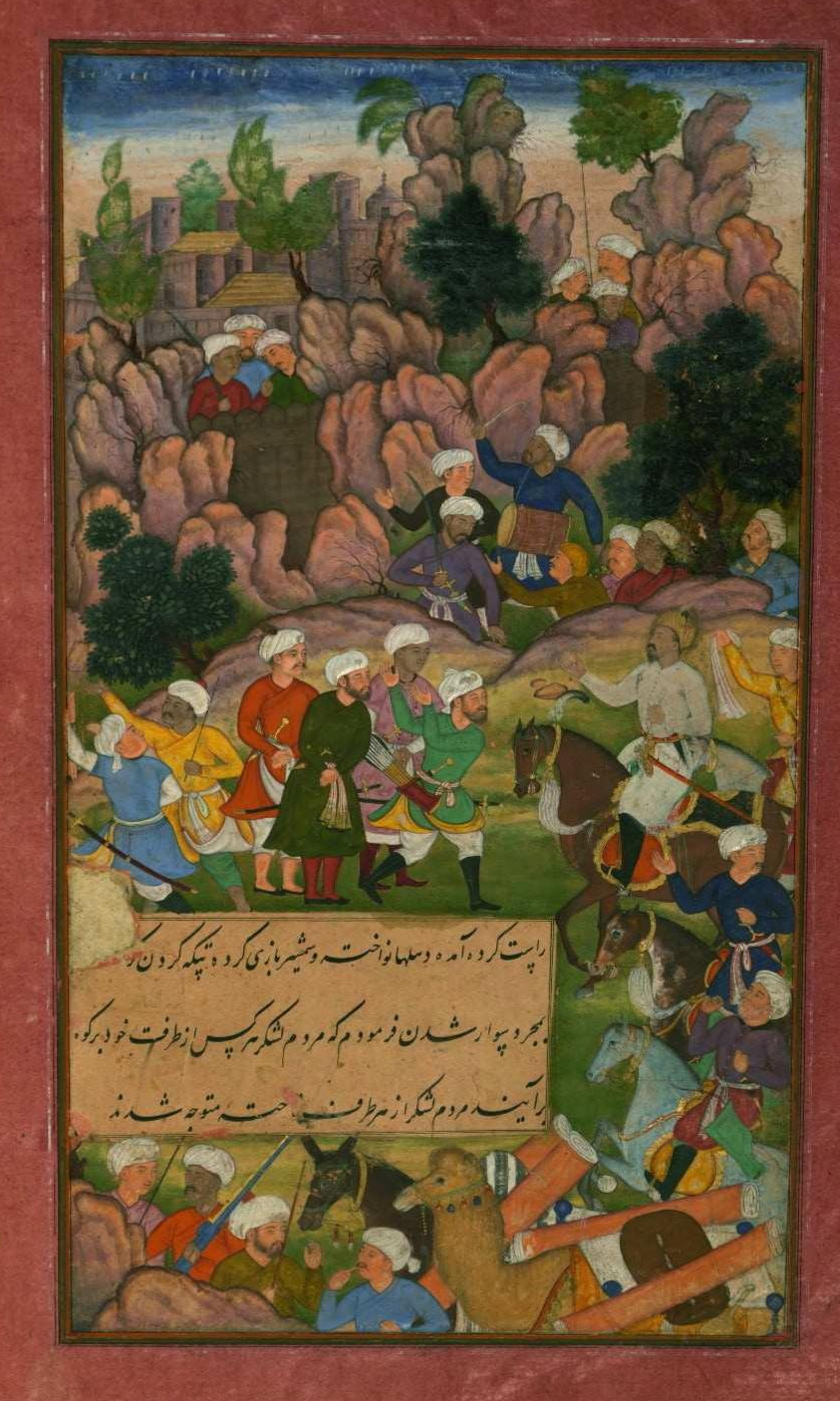 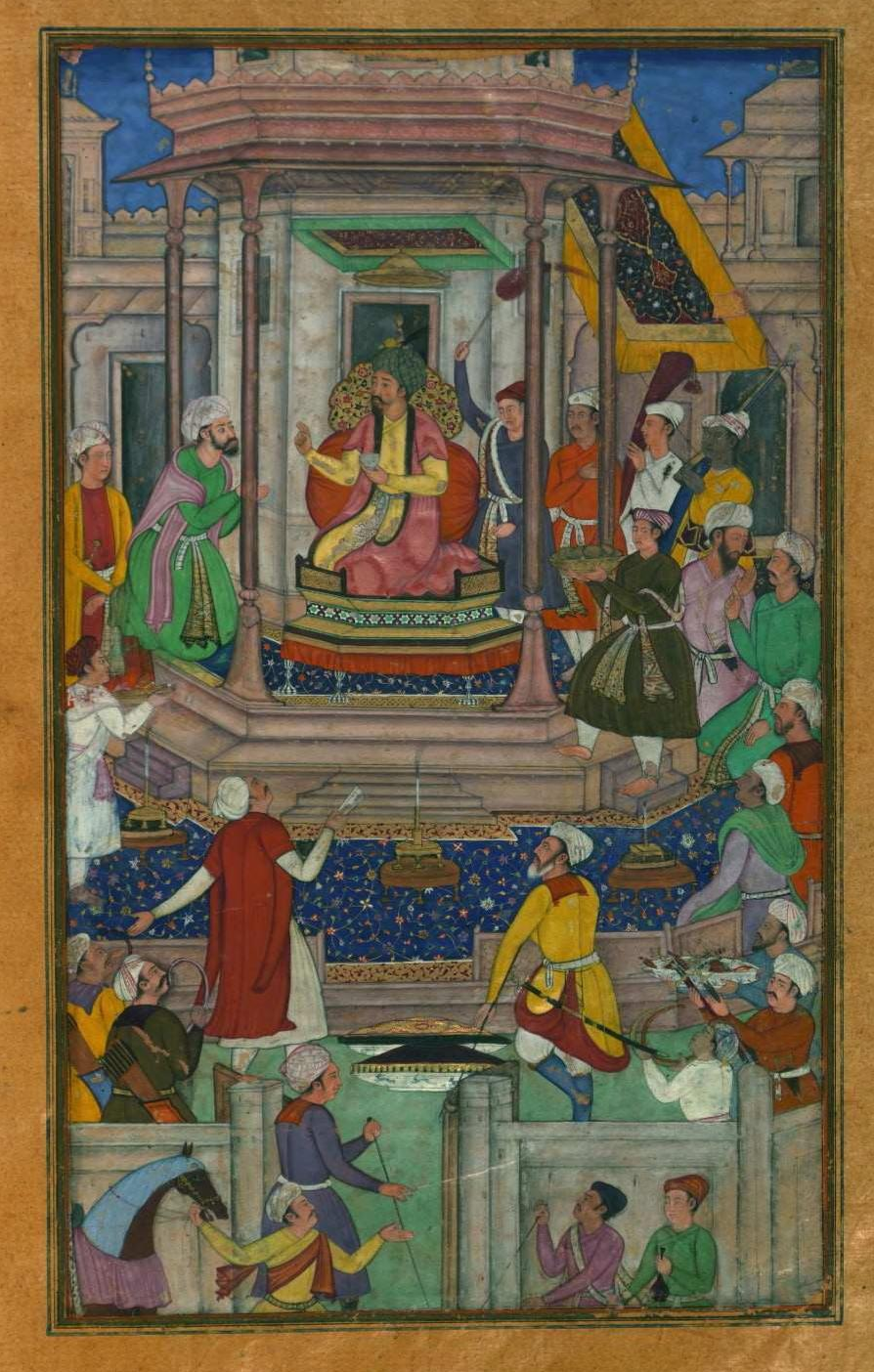 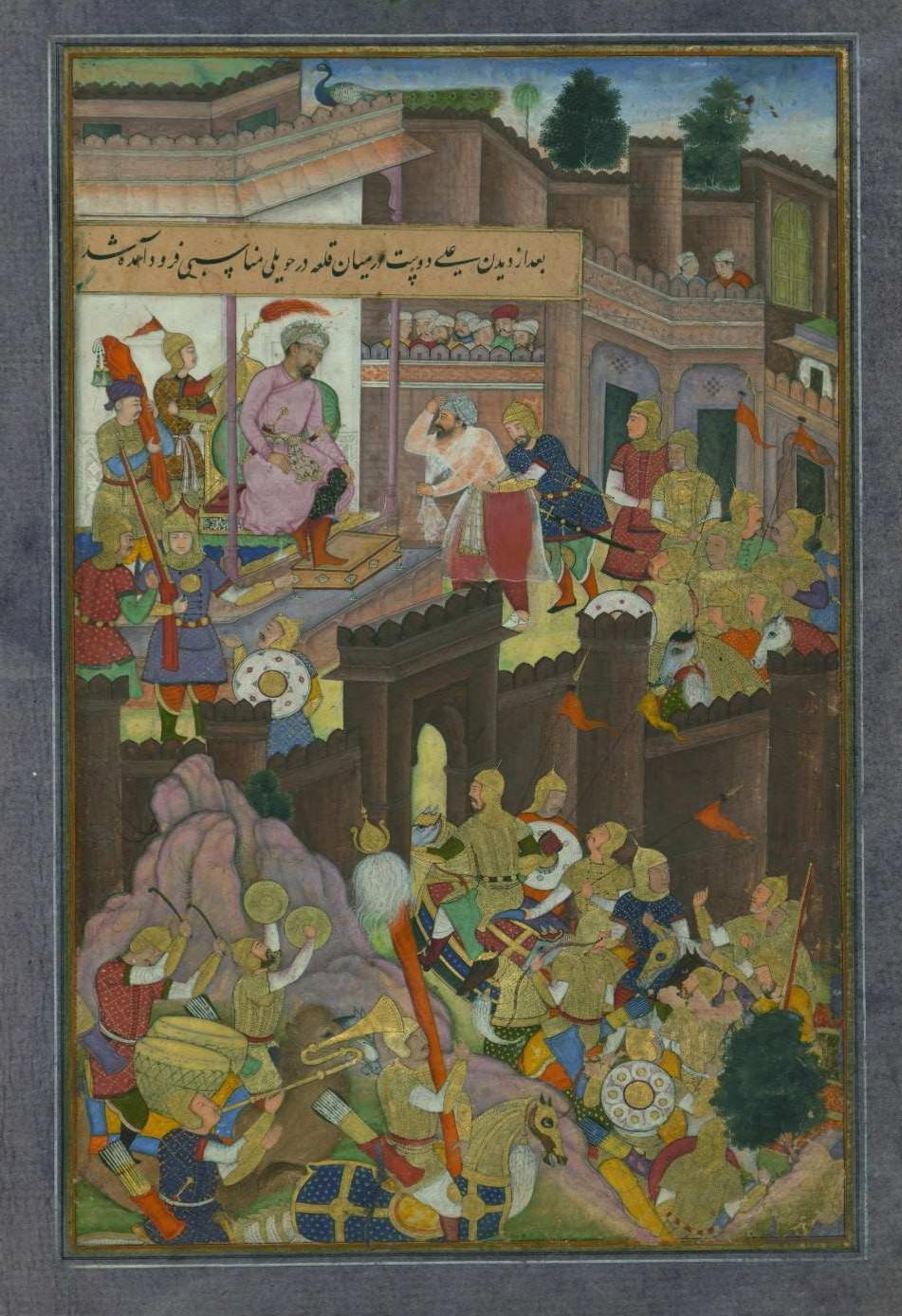 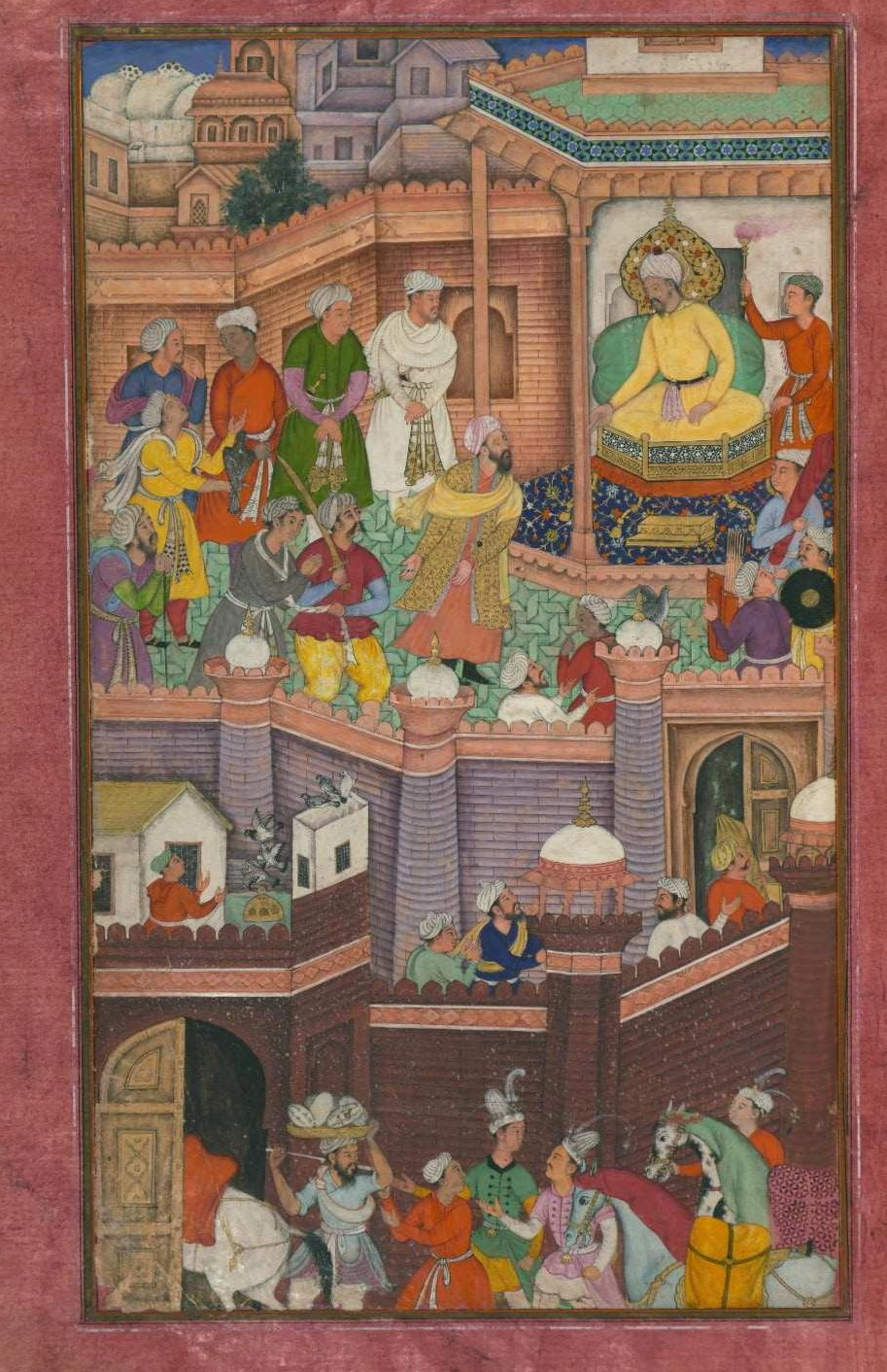 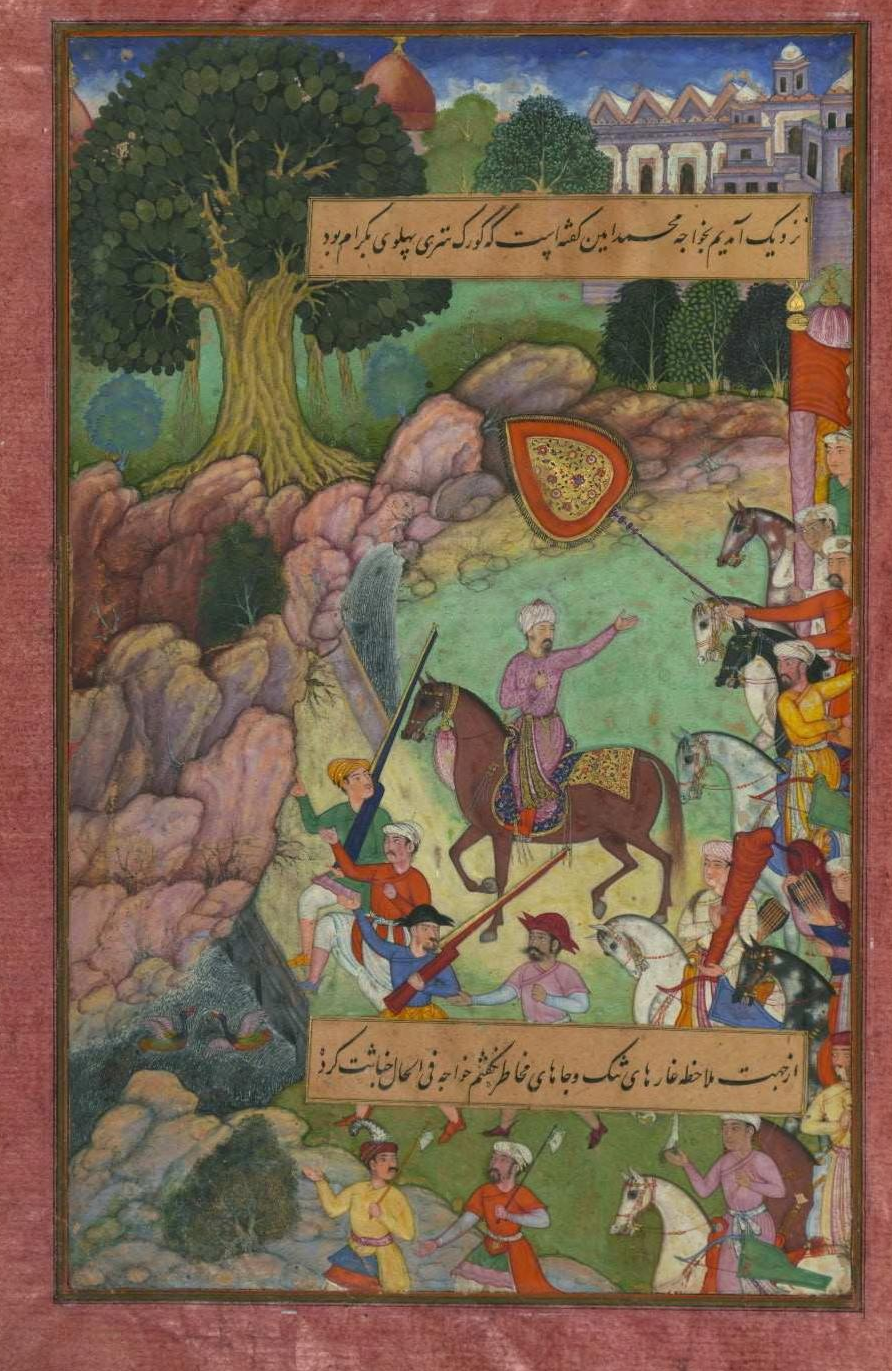