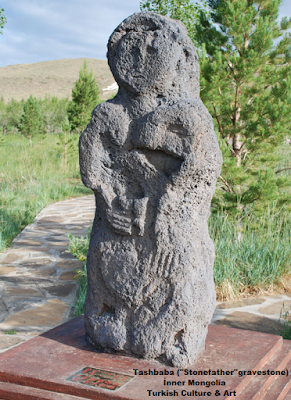 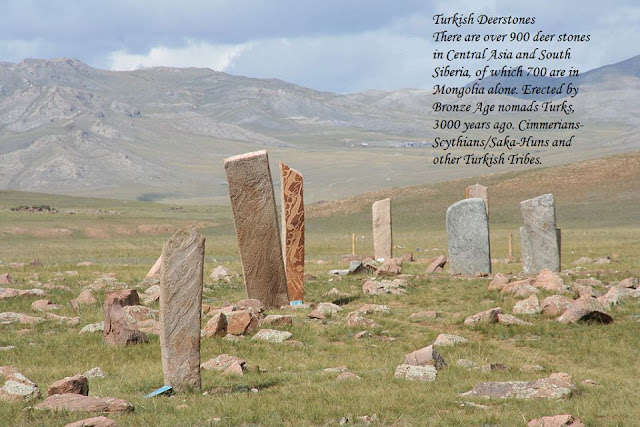 There are over 900 deer stones in Central Asia and South Siberia, of which 700 are in Mongolia alone. Erected by Bronze Age nomads Turks, 3000 years ago. Cimmerians-Scythians/Saka-Huns and other Turkish Tribes.

In the 2nd millennium B.C, during the bronze age, western Mongolia was under the influence of the Karasuk Turkish Culture. Deer stones and the omnipresent kheregsüürs (small kurgans) probably are from this era; other theories date the deer stones as 7th or 8th centuries BC.

Deer stones are usually constructed from granite or greenstone, depending on which is the most abundant in the surrounding area. Reindeer feature prominently in nearly all of the deer stones. Early stones have very simple images of reindeer, and as time progresses, the designs increase in detail.

A gap of 500 years results in the appearance of the complicated flying reindeer depiction. Reindeer are depicted as flying through the air, rather than merely running on land. Sometimes the reindeer hold a sun disc or other sun-related image in their antlers, representing God. (Tengri)

Tattoos on buried warriors contain deer tattoos, featuring antlers embellished with small birds' heads. This reindeer-sun-bird imagery perhaps symbolizes the shaman's spiritual transformation from the earth to the sky: the passage from earthly life to heavenly life. As these deer images also appear in warrior tattoos, it is possible that reindeer were believed to offer protection from dangerous forces. Deer spirit served as a guide to assist the warrior soul to heaven. And it can also be a noblewoman or a Kam woman (shaman), they were often reprensented by a reindeer. (Mothergoddess)

Besides deer and sun, shield, horse, knife, moon and mirror is also engraved on these stones. 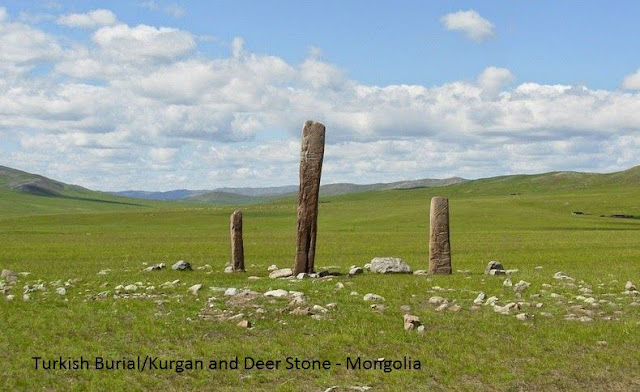 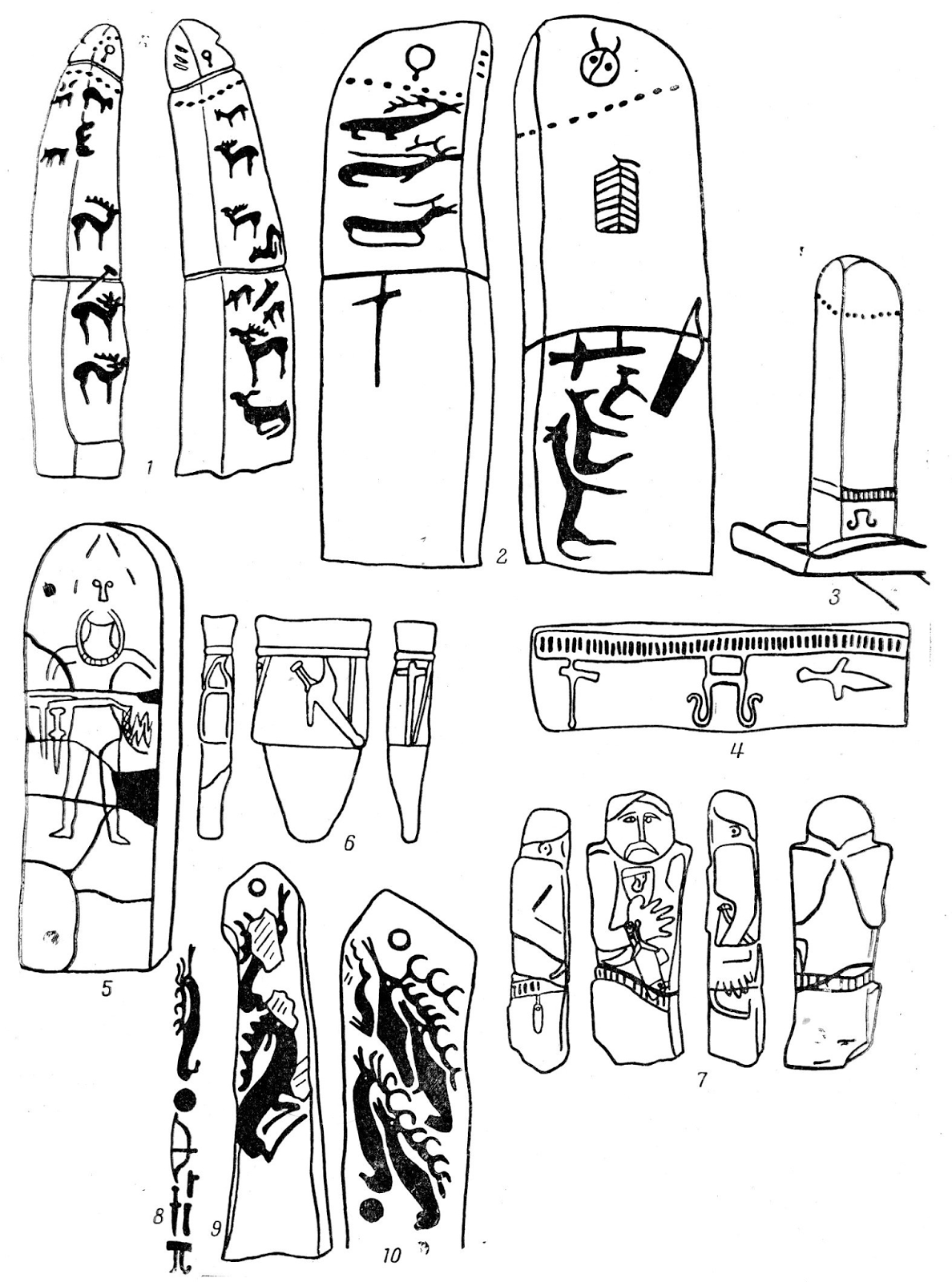 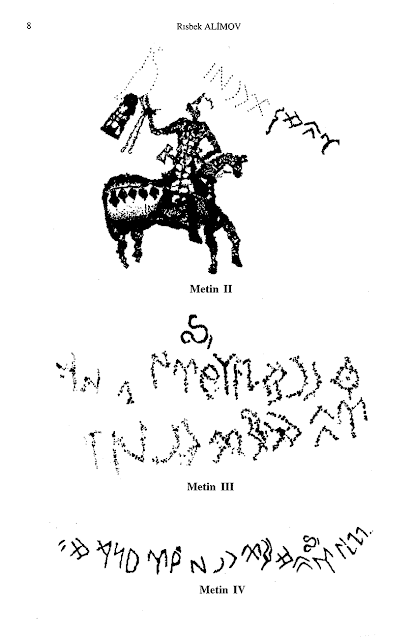 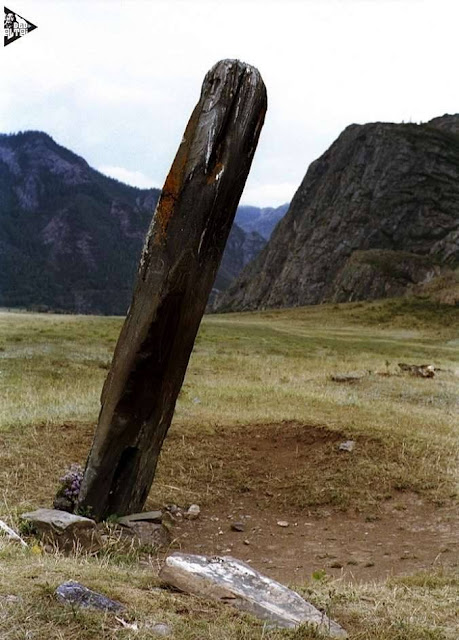 Kalbakh Tash (Taş=Stone in Turkish)
Deer stone in the form of a Balbal
Turkish Culture
Mongolians don't have Balbal or Tashbaba culture
Balbal = the enemy; doesn't matter which ethnicity; to serve the leader in the other world; there are many balbals.
Tashbaba = (Taşbaba) Stone Father - Stone Statue; the leader with an oath cup in his hand. 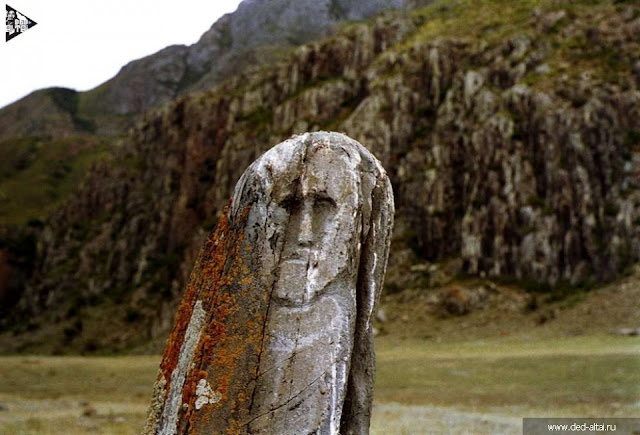 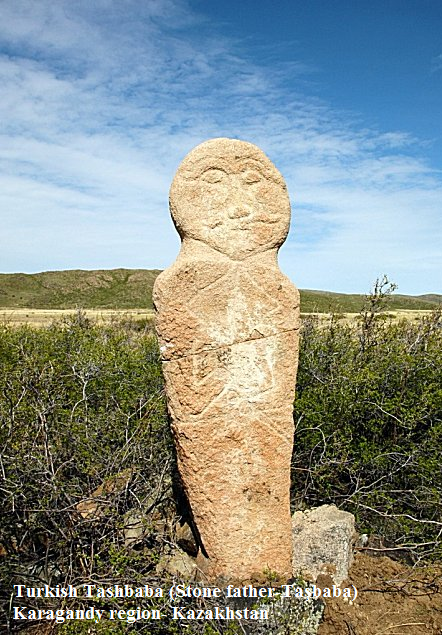 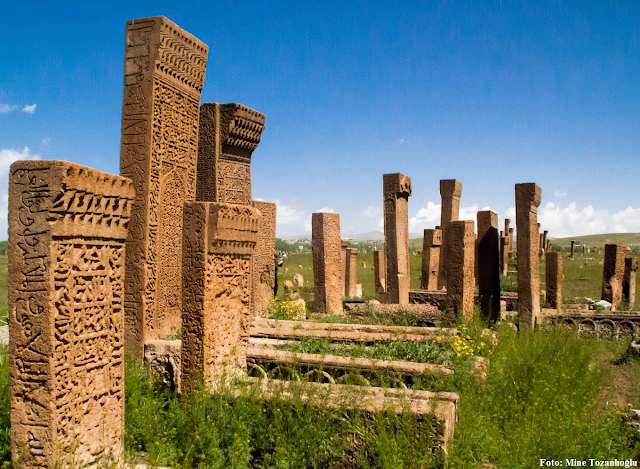 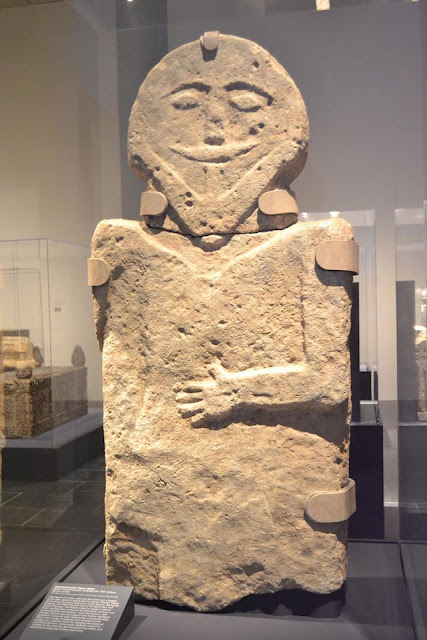 PS:
I do not use the word "Turkic", because that means "like" "similar".... "relating to, or denoting a large group of closely related Altaic languages of western and central Asia, including Turkish, Azerbaijani, Kazakh, Kyrgyz, Uighur, Uzbek, and Tatar."... But all of these "nations" are Turkish , Turks.
So, I prefer "Turkish", and by that, I mean "Every Turkish Tribe". - SB