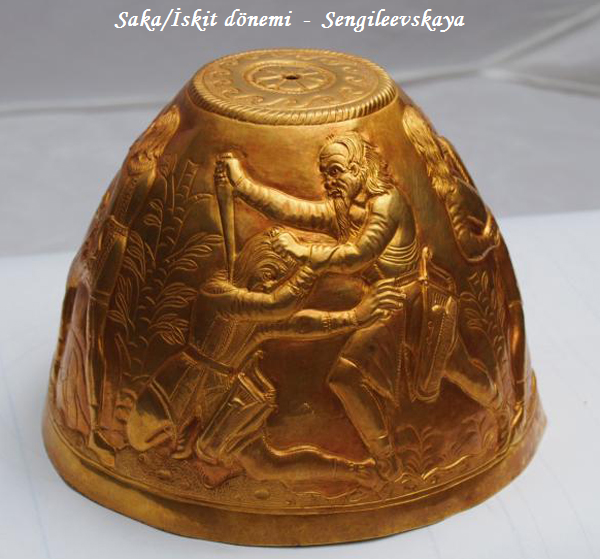 Photo:
Anacharsis (6th c BC) , who secretly prayed Greek gods, and was ashamed of his homeland,
was killed by the Scythian/Saka king, his brother, in order of the tribe law.
Found in Kurgan "Sengileevskaya 2" -Stravropol

* "All Turkish peoples, Uighurs, Kök-Turks, Ottoman Turks belong to that central Group of Eurasian humanity, which we are calling Scythian" - Prof.Dr.Ida Bobula- Hungary.


* "All these linguistic findings combined with archaeological artifacts allow to confirm that Scythian had Turkic origin and modern Chuvashs are Scytians descendants." - The Legacy of Scythians by Valentyn Stetsiuk-Ukraine


* "Oghuz who lived in the Altai shaped the Chuvash language. In 1000 BC these tribes were divided." Prof. Yegorov Nikolay Ivanovich


According to Herodotus, the Persians call all Scythians Sacae.
Later as; Scyth, Skyt - Skif and from them translated to Turkish as İskit.
Assyrian called them Ashguzai -, which is; Skuz - Guz - Oghuz 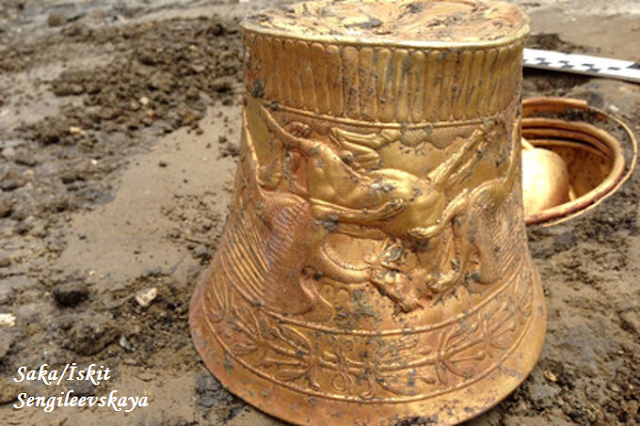 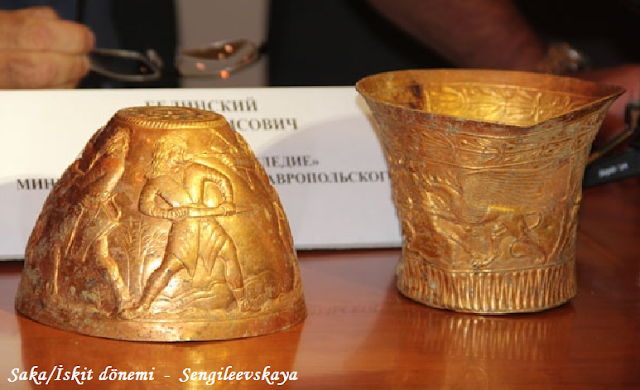 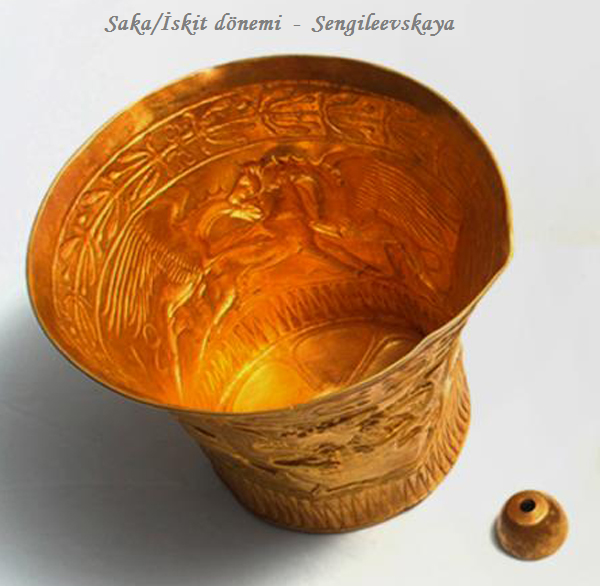 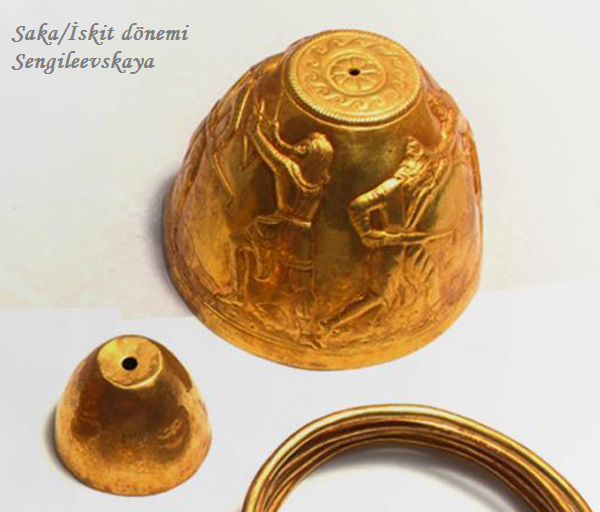 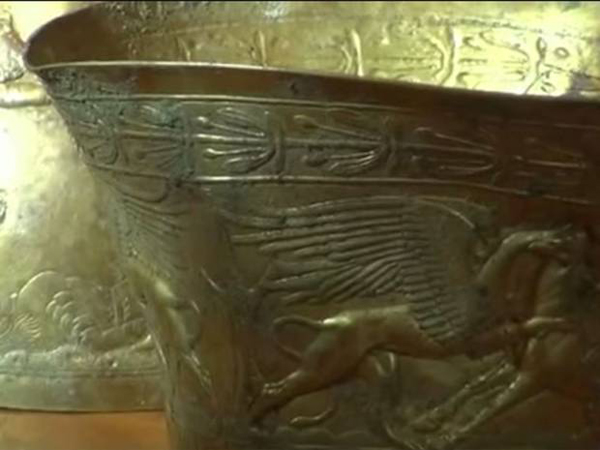 Kurgan "Sengileevskaya 2" attracted the attention of local arheologoa Andrei Belinsky in the summer of 2013, when he began construction around power lines.

The ancient Greeks and Persians for thousands of years, afraid of the raids of the Scythians, the inhabitants of the vast Eurasian steppe that stretched from present Mongolia to the Black Sea in to Europe.

The graves of Scythians ancestors Scythians called mounds that resembled hills and located in the steppe.

In the summer of 2013 in the Stavropol region, archaeologists led by Andrei Belinsky began excavating the mound Sengilevskoe-2 (Sengileevskoe-2), where they found a rectangular burial chamber built broad, flat stones. Inside the burial chamber visited looters, who, fortunately, missed the golden treasures stationed there 2,400 years ago.

Archaeologists did not expect that they are so lucky, and they will find in Scythian burial mounds of gold jewelry with a total weight of 3.2 kg. Found two gold Scythian vessel in the form of a bucket that had been flipped, inverted bucket inside each had three golden cup, well-preserved two gold neck hryvnia in the form of rings, a heavy gold ring and a gold bracelet.

Inside the golden vessels, archaeologists discovered black dried sediment, presumably burned in the vessel. The head of the archaeological expedition Belinsky asked criminologists in the neighboring Stavropol conduct chemical analysis of substances found in the vessel. Results of laboratory tests showed that the remains of opium and cannabis, which was used in their religious rituals Scythian priests. Found Scythian burial mound Sengilevskoe-2 confirmed the testimony of Herodotus that the Scythians used a pair of opium, with its broth, and smoke cannabis during combustion.

For archaeologists it is of great interest the scene depicted on the Scythian vessels. Having carefully considered amazingly realistic image on gold, you can see the detail features of Scythian clothing, shoes, hairstyles and weaponry Scythian warriors. Belinsky admits that until now had never seen such a detailed picture of clothes and weapons of the Scythians, which can be considered as it was sewn clothes.

Another vessel with a hole at the bottom was covered with images of mythological creatures - the griffins, very realistic battering horse and deer. Scenes of hunting is very typical for the Scythian animal style.

Excavations at the mound resulted in the fall of 2014. Archaeologists could not find other valuable objects they have found a network of trenches around the mound. Most likely, he was just one element of a large ceremonial complex. 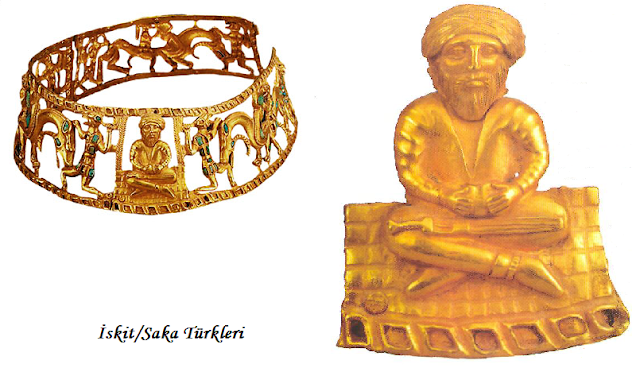