The Turks tamed the horse and invented the pants


"The only people you would see wearing pants were the ‘barbarians*,’
and pants didn't get invented until men tamed the HORSE..."
*barbarians= people who do not speak greek, nomads.... 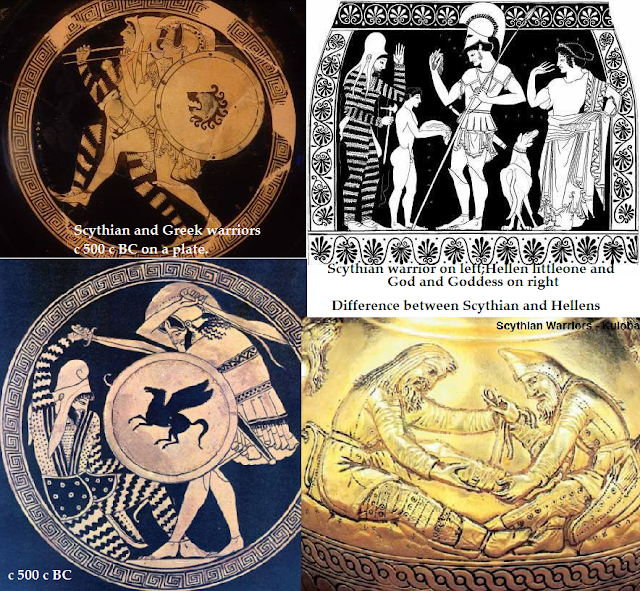 * Sometimes these pantalons were made of the skins of animals ; at others of rich and fine tissues embroidered or painted in sprigs, spots, stripes, cheques, zig-zags, lozenges, or other ornaments.


*Sometimes they fit tight, at others they hang loose and fall in large wrinkles over the shoes.


* The Classical Greek did not even have a word for ‘trousers’.

"Pants were invented by the Turks". /link
Fatma Ayan
Lecturer, Faculty of Art and Design,
Department of Fashion Design

2500 years old pants, and the Turkish tamga on these pants.: link

W.Koppers says about the domestication of horse:"the domestication of horse and shepherd culture is connected with the Turks, the success achieved in the history of mankind and had led to excellent results in the development of people and other cultures. As evidenced historical linkages, the conditions for large state basis, only by this tamed horses."

W.Schmidt says: "Horse was tamed by the Turks. The Turks are the first people who ride them". 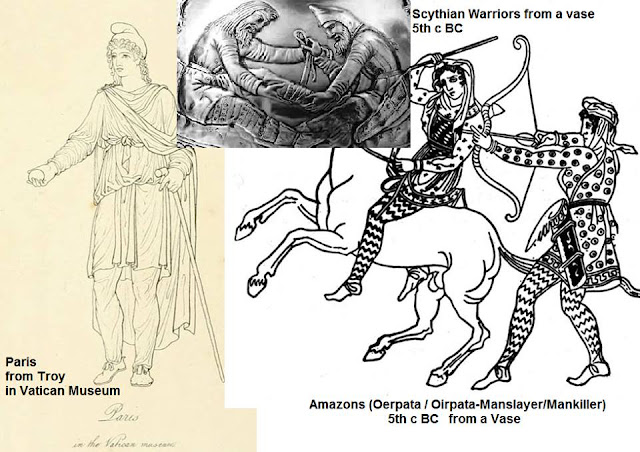 Chinese chroniclers noted very specifically the nomadic dress, with bashlyk bonnet hat and left-lapel caftan and leather boots and waist belt. No ethnographic description of Brahmins, Iranians, Indians, etc. ever noted bashlyk hats etc., but to these days they are the national dress in Kazakhstan, Bashkiria, and everywhere else where we have ethnographic evidence on the Türkic people or depictions on the Türkic and Scythian balbals. The bashlyks of the modern Russian generals ascend to the Cossack bashlyks that is an inheritance of their Türkic past. The symbology of the nomadic belts is paramount throughout millennia, from the Scythian monuments to the present pastoral Türkic and Mongolic population, although in modern times belt as a tool shack is replaced by automobile trunks. As far as the Indo-Iranians are concerned, on the ancient pictures experts discriminate them from the Türkic people precisely by their distinctly different attire, the depictions of the Scythian and Türkic traditional dress vs. Indo-Iranian are vividly incompatible. Notably, the Türkic attire, together with its terminology, became a typical dress for the Slavic peoples to such a degree that it is rated as inherently Slavic, which in this one ethnological aspect makes Slavs incompatible with the Indo-Arians.

From the first historical records, a sequence of nomadic warriors served as mercenaries under the general names of Scythians, Huns, and Türks. No small or great empire in Eurasia escaped paying tribute to the mounted nomads and enlisting them as mercenaries. The Alexander sarcophagus of the 4th c. BC depicts Greeks fighting Persians, and all “Persians” uniformly wear Scythian (or Kazakh, or Bashkir) bonnet hats and riding boots, the Persians proper are nowhere to be found there; the sarcophagus also depicts a Parthian shot two centuries before the Parthians entered the pages of history. Until the Modern Times, no army of sedentary agricultural states could resist the cavalry armies, and no empire could master a cavalry force compatible with the Scythian, Hunnic, or Türkic armies, or compete with their military aptitude, and that includes the states of Indo-Iranians, Indians, Persians, and the forces of the Brahmans. The continuity of methods, organization, strategic and tactical maneuvers, arms, training, dress, military aptitude, and trustworthiness of the Scythian, Hunnic, and Türkic mercenaries makes them uniquely distinct across time and Eurasian space. There is nothing compatible on the Indo-Iranians serving as eternal mercenaries in the states across Eurasia. 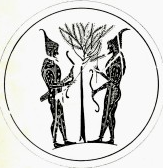 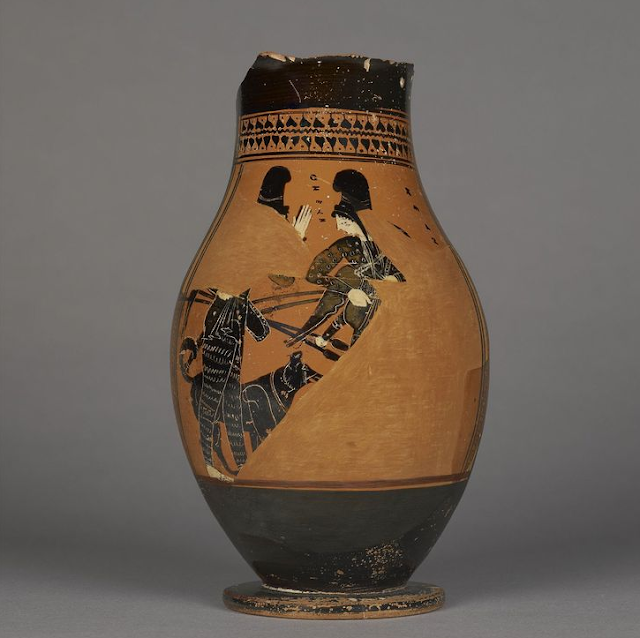 The first Horsemen of the World
(proto-Turkic Botai people R1b: 4th-6th millenium BC)

Pathological characteristics indicate that some Botai horses were bridled and perhaps ridden, and archaeological remains of processed milk indicate that mares were milked *(Outram et al., 2009)*.

"Moreover, overwhelming linguistic evidence, among which most important is the spread of exclusively Turkic loanword related to horse terminology in all languages of Eastern Europe, both Indo-European and Uralic, shows that horse domestication is a fundamental Turkic innovation. It is no accident that the Botai culture is a Khazak culture, belonging to the Turkic-speaking area, and not to the IE-, or Uralic-speaking one! Myths and dogmas are hard to die! (M.A.)"
*source: PCP SCIENTIFIC NEWS: Edited by Mario Alinei, Xaverio Ballester, Francesco Benozzo. 07/12/2009.*/link


"The horse played a key role in the life of nomads. Ever since its domestication nomads have eaten horse meat and drunk mare’s milk – kumyz. Archeological and scientific research have proved that nomads were drinking mare’s milk as early as 7000 years ago, as Kazakhs do even nowadays. So we can say that kumyz has a history going back to the V or VI millennium BC. The English scholar Alan K. Outram from the University of Exeter found traces of mare’s milk on clay vessels belonging to the Botai culture. Dr. Outram said, in an interview, that it was not clear from the research if the breeding of the tamed Botai horses had by then already led to the emergence of a genetically distinct new species. Yet their physical attributes were strikingly different, he added, and this made the animal more useful to people as meat, a source of milk, a beast of burden and for travel. Botai pottery yielded a third strand of evidence. Embedded in the clay pots were residues of carcass fat and fatty acids that “very likely” came from mare’s milk. This “confirms that at least some of the mares of Botai were domesticated,” he concluded. Earlier excavations at Botai sites, conducted by Victor Zaibert of Kokshetau University in Kazakhstan, also unearthed piles of horse bones and settlement remains of a people who hunted and herded wild horses for their meat [1].

The recent “Third International Symposium on Bio-molecular Archaeology: Trail of Mare’s Milk Leads to First Tamed Horses” reported on research undertaken by Natalie Stear of the University of Bristol. From residues left on 5,500-year-old Botai potsherds, Stear also identified the hydrogen isotope deuterium, indicating mare’s milk. Since it is impossible to milk a wild mare, these data together with new evidence of harness including bits are a clear indication of early horse domestication and riding at Botai [2, p. 368]. Wietske Prummel, an archeologist from Groningen University is convinced that the taming of horses was different from the domestication of cattle and sheep. Those animals have a gene-pool of closely related animals. “May be because they were, unlike horses, herd animals” suggests Prummel. The oldest proof for the existence of the taming of horses dates back to about 6,000-7,000 years ago. The excavation of a “horse farm” in Kazakhstan, which dated back to about 3500 BC, showed that horses were probably used for milking, too. Bowls were found with residues of lactic-acid, Stear stated, in the De Volkskrant [3, p. 13].


SARBASSOVA, Guldana Aktaevna
Culture Concerned with the Horse as a “Prism” of the Kazakhs’ National Heritage
Journal of Eurasian, 2009/PDF


So, Turks did drink Mare's Milk sinds the beginning of taming and domestication of the Horse. and ... 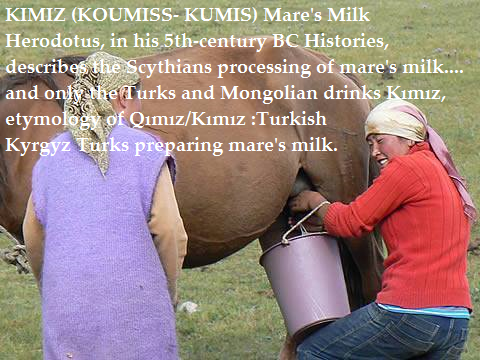 Early History of Butter.
Butter, which is almost indispensable to the meal nowadays, was formerly used solely as an ointment. Herodotus, is tho first writer who mentions butter, 500 years before Christ. The Spartans treated it very much the same as we do cold cream or vaseline, and Plutarch tells how a hostess was sickened at the sight of one of her visitors, a Spartan, who was saturated in butter. The Scythians showed the Romans how to make it. But the latter did not use it for food ; they, like the Spartans, annointed their bodies with it. (May 1893)

This article also say that the; "Mankind seems to have made early discovery of the means of making butter. There is mention of it in the book of Genesis", but, in the 5th c BC Herodotus describe the method of production among the Scythians, and there was no word for it among Hellens.

Mesopotamia were also Turkish people lived - as Subar/Suvar, Turukku people: Sumerian language similar with Turkish: Turkish influence on Akkadian language : and the old Testament (Torah; the word is Turkish of etymology: Töre = custom, morals) was completed in the 5th c BC with Hebrew alphabet, which contains many things from Sumerian, like literature, traditions and culture....So.... 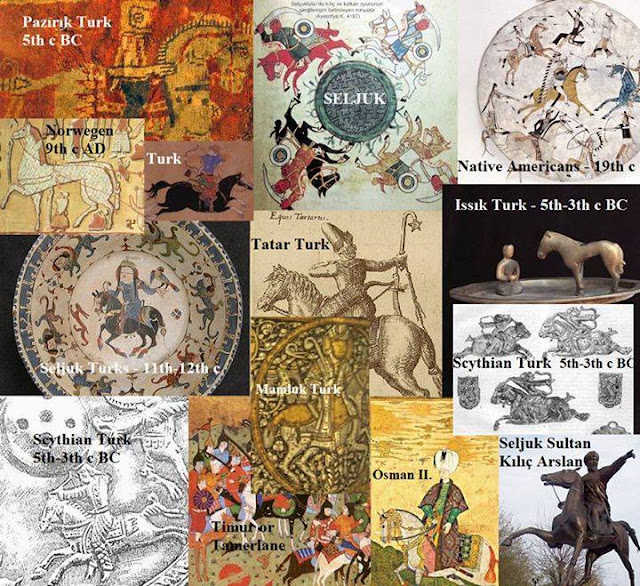 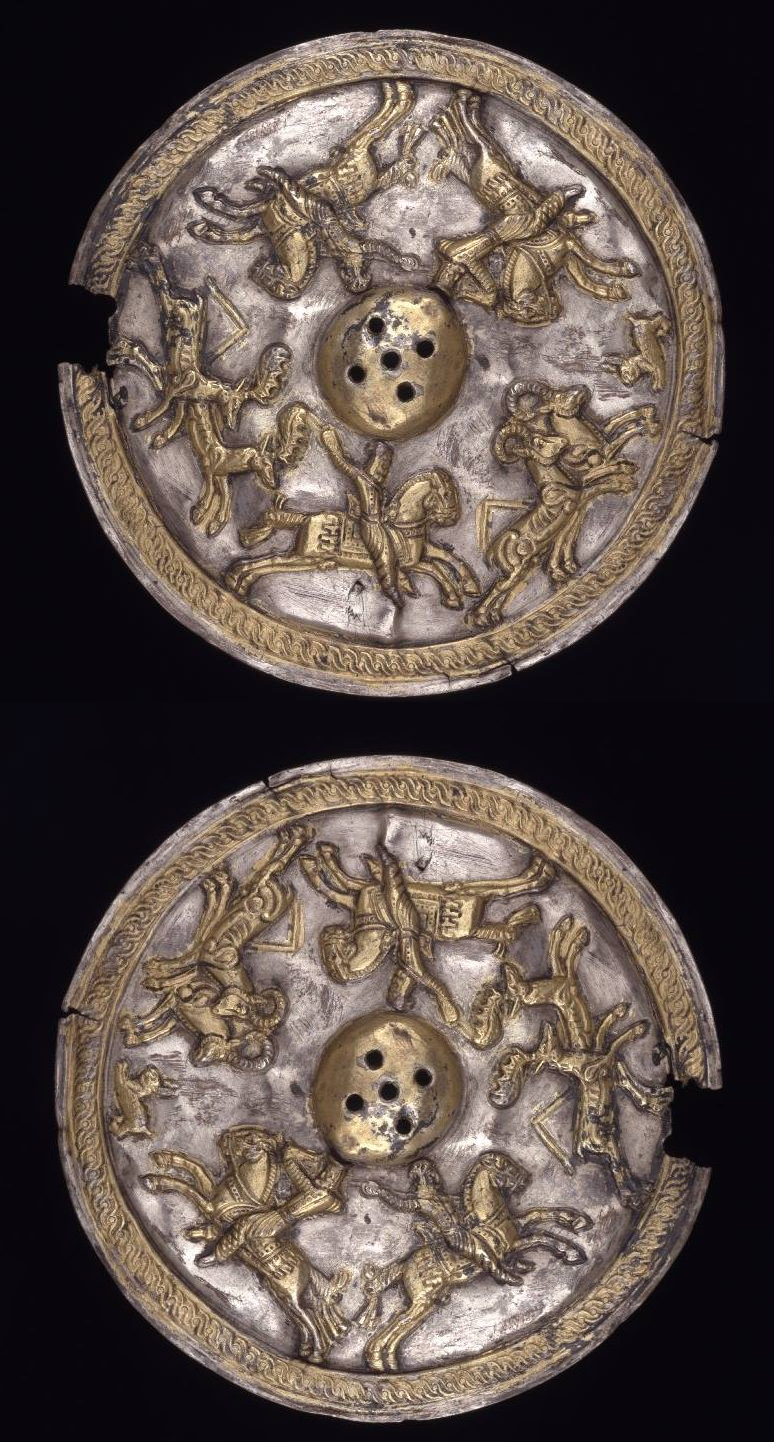 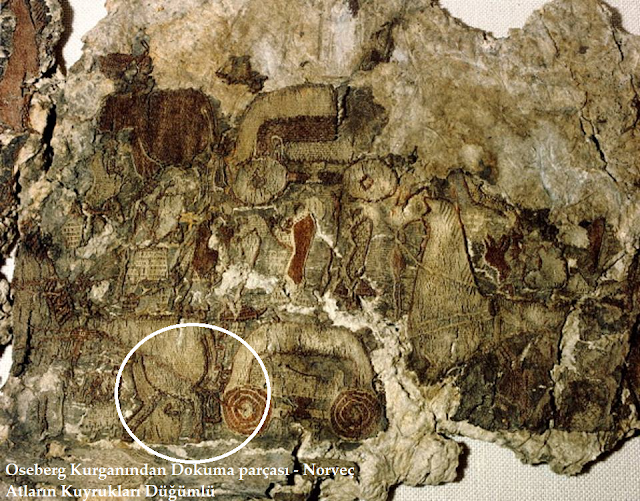