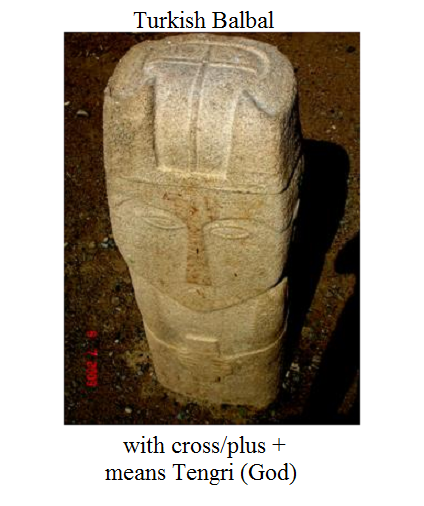 Stone statue - balbal. The subject of special attention is a vertical cross depicted on the top of the headdress. Image of the central part of the Cross (the code is a graphic from the Turkic God Tengri Equal Teng = + = Yeri place is the center of the cosmos and monadic central object) on the top center of the headdress indicates the worship of the One God Tengri. The elongated lower beam cross-Tengri says the continuation of the idea of the monad in the lower beam of the cross.

Headdress, executed in the form of hats, in the relevant part of the creative design, has a specially designed recess attributable to the front of the head sculptures, providing information on the divine role of the individual, is meant by the statue stele (Kazakhs forehead called maңday and that word meant a person's fate) . In Rune Concept Tengri extended part of the lower beam Vertical Cross is a Divine light falling from the celestial light of the sun, which is the second Eye Tengri. This artifact - a direct proof that Heavenly Turks cross was God Tengri Graphic code! 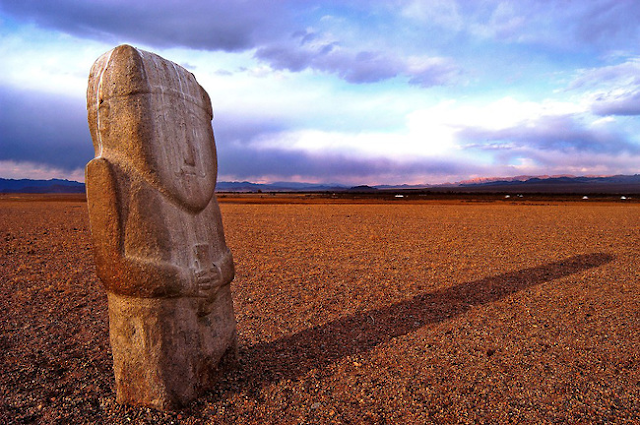 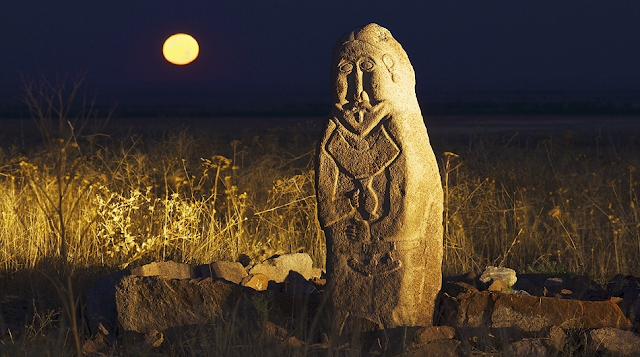