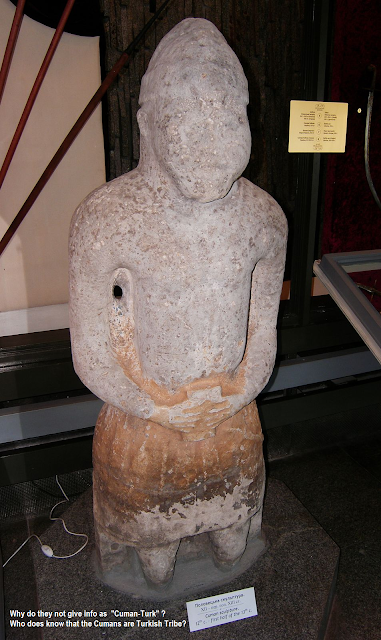 "An anthropomorphic stone statue, 1 to 4 m in height, found in the steppe belt of Europe and Asia from the Dnister River in the west to Mongolia in the east. Those erected in Ukraine were left by Scythian and Sarmatian tribes of the 7th to 4th century BC and by Turkic peoples of the 6th to 13th century, particularly the Cumans. The figures are commonly in standing or sitting positions. In steppe Ukraine most of the baby are female figures that differ from their Asiatic counterparts in their more complex and varied dress. A large number of these monuments have been preserved in museums throughout Ukraine." - (source:Ukraine encyclopedia)


"Cumans (also known as Kipchaks in the East, Kuns or Comani in the West, and Половці; Polovtsi in Ukraine). Turkic nomadic tribes racially related to the Pechenegs. At the turn of the 10th century the Cumans inhabited the southern part of Central Asia as far east as the upper Irtysh River. After forcing out the Torks, the Cumans migrated in the mid-11th century through the Black Sea steppes as far as the lower Danube River. In Eastern sources this territory was known as Dasht-i-Kipchak (the Cuman Steppe), while in Rus’ sources only its western part was called the Land of the Polovtsians. The western Cuman tribes were in constant contact with Kyivan Rus’, Byzantium, Hungary, and Bulgaria.


Primitive stone figures called Stone babas , which are found throughout southern Ukraine, were closely connected with the Cuman religious cult of shamanism. Like other Turkic tribes, the Cumans tolerated all religions; hence, Islam and Christianity spread quickly among them. As a result of their proximity to the Kyivan Rus’ principalities, the Cuman khans and prominent families began to Slavicize their names, for example, Yaroslav Tomzakovych, Hlib Tyriievych, Yurii Konchakovych, and Danylo Kobiakovych.


Ukrainian princely families were often connected by marriage with Cuman khans, and this tended to dampen political conflicts. Sometimes the princes and khans waged joint campaigns; for example, in 1221 they attacked the trading town of Sudak on the Black Sea, which was held by the Seljuk Turks and which interfered with Rus’-Cuman trade.


Mongol forces led by the warlords Subutai and Jebe crossed the Caucasia in pursuit of Muhammad II, the shah of Khorezm, and defeated the Cumans in Subcaucasia in 1220. The Cuman khans Danylo Kobiakovych and Yurii Konchakovych fell in battle, while the others, led by Kotian (Sutoiovych) (Mstyslav Mstyslavych’s father-in-law), obtained aid from the Rus’ princes. The Rus’-Cuman forces were defeated, however, by the Mongols at the Kalka River in 1223. During the second Mongol invasion of Eastern Europe in 1237 the Cumans were defeated again. Most of them surrendered to the Mongols, while the others followed Kotian to Hungary and Bulgaria, where they assimilated into the local population. The Tatars became masters of the steppes of Ukraine. Although the Cumans were crushed, their cultural heritage passed on to the Tatars. The Mongol upper circles, being a minority, adopted from the Cumans much of their language, traits, and customs, and the two peoples finally became assimilated through intermarriage." - (source:Ukraine encyclopedia) 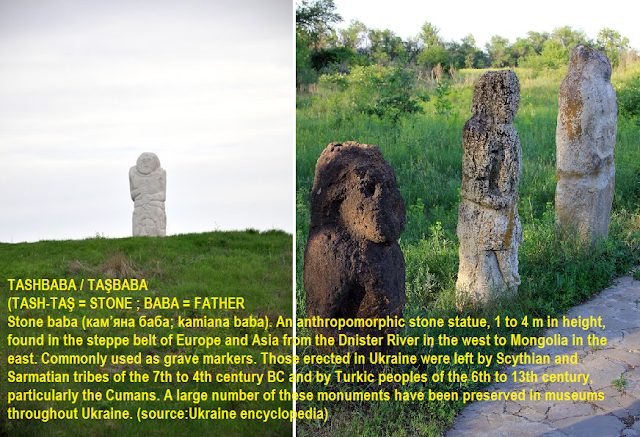 - Why do we see "Tashbaba culture" among Turkish Tribes then, if the Scythians were "iranian language"? ;) Because, socio-cultur continued with Turkish Tribes.

- Why do they not give info as "Cuman-Turk" ? They never use Turk-Turkish

- Who does know that the Cumans are Turkish Tribe? Just those who are interested in history knows it.

- Why do you not call Greegic (Greek), Romanic (Roman) or Frankic (Franks)? Because, Greeks are all little Greek tribes, Romans are all little Roman tribes and yet are not called as Greegic or Romanic. But, Franks are "Germanic people", and it is a "collection of different ethnic groups", so you cannot call "Frankic"....


We do not call Turkish Tribes as "Turkic", that's awkward for people to use who is Turkish. "Turkic" is not a correct concept, because, Turkic means "a collection of ethnic groups". The ethnic here is Turkish, and not some strange ethnic groups together. Thus, more correct word to use is "Turkish Tribe", instead "Turkic". We just say "Cuman Turk" or "Kipchak Turk". 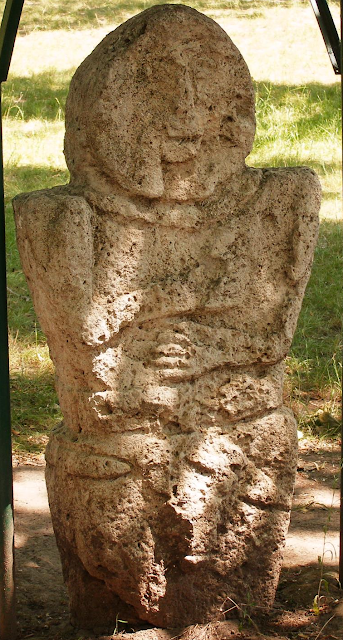 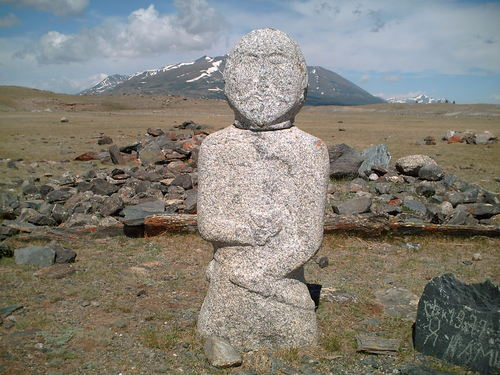 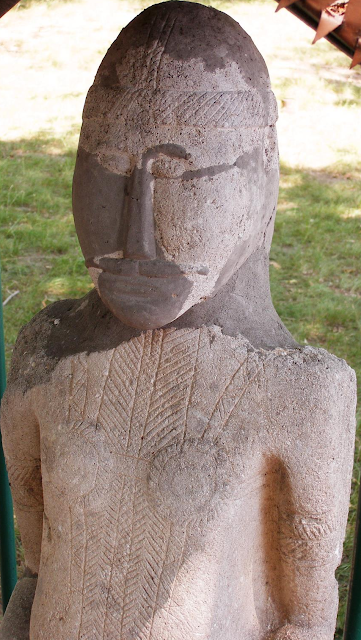 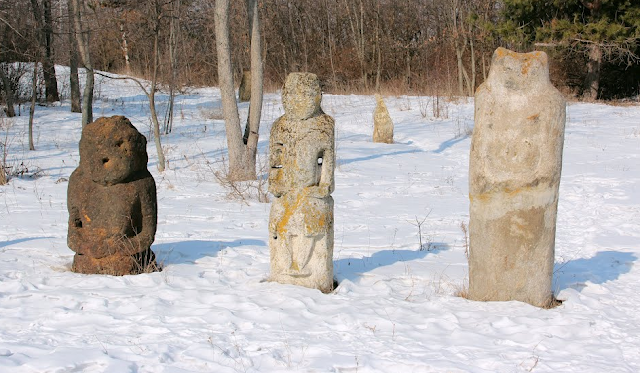 Memorial complex "Scythian Camp" is situated at the highest point of the island Khortytsya (59 m it is the level of the Dnieper), which crowned the largest surviving mounds Khortitsa "Zorov grave." On the mound installed copy of the sculpture of a Scythian warrior. In the beginning of twentieth century on the island of Khortytsya, there were 129 mounds. Of the 28 cemeteries that were part sometime in the Kurgan group "Zorov grave", preserved only 3. In 2005, archaeologists have reconstructed another 8 mounds, including one studied and renewed, restored two on destroyed, and the rest - mounds and layouts sanctuary of Ares. The open-air museum has collected many stone artifacts. 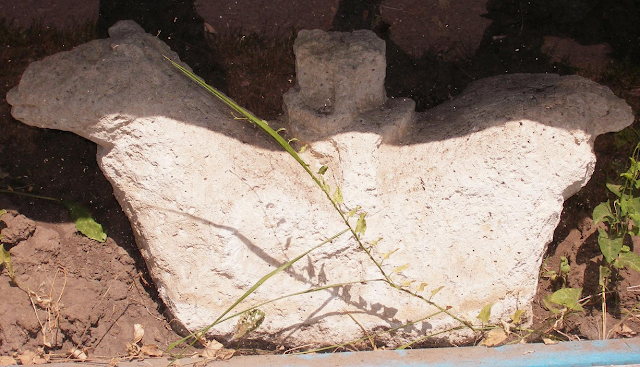 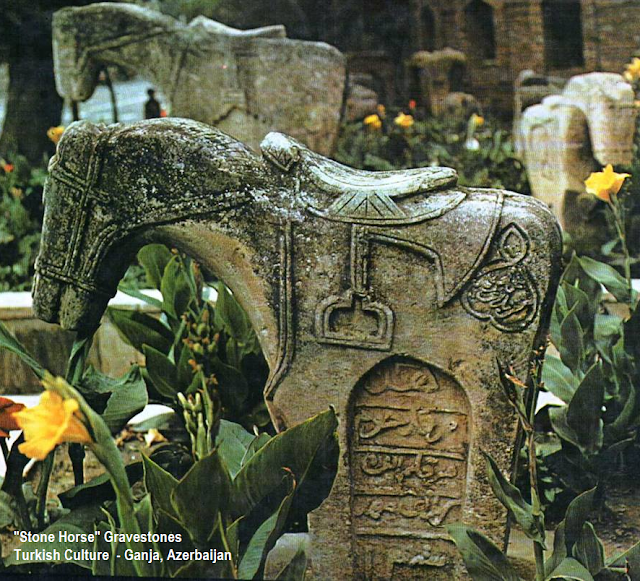