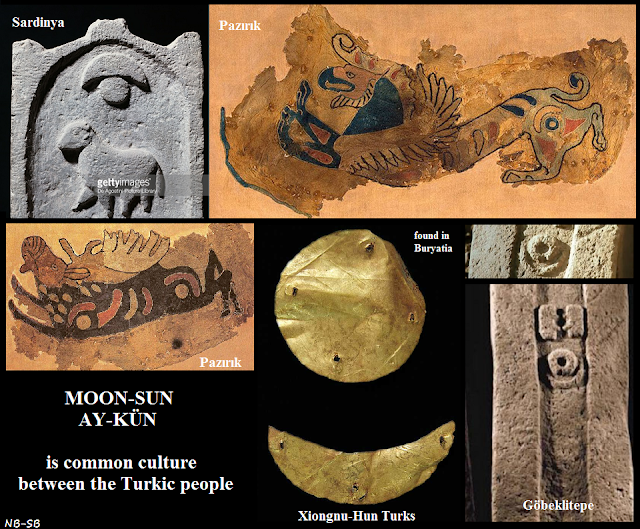 In Old Turkish State system, Kaghan (Ruler, King, Leader) was blessed by the Sun (Kün) and Moon (Ay) God to rule and establish a state.
SB
Moon-Sun (AY-KÜN) is common culture between the Turkic people; in Central Asia, Huns, Mamluk Kipchak Turks, Seljuk Turks. To be seen also in Pazyryk.


In Turkish "AY" (Moon) is equivalent verb to "Yaratmak" (Creating) "Türetmek" (Produce). The Moon, unlike the Sun, changes in form.


Born, Grow Up, Dies for 3 Days, and Reborn. The cycle of the Moon, is "The Other World" and "Rebirth" in the archaic human subconscious, and develop mythology about it. The desire of human being is eternal life, and that brought 'life is not "linear" but "cyclical"'. Nature never dies, he reborn forever, why can human being not reborn?...


Anthropomorphic image in Sakha (Yakut Turks) myth of "AY TENGRI" (Moon God) is "ÜRÜNG AY TOYON"; "WHITE CREATOR GOD". Moon is the ancestor of Great Shamans. Ancestor Shamans, gives us the time of WAR, by looking in the cycle/position of the MOON.


In Turkish cosmology "Crescent" (Hilal in Turkish), likened to a "Bull Horn", and Oghuz (Oğuz Kağan) Kagan is associated with him. 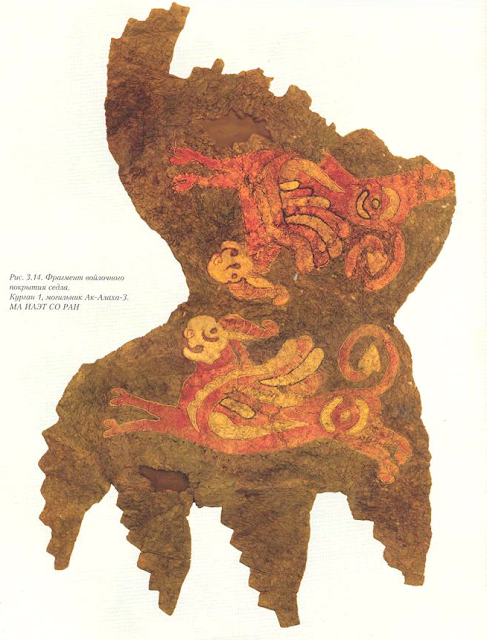 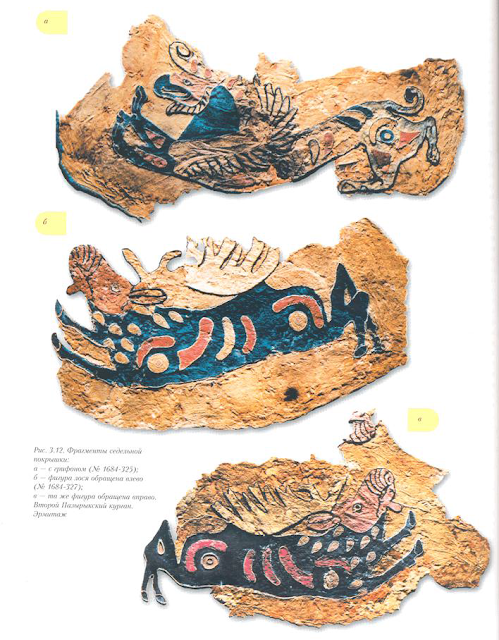 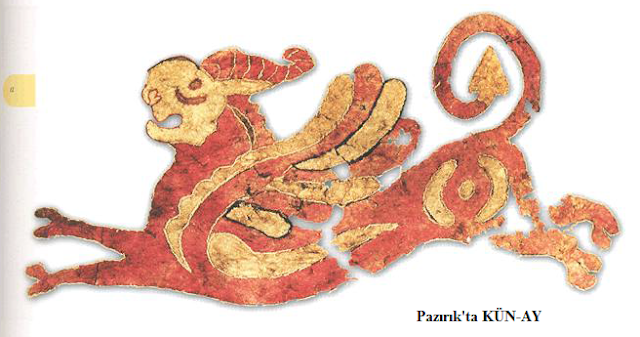 from the book of Emel Esin 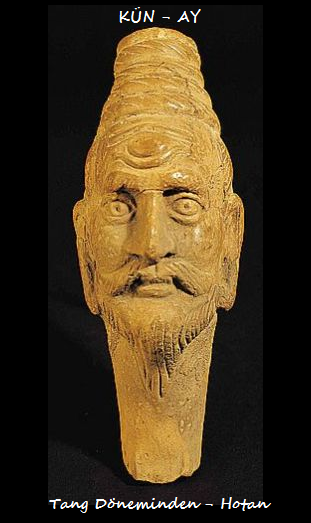