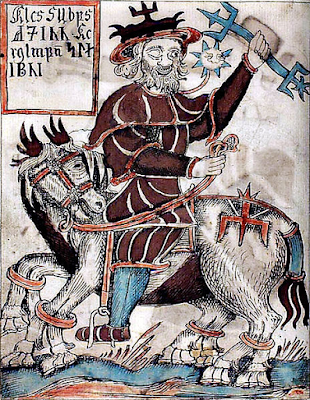 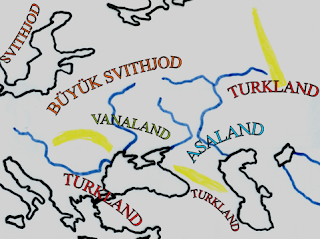 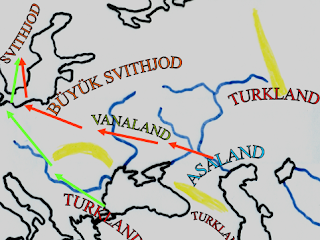 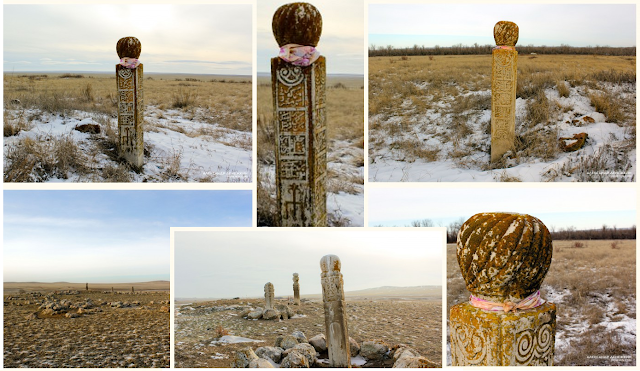 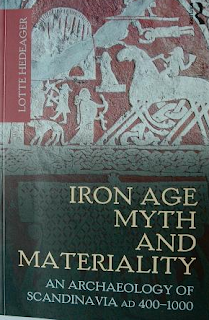 Undermines the foundations of the earliest Scandinavian history: Was St. Olaf one Huner?
September 29th, 2011/ link


SENSATION: Archaeology professor Lotte Hedeager detects - with support from a long forgotten Danish researcher - that totally kings Olav Tryggvason and St. Olaf might have been of hunisk lineage. Here is the professor in front Unraveling Haugen in Jessheim, Scandinavia's largest burial mound, built along the lines of Asian burial mounds from the migration season. Photo: Bjørn Bratten

IDEAS: Huns and other Asian nomads may hundreds of years in the migration period, perhaps up until the Viking Age, have occupied the area that today is the Nordic countries.

It believes archeology professor Lotte Hedeager, head of the Department of Archaeology, Conservation and History at the University of Oslo.

The professor's findings may mean that Norwegian completely kings Saint Olav and Olav Tryggvason was of hunisk lineage.

- It would have been many centuries since the Huns were there. But assuming it is the same royal families as purely biological still, it would not surprise me if it was actually a remnant of something hunisk in this royal family (Yngling. Ed.), Said archeology professor Lotte Hedeager.

Almost the same thought Snorri Sturluson. Down through the centuries, he was rebuffed and ridiculed by the church and the monarchy - and in recent years of large sections of academia - for their accounts of the Turkish commander Odin and his ways with people and languages ​​of northern areas.

ACCORDING SNORRE was Odin and his Turkish ancestors of the Nordic royal families, Yngling in Norway / Sweden and shield kids in Denmark. It was shocking enough for both royal and church power Snorre time. Hedeager detects - almost down to the last detail - with the support of a long forgotten Danish linguist, the Nordic royal families - with absolutely kings Olav Tryggvason and St. Olaf - have been huniske!

Professor Hedeager hunerspor bringeth the whole basis of the earliest Scandinavian history as it has been interpreted over the last hundred years nasjonsbyggings- and nationalization processes.

Hedeager think Snorre has mistaken Odin journey with Attila occupation journey across Europe in the 400s and that Snorri through the myths and legends that arose was inspired to around seven hundred years later to write about the Turkish people's journey to the north.

Attila ruled the once over a vast European realm that stretched from the Caspian Sea to the North Sea and the Baltic states, ie the north to "islands of oceanic" - according to historian Prisco who visited Attila at his court.

- Huns ATTACK must have been an unheard earth-shattering event, of a kind never before seen, and that was a very special experience for the Scandinavians. It is understandable that Attila Norse mythology was confused with the already existing Germanic god Wotan / Odin and that both the Huns and Odin gods were seen as examples of fighters who were loyal to his king, writes Hedeager.

- There was an entirely new and hierarchical social order, and Norse mythology was transformed for centuries to come, says professor Hedeager.

IN ITS HIGHLY controversial new book, "Iron Age Myth and Materiality - An Archeology of Scandinavia AD 400-1000", published by the British / American science publishing house Routledge these days, says Lotte Hedeager that the old Norwegian migration story of Odin and the Aesir - Snorri's account in the prologue to Edda - is a reinvented mythological account of Huns conquest of Scandinavia.

Lotte Hedeager relies inter alia to the long forgotten Danish scientist Niels Lukman as a lecture for his doctorate in German in Leipzig during the war argued that the Huns were in Scandinavia, not just on a short visit, but that they were in power in the area for a long time. Lukman lecture has been little known outside Germany, has never been translated into any Nordic languages ​​and has been academically ignored.

It was the middle during the German occupation and the Danes were in urgent need of some heroes that they could rely on. And there came Niels your heroes proved, the biggest of them, to be Huns, Goths and Heruli, wrote a colleague who was present in hindsight.

- His masterly INTERPRETATION of the Scandinavian history before 800 deserves attention, writes Hedeager.

- THESE COMMON information, which was consistent down to the smallest detail, forced Lukman to conclude that the Huns not only traveled north but actually established itself as a ruling elite in Scandinavia even before Attila's time, and they stayed in the area until Attila's son and successor Helleacs (ie Helge) defeat against the Ostrogoths in 455, writes Lotte Hedeager.

According to Niels Lukman came a group of herulske kings returning to Sweden with his people in 512, and survived in the area until the Viking era and beyond in the early Middle Ages.

- The historical evidence for the emergence of the new royal families are supported by that revived monumental burial traditions that have been verified archaeologically of unprecedented discovery of burial mounds, which in Sweden Old Uppsala, Norwegian Borre and Lejre on Zealand, says Professor Lotte Hedeager.

HUN detected also how for example. gullbrakteatene produced in places like Gudme on Funen, was a development of Byzantine gullmedaljonger honor of Roman emperors, so that the Roman emperors were replaced by the Nordic king of gods, Odin.

- A new shamanistic practices were introduced. The largest groups of gold bracteates illustrates a shamanistic representation of soul journey: the head of a man disguised as a bird, rides on a creature that looks like a horse, but have horns and beards.

- It is my hypothesis that the Huns were the most important transformative component in Europe by Roman times. Historical sources, poetic narratives, iconography and animal art, as well as the amount of Roman gold, points to all the Huns, writes Lotte Hedeager in his new book.

Scandinavian and Turkish People, What is the connection? Odin and his People