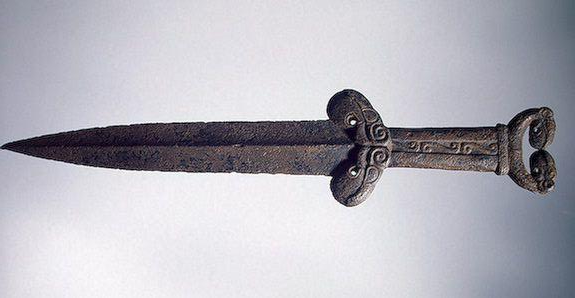 Bronze dagger was one of the elements of the so-called Scythian triad and the most common and widespread melee weapon Scythian warrior. There are several typologies akinak, which is based on observation of the shape and the pommel crosshairs. Both elements are in addition to functional load reflects the aesthetic and artistic tastes of pastoral peoples of Eurasia. One type akinaka semantically associated with the image of ARES - Scythian god of war. The mounds of Sayano-Altai frequent bronze and wood (in the mounds with permafrost) akinak model made specifically as burial items.
link :

* AKINAK (Acinaks):
"a short, iron Scythian sword. Most likely, the word has a Scythian origin. Thus, in Sogdian and Chorezm languages survived a word kynk - sword."


NOTE:
Tr. kingirak, with silent ğ > kinirak, close enough, considering 3,000 years separating our languages. Kingirak is a term for a double-edged sword, dagger, knife, in the Middle Asia and South Siberia kinirak first appeared in the graves of the Tagar Culture, 700-100 BC, after Karasuks, 1200-700 BC, mastered iron production and alloys with arsenic and tin. Scythians brought along their kiniraks still during the Karasuk time, as depicted by the march of the kurgans from east to west. It would take a scholarly effort not to notice temporal, spatial, and linguistic evidence.


Vaissière supposes that the Ephtilite name Khingila is a name of the sacred sword worshipped by the Eastern Huns, “kenglu” compared with Türkic qïŋïraq “double-blade knife”. This sword was worshipped among the Eastern Huns in the same way as the Scythians and the Huns of Attila worshipped swords. In modern Chinese pinyin, kenglu is phoneticized as Cheng-lu. Vaissière stipulates that Kenglu was also a name of the god of war among Eastern Huns and the Huns of Attila, so Ephthilite Khingila might have been a theophoric name; that, however, conflicts with the concept of Tengriism, which holds Tengri as Almighty, allowing spirits and alps, but not other gods. - [Vaissière 2003, 129.]


F. Hirth calls the word kingirak, "a double-edged knife" among the weapons that King Wu 武 of the Zhou personally used to conquer the Shang, "the oldest Turkish word on record" - ["Ancient history of China, to the end of the Chou dynasty", New York, 1908; reprint Freeport, New York, 1969, p. 67].


This claim is consistent with archeological findings that show striking similarity in bronze daggers found in China and west Siberia). link: 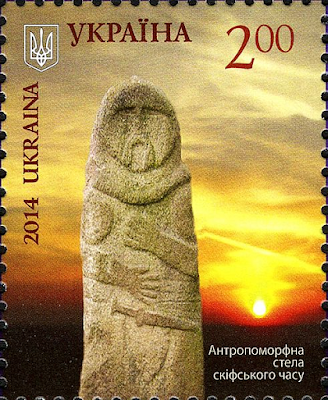 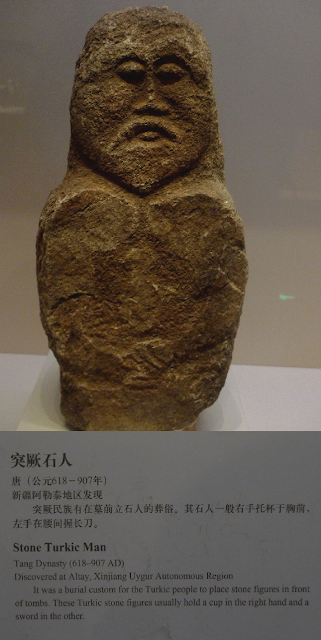 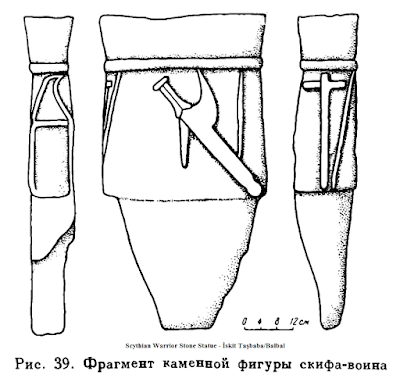 * ARES:
"God of war in the Scythian pantheon of gods. Only to him the Scythians installed sanctuary in the form of a sword embedded in a pile of firewood."


NOTE:
Ar in Tr. is a “soldier, warrior, man”. Extension to a “god of war” from a memorial akin to “eternal flame” would not be too unexpected. But any Türkic etymology is nothing more then V.I.Abaev-type philological fantasy, because Ares is a Greek god, likely of Thracian origin, a son of Zeus, and an inhabitant of Olympus. Herodotus did not cite the Scythian name for the god. In Greek mythology Ares was a god of war, or rather of violence and destruction caused by war. Long before Herodotus, Ares was depicted as wild, unrestrained, and traitorous. All romantic myths about Ares are incongruent with the depiction of the Scythian god of war, using Herodotus' terminology. A better description in Tengriism would be an "ALP", or a patron, instead of god, and not of destruction, but of military success, his symbol was a sword.


The Scythian ceremonies described by Herodotus are nearly identical to those depicted for the Eastern and Western Huns of the following millennium. For the Western Huns, the name of the god of war was recorded as Kuar, the Chinese rendition was Ching Lu. The parallels described for god Gor in Egyptian mythology, Sumerian Ishkur, Persian Gurchesh, Roman Mars, all point to cultural borrowings, even though the Sumerian Ishkur was recorded as early as 26th c. BC.


The Türkic god is reconstructed as Kur, in Chinese transcription Ching Lu; Kur falls into the same phonetical group as Gor, Ishkur, and Gurchesh. It may be too presumptuous to suggest that Türkic Kur was a model for the following gods of war, but in Sumer the word “kur“ means “foreign hostile country”, hinting on invaders.
The Türkic proper name Kur/Chur indicates a military leader, with slight dialectal variations it was widely spread geographically and temporally, first mentioned for the leaders, and later as a widespread name. Among Türkic names and titles are Gur-Khan, Gur as part of tribal names, Gurchi and Kuarchi for royal bodyguards for Chingizids and Safavids, Charik for Khan's guard regiment, Jenichars for Ottoman swordsmen, Gorgud and Korkut for prophets.


The sources elaborate that “pile of firewood” is actually a kurgan, or a natural hill, on top of which is set up a platform, where a sword is mounted and ceremonies held. We have records describing the service ritual for Scythians, Eastern and Western Huns, and Caucasian Türks. [(Ref. Z.Gasanov “Royal Scythians”, p. 233 on ).Herodotus IV 59.] link

Old Scandinavian records inform that ancestors of the Scandinavian peoples had condensed contacts wth the region where ancient Turks used to live, and sometimes directly with the Turks. They contain very significant cultural elements. Besides, some ethnic contacts occured. Consequently, withnessing the very similarity of typecasting of heroes, which is one of the most outstanding cultural peculiarities, of the Scandinavian and Turanic realms is not very suprising. In addition, basic words of the two denominting heroes are strikingly similar to each other, and likely cognate. 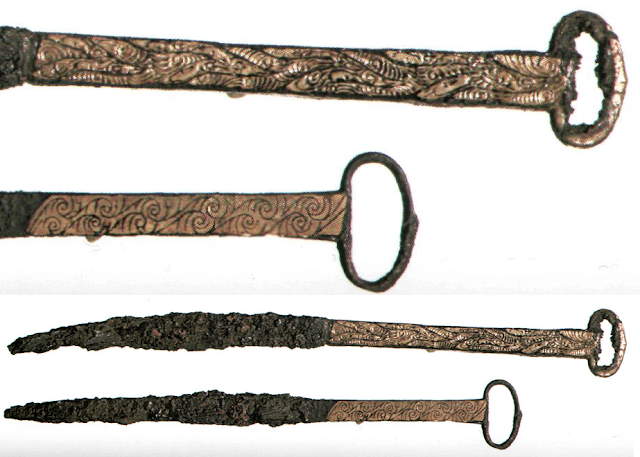 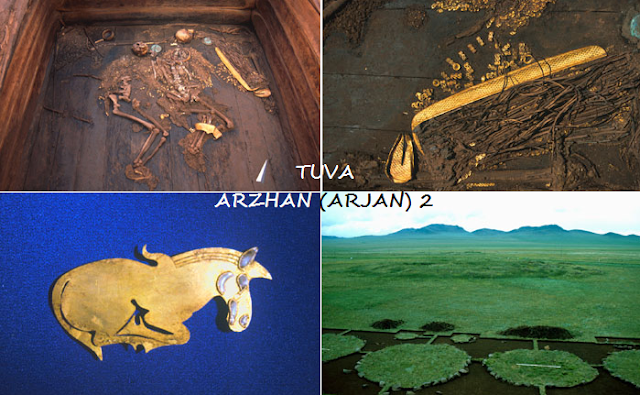 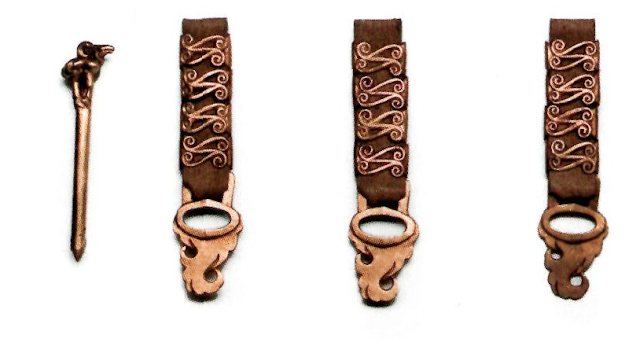