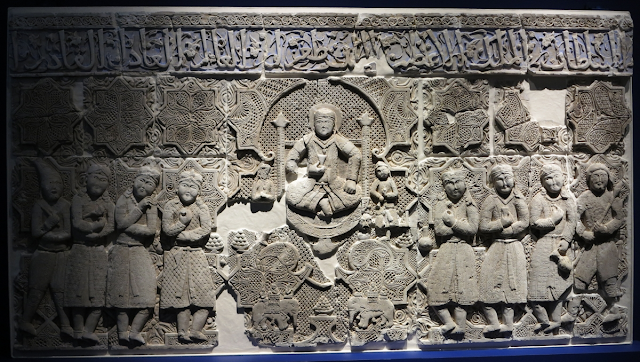 Panel with enthroned Ruler Tuğrul Bey (Tughril-Tughrul) with his Oath Cup and in Turkish sitting position
and Courtiers, [Bey is a title like Sir in English]
Iran (possibly the vicinity of Ray) 2nd half 12th century,
Philadelphia Museum 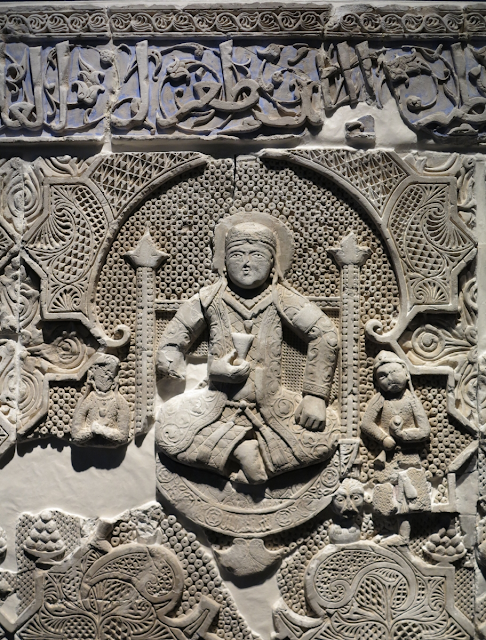 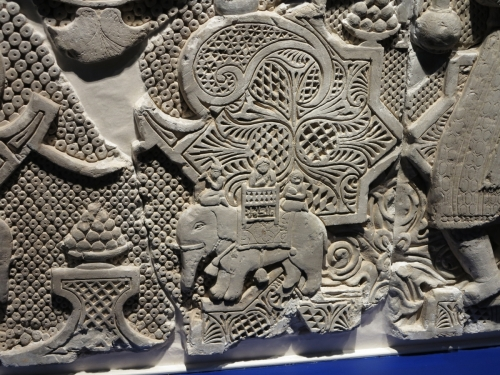 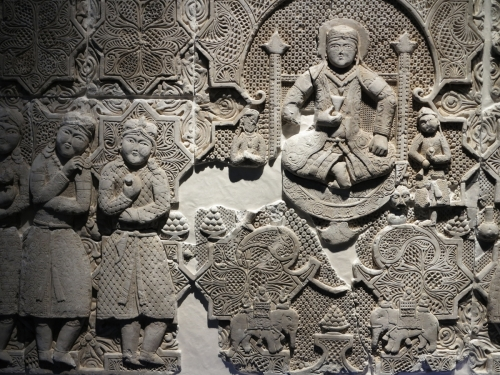 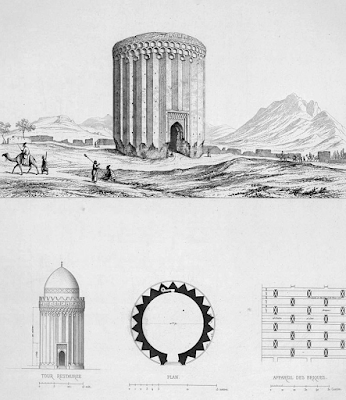 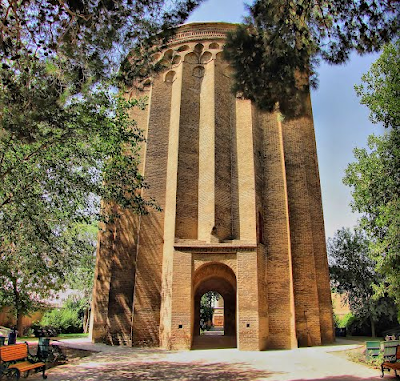 1- Seljuks are Turks. So you must write as "Seljuk Turks".
2- what does "a tribe of nomads from .." means? Is "Nomad" a nation name?
3- Nomads can not establish states and make beautifull arts.
4- When it comes to Romans or Greeks, you write with their nation names. Even if it comes from Iran, it doesn't mean it belongs to Persians! Or is Islam a nation?... And it is absolutely not affected from an another culture as Persian, like Metropolitan Museum's book or other books inform you!(Right info is: Nizami is not Persian , and yes Oghuz are called also as Ghuzz, which brings us to Ashguz, the name of the Scythians!) and infact Persians learned from The Turks, if we look back in time, you will see that today's İran was till 1925 ruled by Turks, like Parthians, Scythians, Massagetae, Seljuks, Safavids, Afshar..etc . Still 45million Turkish people living in İran.

Instead of "Turkish" they are also presented as "ISLAMIC". Somehow, determination of the political identity of the Turks is Islamic..! Or with false ethnic identity.... The "Westerners" are proudly to say with their ethnics, and teaching also in that way, but when it comes to us, no mention of the Turks, Turkish culture. Whereas, such events are a nation's civilization measure....


Neden Türk Kültürü ve Medeniyeti Demezler?
(Why Do They Not Named Turkish Culture and Civilization?)

other photos from
"Cosmos and Court: The Great Age Of The Seljuqs " 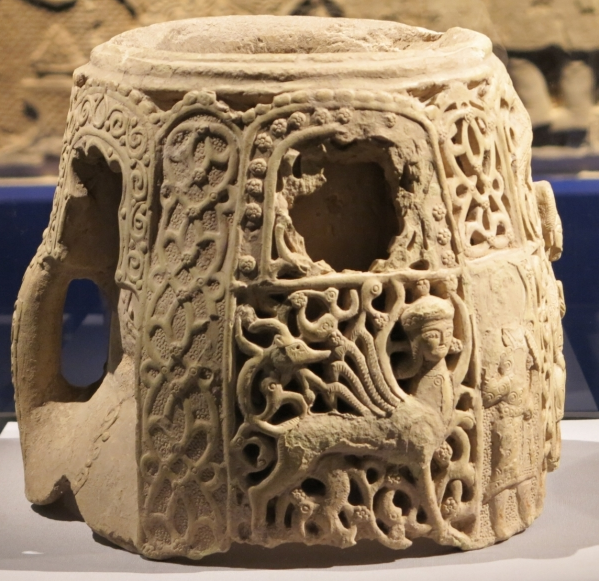 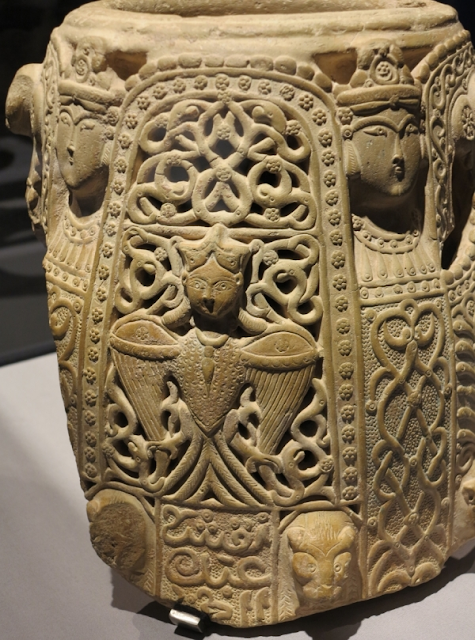 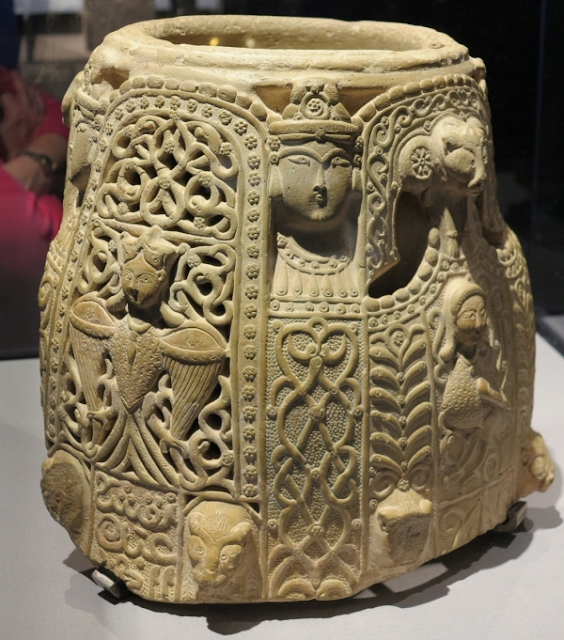 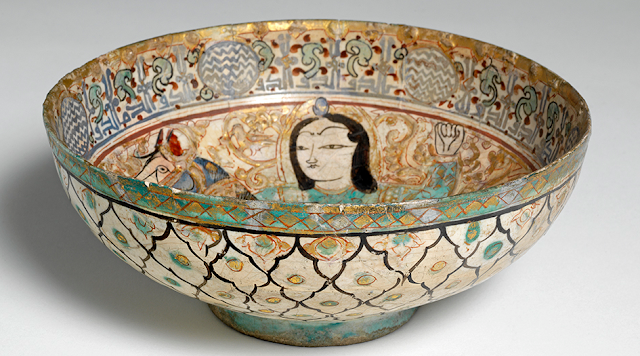 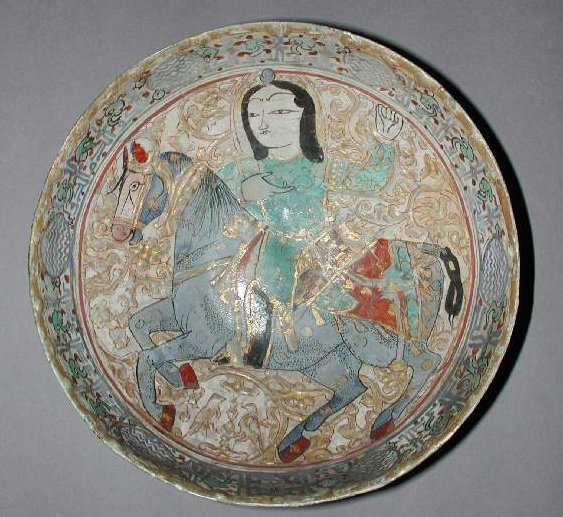 Turkish Warrior on horse with knotted tail
Seljuk Turks - 12th c.
The Fitzwilliam Museum
Again no mention of Turks. Again a false ethnic "Persian Art" and under "Islamic Art" category : !!!
"Knotted Horse Tail" Meaning for the Turks:
For Country, Nation, Family, for the sake of Honor and War ;
Ready to be Killed and Kill. 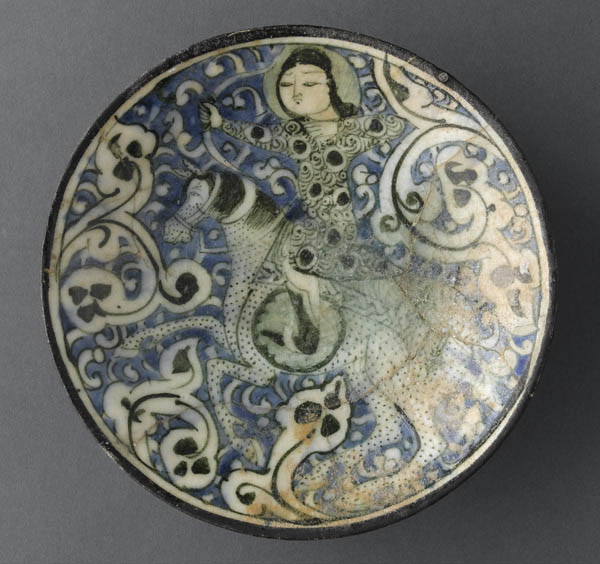 A Turkish Warrior with his bow on horse with knotted tail.
1st half of the 13th c, from north Syria.
Louvre Museum
Again no mention of "Turk" and the info under "Islamıc Art" !!! 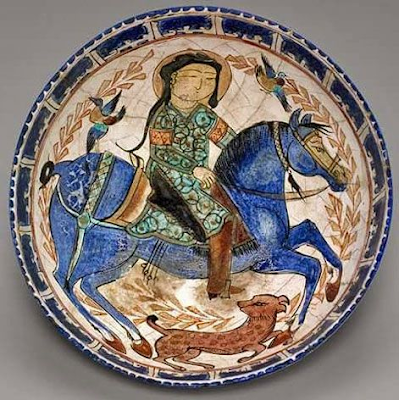 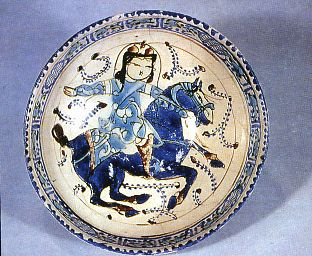 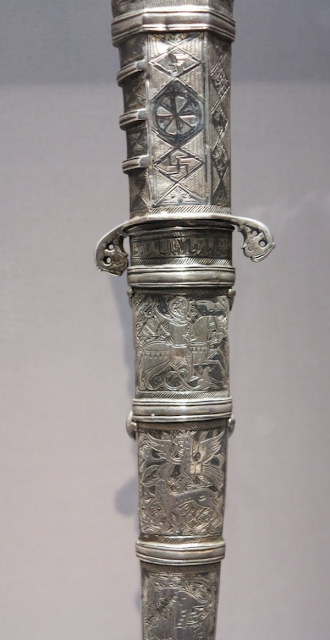 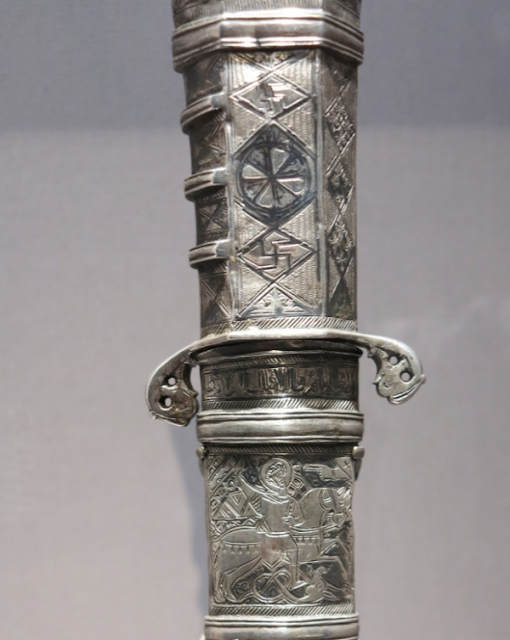 Dagger, Turkish Culture and Art, 12th-13th c
Dragon Slayer, Turkish Knot on Dragon,
Swastika (we call OZ) Turkish symbol/mark
excavated in Israel
"The Arts of The Muslim Knight": The Furusiyya Art Foundation Collection*
* Furūsiyya, is the historical Arabic term for knightly martial exercise during the Middle Ages, during the Crusades and Mamluk Turks period in particular. Most of the Crusades was stopped by the Turkish Warriors. 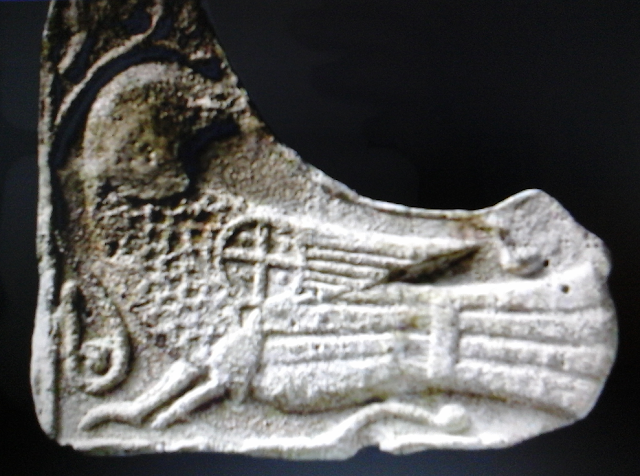 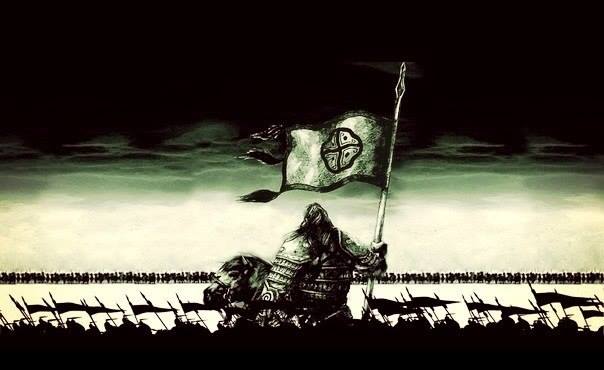 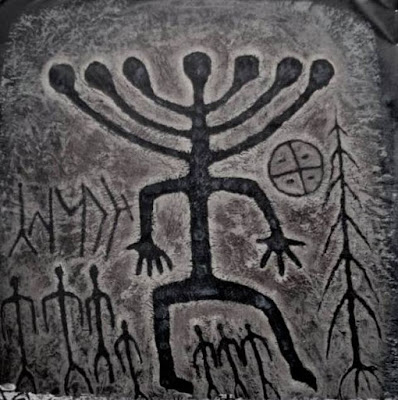 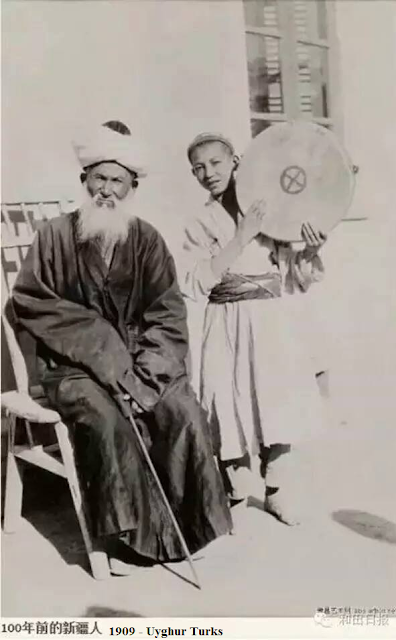 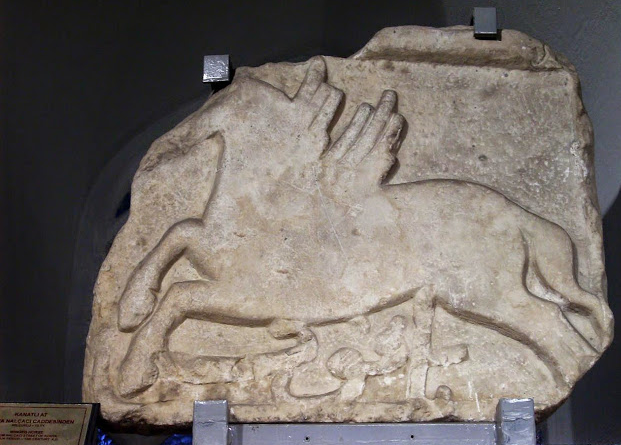