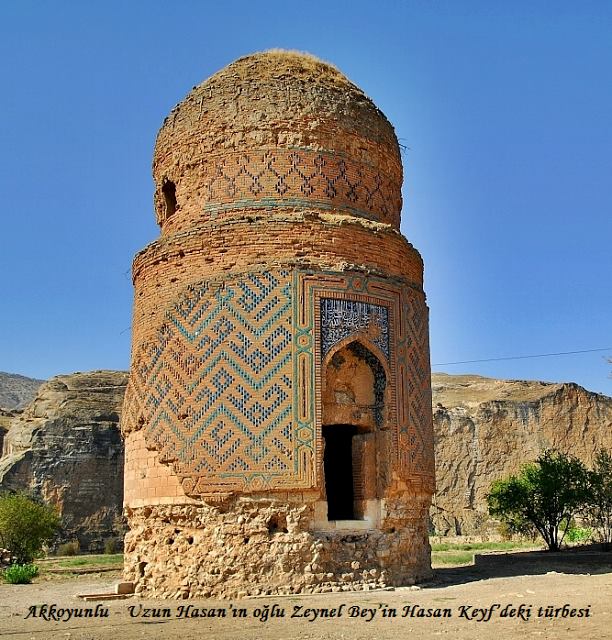 Akkoyunlu "White Sheep Turkoman" also called as Aqqoyunlu-Ak-Koyunlu. They are not Turkic, but TURK.

Do we seperate German and English people as ethnic? Yes! But they are in Germanic peoples category, but don't call them as Germanic, if we are talking about ethnic! Or do we seperate English language as "New York English" or as "London English"? NO! But English is in Germanic language family, do they understand each other when one speaks German and the other one French? :) No, they don't. But we do, so Turkish in Turkey and Turkish in Uyghur can not consider as a different language, but must considered as dialect!

Aqqoyunlu (Ak=White, Koyun=Sheep, Turkoman=I am Turk) , Karaqoyunlu (Kara=Black, Sheep, also written as Qara Qoyunlu: and why changing with each writing the name?), Artuqid (Artuklu), Zengid, Safavid, Afsharid, Seljuk, Ottoman, Pecheneg, Kipchak, Mamluk, Avar, Hun, Khazar, Cuman, Oghuz, Turkmens, Uyghur, Gokturk, Nogai, Kazakh, Kyrgyz, Azerbaijani, Bashkir, Crimean Tatars, Qashqai, Yakut (Saha-Saka), Kumyk, Karachay, Gagauz, Tuvan, Uzbek, Karaite, Bulgar (before slavified), Atabegs, etc. and there are subgroups of these tribes with there clan or family names (example: Huns and Oghuzes have 24 tribes and many subgroups) but all of them are TURK of ETHNİC. And many of these Turkish Tribes live in Turkey, and that's why it is called only "Turks".

In Dutch they called as TURKSE VOLKEREN; the meaning is TURKISH PEOPLES, and that is one of the right expression. İnfo's like I showed above are deliberate mistakes, not to show the huge culture of Turkish people to the world. They do call also as "Islamic", but religion is spread among differend nations. You have in İslam art : Arabic Art, Persian Art, Malaysian Art, etc.... and you have of course Seljuk, Mamluk and Ottoman Art, but they are as İslamic represented!!! Somehow, determination of the political identity of the Turks is Islamic, or with false ethnic identity !...

So the art and culture must be written first as "TURKİSH CULTURE AND ART", then with their period/dynasty name, and maybe with their tribal or clan name but not as Turkic. So can other peoples of the world understand in which ethnic they belong when we say; "Akkoyunlu, Turkish Art and Culture." 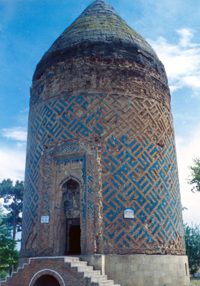 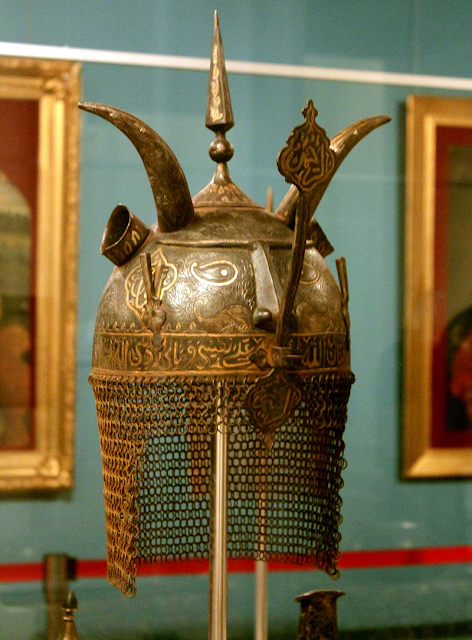 An example:
Metropolitan Museum : Search "Safavids" and look for the word "TURKS":


... "In the early sixteenth century, Iran was united under the rule of the Safavid dynasty (1501–1722), the greatest dynasty to emerge from Iran in the Islamic period. The Safavids descended from a long line of Sufi shaikhs who maintained their headquarters at Ardabil, in northwestern Iran. In their rise to power, they were supported by Turkman tribesmen known as the Qizilbash, or red heads, on account of their distinctive red caps. By 1501, Isma’il Safavi and his Qizilbash warriors wrested control of Azerbaijan from the Aq Quyunlu, and in the same year Isma’il was crowned in Tabriz as the first Safavid shah (r. 1501–24). Upon his accession, Shi’i Islam became the official religion of the new Safavid state, which as yet consisted only of Azerbaijan. But within ten years, all of Iran was brought under Safavid dominion. However, throughout the sixteenth century, two powerful neighbors, the Shaibanids to the east and the Ottomans to the west (both orthodox Sunni states), threatened the Safavid empire. In the arts, manuscript illustration was prominent in royal patronage. Isma’il’s son, Tahmasp (r. 1524–76), who had been trained in painting at an early age, was an active patron of the arts of the book. Artists from the Qara Quyunlu, Aq Quyunlu, and Timurid court studios were brought together and their work helped form a new Safavid style of painting".....

by Suzan Yalman, Department of Education, The Metropolitan Museum of Art, based on original work by Linda Komaroff , October 2002 (link)


Who the hell are Safavids, Qizilbash, Aq Aoyunlu, Qara Qoyunlu?.... Did she and the museum ever mention about TURKS, Turkish? Nothing , not a dame thing!... Safavids are Turks, a Turkish Dynasty. Uzun Hasan of Akkoyunlu is the ancestor of İsmail.

"Turkman tribesmen known as the Qizilbash" : First it is Kızılbaş (do not change the name in Qizilbash) and second they are also Turks of ethnic, Turkman means "I am Turk". Also not Qara Qoyunlu but Karakoyunlu, and also TURK of ethnic. And you all call yourself a scholar and a respectable museum!! And some of you claims that Safavids are Persians!!! You all are just a piece of garbage!...

"the Safavids was Turk, Turkic in their ethnic origins. And indead spoke Turkish as a language of daily life." Victoria Holbrook - Ohio State University / video:


Battle of Chaldiran was also a brotherhood war, between the Ottoman Turks and Safavid Turks.... 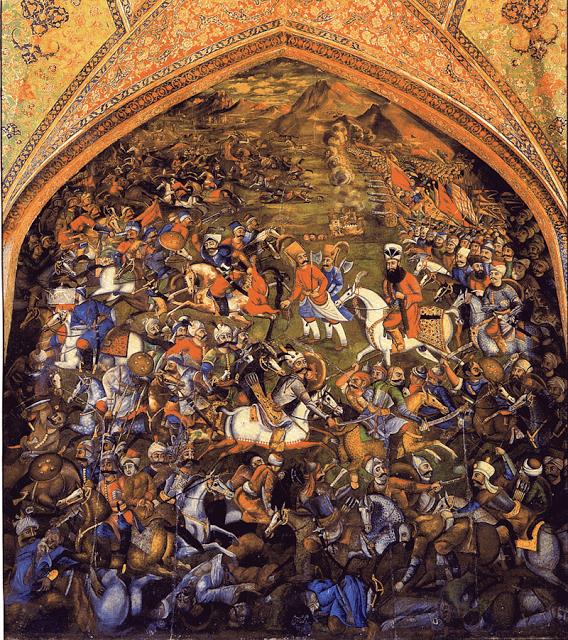