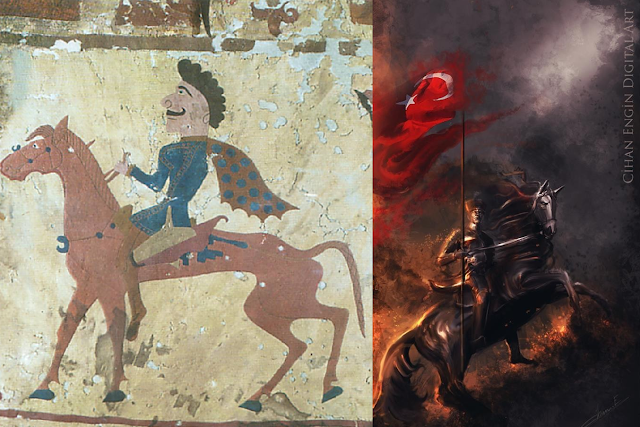 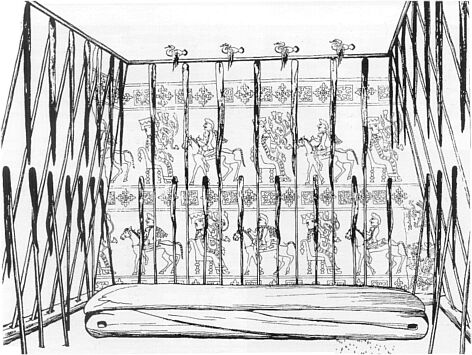 Felt from Turkish Pazyryk no.5 kurgan, in my opinion that warrior is Afrasiab, Turkish leader of the Turanian in Shahname (written in 10th c AD). His name is ALP ER TONGA (or TUNGA). The other one is ATATÜRK, by artist Cihan Engin.

ATTILA - ATILLA of the HUNS = a Turkish leader.