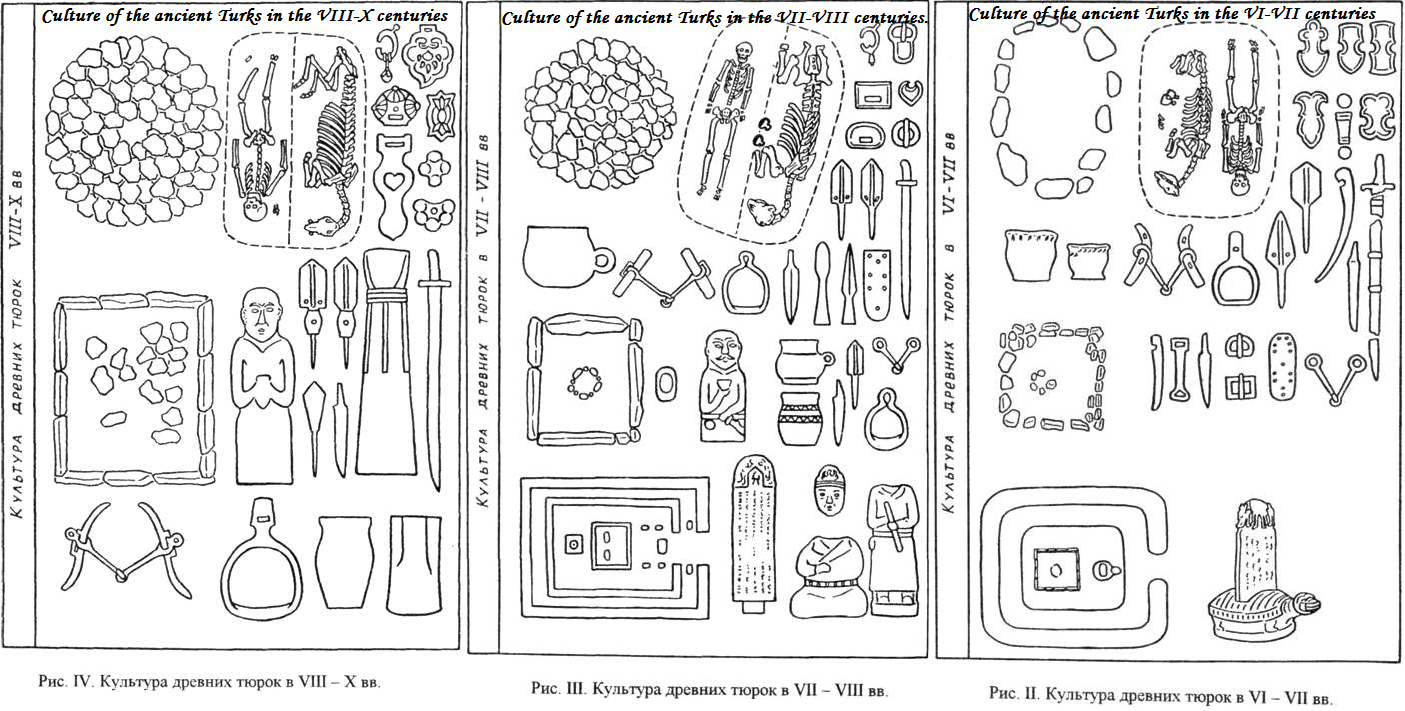 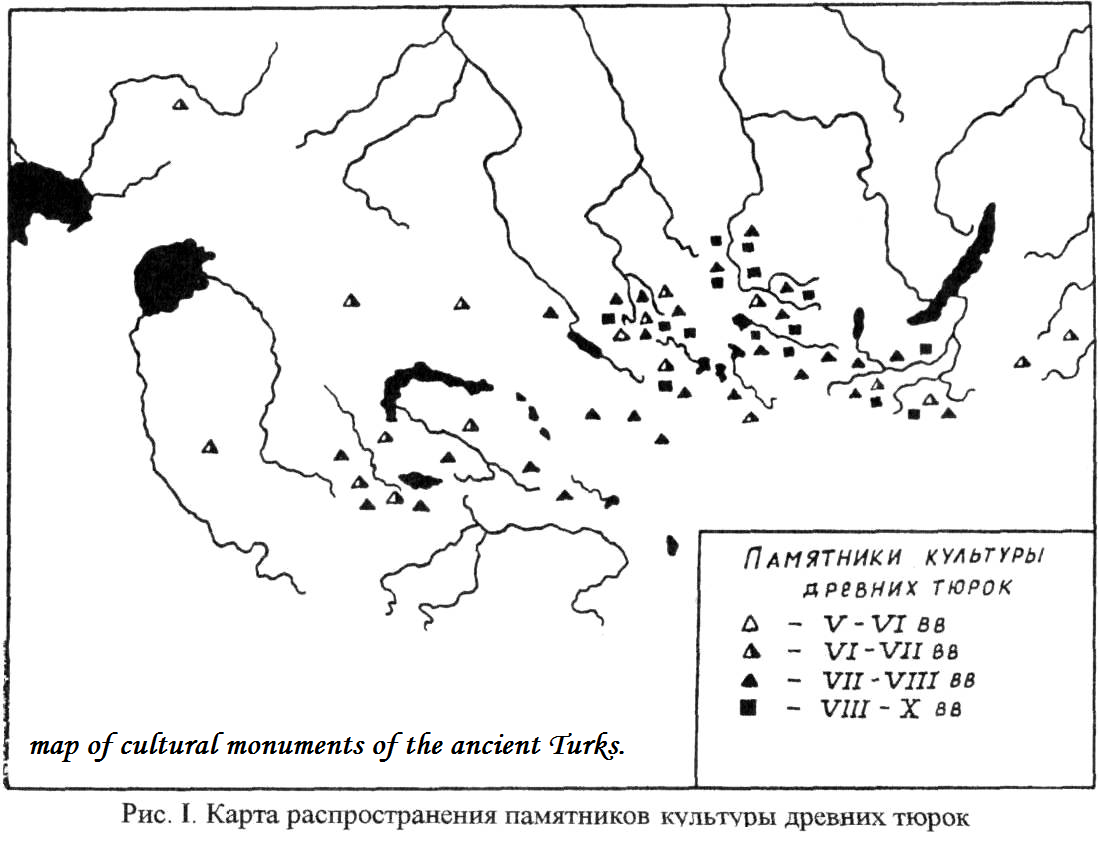 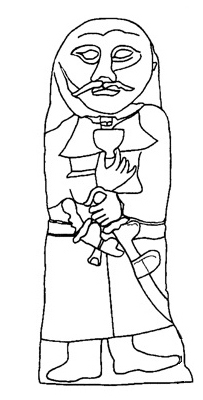 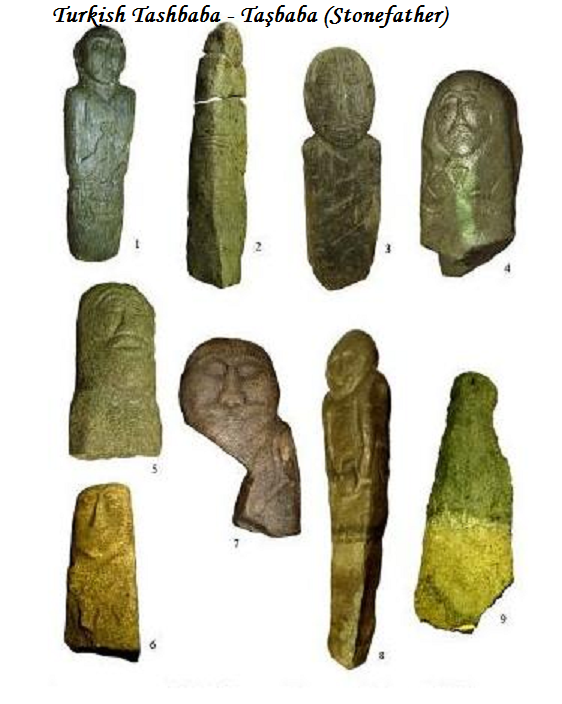 Almost all the monuments are the work of the "Turkic-speaking nomads"*. They can be divided into several chronological periods. The first period covers the VI-VIII centuries. It includes four exhibits: three are sculptures, and one - a boulder with a schematic representation (Fig. 1, 1-4). All monuments convey the image of a conditional male warrior. Each figure in the right hand is a vessel, left lying on the same blade weapon. The most expressive copies made at a high professional level - the monuments of Kazakhstan (unfortunately, chopped) and Tuva (Grach AD, 1961, pp. 18-19, Fig. 1-3, Table. I.-1 ; Sher JA, 1966, pp. 77-78, Table. II.-9). Images of soldiers ringed earlobes adorned with earrings. Their garments, especially belts, elaborated. On belts hanging sword and dagger, and various bags. The "Kazakh" warrior hair braided in six long braid that tightly strapped on a belt and dissolved terminations. On his chest is a large double diamond simulating large lapels apparel or suspension.

"Tuva" fighter has a short haircut. He very carefully traced the weapon. On his typesetting belt buckle is released, and besides handbags, strap on a separate suspended whetstone (?).

For other stages, a limited VII-IX centuries., Include three sculptures (Fig. 1, 5-7). Images of men passed in the form of busts. But one monument, delivered from Kazakhstan, fragmented. Initially, it is most likely is the full sculpture. Of the entire group, only one monument, too, Kazakh, shows a vessel in the form of a bowl on high legs.

Causes considerable difficulties dating last collectibles - slightly processed stone blocks (Fig. 1, 9). One of its parts formed into a round shape, shape resembles a human head. Oval recesses mimic eye sockets and mouth, and raw spaces between them - a straight nose, and possibly lowered mustache. Minor chips give the impression that the master wanted to show neck, beard, as well as the hryvnia. Geographical distribution of the monument is unclear. These monuments are found in Tuva (AN Gerasimov, 1995, p. 128, fig. 2, 5) and the Altai (Yevtyukhova LA, 1952, Fig. 71.-6; Kubarev VD, 1979, p. 12, tab. I; Kubarev VD, 1984, p. 107, Table. III.-19). Monument may be treated as the late Bronze Age and the Middle Ages.

This brief review of the ancient sculptures stored in MAE shows that, despite the small amount of collections and bad attribution, it includes interesting material on monumental art nomads, and several monuments are true masterpieces.

Collection of ancient sculptures of the Museum of Anthropology and Ethnography in St. Petersburg began to take shape in 1910. The first exhibits were "stone woman", delivered VI Kamensky from Kazakhstan. How many were brought monuments, remains unclear. After more than half a century in the description of these monuments YA Cher on the basis of handwriting "Report on the excavations in East Kazakhstan" VI Kamensky said six statues (Cher JA, 1966, pp. 77-80, 96, 99, 105-106). To date, the "Report" lost, and collectible inventory drawn up when entering "women" are mentioned only three sculptures.

In the 2nd half of the 1950s. from Tuva, according to LP Potapov, the museum received a further eight sites. These included statues and stelae "with runic Turkic texts" (LP Potapov, 1959, p. 117). However, trading card temporary storage is fixed to one more statue, and in the act of admission to the permanent storage of only four statues appear without steles.

Thus, if you do not take into account the possible inaccuracy of certain information to the top of the 1970s. MAE could be 18 sculptures and four stelae. All meeting has been attributed to the different departments (Department of Archaeology, Department of Siberia). Some of the exhibits were stored in the cellars, the other - in the depositories, and two monuments decorated staircase Museum, leading to the hall with the exhibition "The Descent of Man, and the main stages in the development of primitive society."

Over time, due to a lack of free space museum cellars were used as storage space and room household workers. Monuments began to move uncontrollably. Many sculptures were littered with building materials. Pedestals "ceremonial" dilapidated copies, from which statues, losing stability, have become a serious threat to staff and visitors and were removed in the lobby and under the stairs.

It should be recognized that it is the last quarter of XX century. became a turning point for this meeting. The collection will have a devastating impact: many of the exhibits were depasportizovany, and some just lost.

Currently, the Museum recorded only nine sculptures. They have been translated into a separate fund and constitute a single collection (coll. №7296).

"When the Orkhun Monuments were erected, there was no French or German State"
Prof.Dr.Ahmet Taşağıl 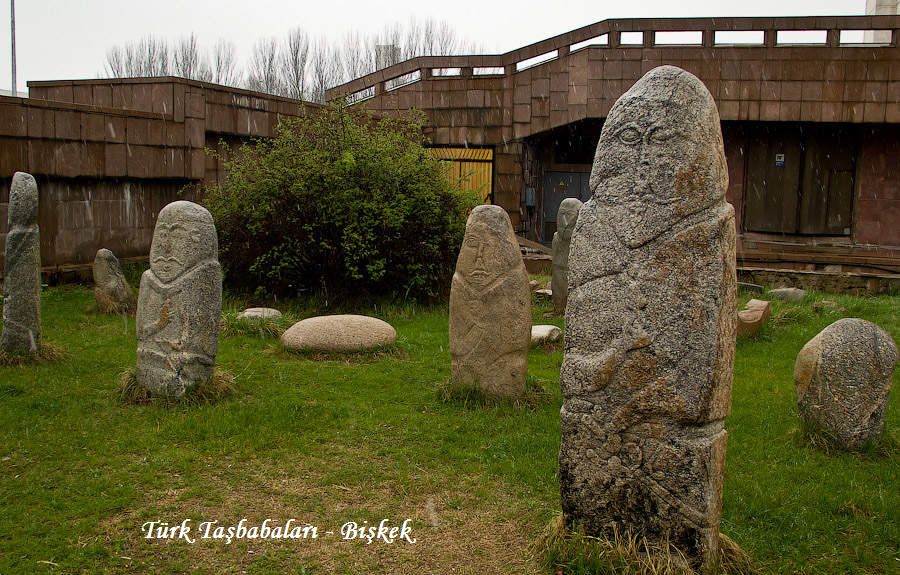 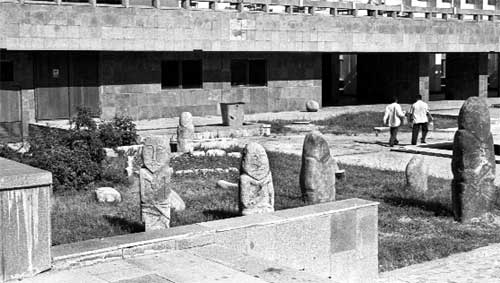 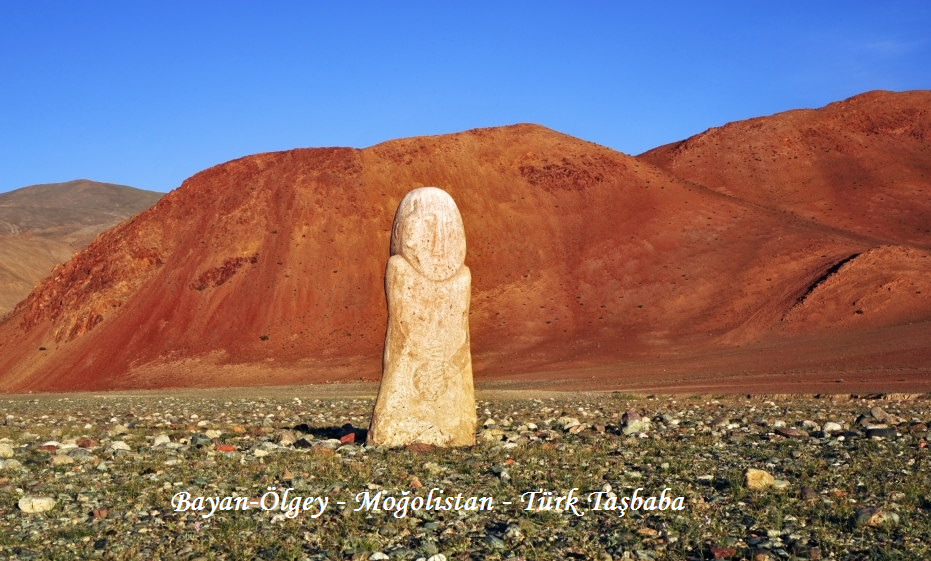 "A land where almost intact is rich in ancient Turkic heritage, - is part of the Chinese Altai. But recently, as reported by local historians, and here there was a great danger for the preservation of many historical and cultural monuments and complexes, including, for the ancient Turkic stone sculptures. Firstly, the thriving local industry, and agriculture, to explore new lands and therefore destroyed the ancient monuments. Secondly, the ancient stones ripped from their nests in which they stood for centuries, transport them to centers in various district and regional museums. If the trend continues, in a few years will already be hard to find among the mountains and gorges ancient stones balbals. But in those areas where there are many Kazakhs, ancient monuments preserve and protect. "
link 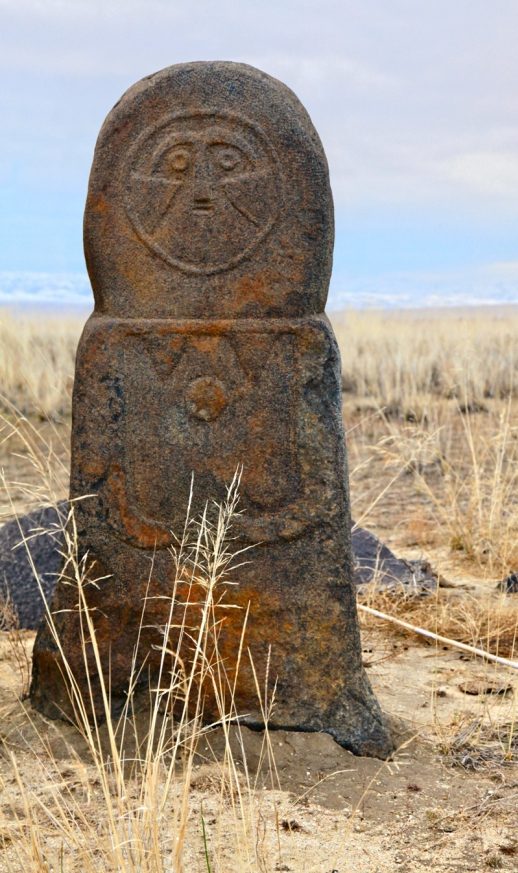 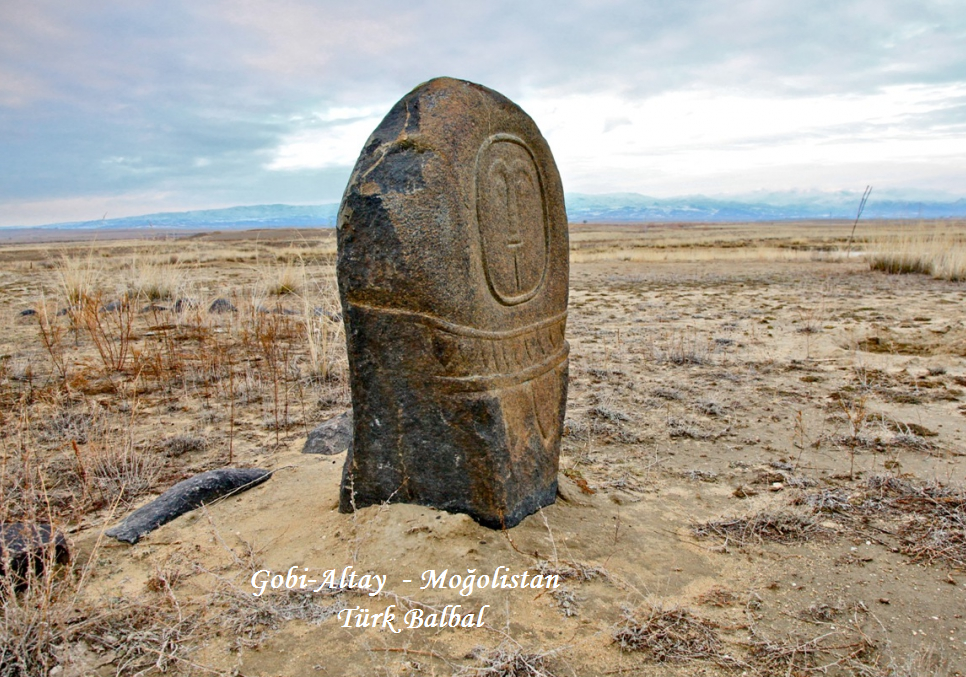 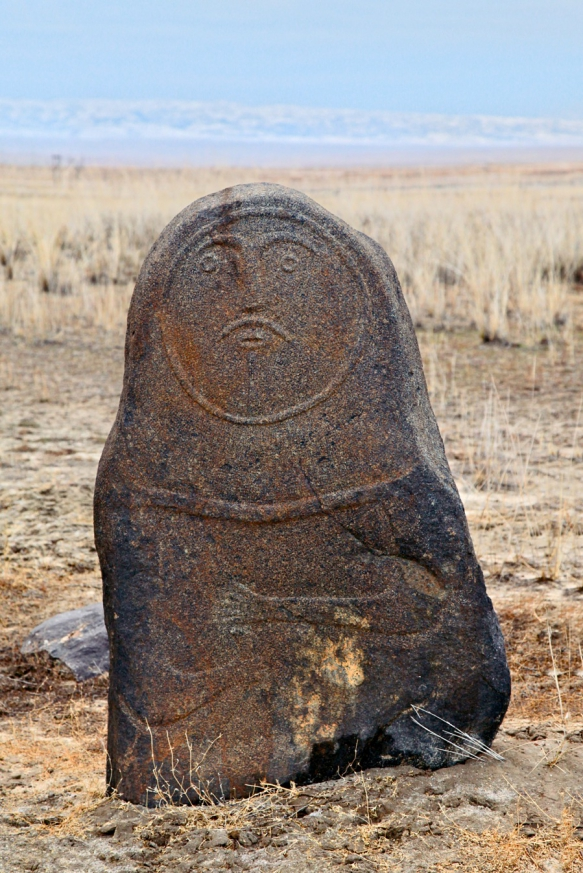 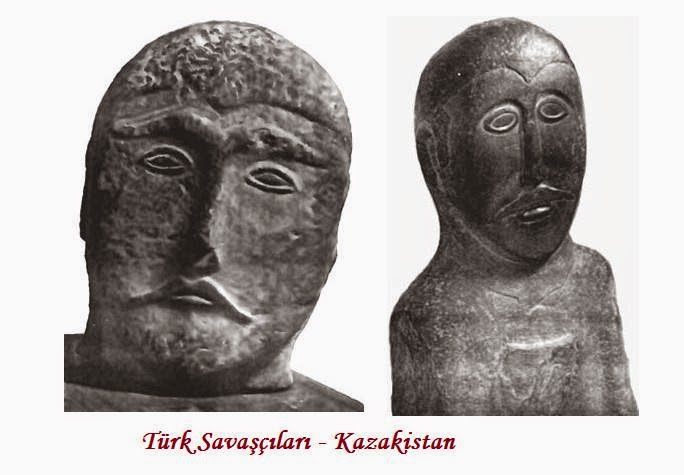 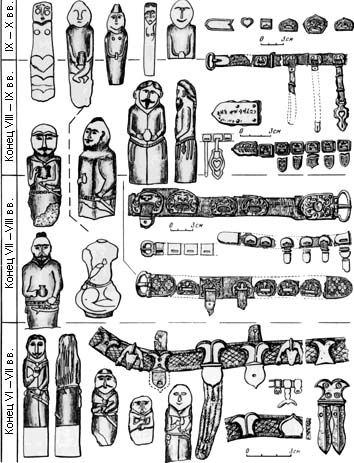 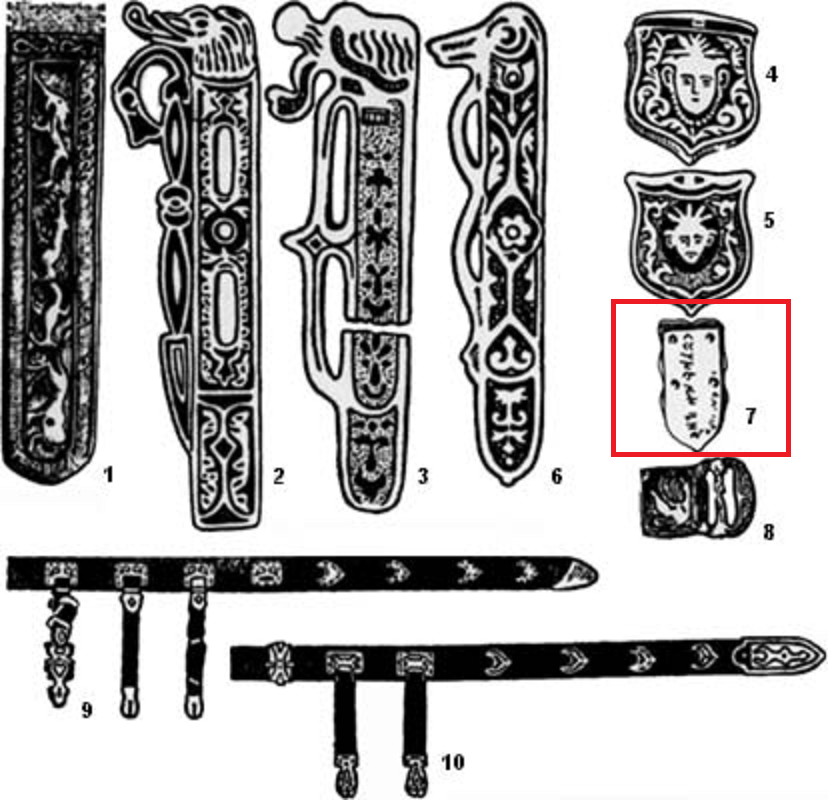 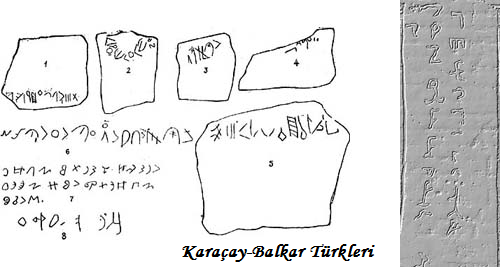 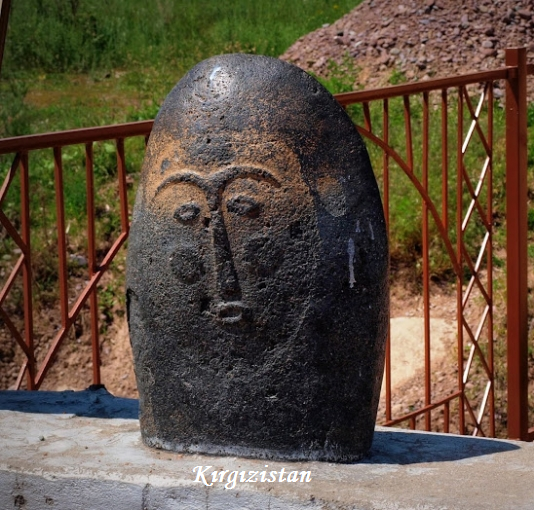 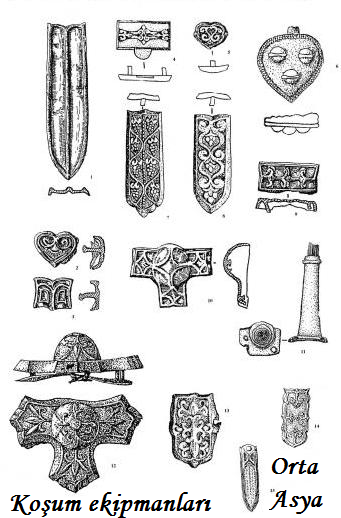 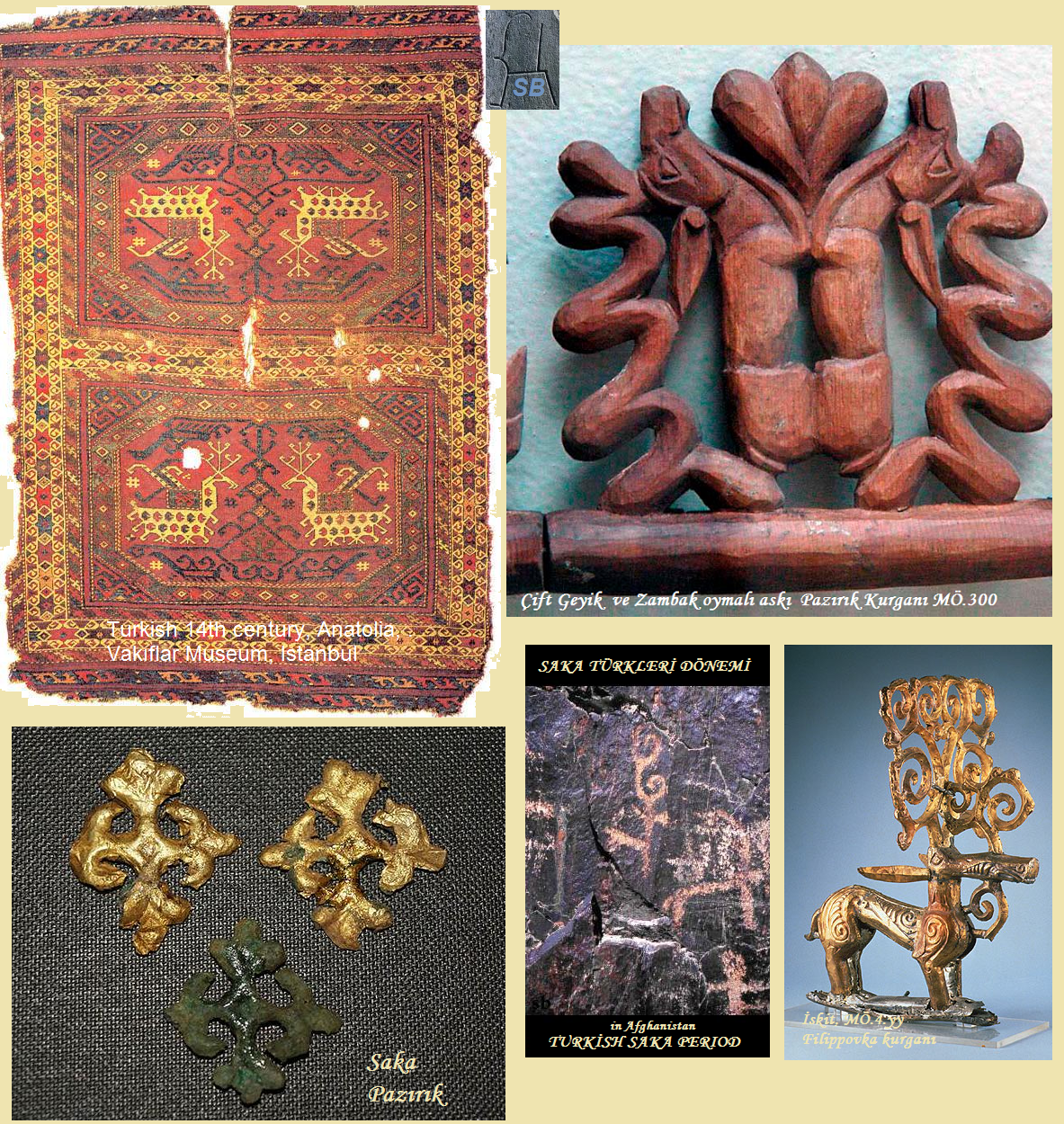 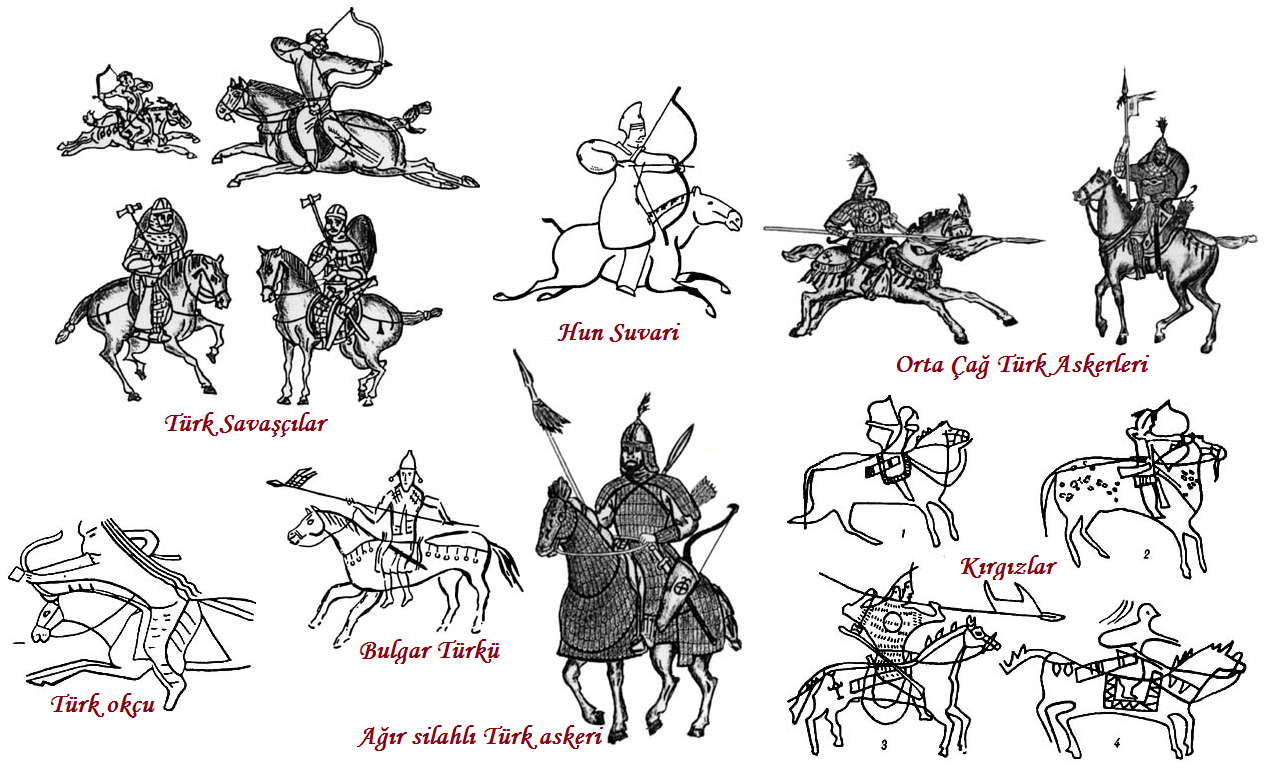 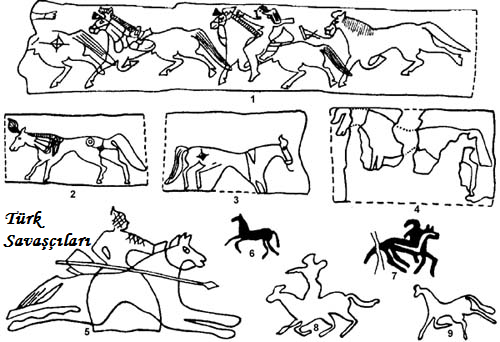 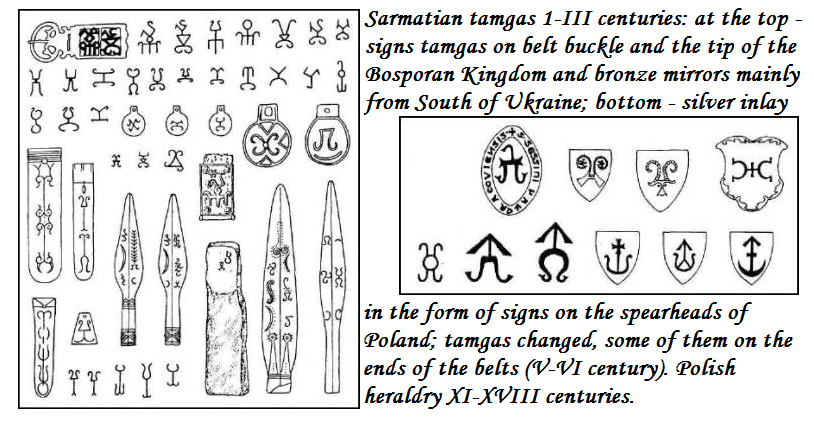 In the middle of the 19 c. the Russian historians and geographers were convinced that Scythians were Türkic speaking. So, R. Latama wrote in 1854 in the Bulletin of Russian geographical society: ‘The Türkic origin of the Scythians now days... does not require any special proofs’ [Latama R., 1854, 45].

Among Sarmatians in the end of the 1 c. BC are Aorses, ethnonym of which ascends to Auar-Avar with the Greek ending -s, -os.
Later, Auars-Avars are a known Türkic ethnos.

The other name for Ases was Alan. As relayed by ancient authors, Alans spoke Türkic-Kangar language, the ethnonymic data also supports that they were Türkic speaking

Mirfatykh Z. ZAKIEV
TATARS: PROBLEMS of the HISTORY and LANGUAGE
Collection of articles on problems of lingohistory, revival and development of the Tatar nation. Kazan, 1995 - link
and Polonya link  /  link  /  link 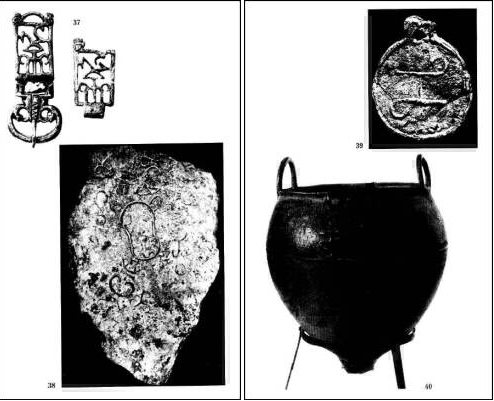 37. Bronze buckle decorated with openwork tamgas, from Kerch-Panticapaeum. British Museum.
38. Stone boulder from Krivoy Rog Ukraine, with engraved on it tamgas belonging to different periods. Archaeology Museum, Odessa.
39. A small bronze mirror with tamga cast on the reverse side. Steppe regions of the Northern Black Sea. Museum of Prehistory and early historical period, Berlin.
40. A large bronze cauldron from the area between the Don and Donets with a cast on it Tamga. Historical Museum, Moscow. 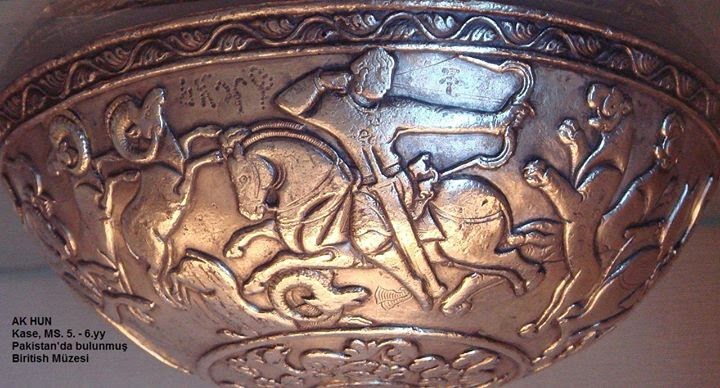 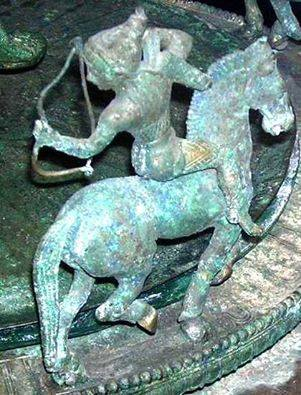