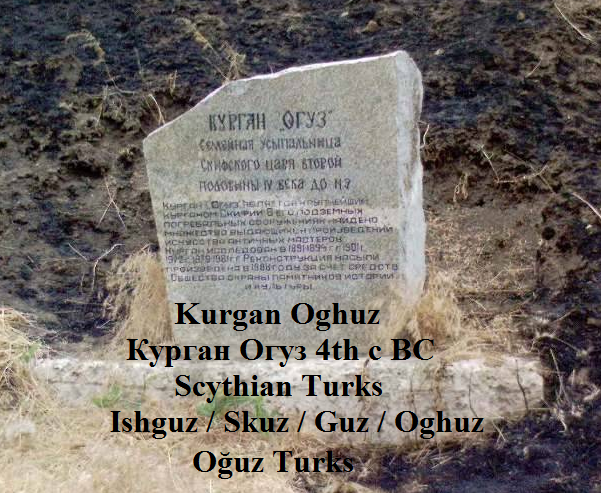 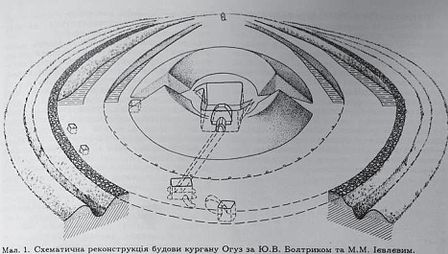 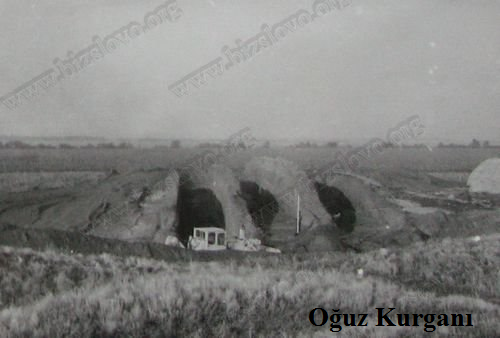 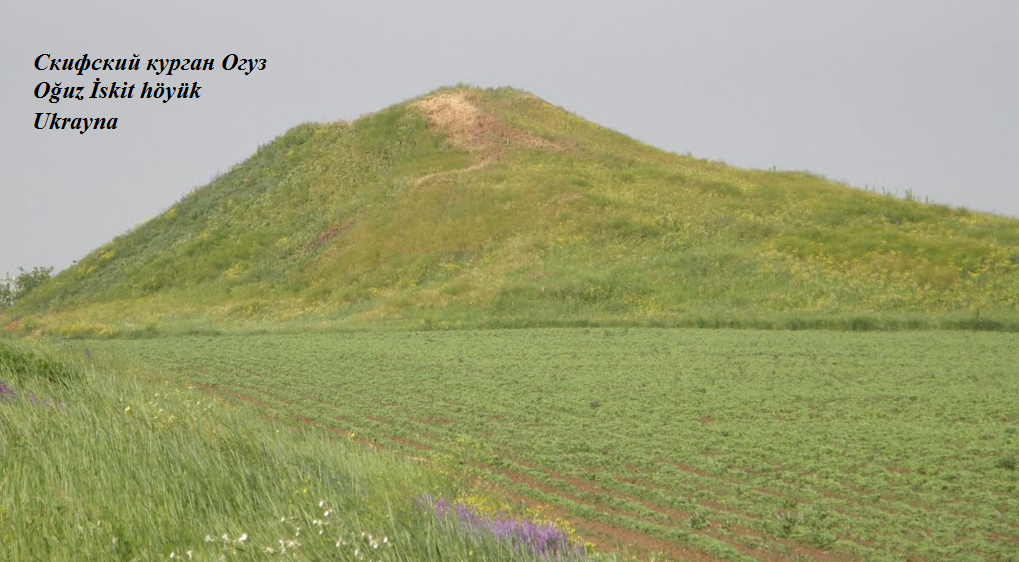 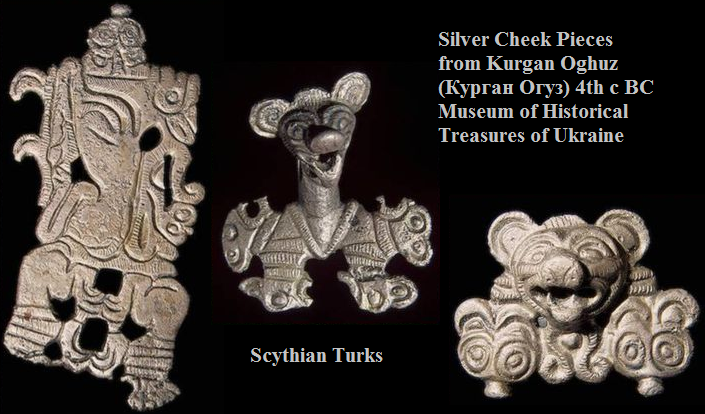 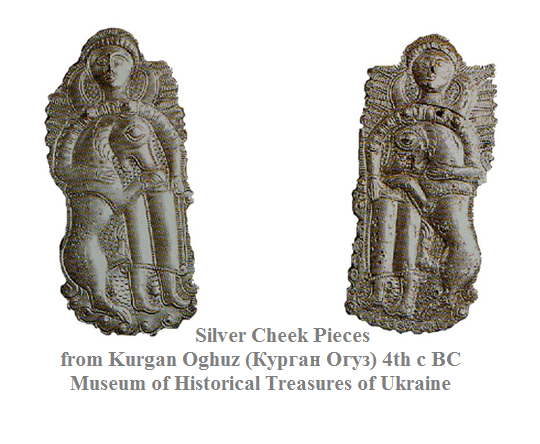 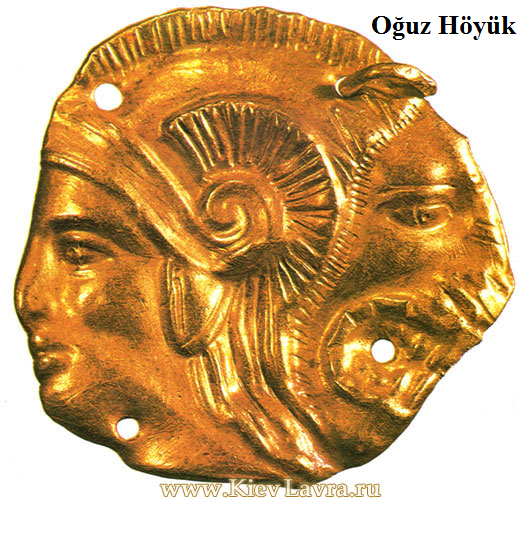 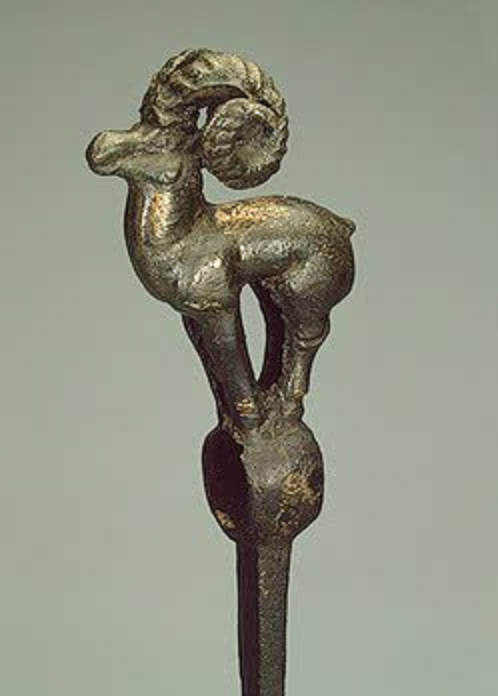 SCYTHIANS-SAKA-MASSAGETAE- CiMMERiANS ARE ALL THE SAME; TURK
According to Herodotus, “the Persians call all Scythians Sacae.” (VII, 64) 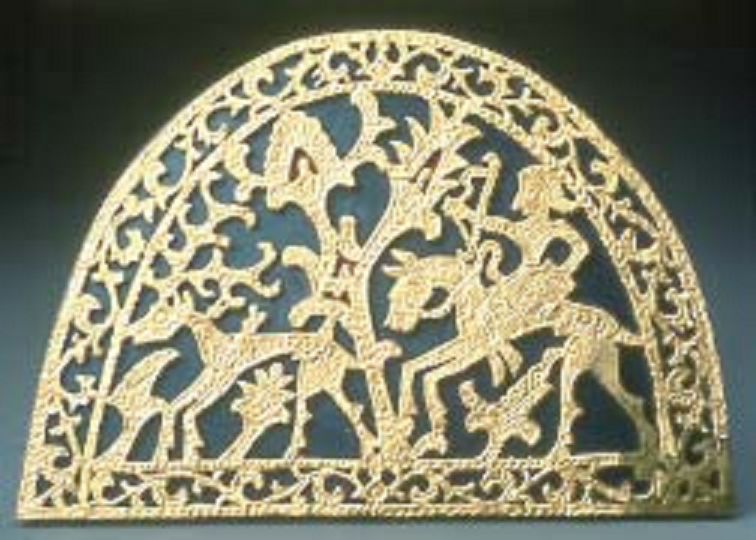 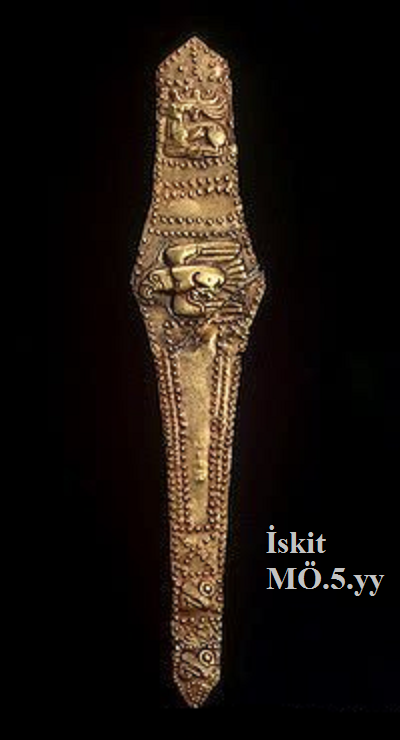 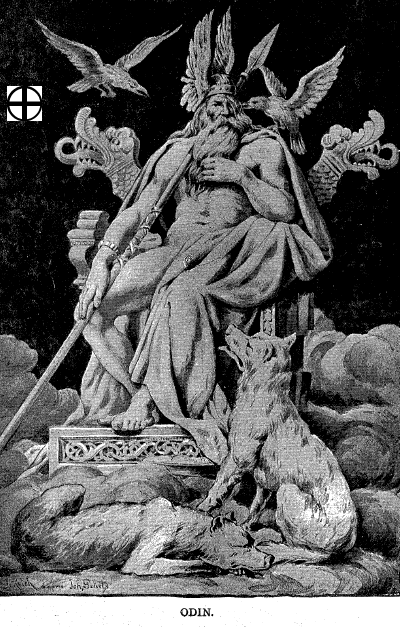 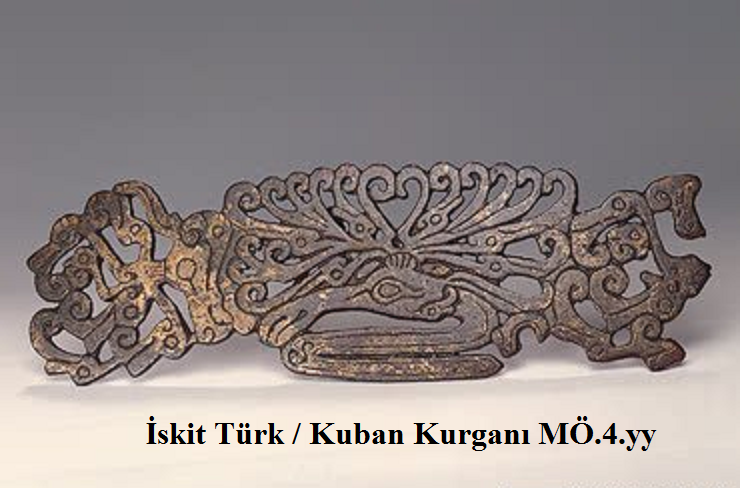 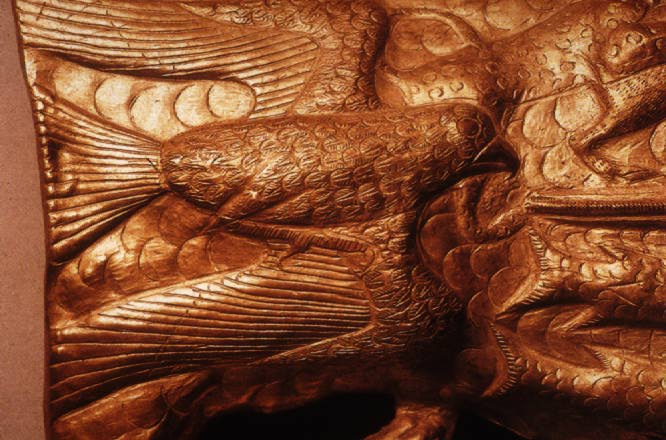 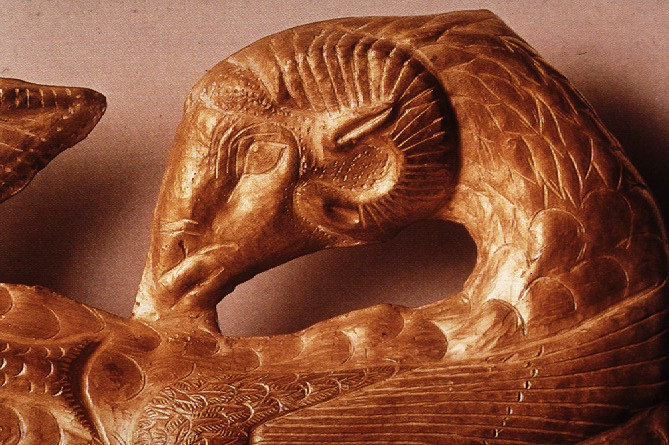 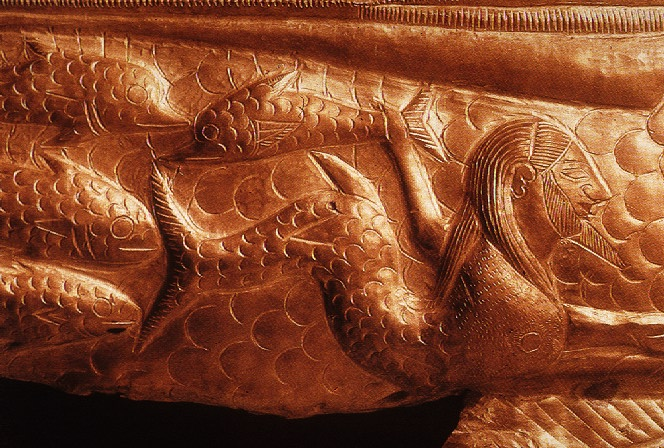 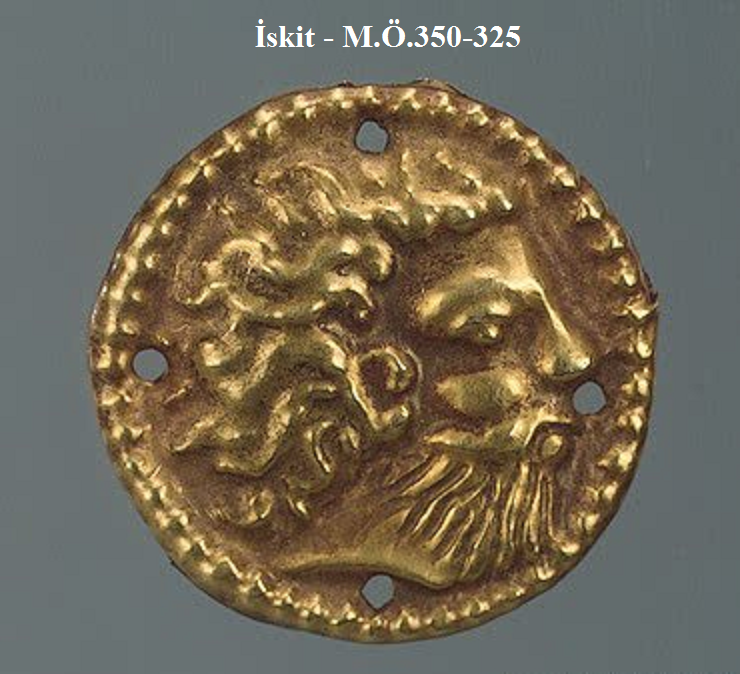 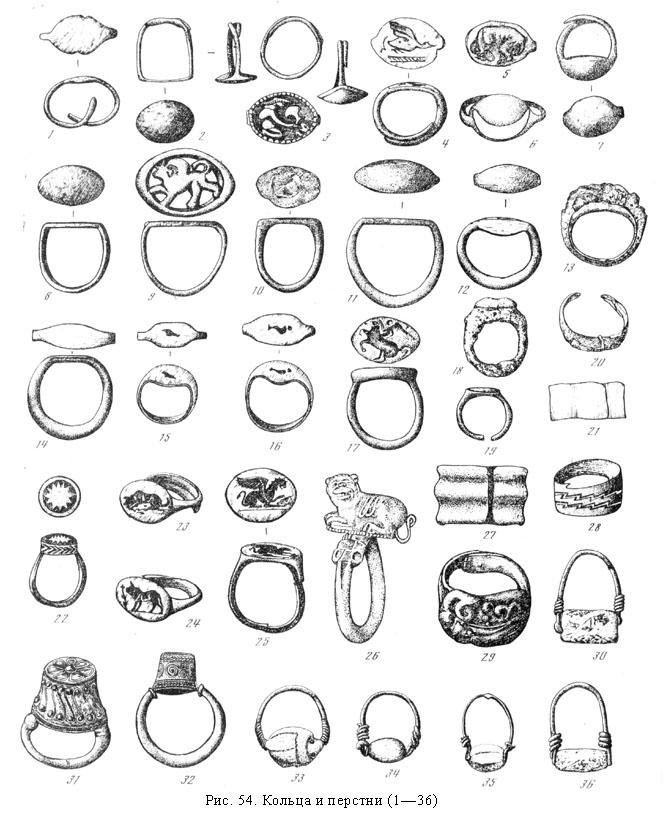 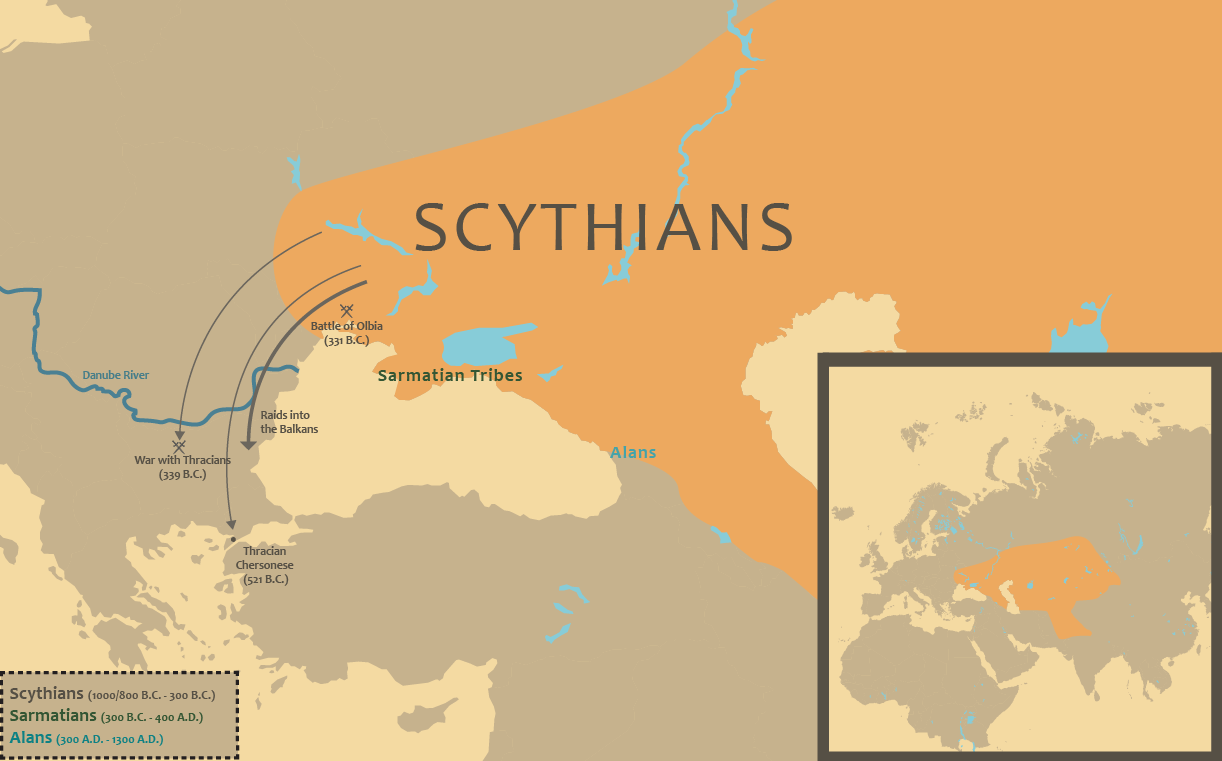 The Legacy of Scythians by Valentyn Stetsiuk

The second part of the book deals with the ethnic paternity of Scythians.  In book one of the "Research into Prehistoric Ethnogenetic Processes in East Europe" we found out that a Turkish tribe of Bulgar was settled on the area westward from the river Dnepr since III mill. BC. Ukrainian archeologists found here some artifacts of the earlier Scythian culture, which have its roots in native cultures of this region. While no native roots of the Scythian culture can be found in other regions of Ukraine. Therefore, assumption can be advanced that Scythian culture belonged to old Bulgarians, whose descendants are modern Chuvashs.

Comparison of Scythian onomasticon  the list of proper names) with modern Chuvash lexicon was performed in order to check this hypothesis. Onomasticon list is available in the Ukrainian text below. Out of 199 words of Scytian onomasticon have 130 Chuvash parallels. Some examples are the following:

Topics and personages of Scythian mythology also can be explained with the means of Chuvash language.

All these linguistic findings combined with archaeological artifacts allow to confirm that Scythian had Turkic origin and modern Chuvashs are Scytians descendants.

"Welcome to Chuvashia my respectable brothers .
This relatives visit makes us very happy.

Brothers, scientific research has clearly demonstrated , that the ancestors of Chuvash people is the Turks and they came here from Central Asia. Chuvash language takes place in Turkish language. The dialects which is distant to your language have common ancestors in language in fact.

Oghuz who lived in the Altai shaped the Chuvash language.

In 1000 BC these tribes were divided. A number of Oghuz tribe, had relationschip with the Indo-European language, the letter "R" and "L" exchange in time.

Over time this Oghuz tribes known as Ogur Turks.

Our ancestors takes place in the second group, that's why become Oghuz into Ogur. Ogurs are the progenitors of the Huns.

When Mete Han establish the Hun Empire (Mete Han, the founder of Xiongnu Empire, ruled from 209 BC to 174 BC), his army was of the same root, but it consisted of people who speaks different dialect. Mete Han chose the language of Ogur, which is close to the present Chuvash Turkish, to unite the army.

The westward migration of the Huns in the 5th c.AD, moved our language with them. We taught the peoples in this region this language, but we have received from them words and grammatical editing also.

In summary, we Chuvash people speak our common ancestor, language of the Huns. Chuvash language is the only living language of Ogur language. Close relatives languages which is Hun, proto Bulgarian and the Caspian languages are dead now.

You asked me, where did our relation came from, here is my answer. The language I speak even if you don't undertand , you can feel the spirit. Because I carry your father, ancestors voice from yesterday to today. And if you say your language is changed, our relationship shall be broken.

When you look ethnically, as the Asian roots of the Chuvash communities, has also close blood ties to the Finno-Ugric roots. Great Bulgarian Khanate, established in the north of the Black Sea in the 7th century, and the Khanate of the Volga Bulgars, our ancestors did that.

European Huns, Bulgarian Turks community came out with a result of mixing of Ogur (Oghuz Turks) and Sabir (Sabar / Suvar Turks) . We established, the biggest pieces of these states in the steppes, we are the one of the constituent parts.

In the period of the Volga Bulgars Khanate, Sabir (Sabar/Suvar Turks) peoples and the people living around the city, during the Mongolian invasion, went to north and came here and they maintained their culture. We moved to the present day the legacy of our ancestors, despite all adversities and have appeared on the scene as the Chuvash.

Volga Bulgars State language was a great effect to the Slavs, Hungarians, Mari and Udmurtia language. What I'm telling you is, you can not do research today without knowing Chuvash Culture, because many culture have effect in Russia and Eastern Europe with the basis of the Chuvash history and their ancient culture "

"The ancestors of Chuvash are Suvar/Sabir/Sabar, the ancestors of the Bulgarian tribes Ogur (Oghuz). These two tribes origin is Central Asian Turkish roots.

Some scientists says , the ancestors of the Chuvash arrived in the 10th c BC in this region , while others says they were with the Hun Confederation. In this case, the arrival on the Kipchak steppes (Kipchaks are an other Turkish root, also called as Cumans or Polovtsy in Russia) of the Chuvashs ancestors is late 5th c AD.

The historian researches explanation of the origin of Chuvash peoples , they are more closely to the Finno-Ugric native peoples, but some says the Huns. There are different opinions about their ancient history,but there is no problem about their chronology. And it is been accepted in scientific circles, that the Chuvash peoples are Turkish root, and close relationship with proto Bulgarians.

And they say that the name Chuvash is estimated from Suvar."