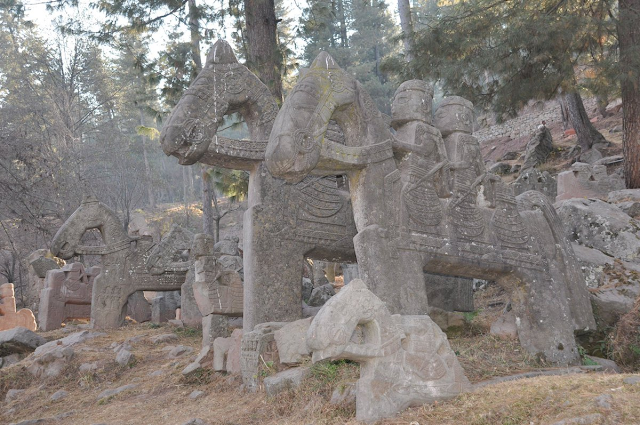 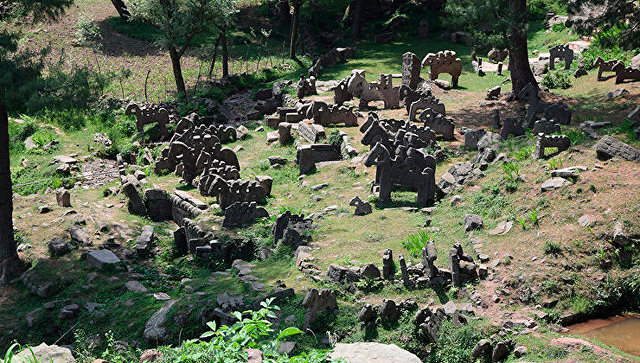 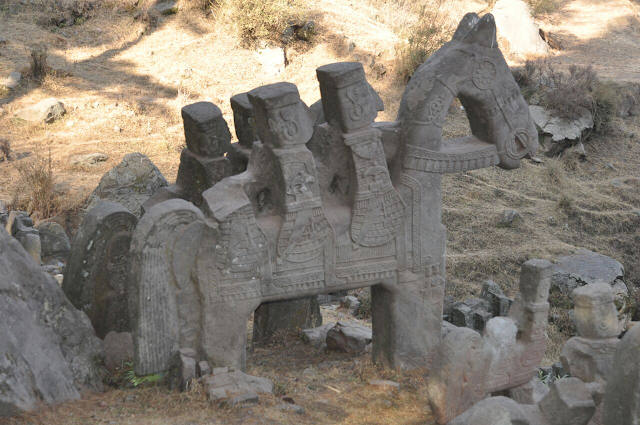 "Two ritual complexes were found here, it is far and high in the mountains, where it is not easy to get there. About 200 stone horsemen were found in the sanctuary, and their specificity is that sometimes not one person, but two, three or four people sit on a horse. It seems that everything has been known in India for a long time, but in fact, these things have been found for the first time.

But what kind of population is this is a big problem, because there was nothing like it in the iconography in India before, it's some kind of population that suddenly appeared in the Himalayas, settled in hard-to-reach areas and left such a trace,"

How can something be discovered when it is known to the local people? Or it was in the news in January 2017 in indiapress? And ask our scholars, they will tell you that these are Turkish Stone Horses; "Taşat", which belongs to the Kipchak Tribe: Delhi Turkish Sultanate: Balaban...or... Who was here in the Middle Ages? And did this Russian scientists never heard of the "Dashti-Kipchak Empire"?..  ;) 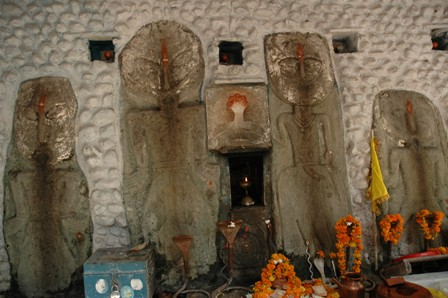 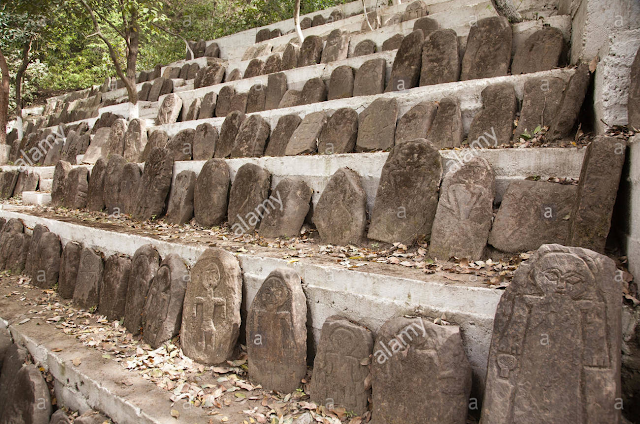 
Turks in İndia and Pakistan

... In India is “Mahabharata” manuscript, or “The Great Story of Descendants of Bharata” – the chronicle of ancient Hindustan. Some pages are dedicated to the Naga there.

Their native land, as it is seen from the legends, is to the north where are hidden teeming treasures and an iron cross. But another most interesting happened: after the arrival of the Türks the man “in a shirt” born in Altai by a serpent became known in Hindustan. The Indians gave him a name of Bhima. “Mahabharata” makes one think so – it says that a newcomer has “the wolf's belly”, i.e. that he is a man with wolfskin. If we keep the origin of that image in mind, such assertion doesn’t seem incredible; Altaic subjects are revealed in the text one after another. Even more so, because the Nagas formed a royal dynasty, which early in the I millennium left a real trace in the Northern India.

“Mahabharata” consists of eighteen books. According to Orientalists it is the most comprehensive history in the world that reflects the course of events in the I millennium BC. The legends that formed the basis of those rare books were formed two and half thousand years ago and even earlier, they are connected with the newcomers from the North, which is perhaps stated in each of one hundred thousand distichs of the text.

It describes a culture absolutely different from culture that had existed in the Hindustan before. Serious monographs and research of many generations of scientists are dedicated to it. Having thoroughly analyzed the ancient text, scientists determined that the epos was written about one and a half thousand years ago and not much has been changed in it since then.

But who were those newcomers – heroes of ancient legends? Where is their native land? And are there answers to these questions? A great variety of opinions exists – this is the beginning of politics! Some send them to Ural, others – to Tibet. But not to the Altai! That’s how The communal mentality of the western science is manifested in a strange way. As though treading invisible orders, it does not associate anything on the continent with the Türks. Like a taboo… Well, let it be so.

But… Researches, including those from the West, turned their attention to the fact that the ancient Indian eposes (“Mahabharata”, “Ramayana”) and Vedic literature often describe natural phenomena which the native Indians were not able to see. Even theoretically. For instance, staionary Pole Star and the Big Bear. An in addition – snow, ice and frosty nights lasting for months. A long day with a midnight sun, and the northern constellations which could be seen “high in the sky” only in the regions lying not further south than fifty fifth degree of northern latitude.

In India, the Big Bear is hidden beyond the horizon, it cannot be seen there.

Nevertheless, to it were dedicated poetical compositions… Isn't that strange? And who, apart from the natives of Ancient Altai that lies on those very latitudes, could see the northern sky? It cannot be seen from the peaks of Tibet. The “Uralic” version is even less feasible, it could only be suggested by people who have never visited the Polar Ural and know nothing of its nature and archeological details.

Those natural phenomena can be met only in the Altai! Alas, geography meddles with the history here, and it cannot be suppressed by censorship. Maybe that’s why the Earth is still round? It is nice that at least that remains unchanged.

In the epos of ancient India the “geographical discoveries” are everywhere. Take another example, perhaps the most important one, characterizing the native land of newcomers. Mount Meru. That’s not a mountain, that is a mountain chain stretching from East to West; the Meru is called Golden Mountain in the epos. That is the God's abode where “the souls of all creatures is located”. It turns out that there is a day in a year when the radiant sun, encircling Meru, returns to its bottom.

That is how the sun rotates. Thus appeared the pradaksina – the rite of circumambulating in a clockwise direction an image, relic, shrine or another sacred object.

The ceremony which showed respect to relics. Even the sun does it.

That sacred mountain is situated in the Altai – in Ondugai Region; it is called Sumer. That is the heart of Altai – the most sacred place for the Türks. It can be compared only with Kailas.

Sumer is the altar of Altai, where one shouldn’t shout, and hunting is not allowed. In summer there is a day when the sun rises from one side of the mountain and sets upon the other. That could never be invented. The same with the fact that the top of the mountain is covered with snow, and each snowflake is somebody's soul, its material state. It is dazzling in the sunshine, which is the explanation of the following line in Indian Vedas: “That wonderful mountain shone with flights of wondrous birds” – that’s how they used to talk about Meru, the eternal snowfield, the source of a sacred river, pure and the most transparent in the world.

Souls of sinners are cleansed here, in the furnace of ordeals.

“Su” means “water” in the Türkic; that explains the meaning of the name “Sumer”. The “Heavenly Ganges” of Indian Vedas has its source there – in the spring of the world spirituality… Later, two adjacent peaks made the Altaians speak of Uch-Sumer (Three Sumers) as of unity of the world. It is its a philosophy which is as hard to understand by an uninitiated as to cognize Time… What is Time, indeed? And the Altyn-Kel (Golden Lake) ([Russ.] Lake Telets or [Turk.] Milk Sea) was also known in India; they knew of its “life-giving water” and banks covered with groves and forests, glades redolent of flowers, and they also knew that in winter only half of the lake freezes over and even that not every year, although it is located “on the northern hillside of Mount Meru”. That’s right. Even the milky water during the winter is described in the Indian legend. That is frazil, acicular (needle-shaped) ice; it is as white as snow, and it covers the surface. One cannot walk on it… This is a natural phenomenon of Altai – no censorship can change it. The unique phenomenon is created by hot underground sources flowing into the lake.

● The “White Milk Lake” is also described in a Khakas legend where the same geographical coordinates connected with Sumer mountain are given. In the legend, it has “golden banks reminding of a horse's eyes”… “Mahabharata” is amazing because that it describes Altai from the point of view of an eyewitness, it describes it as a country of bliss, the sacred abode, it pays more attention not to nature, but to the people for whom the divine justice is frequent. It emphasizes the worship of Heavenly God!.. Such words can be written only about the native land that one had left; they come from the heart, not from the mind.

These are religious rites of “white men”, the “laws of connoisseurs and righteous men”, “marked with all good signs, shining like the moon”, they penetrate “eternal God”. That was Altai, that was the belief of its inhabitants. That was for real! The first book of “Mahabharata” should be really interesting for Turkologists, since it contains information of Nagas and their way of life. As a matter of fact, that is the ancient history of Altai, the history of the Türks which is absent in most other sources. The falk epos of India is a unique storage of memory. Legends inadvertently confirm not only the Great Migration of Nations, but also its consequences.

Indian scientists are absolutely sure that the Nagas are real historical tribes who came to the Hindustan's north. Twenty five centuries passed after their coming – a long time – and archeology confirmed the coming of the Nagas.

As a matter of fact, “Mahabharata” is not a collection of fairy tales; it is a historical book consisting of many legends – that was the cultural tradition of India, where scientists regard historical legends as reliable documents of the epoch. In contrast to Russia, ancient texts are sacred there; it didn’t even occur to anyone to correct or rewrite them… Can the past be changed? Certainly not.

The Indians don’t hide that they took “Prajnaparamita”, which has become the base of the Hindustan diversified culture, from the Türks. It has become a kind of Indian Bible or Koran. Itt is a primordial collection of wisdom. Only outstanding enlighteners – people with crystal souls – were allowed to read it, since not every man of mould could perceive high thoughts and sooths contained in it.... 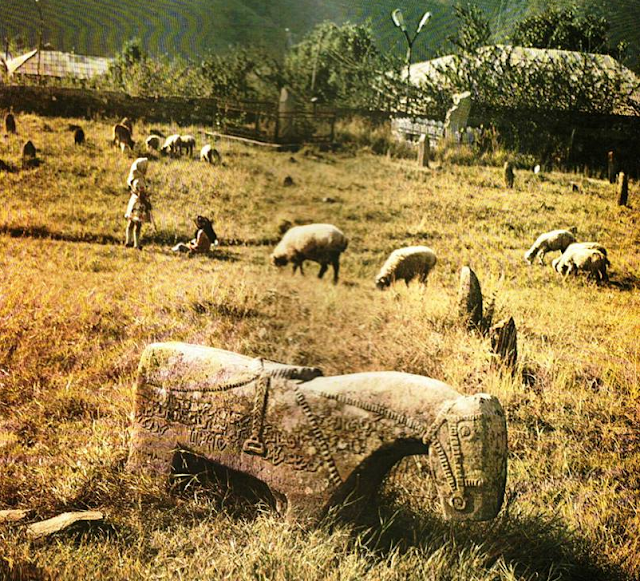 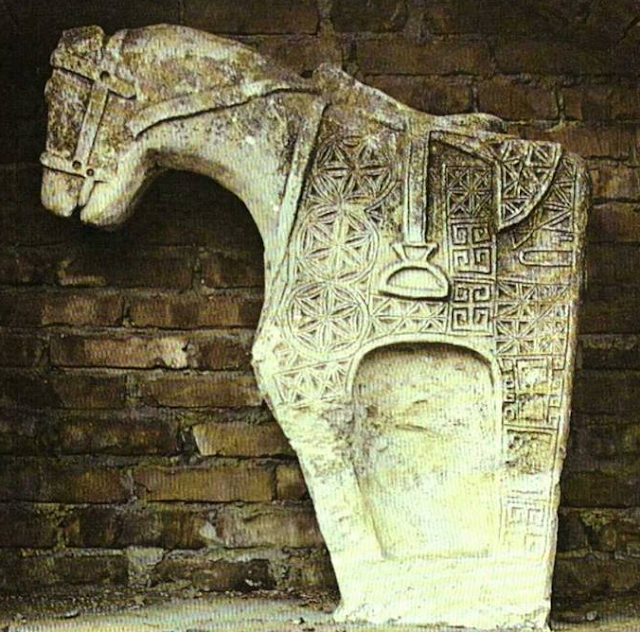 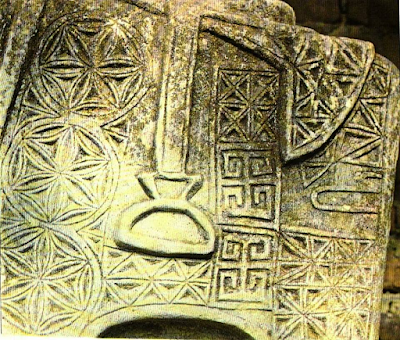 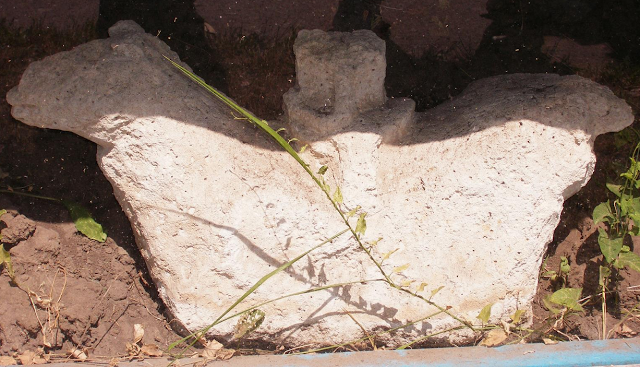