Who Were the Ancient Inhabitants of Asia Minor? 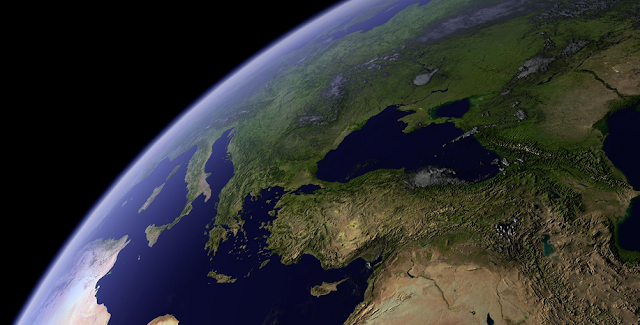 Who Were the Ancient Inhabitants of Asia Minor?


Scientific works are proving that in the 4th-3rd millenniums BC, Türkic tribes bearing different names resided in Asia Minor.


In his monumental research work the famous Turkologist M.Z. Zakiev gives a detailed description of the ancient areas of the Türks, mentioning the names of ethnic groups populating the areas, and explaining their names with the help of the Türkic language. As the most ancient region inhabited by Türks the scientist names the region of the West Asia, with a part of Asia Minor and Caucasus. He points out that examining Sumerian, Akkadian, Assyrian and Urartu sources allowed to show the ancient history of West Asia in a new way.


The existence of the Türkic-speaking areas of West Asia and Asia Minor is also proved by the geographical objects bearing Türkic proper names that were common names in ancient times.


M. Z. Zakiev reflects on the roots of the Sumerians, the people famous all over the world as inventors of writing, creators of first civilization, etc.


In the Akkadian sources the region south of modern Bagdad was called Kienkir (Kangar), it was populated by Sumerians. The Sumerian people didn't call themselves “Sumerians”, but “Kangars”. “Kangar” is a Türkic ethnonym. The Kangars could live there before the arrival of the Sumerians, or the Sumerians could be the Kangars themselves. If the Sumerians were Türks in 4th millennium BC they were undergoing assimilation by the Semitic-speaking Akkadians. In that case, the Türkic words of their language are not derivations, but a Türkic substratum, i.e. the remains of the Türkic language, native speakers of which switched to the Akkadian speech (Zakiev/Закиев, 2002).


The great number of the Türkic tribes living in Asia Minor in 4th-3rd millenniums BC, the Türkic toponyms and hydronyms preserved in this area, and references to the ancient non-Semitic inhabitants of this region in the Bible allow to reckon that the original language of the earliest inhabitants in this area could be entirely Türkic.


From historical sources we know that at the beginning of the Common Era peoples in Europe were polyethnic. Scientists affirm that among Cimmerians, Scythians, and Sarmatians had more Türkic tribes than the tribes of any other ethnic background living in Europe today (Zakiev/Закиев, 2002).


The aim of this chapter is to point to the endless list of the Türkic toponyms we find not only in Europe, but all over the world. This indicates that apparently at some time the humanity didn't speak any other language but Türkic.

Galina Shuke
Were the Latvians Türks? - 2010 to read more: