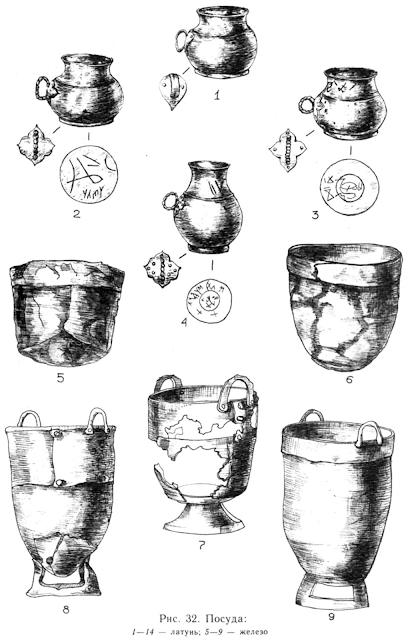 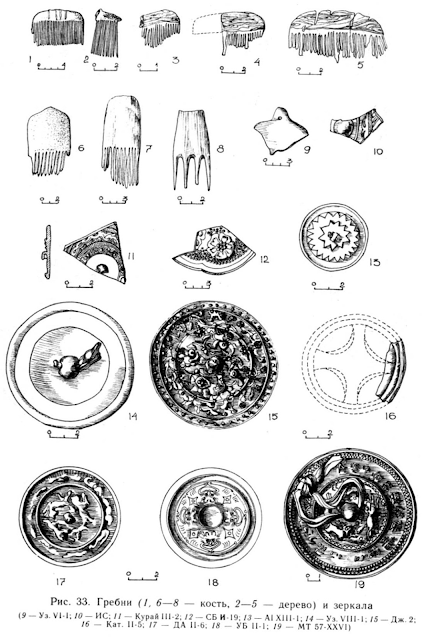 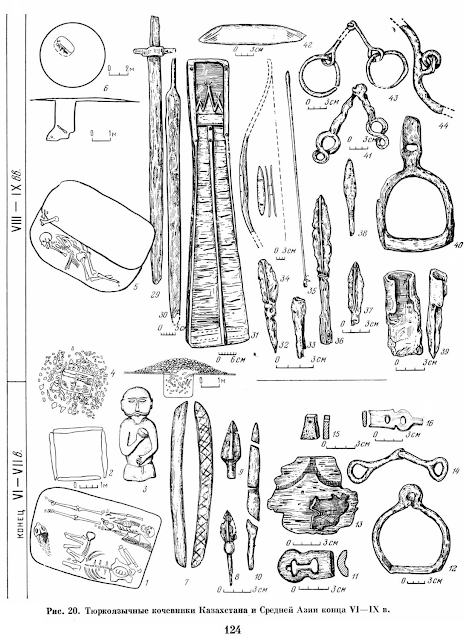 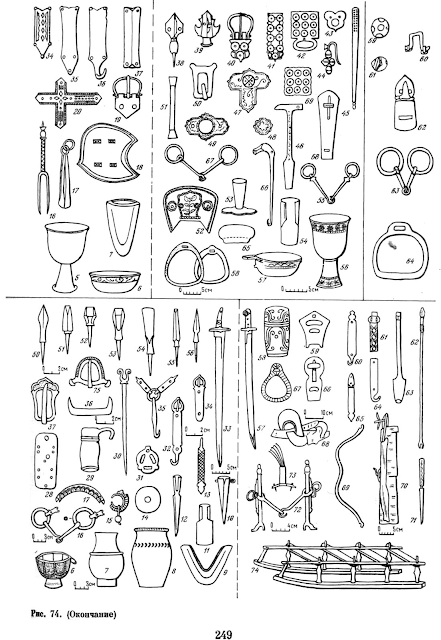 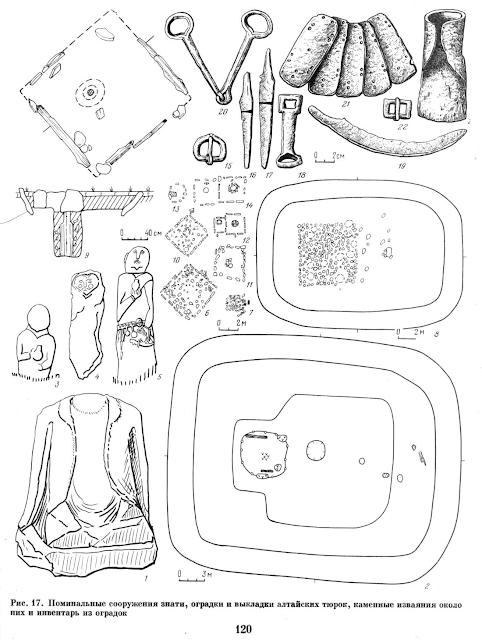 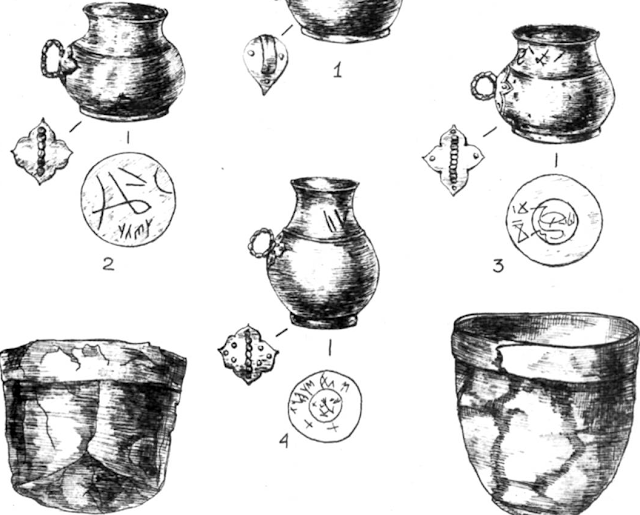 Multifunction tools, household items and appliances.
For the ancient Turks Sayano-Altai peculiar preservation and further development of local traditions, as well as the invention of new techniques in the development of production tools, utensils and other household items. Made of metal, wood, bone, leather, clay and other raw materials. Set things in Turks tugyu very diverse. (google translate from Russia) 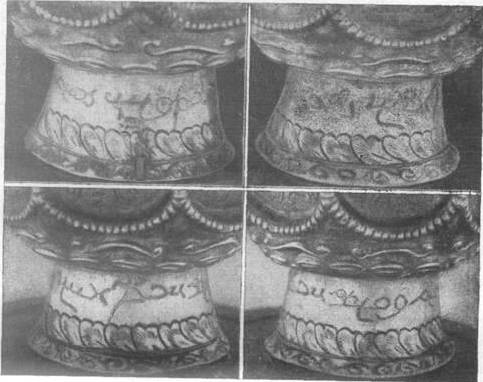 Monuments Uighur culture in the Altai should, apparently, be considered monuments of the so-called Srostki culture named after a burial ground Srostki I in the foothills of the Altai. Earlier this culture were noted only Kyrgyz influence, since its appearance in the Altai long time belonged to the IX. Only after the dating of early graves Srostki end of the VIII century. based on the relative chronology of the coins and the opportunity to link the emergence of a new culture in the Altai region with access to the historic arena Uighurs (745-840 gg.). It was found that in the Altai foothills at that time there was some newly arrived tribe srostkintsev characterized by anthropological type and burial rites, spreading their culture and in the Altai Mountains in the population with the same anthropological type and the same rite of burial. In addition, srostkintsev foothills of a new type of belt completely decorated with hanging straps, belts as depicted in the paintings of Turfan in Indikutshari, including on the above picture with the image cut-cups. These direct data communication srostkintsev foothills of the Uighurs was listed as a reflection of Uighur influences. (google translate from Russia)

Gavrilova
Shining bowl with the Yenisei
(The issue of Uighur monuments in the Sayano-Altai)
// Bronze and Iron Age in Siberia.
/ Materials on the history of Siberia. Ancient Siberia. Vol. 4. Novosibirsk, 1974, pp 177-183. 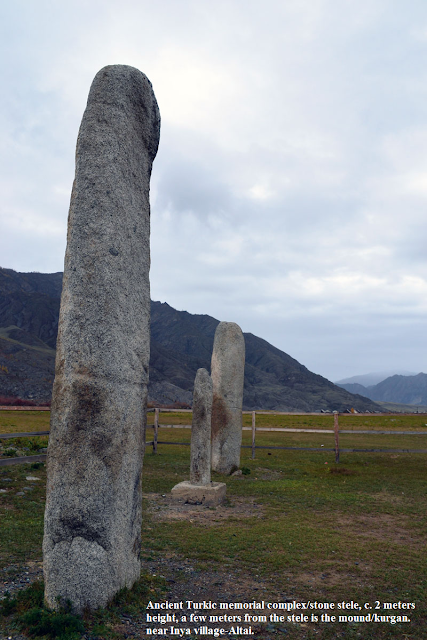 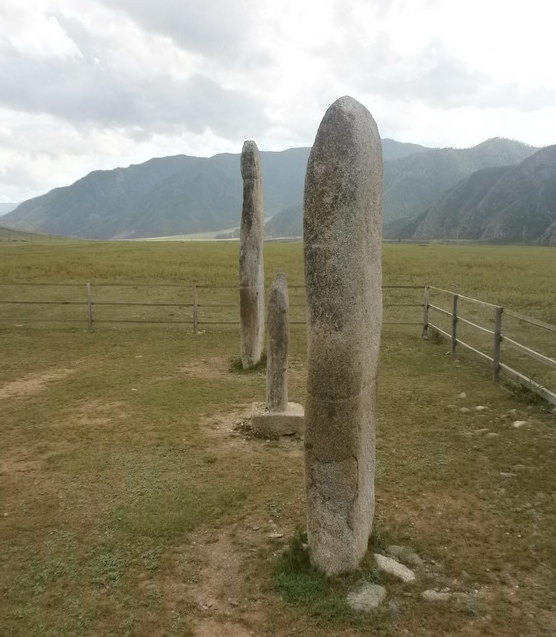 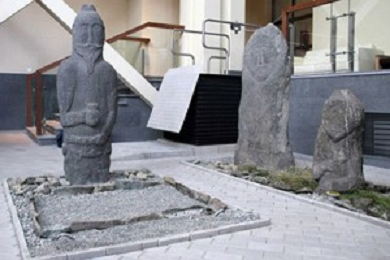 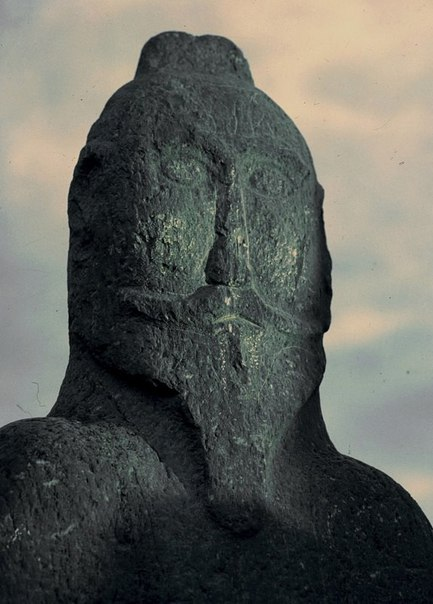