the Hellens called them Celt, while the Romans called Galatians, lived in France, Central Europe and İberia peninsula, which was also once a land of the proto Turkish tribes.

For example, Tartaros, Tarrakon, Turdetan, Turdul, Cordoba and Asta in Spain, is only to explain in Turkish language. Tar / Tur is the root word for Turk and Tarrakon is nothing but Tarkan in Turkish, some scholars says that Tarrakon means "Land of the Turks" because kon means perch (Tarkandemos with Hittites and also to see in Etruscan civilization).

Or the Basques, they speak non-indo-european language, because their language is earlier Turkish, Turkish people in the Caucausia can understand them. Even with blood, the gene project show us that R is the Turkish genom, and had two sons R1a and R1b, and today's Europe have %51 Turkish roots.

Galatians (one of the Celtic tribes) came in the 3th c BC, over the Balkans and Macedonia to Anatolia, and settled in these lands were the Phrygians lived before (which they say, that the Phyrgians are a tribe of Scythians; Gordium is to explain with Gordugum-Kördüğüm in Turkish, blind knotted; Midas as Muşki Mita (Muşki is Kashka in Hittite inscriptions / Kaşka Scythian Turkish tribe) and god Sabasioz as Sabar / Sibir / Savar / Suvar Turks).

They had never interaction with the Hittites or their culture, by the time when the Celts invated the land the Hittites was gone. The earliest civilizations in Anatolia before and after the Hittites are to explain with linguistic and archeaological excavations as proto Turks. Pelasgians ,Trojans (Turuva-Tur+ova), Hattians (actually who built Hattuşa, later invated by the Hittites (their real name is Nesli)) are Turkish tribes. On the otherhand, they had interaction with earlier Turkish civilizations in İberia peninsula and Scythians in Europe. That's why they have some Turkish words in their language.(Scythian language was Turkish)

We have to remember that in 3000 BC, there was a civilization in the Middle East as Turukku, the scholars who did found that in Assyrian tablets, never mention it, because it is a Turkish civilization. Scholars, all over the world, did know and write that "tur and tar" belong to the Turkish nation. Thus, we can say with complacency, that the Turks never came for the first time in the 11th c AD from Central Asia to Anatolia, No, Anatolia was always a home for us.

That's why we say : " The Turks stopped the crusades and especially when the Ottomans "invaded" ((is the look of one way, because there was also many Turkish tribes in Europe before their time, like the Huns, Avars, Pechenegs, Cumans, Kipchaks, Bulgarians, Khazars)) Europe, the Turks was the enemy and became a hostility behavior, and the history was deliberately hidden!" They changed everything, the Turks didn't even exists for these "scholars!". But, kurgan culture, domestication of the horses, saddle, yogurt, mythological stories, culture, military system, alphabet, writing system, language and more...was invented by the proto Turks. 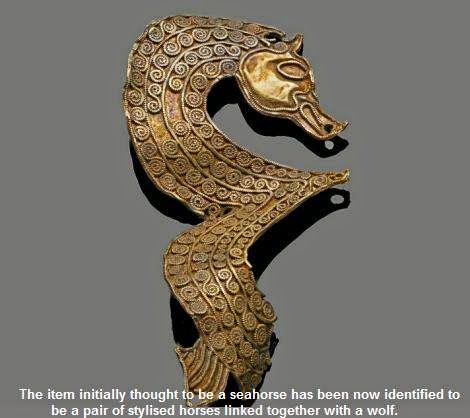 History of R1b Haplogroup from Central Asia to Europe,
Anatole A. Klyosov.

In fact, those similarities do exist, albeit in a rather weak form because thousand of years passed since then. Still now most of R1b1a2 haplotypes in the Caucasus (in Armenia, Dagestan, Georgia) belong to the ancient L23 subclade (with common ancestor in the Caucasus of around 6,000 ybp), and have a characteristic DYS393=12 allele, unlike DYS393=13 in most of European R1b1b2 haplotypes.

From the Caucasus, R1b1a2-L23 and R1b1a2-M269 bearers went South over the mountains, to Anatolia (a common ancestor of 6,000 ybp), and then split into three major routes. One went further South, to Tigris and Euphrates Rivers, and became the Sumers. Many present-day Assyrians, descendants of ancient Sumers, still have their R1b1a2 haplotypes. Another went westward, across Asia Minor, and came to Europe, to the Balkans and Mediterranean Sea region around 4500 ybp. The third group went across Northern Africa and Egypt (and incidentally, might have left some R1b1b2 Pharaohs there) to the Atlantic and went across Gibraltar to the Iberian Peninsula around 4800 ybp. They became the Bell Beakers, and moved up North into the continental Europe. The Bell Beaker culture in Europe had lasted between about 4400 and 3800 ybp.

Apparently, the R1b1a2 bearers came to the Pyrenees as mainly L51/M412 and/or L11/L151/P310 subclades, and soon split there into U106 and P312 downstream subclades, which went to the continental Europe as said Bell Beakers with downstream subclades such as U198, U152, L2, L20, L4, L21, M222, L226 SRY2627, etc. They left the Basques behind, who still maintain the ancient R1b language, similar in kind with some Caucasian languages and with the Sumer language, and with some elements of Proto-Turkic languages ascending back to Asia and further to Siberia.

Until the beginning of the 1st millennium BC, the R1b1a2 language in Europe was predominantly (or only) non-Indo-European (non-IE). There is not a single solid evidence of otherwise, that R1b1a2 in Europe spoke an IE language before the 1st millennium BC. For instance, linguists place the Celtic language and “Proto-Celtic” language not earlier than 800-900 BC, and all more earlier placements are typically groundless.”


"And in Türkic, it means “Arrivals, Newcomers” and the like, obvious exonym given by
Türkic populace to the new arrivals.
They are "Türkic-lingual": kelt - is an abbreviated form of the (Türkic) word keldi
, even in the modern Kazakh language we say kelt instead of keldi"


The Celtic ethnonyms are amazing. They are "Türkic-lingual": kelt - is an abbreviated form of the (Türkic) word keldi (even in the modern Kazakh language we say kelt instead of keldi), i.e. appeared, came, wondered over (OTD keldügi arrival, p. 296). That is a most precise definition of the historical destiny of this great nation!

Some parts of this mysterious ethnicity were forced to migrate to the islands of the Foggy Albion, the territory of the modern Great Britain. Not a small part of them remained on the continent. They became known as Gauls, Galatians (Kalds, Kalads). Again, that word is read only in Türkic: gald (kald, kaldi, kaladi) is stayed behind, left behind, would remain, remaining, settled down, settled in. Here again we have a name matching the destiny, history. It is this part of the Celts that remained in what is now northern Italy, France, Spain, Portugal and some parts of Germany. For example, the very same "Spanish" Basques are the descendants of the same Gauls. Again, the word bask (baska) is translated from the Türkic as "foreign", "alien", "aliens".


So far, not all migrations had been detected and identified, and some archeological cultures appear to be misidentified; the Celtic presence in Europe is dated from as far as 8000 ybp to 2900-2800 ybp. Right there falls the archeological Tumulus Culture, distinguished by the practice of burying dead in kurgan (tumuli) cemeteries; its distinction points to the migration of the Kurgan Culture people ca. 3600 to 3200 ybp. Those nomadic migrants may had created the image of the Celts that is now extended to a larger body of peoples from separate migration waves. The people kindred to the prior migrants who reached Central Europe likely came from numerous directions and at various times, and may have recognized their kinship only in a fraction of encounters, being separated by wide timespans, incompatible routes, and linguistic changes. The very name Celt is a conditional name, fairly recently attributed to a specific families of peoples. Perspectives of this work are huge, they involve genetics and biology at large, archeology, linguistics, history, art, culture, and technology.

Besides the findings of the DNA-genealogy and numerous ethnological parallels with the modern descendents of the Central Asian nomads, two traits attract attention. The Celts are known for their light-hair, a rare trait in the history of humanity. That genetic trait belongs to two easily discriminated populations, the “northern Eurasians” i.e. the Finns of the Y-DNA haplogroup NO-type with a unique mutation, and Papuans/Melanesians of the Y-DNA haplogroup D with a unique ASPM mutation; it is transmitted to the future generations in the directional and restricted genetic exchange, the presence of fair hair and light eyes requires quite specific ancestors.

Apparently, the genes for the light hair and eyes accumulated among the northern Türkic people who coexisted and admixed with Fennic people, along the lines described by T. Chikisheva Anthropology of SW Siberians. The second curious trait is the specific textile shared by the Celtic people with the ancient Tarim population (currently mislabeled “Tocharian”). The Caucasoid remains found in the Altai royal kurgans and in the Tarim basin were all found to be consistent with the modern Uigur or South Siberian Türkic population, and annalistic records depict the Türkic tribes of Tele, Dinlins, Usuns, Saklans, and Kirgiz as fair hair and light eyed. With the Saklans, Saka, and Scythians, the Scots share the anlaut S'k, possibly with the Türkic plural affix “ty”.

"and history is written not by scholars, but by partisans impersonating scholars.!" 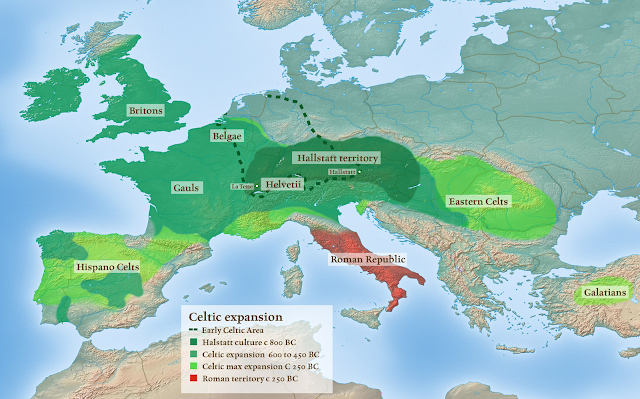 like the Celt story of Arthur and Excalibur from the 6th c AD. Which was the Story of the Scythians , Alans (As Turks) and Sarmatians (Scythians and Amazons sons/daughters) They Worshipped the Sword God, and Excalibur name comes from Xalub, a Scythian Tribe in North Black Sea region....


Celtic and Türkic , Barry Cunliffe - link
Celticization from the West: The Contribution of Archaeology


It is obvious, first, that all these forms are allophones, and second, that they are allophones of the endonym, picked up and repeated over and over by alien speakers - Latins, Greeks, and who knows who else. The suggestion that the name is a moniker given by aliens, like Latins, does not hold the water. In Türkic, it means “Arrivals, Newcomers” and the like, obvious exonym given by Türkic populace to the new arrivals.