KIBRIS TARİHİ - THE HISTORY OF CYPRUS - 3 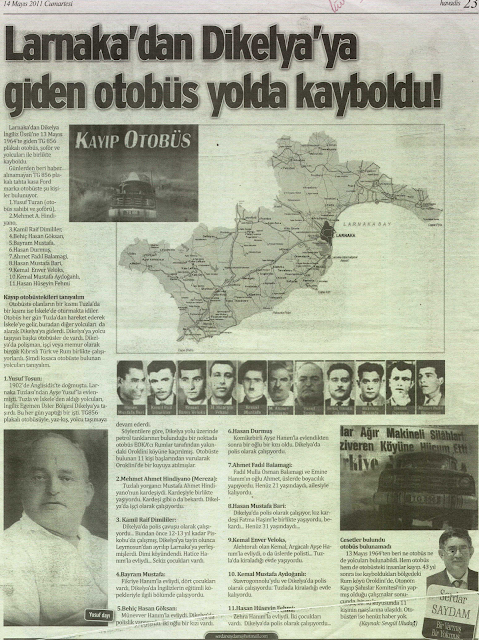 FROM THE EYES OF THE JOURNALIST IN CYPRUS


January 1964, an Italian journalist in Cyprus made the following observations:

"Right now, we are witnessing the migration of Turks from their villages. The Greek cypriot Terror is ruthless; thousands of people are leaving their houses, lands and flocks. The Hellenistic claims and Plateau can not conceal these savage and barbarous behaviors. Curfew starts in Turkish villages everyday at 16:00 p.m. As soon as darkness falls, threats, weapon sounds and attempts of arson begin. Any resistance seems impossible after the Christmas slaughter which spared neither women nor kids ."

Time Journalist Robert Ball wrote the following about the incidents in Ayios Sozomenos village of Nicosia:

"The most severe clash took place at the western side of the village on which Greek cypriots had attacked by taking advantage of the dense round olive trees. The window of an adobe house which sheltered 9 Turks was blown up with a bazooka shell and its second floor was riddled because of bullet holes.

A Turkish shepherd who desperately raced to the river bed to escape was shot a few steps away from the door. Another tried to attack the Greeks pointlessly with a pitchfork in his hand and was killed immediately".

"After Cyprus was occupied, hundreds of Cypriot Turks were taken hostage by National Guardsmen, Turkish women were raped, kids were killed on the streets and Turkish quarters in Limasol were totally burned down".

"Human mind can not comprehend the barbarism of Greeks... Greek National Guardsmen represented extraordinary examples of brutality. They broke into Turkish houses; they ruthlessly shot women and children; cut the throats of many Turks and gathered and raped Turkish women... "

"Greek cypriots behaved barbarously in the 20th Century and exercised massacres. They not only slaughtered Turks in a bloodthirsty manner but also buried them half alive. Many corpses in this mass grave unfolds the Greek brutality to the people of the world. The corpses disentombed out of the mass graves were evident of how vile Greeks were and the feudal laws that had been applied by them for years..." 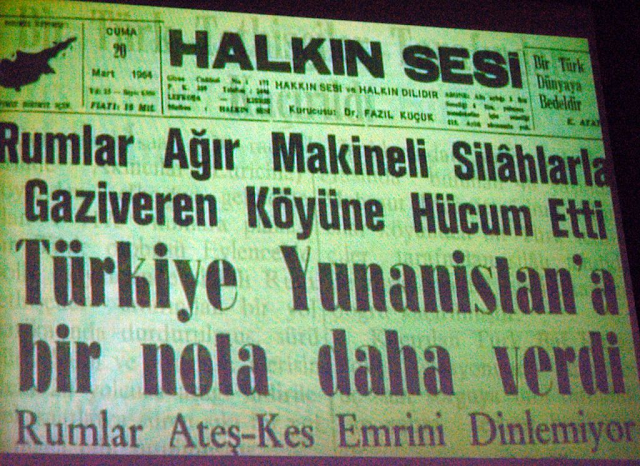 THE HISTORY CANNOT BE WRITING ON ONE WAY
IF YOU CAN NOT HANDLE THE TRUTH,
DON'T SPEAK ! 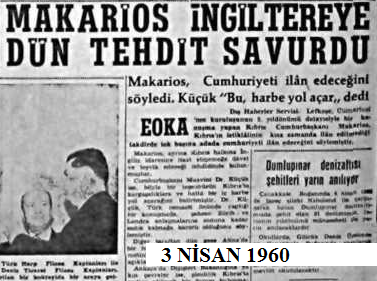