As far back as once can reach into historical memory, the European continent already contained several ethnically homogeneous territories. The westernmost was Gaul (Latin:Gallia), or Celica. To the east, as far as the Vistula River, extended Germania. Eastwards from the Vistula as far as the Ural Mountains lay the territory called by some ancient writers Scythia, by others Sarmatia, while yet others refer to part of it as Scythia and part as Sarmatia, Britain, Scandinavia and the Sub-Apennine peninsula were separate entities with distinct ethnicities, as was the İberian peninsula south of the Pyrenees. The vast expanse of Scythia-Sarmatia was, moreover from the very beginning itself divided into an assortment of substantial territories. An ethnic territory owes its name to the ethnonym of the dominant people or tribe living there. The lands in question, however, were occupied by a large number of different tribes and peoples all possessing their own ethnic names.


All ancient and most early mediacval, written sources concerned with European history exist in one of two languages: Ancient Greek or Latin. Neither was mush in use in ancient times for vernacular purposes on the European land mass, and after Late Antiquity they effectively fell into complete desuetude.


According to relevant historical written records compiled in the period between Antiquity and the Early Mediaeval period, there were more than 2.500 names of tribes and peoples on the European land mass. None of these names are derived from Ancient Greek or Latin, but from some other Europan language.


Yet, ethnonyms being themselves words that reflect the name of a defined community of people, it follows that they must have been integral to the lexicons of those languages spoken by European peoples at the time. To judge, however, from the great number of ethnonyms and other terms cited in the ancient sources, these languages differed fundamentally from those by European populations today. This naturally gives rise to certain questions: what were these languages? Who spoke them? What is the relationship of their speakers to today's European peoples? In what way and for what reasons did their languages change to those we hear today?


The earliest Europan ethnonym to be found in the pages of ancient written sources is that of the Cimmerians. Semantic and etymological analysis of this word shows it to have been typical Turkic tribal nomenclature. Ancient sources provide detailed information that the Cimmerians belonged to the Scythian people, who were later called the Huns. Generally speaking the Ancient Greeks bestowed the appellation "Scyth" on all those European tribes whose religious orientation to judge from the semantic implications of the word, centred of fire worship. The name the peoples themselves used to describe their race was, however "AS".


Modern opion holds that the Scythians inhabited a vast territory stretching from the Urals to the Vistula. Other names for them were the Sarmatians or the Savromatians. Analysis of their tribal ethnic names shows that they were all Turkic-speaking, indeed the works of numeerous contemporary scholars and specialist demonstrade convincingly that the Scythians were a Turkic people and this is directly confirmed by the documentary evidence in Western European written records from the Middle Ages.


Moreover, the Scythians were anthropologically speaking predominantly of the Europid type. The primevall habitat of the Scythian tribes in Europe, including Huns, Avars, Bulgars and other, was the Middle Volga Region and the Kama River Basin, where they appeared probably no later than the third millenium BC. Some of these tribes subsequently settled in the wide expanse of land between the Volga and the Don, an area they began to call Asia.


At some point, evidently around the end of the third millenium BC, tribes from the Middle Volga Region migreated to Central, Southern and Northern Europe, passing as they went through the Upper Volga and the lands surrounding the Baltic Sea. In all probability these tribes were the progenitors and guardians of the so-called Battle-Axe Culture. At a later date these Turkic-speaking peoples from the Middle Volga and Kama Basin Regions began also to migrate, via the Sea of Azov and Black Sea regions, to Southern, Central and Northern Europe. In this way, since earliest antiquity the dominant peoples of Europe stemmed from Turkic-Speaking tribes.


Taking all factors into consideration, it seems likely that the greater part of the European territory into which the Turkic-speaking peoples migrated would have been inhabited by aborginal populations speaking autochthonous languages which were inflected. Clues, albeit extremely rare and meagre, that these lands were indeed inhabited by such tribes and peoples are occasionally to be found in the written records of ancient writers. The theory that the languages spoken by such folk would have been inflected, or fusional, rests on the following propositions.


As has already been point out, the only written sources to have been discovered in europe dating back to antiquity are in Greek and Latin even though, based on ethnonyms, onomastic and other linguistic studies a significant proportion of the population at this time must have been Turkic-speaking. But from the 10th to 12th centuries AD onwards written sources start to appear in a variety of inflected tongues which form the basis for all languages spoken throughout Europe today. To be precise, no traces have come down to us today of any inflected language before the 10th to 12th centuries.


Moreover, at a slightly earlier time than this, sources in Ancient Greek disappear from the record followed after a short while by Latin. Later still Turkic onomastics and terms vanish from the Latin sources: all that remains are some Turkic ethnonyms surviving in corrupted froms in the now-proliferating fusional languages. To judge from written sources and archeological findings no significant waves of foreign-language-speaking populations penetrating into Europe occured at this time. All these considerations give rise to the presumption that on the eve of the 10th -12th centuries AD the Turkic-speaking population of Europe changed from speaking Turkic to inflected tongues.


And this may mean that although inflected languages had already been spoken there, or to be accurate the people whose languages these were had been living there since remote antiquity, for some reason the Greco-Latin sources make no mention of them. One reason for this may have been their social status. They were most probably indigenous populations whom the incoming Turkic-speaking tribes migration to their territory subjugated as they invaded, condemning them to a discenfranchised, historically inert position in the very lowest stratum of society, dismissed as the common folk, savages with whom the incoming Turkic-speaking population would have little or no contact. But at a particular moment in history one may speculate under the influence of powerful external factors, the Turkic-speaking section of the population that had held sway over Europe for centuries found itself obliged to adopt the inflected language of the indigenous peoples it had for so long subjugated. Possibly the underlying causes of this development are to be found in religion: from the end of the 4th century a schism ran right through Christendom.


The Catholic Church was in the ascendancy throughout the Roman Empire, whereas the populations of the remaining areas of Western and Central Europe, inhabited mainly by Turkic-speaking peoples of Scythian origin, clung to Arianism. Preached usually in the Turkic language, this was a theology universally proscribed as heretical, and heretics were savagely persecuted and repressed. Inasmuch as the Turkic language was associated with Arianism, those whose tongue it was could well have shifted to that of the indigenous common people for fear of the repression imposed by the all-powerful Catholic Church. This, then, could have been the principal reason why those sections of the European population speaking Turkic abandoned it in favour of inflected languages. The Church's chief instrument of repression in this process was the Inquisition, which as no doubt instituted expressly for the purpose.


In Eastern Europe the ethnic parameters developed rather differently. In the Middle Volga and Kama Basin Regions, as well as the area lying between the Volga and Oka Rivers and North-Eastern Pribaltika, the longest-established populations were probably Finnic-speaking tribes. At some far-off period of time Turkic-speaking peoples migrated into these areas, where although they lived side-by-side with the indigenous populations they did not mix racially. The indigenous tribes living in the northern parts of the Eastern Baltic Region, however, form an exception to this pattern as they were quick to assimilate their Turkic-speaking migrants.


It is diffucult to speak with any certainty about the ethnic origins of the ancient populations of the Middle and Upper Dnieper regions. Somewhere around the 5th century AD Slavic tribes migrated to Eastern Europe. These were Southern Slavs who had come originally from Dalmatia, thence passing through Bohemia, Poland, Northern Bielorussia to settle in the Volga-Klyazma River region.


Another group of Slavic tribes from the Middle Danube region made its way, probably at a later date, to settle in Central Europe in the regions of the Middle Dnieper and the Oka Basin. Some of the Rus' Turkic-speaking tribes originally from the Middle Volga and Kama Basin regions, in joinning the general migratory wave, took the northern route to end up in Eastern Pribaltika while still others came to the Erastern shores of Rus' origin penetrated as far as Lake İlmen and the dispersed to the Middle Dnieper, exercising control and influence over the resident Slavic tribes.


By the 11th century they had moved as far as the Volga-Oka region. Written records from this area mention the presence there of the MOSK people who were to establish the powerful mediaeval state known as "Moskovia". Such is, therefore the likely ethnic background against which the ethnogenesis and subsequent history of the entire European community of peoples took place.


Nevertheless, the significant scope of the information gleaned from study of ethnic names and other terms offers a basis for the proposition that a considerable elapse of time in the ancient history of Europe was a Turkic-speaking period, that is to say a time when the predominant element of the population of Europe in antiquity spoke a form of the Turkic language.


The purpose of a previous publication "The Turkic ethnicon analysis of Old European nations" was to demonstrate on the basis of the earliest historical sources the ethnic origins and relationschip of the primeval tribes and people of the Europe of antiquity; to decipher their ethnonyms, and to form an understanding of why it came about that these ancient denizens of our common land spoke in languages so fundamentally different from ours today. The results of this preliminary research were set out in that book. The project now proposed is a corrected amplified and partly revised second edition. The corrections stem from supplementary researches consisting, in the main, of further semantic analysis of a range of ethnonyms and terms. Additional material and partial revisions have been generated by the attempt to consider yet again a series of questions concerning the ethnogenesis of European peoples, taking into account their various ethnic roots and inter-European migratory processes. This work has necessitated a more precise title for this second edition.


For their work in the preparation of this book for the press the author wished to express his deep appreciation to G.Zavrorodnyaya, A.Zavogorodny, A.Phillips and G.Shuke.

Yu.N.Drozdov
Turkic-Speaking Period of Europe History
(The book is in Russian Language, but, there is a part in English: chapter 1:6 Huns , and chapter 14 on Christianty) 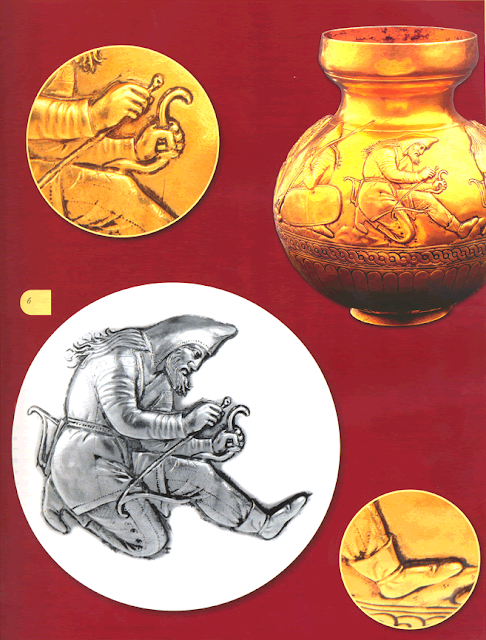 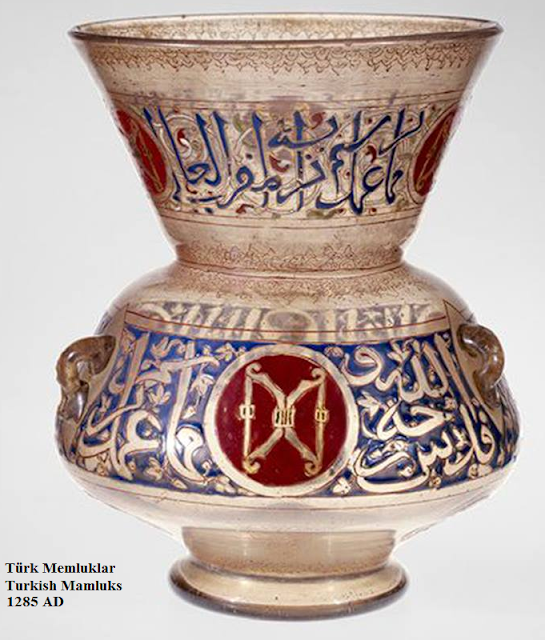 * Mosk people are Tree People; in Turkish Moşk-Muşki-Meşe, just like Agathirzi in ancient records, i.e. Ağaçeri Turks, one of the Scythian tribe, was also living in Turkey in the East of Black Sea Region in BC times.

Even the geographic name "Siberia" comes from "Sibir Turks"...