... The Armenians found it hard to reconcile themselves to the final loss of their historic home, even though they had long been in a minority there. After the Second World War nationalists in the Armenian diaspora demanded that Turkey should recognize the elimination of their people from Anatolia as an act of genocide (*). To bring their demand to the attention of the world, violent Armenian nationalists launched a campaign of assassination against Turkish diplomats. It failed in its purpose, and Armenian nationalists concentraded their efforts on securing from various national parliaments resolutions recognizing the genocide of their people.


When the small Armenian repbulic in Transcaucasia gained its independence with the collapse of the Soviet Union in 1990, it seconded the efforts of the diaspora. At the same time it fought and defeated its larger eastern neighbour. Azerbaihan, and occupied a fitfh of its territory, causing the flight of up to a million Azeris (**) . Armenia does not pose a threat to Turkey. There are too few Armenians to people the lands taken from Azerbaijan, let alone ancient Armenia in Turkey. But as long as Armenia does not renounce its territorial claims and does not make peace with Azerbaijan, Turkey will not engage in full diplomatic and trade relations with it. As for the genocide campaign, Turkey holds that cliams and counter-claims should be examined by historians and not by politicians. In any case, Turks and other Muslims have also been expelled from lands where they used to live and have been killed in their hundreds of thousands. The dispute drags on ...


... The story is told of a German Jewish professor who was so happy with the reception he was given in Turkey, where he had sought refuge from Nazi persecution (***), that he decided to apply for Turkish nationality. The hosts were flattered and the professor was given a Turkish passport. But his gratitude was strained when he received his next salary slip and sicovered that his pay had been halved. he remonstrated with the university authorities, who explained that expatriates were paid twice as much as Turks and that now that he had become a Turkish national he would be subject to the local scale. İt may have been easy in his case to acquire a Turkish passport, the university official concluded, but it was not easy to be a Turk.


Zeki Kuneralp, one of Turkey's most succesful and best-loved diplomats who served two terms as ambassador in London, ends his memoirs with these words. "Yes" he writes, "it is no easy thing to be a Turk, but is not the privilege of being one all the greater for that?". Kuneralp ended his diplomatic career in 1979 when he retired from the Turkish embassy in Madrid, where his wife and brother-in-law were murdered by Armenian terrorists who thought that by killing Turks they would draw attention to the historic grievances of their people. (****) Commenting on the murders, The Economist dwelt on Armenian claims of genocide at the hands of Ottoman turks in the First World War. In a letter to the editor, Kuneralp pointed out that his wife had not been born at the time. The article was a typical responce to terrorism directed against Turkey.


Since 1973, when the Turkish consul in Los Angeles became the first victim of Armenians assassins, the Turkish authorities have repeatedly urged Western governments to take action against terrorist groups which use their territory as a base for attacks on Turkey and Turkish interests. The French moved against Armenian terrorists only after four Frenchmen were killed, along four foreigners, by a bomb attack against the Turkish Airlines at Orly airport in Paris in 1983. The Kurdish PKK and Turkish Marxist-Lenininst terrorists had offices throughout western Europe until after the attack on the Twin Towers on 11 September 2001. Long before November 2003 when the British consulate and a London-based bank as well as two synagogues were blasted by terrorists in İstanbul, Turkey had asked that the Islamic terrorist group IBDA-C (İslamic Grand Orient Raiders Front), which was to cliam responsibility for the attacks, should be placed on the EU list of banned organizations. There was no response. But immediately after the outrages, British subjects (and other) were advised not to travel to Turkey, international football fixtures were transferred from Turkey to other countries, and it became more difficult for Turks to obtain British visas. It is not easy to be a Turk when terrorists strike your country ... 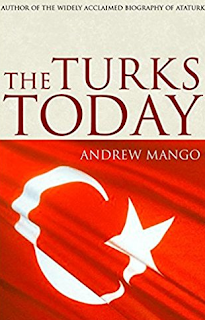 (*) Armenians stabbed the Turks on the back, that's brings of course deportation. They could come back after the war, but they didn't! Because they had no guts to face their neighbours!.. There is no Armenian genocide, it's one of the biggest lie on earth!

"This is as massive of a tall tale as that told by the Armenian high priest’s claim of massacre." LİNK

"Mass Graves of an Alleged Genocide by Prof.Ata Atun": LİNK

(**) Azeris ethnic is Turk. The Russians called them Azeris to make them forget that they are Turks, and seperate them from the Turkish identity and culture.

(***) Many German Jewish scholars was rescued from the Nazi's : LİNK

We remember our Martyrs with Respect ...

Resat Morali and Tecelli Ari, Counsellors of Labour and Religious Affairs at the Turkish Embassy in Paris were attacked by two terrorists when they were taking their car in front of the Labour Attaché’s office. Morali was killed on the spot while the Religious Affairs Attaché Ari succumbed to death at the hospital where he was rushed with serious wounds. The attack was owned by ASALA in this third murderous attack of Armenian terrorism; Turkey protested to France for not properly protecting the Turkish diplomats. ...  (Feigl: Ilkay Karakoc, the Paris representative of Anadolu Bank, was also targeted. "Morali and Karakoc try to flee the scene and make it safely to a cafe, but the owner throws them back out onto the street. Karakoc still manages to escape. Morali is murdered in front of the cafe. Ari, who was the first one targeted, dies a short time later. There are countless witnesses, but no one can 'remember' what the murderers looked like. The Shahan Natali Group of ASALA claims responsibility.")

Resat Morali and Tecelli Ari, Counsellors of Labour and Religious Affairs at the Turkish Embassy in Paris were attacked by two terrorists when they were taking their car in front of the Labour Attaché’s office. Morali was killed on the spot while the Religious Affairs Attaché Ari succumbed to death at the hospital where he was rushed with serious wounds. The attack was owned by ASALA in this third murderous attack of the Armenian terrorism and Turkey gave a protest note to France for not properly protecting the Turkish diplomats.


An armed assault was made against Turkey’s Belgrade Ambassador Galip Balkar on 9 March 1983 by two terrorists. Mortally wounded in this attack, Balkar died on 11 March. A Yugoslavian student also lost his life in this incident. Terrorists Kirkor Levonian and Raffi Alexander were sentenced to 20 years of imprisonment on 9 March 1984, exactly one year after the incident. ...  (Feigl: "Balkar['s]... driver, Necati Kayar, is shot in the stomach. As the two assailants flee from the scene, they are bravely pursued by Yugoslav citizens. One of the terrorists shoots and wounds a Yugoslav colonel and is in turn apprehended by police. The second terrorist opens fire on civilians who are chasing him, killing a young student. The two terrorists, Kirkor Levonian and Raffi Elbekian, are tried and sentenced.")