Scythians and Kushans are Turks

"This was followed by the conquest of Sakas or Scythians and Kushans (120 BC - 200 AC). Scythian remains unearthed at Banbhore (the old port of Debal) indicate that they had advanced far to the south of Sind. Both Scythians and Kushans were of Turki origin and they conquest also brought in Sind the cult and culture of the Turki tribes. Later, the great Kushan Emperor, Kanishka, became the champion of Mahayana Buddhism which spread into Sind during 100 BC - 100 AD.

Kanishka's third successor Vasudeva ruled Upper Sind and the Indus territories. His coins have been found at Mohenjo-Daro. The Turkish influence was strengthened under the Parthian kings (50 AD-200 AD). The coins of the Parthian king Gondophanus (47 AD?) and his successors have been found in Seistan, Kandhar and Sind. The Turkish influence was further strengthened under the Epthalites and the White Huns (4th -5th c AD). Under the White Huns, Buddhism suffered a heavy blow."

Sind a Historical Perspective, from Ancient times to 1970's 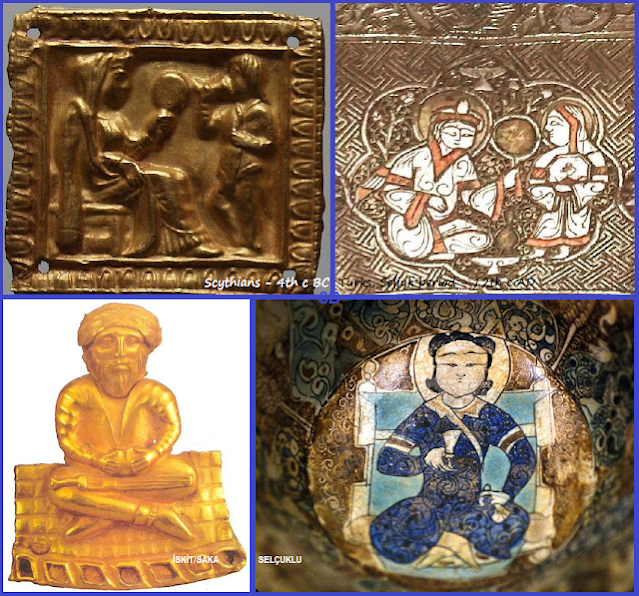 Scythian Turks and Seljuk Turks
The continuity of the Art