The Sun Disks were found in a group of 13 tombs
at Alacahöyük,
known as the Royal Tombs
and dating from the Early Bronze Age.
(between the middle and end of the third millennium BC)
NOT HiTTiTE, but HATTiAN

A circle with a plus in it
Tengri in Old Turkish for God....
Saymalıtaş/Saimaluu Tash
(15.000 years old) 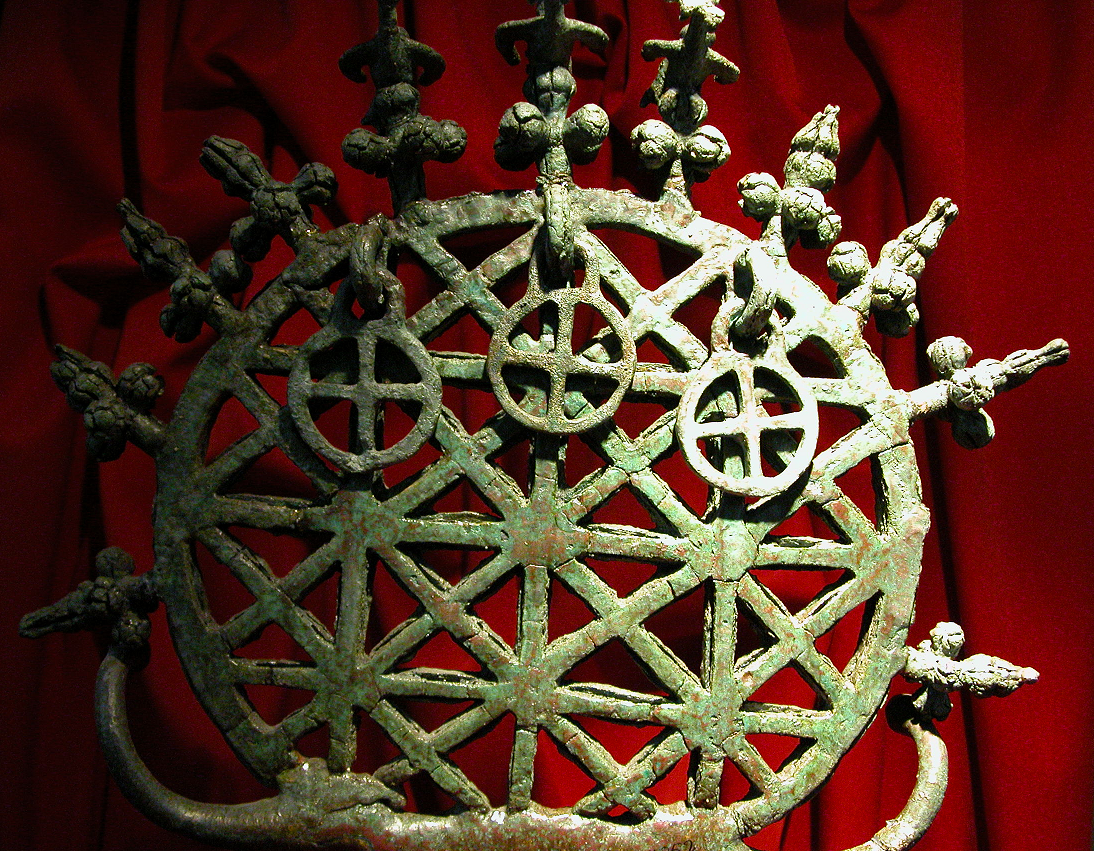 The oldest name for Anatolia (Asia Minor) was "Land of the Hatti"...Hittite came after the 2nd millennia BC, but the Sun Disk was made before that time. And Hittite used Hattian language to, also called as Hattic, Khattic or Khattish, non-Indo-European-non Semitic, an agglutinative language like Turkish of ancient Anatolia in 3rd and 2nd millennia BCE.

+ in circle represents the god, in old Turkish Tengri (Tanrı), birds on Hattian sun disc represents  the soul is being taken to god, in Turkish there is philosophical thought system with dead: Soul/spirit is flying to god. The warriors who is dead have always a bird in his hand. 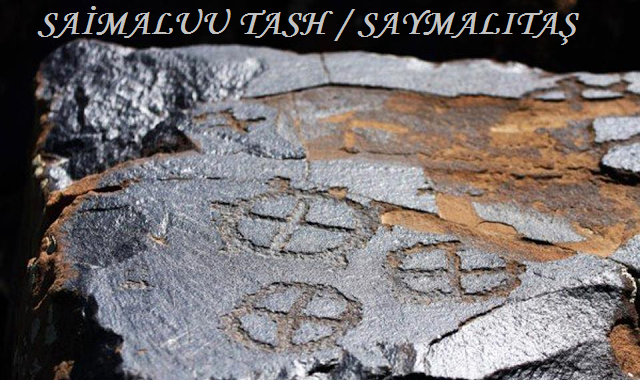